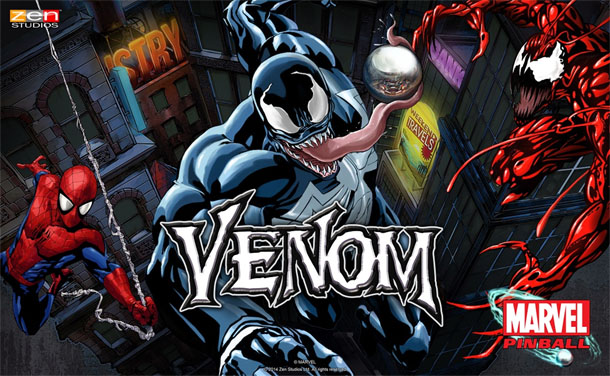 The electrifying pinball table from Zen Studios and Marvel based on the Lethal Protector himself, Venom, is launching this week across Zen’s pinball platforms on PlayStation 3, PlayStation 4, PlayStation Vita, Xbox One, Xbox 360, Nintendo Wii U, Steam, Mac, iOS, Android, and Amazon! To celebrate, Zen Studios has released a brand new trailer showcasing some of the spectacular gameplay found in the table.

The Venom pinball table features Eddie Brock as the Symbiote-empowered villain as he faces not just his mortal enemy, Spider-Man, but also the threat of his twisted offspring, Carnage.  Can Venom and Spider-Man team up to defeat a greater threat?