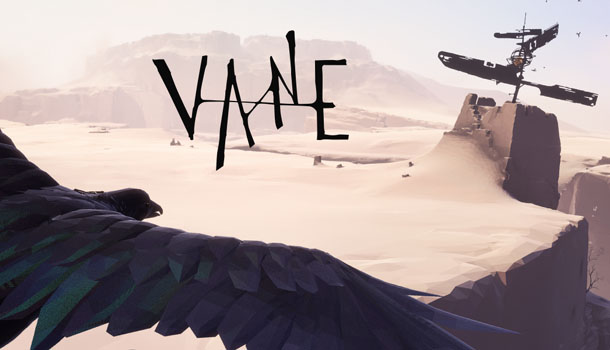 The PlayStation is known for some high-concept games like Flower and Journey; games that are more about the experience than a proper story, and many of those games are now finding their way to PC.  Vane, released on PS4 this past January, desperately tries to follow in those footsteps with a totally unstructured and unscripted presentation that drops you into a ruined desert and leaves you to figure out why you are there, where you need to go, and what to do once you get there.  The four chapters plus prologue will take most gamers 3-4 hours to complete, and during that time you will explore a variety of outdoor and indoor locations while transforming between bird and child solving all sorts of environmental and mechanical puzzles.

The prologue kicks off with you playing as the child trying to escape a violent storm that is literally ripping the level apart.  Just when you think you are safe you are not, and now you find yourself out in a desert flying around as a big bird – pretty sure it’s a crow or a raven – with no idea of where to go or what to do, and that pretty much sums up Vane; a game with no real direction, motivation, or guidance other than the occasion glint on the horizon. 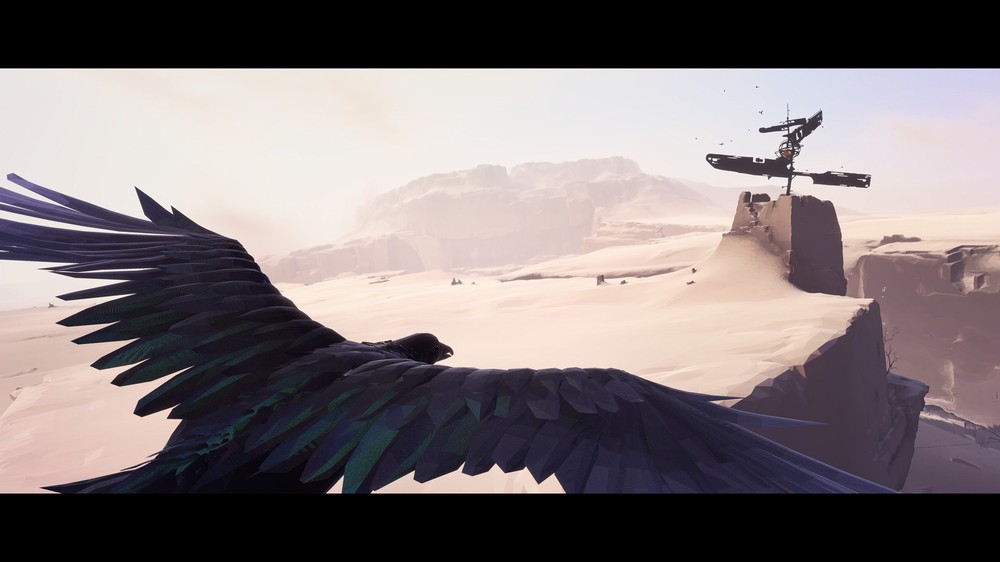 Flying around is actually a soothing almost Zen-like experience.  You press the A button to flap your wings to climb or you can aim down with the stick to dive towards the ground at great speed.  The camera does a good job keeping things in proper view and can be manually adjusted with the right stick.  The only time the flying gets annoying is when it comes time to perch on something, and this is something you do a lot.  Trying to get your distance and altitude just right while mashing the B button does get easier over time but never as easy as it should, and I was often circling back and struggling to connect with perches.  It’s also worth noting that at the time of launch Vane is having issues detecting some controllers including my Xbox 360 wireless.  There are several workarounds already posted in the Steam forums, but the easiest fix is to plug-in or turn on your controller AFTER the game has loaded.  The devs are working on a fix.

From time to time you can also transform into human form using fixed points of golden energy.  This factors into several puzzles that require both bird and human interactions to solve.  For instance, the bird can knock a hanging bird cage to the ground, but only the child can actually open that cage to free the bird inside.  The child has fairly good control with the ability to move/roll objects, jump small gaps, and climb short ledges.   While transforming into a child requires a specific location, transforming back to a bird is as easy as jumping off a ledge and falling. The presentation is very unique with a primitive polygonal art style.  The bird model and animation is fantastic, and there is this cool flocking dynamic at play with other birds that you can summon with a screech to assist you with puzzles.  The environments are wildly diverse in both visuals and construction.  The sweeping deserts with rocky canyons and patches of oasis are fun to view from the sky and the low-poly construction keeps pop-up to a minimum, but detail is absent when you start skimming the surface.  The power of the PC fixes up the jaggies and shimmering issues that plagued the PS4 version, and if you throw a high-end GPU at this you can even run Vane in 4K, which totally solves any aliasing issues. 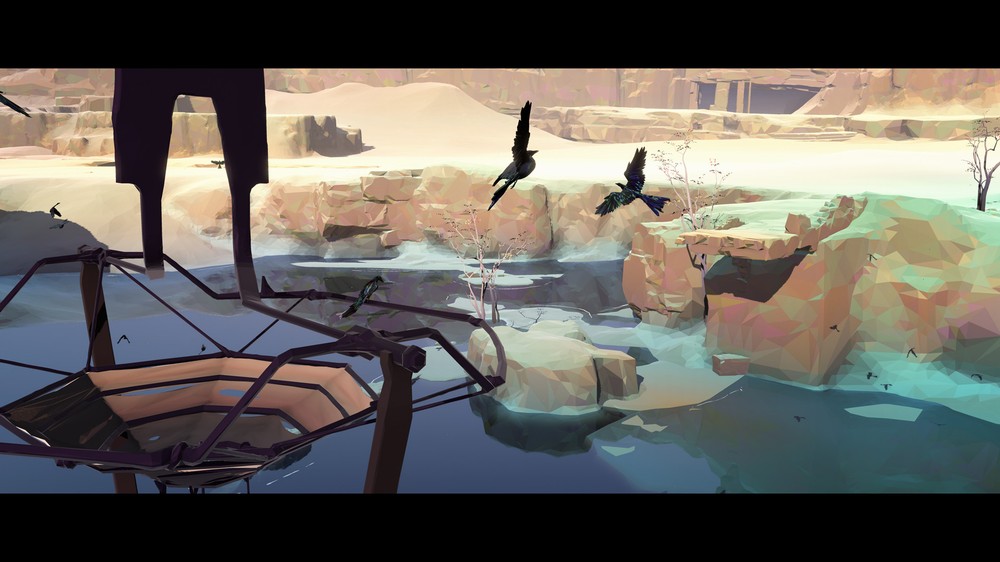 Overall, the look is highly original but could certainly do with some clean-up assuming this look wasn’t intention.  For example, the clouds of dust that kick up when the child is running around – they are these cel-shaded poofs of dust that look like they came from a Looney Tunes cartoon and totally don’t mesh with the rest of the art style.   Conversely, there are some really awesome effects in play like this time sphere you are rolling around that sends out these pulses that change the terrain and architecture; just one of several interesting time warp effects.

I totally believe this game would have made a fantastic VR title.  From a flying standpoint this would be right on par with Eagle Flight, and moving the child around 3D environments would have been similar to Moss.  The minimalist art style with shaded textures and low-poly construction would have been perfect for Rift or Vive, adding a whole new level of immersion. 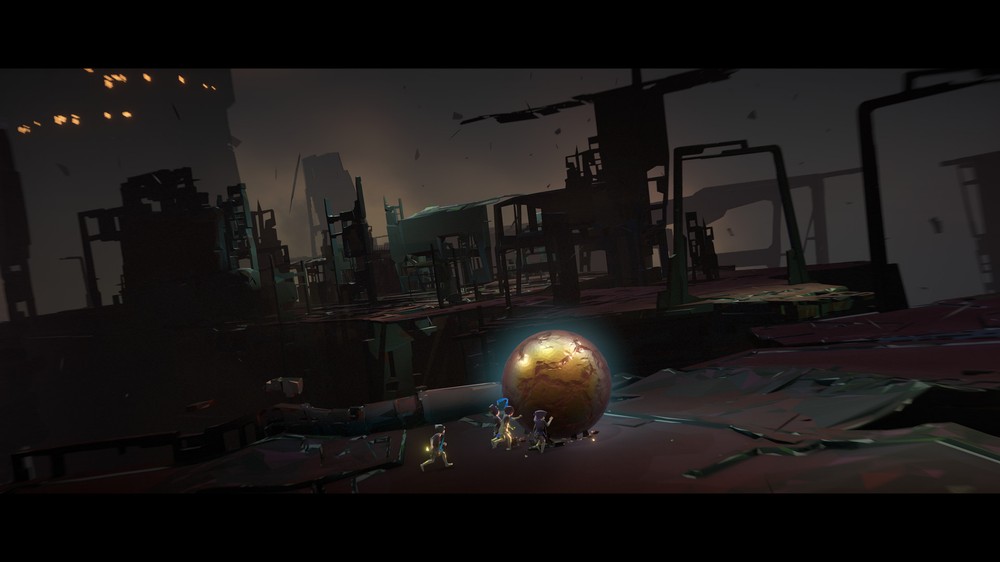 I’m totally comfortable recommending this game, especially for $20 versus the $25 it cost on PS4. But you had better be a big fan of directionless gameplay, relatively easy puzzles, and somewhat dated (or intentionally stylized) graphics.  There are some memorable and satisfying moments buried in the deserts of Vane, but they are as elusive as an oasis and still may not quench your thirst for entertainment. 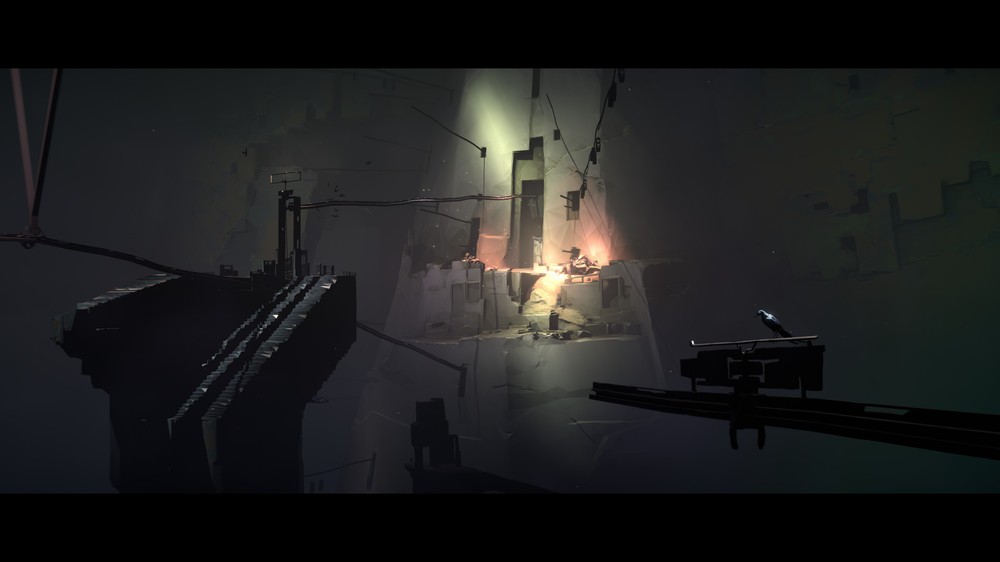