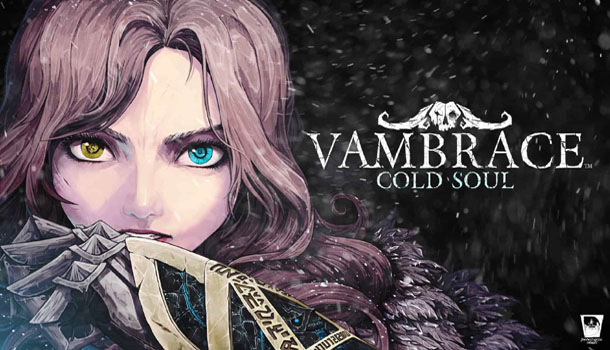 In the world of Vambrace: Cold Soul the city of Icenair has been blocked from all outside travel and communication by something called “The Frostarch” a cursed wall of ice put up by the one they call “The Shade King”. You play as the titular heroine named Evelia Lyric, simply Lyric for most of the game. Lyric is the first to cross the frozen wall and enter the city of Icenair, she is of course woefully unprepared and the extreme cold makes her pass out. She is found by one of the rangers searching the city and is taken to the town beneath the city where the survivors now live their life. After coming to and being questioned about her intentions and exactly how she managed to do something nobody else had before, cross the cursed “Frostarch” and enter the city. We find out that Lyric was able to do this with the possession of a relic called “The Aetherbrace” passed along by her father and it allows her to dispel minor “Frost Fences” which can bar travel for normal adventurers. While the underground dwellers would love to be able to use the Aetherbrace for their own accord it turns out Lyric can’t actually remove it, so anything that needs to happen has to include her. 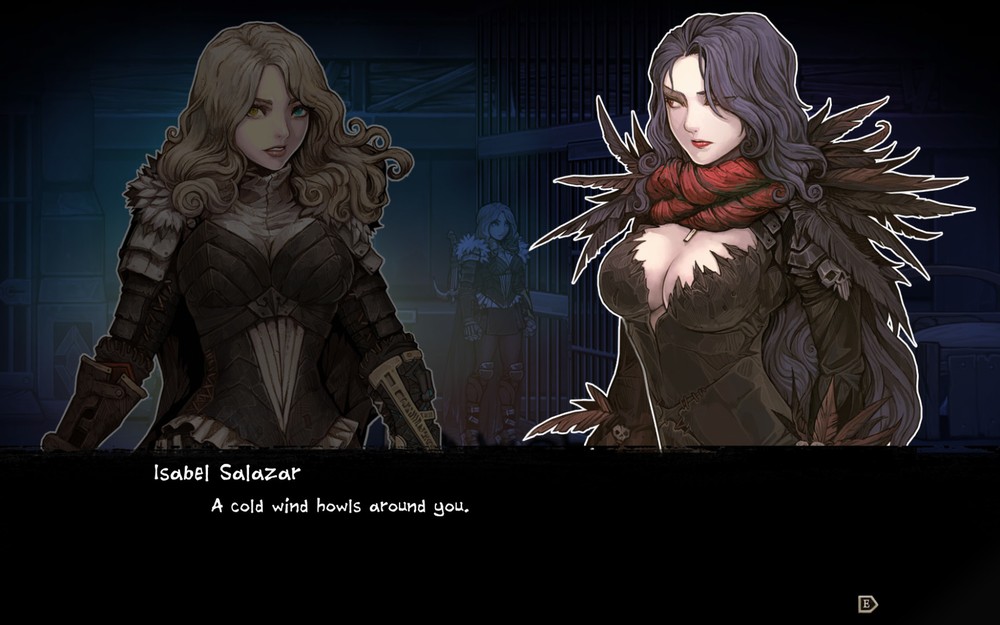 While you play as Lyric as your main character, you’ll also be recruiting many more characters due to the nature of the recruitment board and the five races that live in this world; Ethera, Humans, Elves, Foxiers, Dwarfs and the Drow, and those races can be recruited at the board as one of 25 different classes so there are a ton of combinations that you may find during your expeditions. At the recruitment board you’ll have your choice of volunteers who are willing to go out to the city in your adventures and the board will give you a look at their class, what they excel at such as merchantry, to give you better prices when haggling, awareness, which will allow you to sense traps you might encounter along the way. Recruiting the right set up can make or break a successful mission, you either have someone that can sense traps or not and will pay the price for it.

Lyric gains ability points as you progress through the story and you can choose to put them into the major attributes which affect your damage, health, vigor, awareness, merchantry and overwatch. Damage and health are pretty self-explanatory and vigor pertains to your stamina points. Awareness and merchantry are defined as the ability to perceive traps and hidden objects while merchantry could allow you to get discounts or even rare items from the merchants you encounter while exploring. Overwatch is special because its special only while camping in an expedition environment and it protects you from attacks while resting and healing your party. Lyric regardless of what you allocate points into will always be a ranged class so its good to keep that in mind and why she probably shouldn’t be upfront in combat, just a tip. 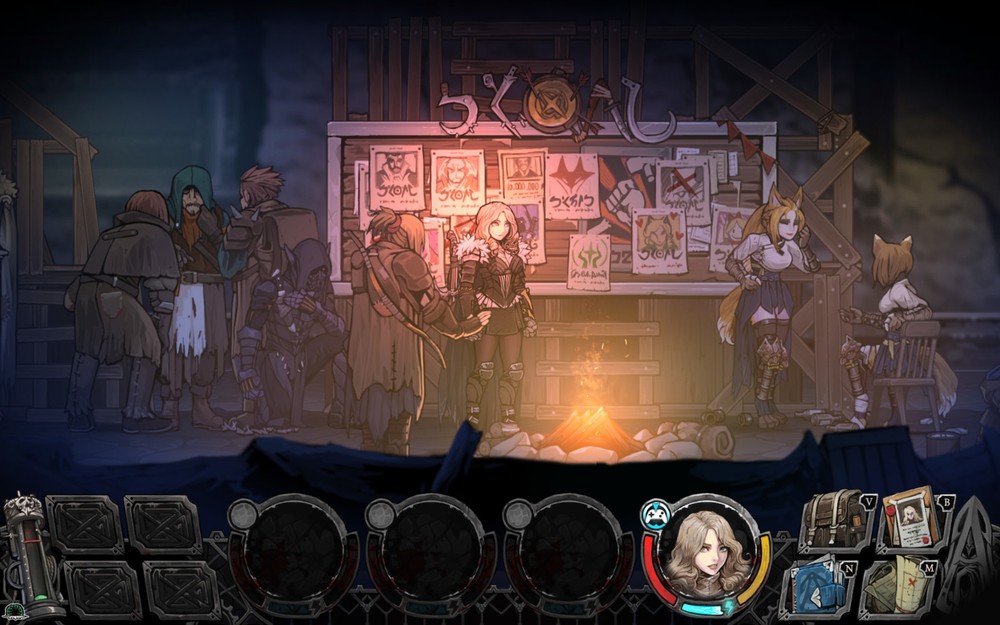 So in regards to recruitment and expeditions as I’ve mentioned you select your volunteers from a mix of the five races and 25 different classes so that you can build your party which gives you the choice of either going balanced with a Tank, range, mage and Lyric as your fourth or go full damage and forget tanks altogether. I found having someone who can sense traps was pretty much mandatory unless you wanted to spend your ability points on that for Lyric. At this point I’m not sure just how many unique characters there are that you can recruit, so it’s a good idea to go back and check the recruitment board every so often to see if there is anyone new that might complement your party better than someone else. There’s no cost to dismiss and hire new party members so swap away. Equipping your characters with gear will affect their primary attributes but almost always include a penalty, so an item that increases health and armor will most definitely give you a penalty to awareness so making sure you equip the right characters with the right items is pretty important. A big part of the game is to also check the scattered treasure boxes and crates for materials that you can use for crafting. These materials will be your primary method of attaining better items and decking out your comrades as well as Lyric.

Vambrace: Cold Soul has a beautiful art style, and while I wish I could say Lyric, the titular character, is the best looking of them, there are such great looking characters such as the sorceress Isabel and the Runaway Princess Charlotte that choosing a favorite would be difficult. The enemies look exactly like what I imagine a bunch of “spooks”, as they are titled, would be with an eerie Icey glow about them to give them that frozen cursed wraith look they are going for. The world of Vambrace is split up into two distinct views depending on whether you are inside a building or on an expedition. The game is Top Down view when you are in the underground Icenair city and are controlling Lyric to move around and visit the various buildings to find your merchants, crafters and of course the super important bar area. 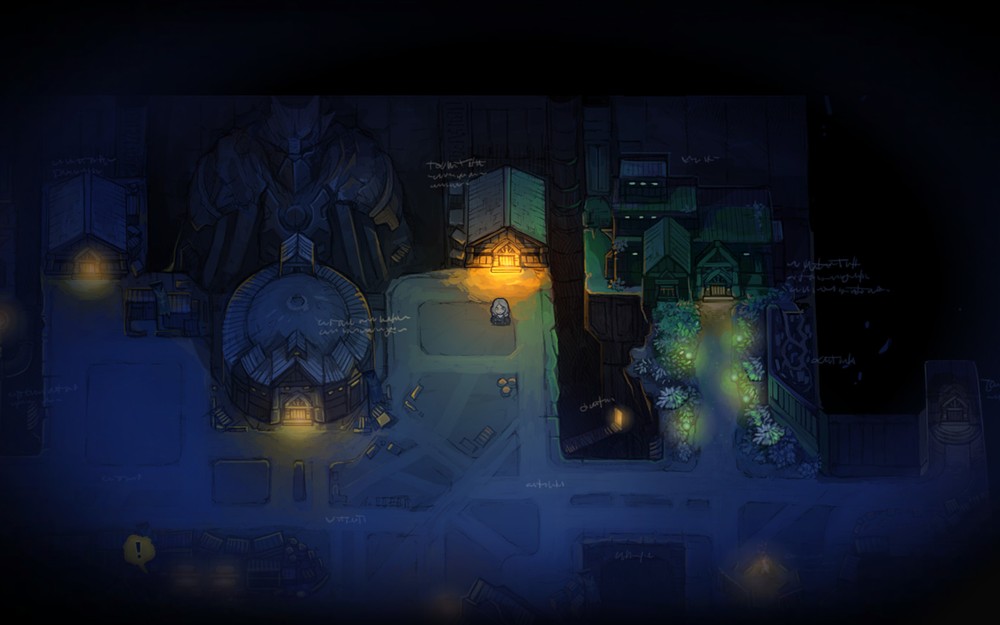 Once you choose a building or area to enter such as the market it switches to Side-View and your movement is strictly side-scrolling until you go back to the overworld area. While you are top down lyric gets a sort of Chibi or “miniature” model and moves extremely fast, which I enjoy, whereas while side scrolling in the expeditions or inside buildings you move at a much slower rate with some areas you can run left and right and while this makes sense thematically due to the fact you are either going to need to talk to someone while in a building or searching for items and traps laid out in expedition its just slightly too slow and made me feel like it was done to artificially extend playtime.

So, I’ve mentioned how the side scrolling view is going to be the default view when on expeditions and its also the view when in combat as well. Combat is turn based and the different classes have different abilities that can either hit a single target, multi targets or cause statuses to the enemies. Your party layout matters in the overworld for finding traps and when talking to merchants but in combat it doesn’t matter much as most of the tank classes that I personally chose had a taunt ability that I used to keep damage off my squishier characters. I found that having a ranger class with multiple target abilities was decent, but the lesser damage of the skills made them outclasses by single target higher damage skills of some of the melee and spell caster classes. Combat is also pretty slow with no way to really speed it up, personally I like faster combat, even if turn based or at least a setting to speed it up. With only 7 chapters in the story it’s not that I want to breeze through them, but I don’t want to get burn out before I get to the good stuff either. 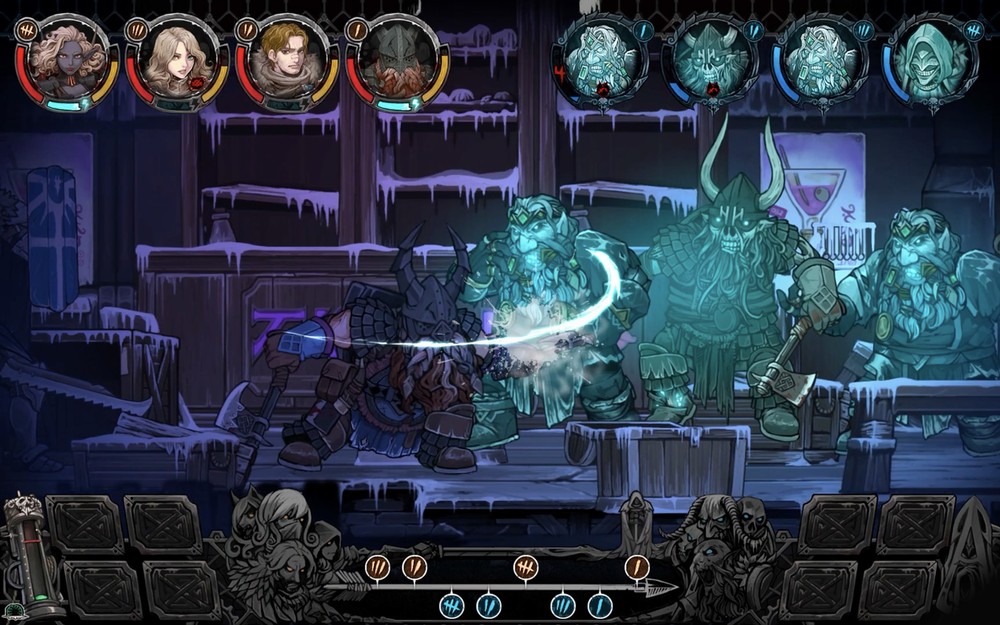 Overall Vambrace: Cold Soul will probably fit into a pretty niche market for RPG players due to the way you really have no backstory for anyone other than the primary character and you don’t care what happens to your recruits. They can die in combat and no harm no foul, but the minute Lyric is knocked out you are rushed back to the hospital and your wounds tended. The game looks good, sounds great but plays too slowly for the typical RPG I enjoy, which I guess that’s why the creators decided to add the “roguelike” genre to it as well. Overall I’d recommend giving it a try if you like those elements. Vambrace Cold soul releases May 28th in North America on Steam.