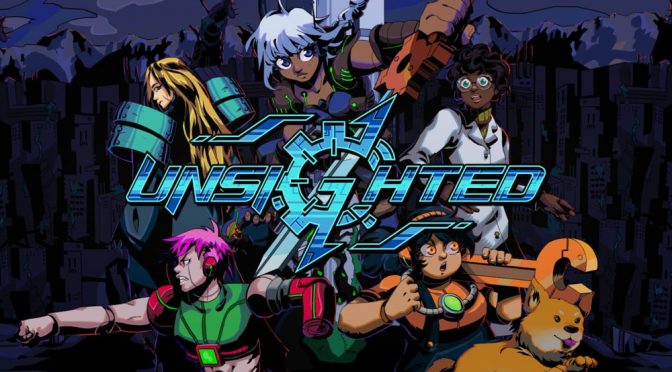 Unsighted is a unique game that merges a fantastic premise with exploration and well developed combat. You play as Alma, an amnesiac automaton who awakes in a war torn world looking to discover her past and to protect her friends from becoming the devolved machines known as the Unsighted. You begin to learn more about the city and how the loss of anima, the source of energy that gives all automaton their free will, has been extinguished from the world. 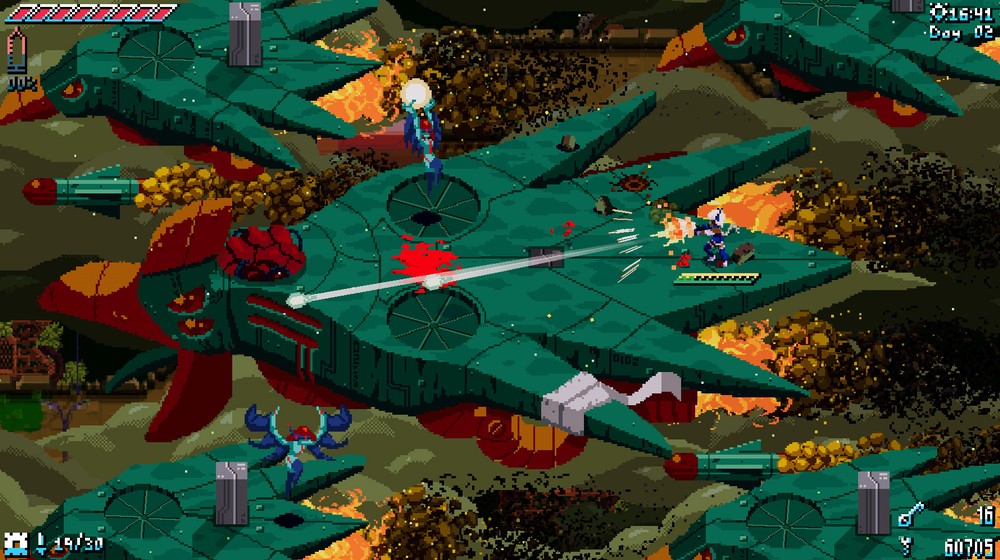 The premise isn’t just for show either. As you meet the diverse cast of characters throughout Arcadia, you see a timer letting you know how much time they have left before they change. Even Alma has a timer that ticks away in real game time. Once their time is up, you have to put them to rest. Meaning you could miss out on valuable items and quests that can give you better abilities or even the means to stave off devolution. You must quickly gather five meteor shards spread across the multi-level city of Arcadia to save them all.

This requires you to manage your time wisely as each puzzle, dungeon, or chest may not even be necessarily worth your time unless it is for meteor dust or the meteor shards. Meteor dust allows you to extend the time for you or any of your friends who may need that extra day. It also helps grow your relationship with them, amounting in discounts or even upgrades not available anywhere else. It is only optional to give away meteor dust. You could even hoard it for yourself for more time or to increase the number of syringes you can hold. 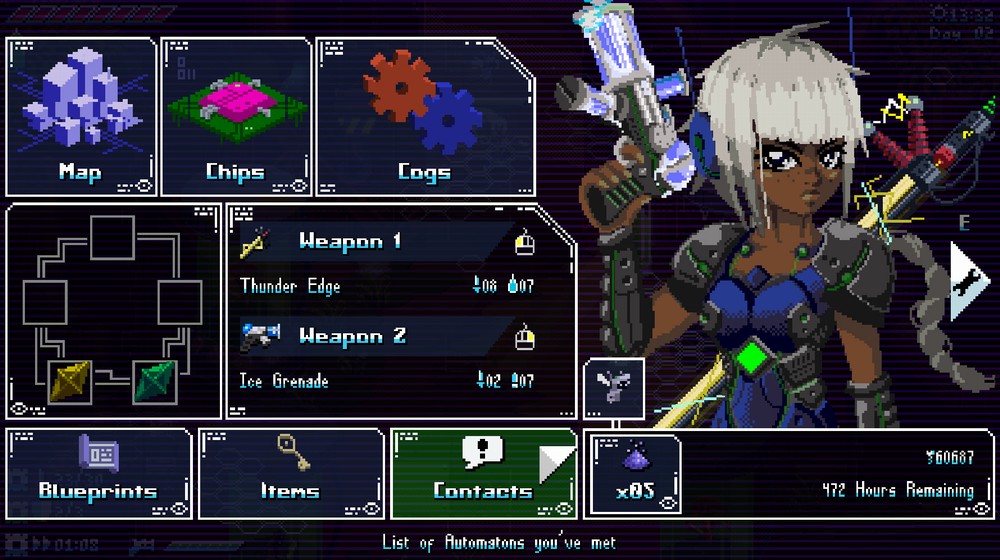 The combat style has elements of a Souls game. You can dual wield weapons ranging from melee to firearms, use syringes to heal yourself, and use consoles to recharge and to teleport once they are activated. A unique feature in Unsighted is a combo system that allows you to multiply the amount of money you can earn and how much damage you can do based on how you dispatch your enemies. Another unique feature is upgrading Alma with ability granting chips. These chips include increased stamina and running with no cost to stamina. Cogs can complement your chip build with temporary effects such as instant revive or increased attack. Alma can also upgrade her weapon’s attack, stamina cost, and/or magazine size with various materials found throughout the city.

I had so much fun exploring the empty and vast city as I looked for various shortcuts and upgrades. Each dungeon is well designed and has its own well thought of item. For example, the aquarium requires you to have the ice grenade to traverse through it. Even some of the earlier items like the spinner allow you to travel across the city faster and discover hidden sections of the map previously unavailable. The puzzles are well done, even if some are designed to have you go back and forth to complete them. 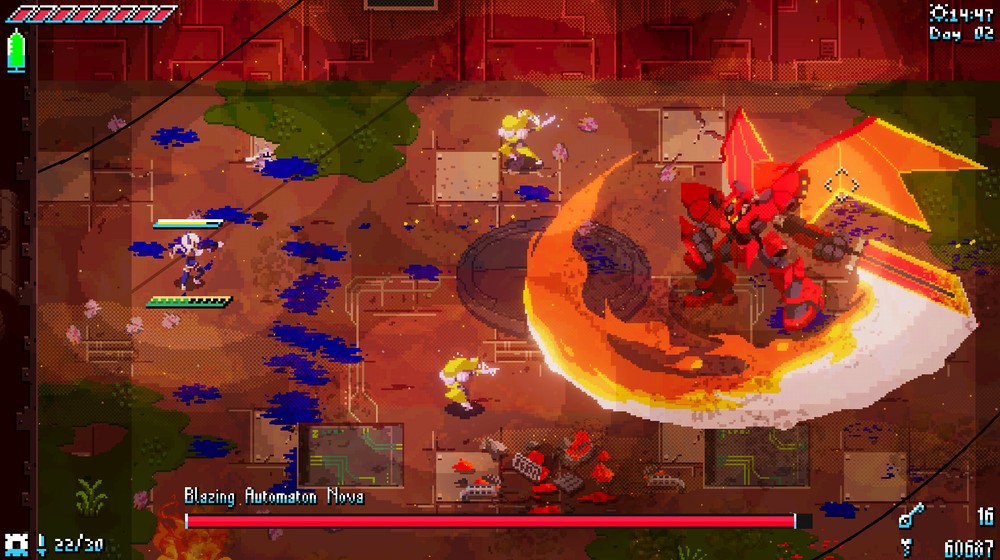 Although Unsighted is a grand experience and has plenty of praise from borrowing from other great games, it has a few hiccups. The soundtrack does leave a little more being desired as I felt like some of the boss battles would have been a little more epic if the right soundtrack was guiding the flow of battle. Another issue I came across was that difficulty was never consistent. Sometimes I would clear a path as if I was walking in a field of bubbles and others I would be closer to death before I could make it past a room or two. As long as you come in with an open mind, I still believe those few flaws do not even throttle how amazing Unsighted is.

Once you finish the game, the replayability is endless. You unlock a new harder game mode to see if you are up for the challenge, a new game plus mode that allows you to keep everything you have and play in a new way for a different ending, a boss rush mode, and a dungeon raid mode. Not only is there a ton to do, but you can also do it with a friend in co-op mode from the couch or through remote play. 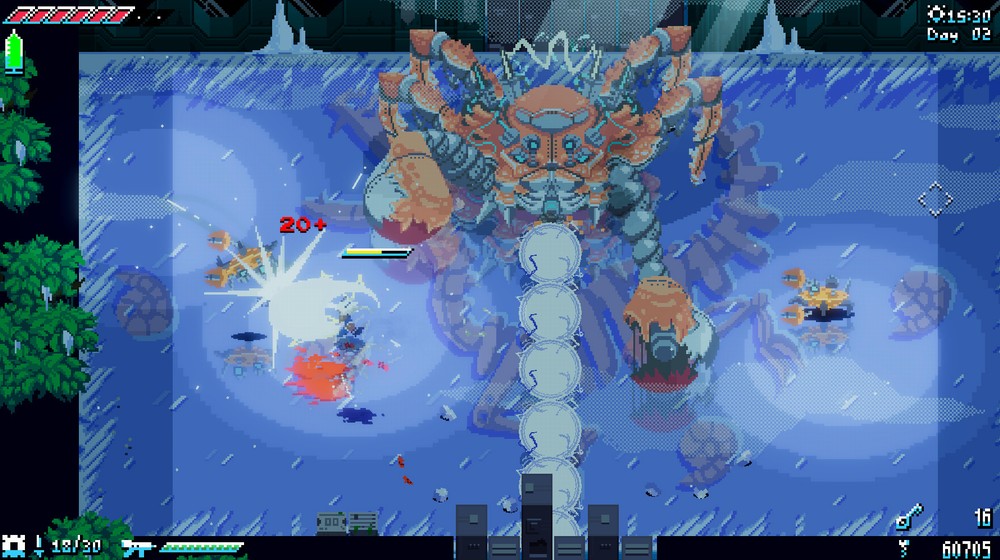 Unsighted is a hidden indie gem buried under AAA titles.  Studio Pixel Punk really outdid themselves with their first title. Unsighted is a result of love and dedication to the games of the past. It allows players to adventure in their own way and in more ways than one. The combat is flexible and well crafted, the environments are developed into a beautiful landscape that’s always a thrill to travel through, and the story delivers a cast of diverse characters and a well-deserved payoff at the end.