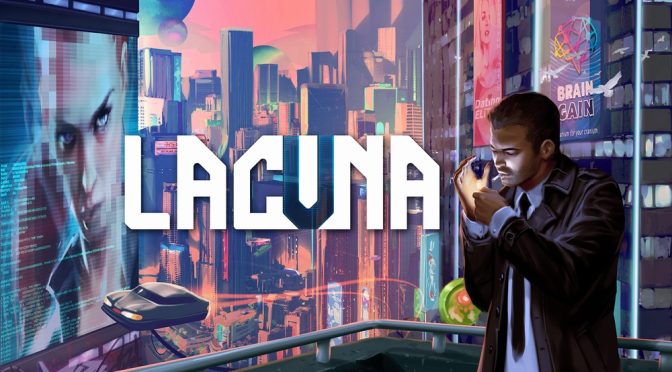 What better way to ring in the holidays than with a good old-fashioned murder mystery? Better yet, what if that mystery was available today on Xbox One, Xbox Series X|S and PlayStation 4|5? Thanks to the gracious folks at Assemble Entertainment and indie developer DigiTales Interactive, the critically acclaimed pixel-noir title Lacuna has made its way to consoles to spread some immersive, moody, and compelling holiday cheer. And if you’re a Nintendo Switch player, you’ll be able to dive into the mystery on December 28th!

Set in a beautifully melancholic 2D sci-fi noir universe, Lacuna is a pixel art adventure that challenges you to utilize expansive dialogue options to make decisions with potentially significant consequences. Step into the well-worn shoes of Neil Conrad, a hardened CDI agent with a troubled past. Awoken by the news of a grisly murder, Neil will rush into the case that will promptly turn his life — and the whole city — on its head. You must use your moral compass to navigate an emotionally intense experience that is sure to raise some critical self-reflection. Interrogate suspects, collect evidence, and discover the truth…no matter the consequences.

“The idea for Lacuna was born around seven years ago and evolved quite a lot over time,” said Jasmin Pfeiffer, Lead Writer and Co-Founder, DigiTales Interactive. “Our main inspirations at that time were not only obvious choices like Detective Grimoire or Return of the Obra Dinn, but also famous franchises like The Expanse and Ghost in the Shell.”

Lacuna is no stranger to recognition, having been nominated for ‘Best Sound’ and the ‘Innovation Award’ at the German Developer Award, the ‘Excellence in Narrative’ award at DevGamm, and ‘Best Story’ and ‘Retro Roots’ at the Pixel Awards Europe 2021 in Poland. The game has received notable praise among both players and press; the game currently holds a “Very Positive” Steam user rating. This stands as a massive accomplishment for DigiTales Interactive, a four-person development studio that launched Lacuna as its debut title.

Lacuna is now available for $19.99 on the PlayStation and Microsoft stores, with an additional 20% discount for Xbox. The Nintendo Switch version will launch on December 28th, 2021, on sale for 20% off for a limited time.