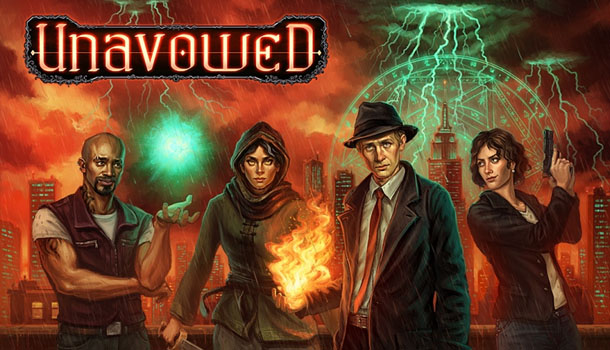 Point-and-click style adventures bring back memories of a bygone era of gaming. In a world of adventure games with slick interfaces and predominantly single-minded storylines, games that focus on substance over style have become like elusive, mythical creatures. They have become the white whales of the gaming industry. Luckily for those of us who care more for complex stories with intertwining plot lines and serious choices that actually have a great impact on the story, there are games like Unavowed out there.

From the developers that made Gemini Rue, we are treated to another fantastic adventure here with Unavowed, which is a game about demons and those select few who have chosen to sacrifice everything in order to stand up to them and keep them at bay. 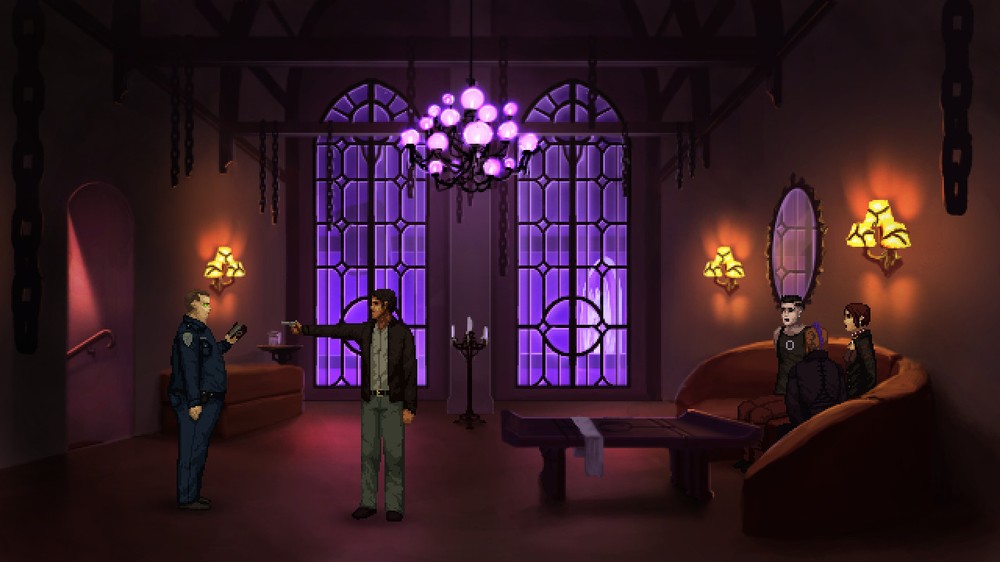 The hard choices start from the very beginning of the game where you are being exorcised and the one doing the exorcism asks you to remember who you are. You are given three choices. None of them is the “right” answer. You can choose any of the three that describes who you were before you were possessed and then that reality becomes true. This single choice sets one of three background stories in motion that will show who you were and how you came to be in the position you found yourself.

Things like this happen quite often in the game. There are places where you are given a choice. And depending on what you choose, different outcomes really do happen. It isn’t like some other games that only give you the illusion of choice and then just hand-wave and make the thing happen no matter what you said or did. This game really allows you to have a choice in what happens. 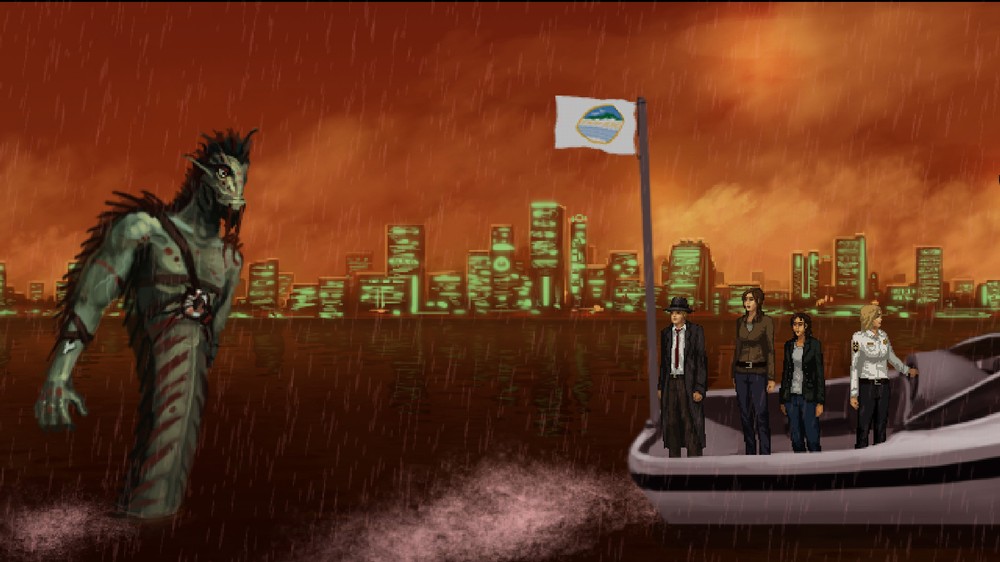 The website for Unavowed claims that this particular game has twice the resolution of a typical Wadjet Eye game. The game still exudes a very retro feel, and part of that comes from the pixelized graphics and basic animations. The scenes are all very well designed, however, and there is a great sense of place in each location, especially when it comes to ambient noises and atmospheric details. Near the beginning of the game, there is a rainstorm happening and at first you are on the roof of a building. The sounds of the rain were very direct and gave me that feeling like I needed to seek shelter. And then, once the story moved inside, I was impressed to hear that the sounds of the rain continued, but it was that sound of rain on glass and it created a much different atmosphere for the scene.

The puzzles that you need to solve are somewhat typical from a point-and-click style game, but not in a bad way. They will feel familiar and approachable to anyone that has played a game like this before, but the solutions aren’t obvious, nor are they so obscure that you feel like you’ve got to go find a wiki somewhere that will walk you through it. The format usually follows the “go find some object and then use it on the right thing in the world to make something happen, which will then allow you to do something else” kind of thing. The things that you need to use are not always immediately apparent and require you to look around a bit before you can figure it all out. 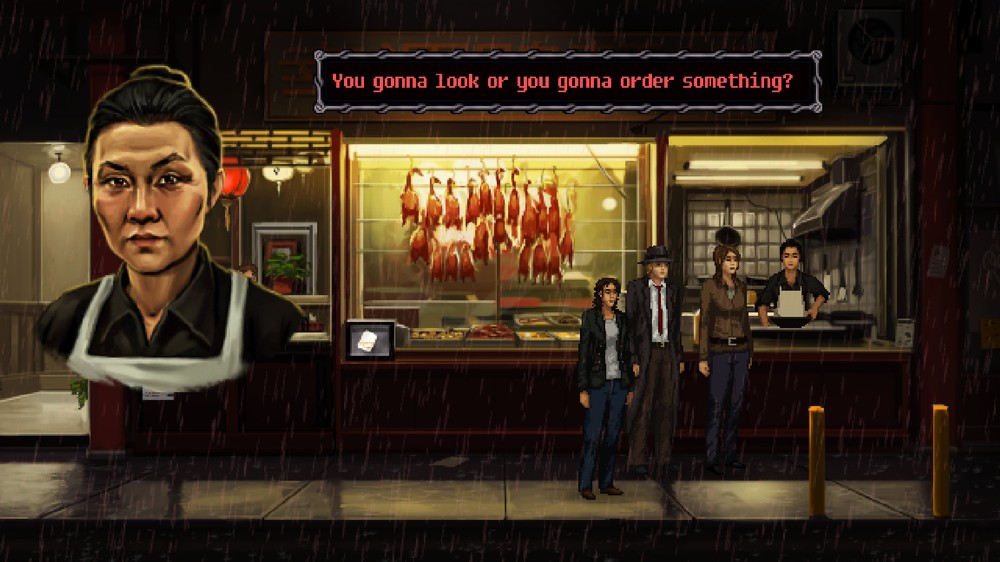 I really like the interface that the game uses, which pops up the “look at” type description by just mousing over things, instead of having to click on every single thing on the screen, like I found myself doing in the old point and click style games of yore. Just scanning your mouse around like it is your eye is much more intuitive and fluid. Then, when you find something to investigate more closely, you can click on it in order to interact with it in whatever way the context implies.

I think one of the things that perhaps surprised me the most about the game, but was also probably my only real complaint about it was the voice-acting. The game was fully voice acted, which for a game like this, seems like something out of the ordinary. I have become used to reading the text in games like this as the primary form of consuming the story. In Unavowed, however, all of the dialogue is both in text and spoken by voice-actors, which was definitely a pleasant surprise. Except that the voice actors, while not being bad, seemed like the lines they were saying were just being read from a script. Perhaps just read in sequence. Instead of being “performed” with the other actors in the scene. It just felt somehow stiff and awkward at times. I liked the cast of voices that were in the game and enjoyed listening to them, but I felt like there was some kind of disconnect between the various lines. It could be that it was due to the fact that there are so many branching conversations that they needed to record the lines in this way so that they wouldn’t need to re-record lines that were the same. 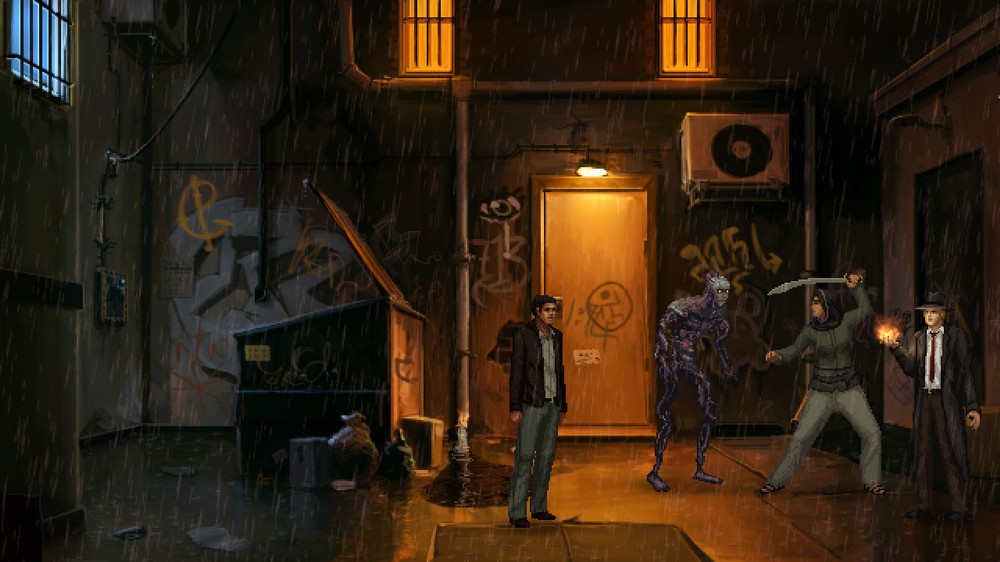 Other than that minor annoyance (which can be bypassed by turning off the voiced lines in the games options) I felt like the game was really good. I enjoyed the story, the characters, the choices, it all came together to create a very interesting experience that brought back great memories of the good old games of the past, while still feeling fresh and inspired instead of just trying to imitate the old.

I will say that not only do I look forward to playing through the game in different ways to see how the different choices change the game, but I also look forward to picking up other games from Wadjet Eye as well and seeing what else they have to offer.