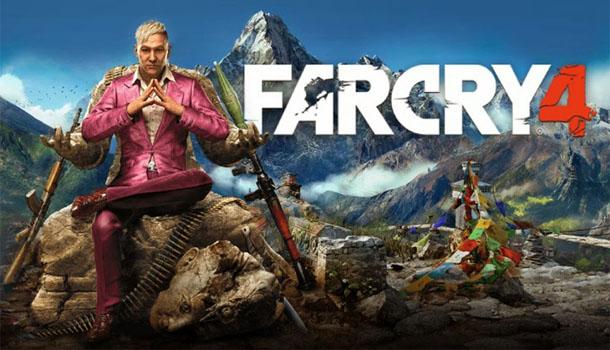 Ubisoft® released a new trailer featuring the weapons of Far Cry® 4. Get an in-depth look at the all-new arsenal of weapons at your disposal. Rain fire down upon your enemies with destructive mortars, grenade launchers, and machine guns, or take a stealth approach with automatic crossbows and kukri knives.

Who will be supplying this impressive arsenal of weapons? Longinus – a former warlord who found God when he nearly died during a civil war in his country, where a priest named Maliya hid him in a church in Pala and nursed him back to health and eventually baptized Longinus in the waters of Goka Falls. Unfortunately, the people of his country saw him as a warlord, and nobody believed his so-called claims of being born again, so he left his country.

Longinus traveled with various religious expeditions searching for the blood diamonds he helped export during his time as a warlord. He followed a trail to the Himalayas and found himself in Kyrat, caught up in an all-too-familiar civil war. Longinus may have been reborn, but this doesn’t mean that the lion became the lamb. His willingness to sell guns and supplies to the sheep, while advocating that they fight for freedom, came from his experience that warlords don’t simply go away.

For more information on the weapons in Far Cry 4, please visit farcrygame.com.