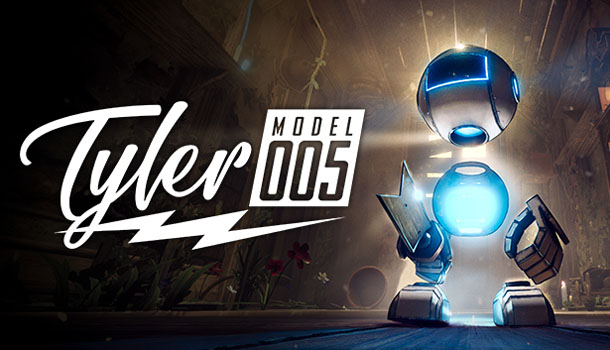 Fresh out of Early Access, Tyler: Model 005 is now available on Steam and is sure to delight those who love tiny robots and big adventure. It’s been many years since Tyler was built, activated, and eventually powered down, but all it took was a 1950’s thunderstorm and a fortunate bolt of lightning to jumpstart our tiny hero. Awake and slightly confused, Tyler finds his creator is missing and his home is abandoned…well, with the exception of all sorts of icky insects and rodents. It’s time to find out what’s going on.

Tyler: Model 005 has a few things going for it right off the bat. Set in the 50’s there is a fun and nostalgic period look to the visuals as well as a simplistic design to Tyler himself who looks like he might be an early prototype for the modern Sphero toys like BB-8, only this guy’s got feet. Tyler is also fully upgradable and customizable. You’ll earn points that allow you to unlock various tiered powers as well as discover countless bits of clothing and accessories you can use to dress and equip our hero. Most items are cosmetic, but there are various primary weapon upgrades you can use to extend your reach and combat damage. 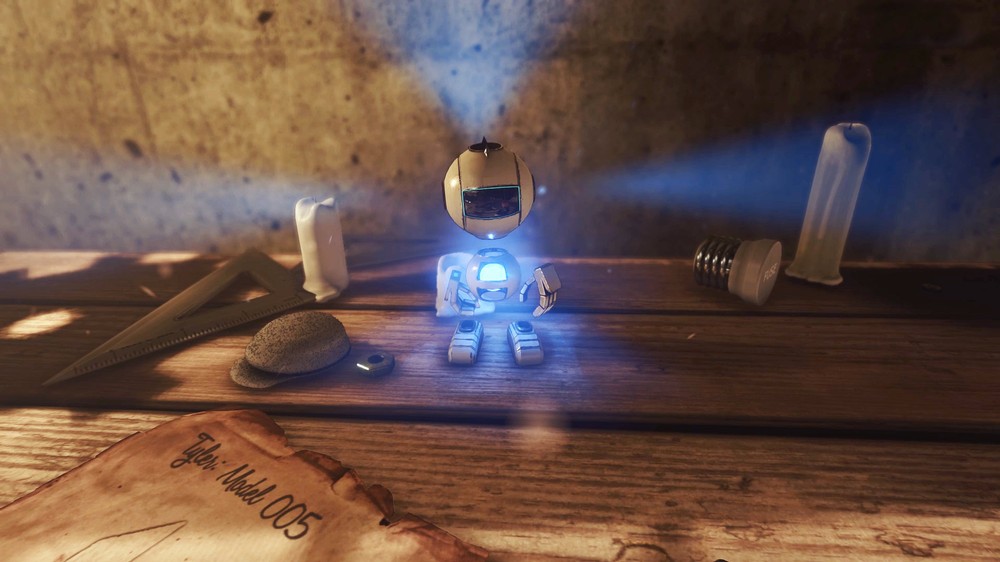 There are plenty of deadly dangers lurking in the shadows, and usually you’ll want to lure your enemy into the light and beat them down with your melee weapon, while dodge-rolling to avoid their attacks. Combat is pure button-mashing with a bit of evasion. Taking damage drains your battery capacity until you can upgrade it with fresh batteries stashed about the levels. Due to your compact size even normal size spiders are quite large and equally as frightening.

The majority of the game is simple exploration of several indoor and outdoor areas in search of anything you can interact with, collect, or kill. Tyler is solar powered with a rechargeable battery, so finding any and all existing available light is critical to successful exploration whether that is a beam of sunshine or a freshly lit lantern. This includes activating new sources of light to extend your range, which will often reveal new items. You can also upgrade Tyler’s battery to store more energy while certain upgrades in the skill tree will slow your battery drain when in darkness. 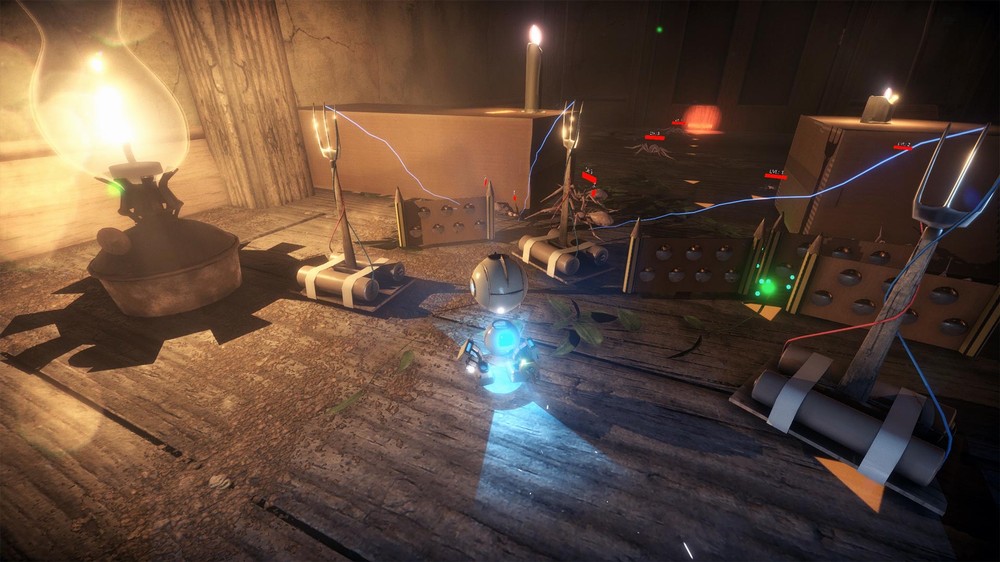 The game offers a linear series of objectives to advance and complete the main story, but you are free to break away from that critical path at any time to pursue any side quests or activate Tower Defense mini-games hidden in each level. As mentioned, the levels are loaded with collectibles, often well-hidden, but there is a special perk you can unlock that tells you if there are things still left in the level.

A major premise of Tyler: Model 005 is that Tyler is a tiny robot in a big world. If you’ve played Unraveled you’ll know what scale can mean to your perception of the world where even the smallest obstacle can become an unsurmountable puzzle. Tyler can jump and climb and even fall from great heights without taking damage, so prepare for a lot of vertical platforming in this game. 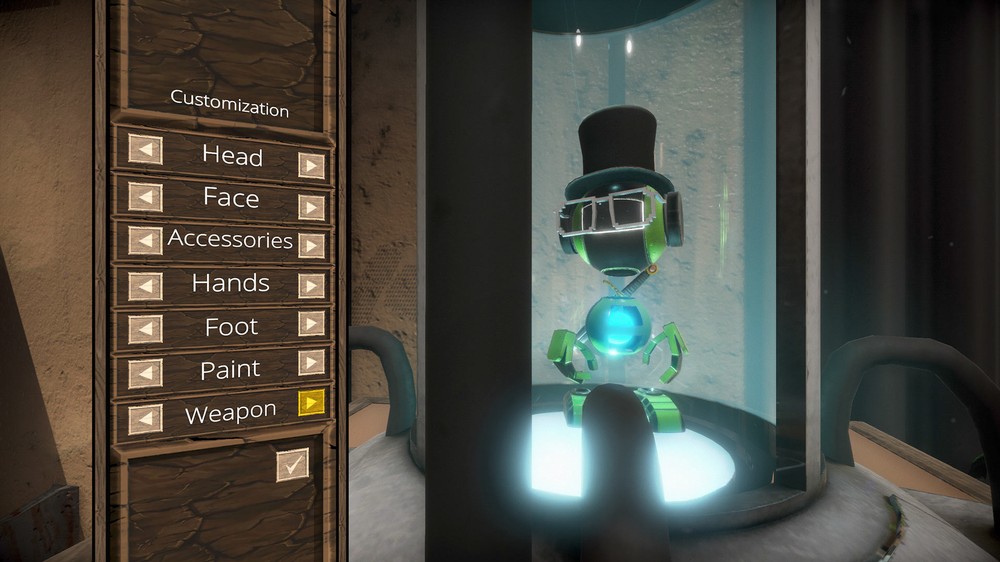 My only complaints with the game are an overall lack of compelling narrative, a weak tutorial system that overlays tips on the environment making them easy to miss, and rooms that are initially too dark to be playable during daylight hours. It was only after I started playing the game in a dark room at night that I could just start to make out the details of items hiding in the shadows of the game. Admittedly, once you toggle a few light sources the game gets easier, but it was a struggle to get started.

Tyler: Model 005 offers up several hours of explorative fun and adventure and there are several Tower Defense levels to add some extended life to the party. The skill tree allows you to tailor the game and compensate for your own personal strengths and weakness, and the near-endless supply of clothing and gear will certainly appeal to anyone who enjoys robot dress-up.

Kids will enjoy the adorable robot and quirky animations while teens and adults will enjoy a surprisingly challenging item hunt, even if the combat is a simplistic button-mashing affair. For only $10 Tyler: Model 005 is a great deal for a fun, family friendly game assuming you aren’t afraid of spiders. 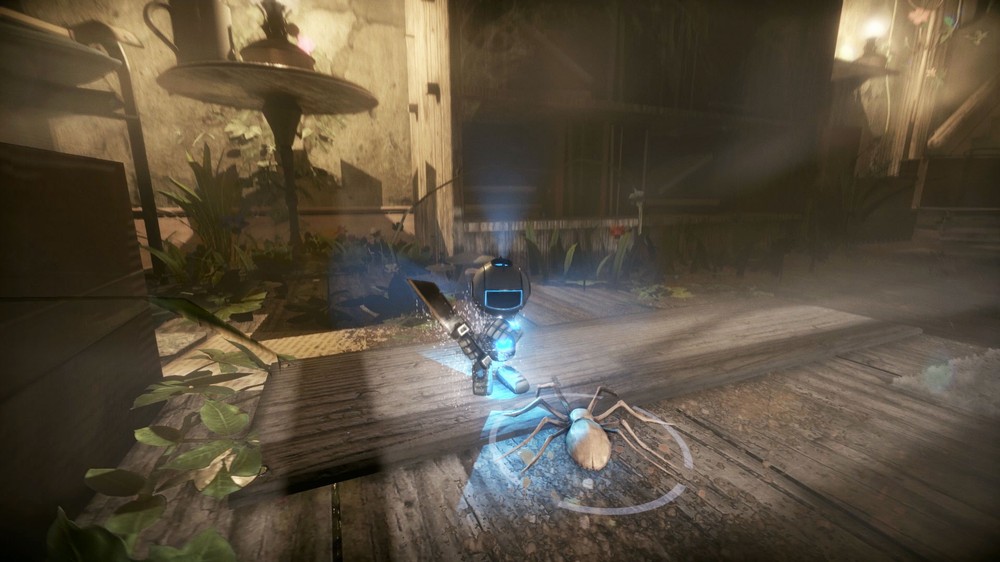