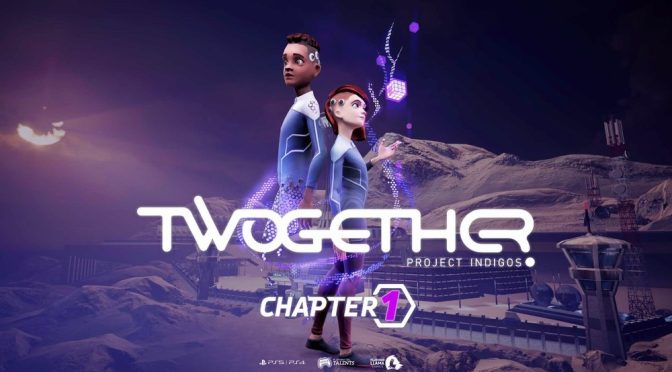 Twogether: Project Indigos is another release from Spain’s PlayStation Talents program, this time from Madrid-based developer Flaming Llama Games.  This brief two-character teamwork-based puzzler definitely hints at burgeoning talent from its indie developers, but is ultimately weighed down by finicky controls and overused puzzle design that makes it seem more like a proof-of-concept trial rather than a full-fledged release. 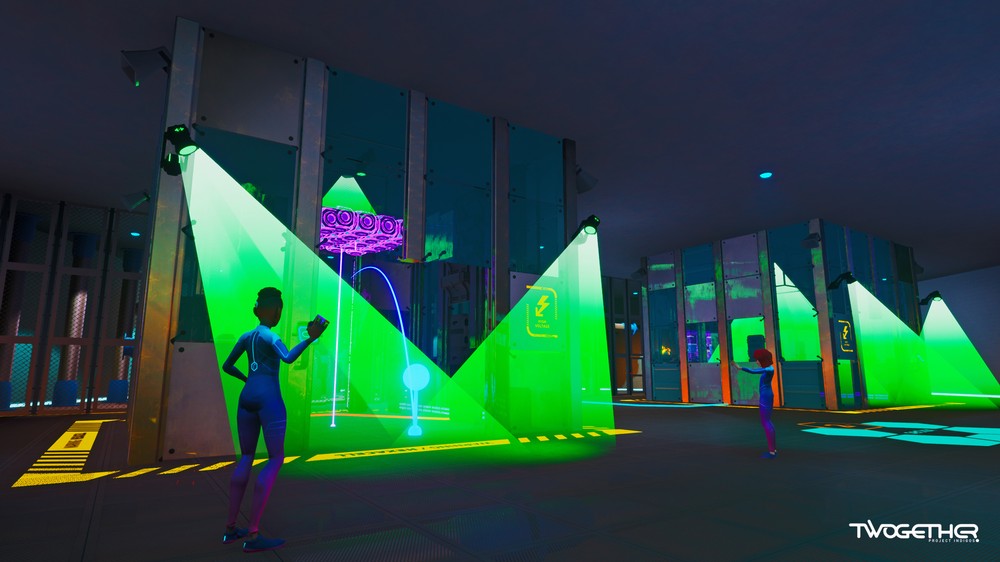 Twogether: Project Indigos tells the story of a group of kids endowed with supernatural powers, who are being held against their will in the laboratories of the Hexacells Corporation.  Hexacells is using the kids to nefarious ends by harvesting the fluids from their heads, in an effort to share their supernatural powers with their rich investors.

One afternoon, something happens in the lab and two of the children are freed from their rooms; Sam, a boy with the power to teleport to wherever he can throw his Rubik’s cube, and Rafi, a girl with the power to move large objects through telekinesis.  The two meet up in a hallway and decide that if they work collaboratively, they just might have the opportunity to escape the Hexacells facility and free those that are left behind. 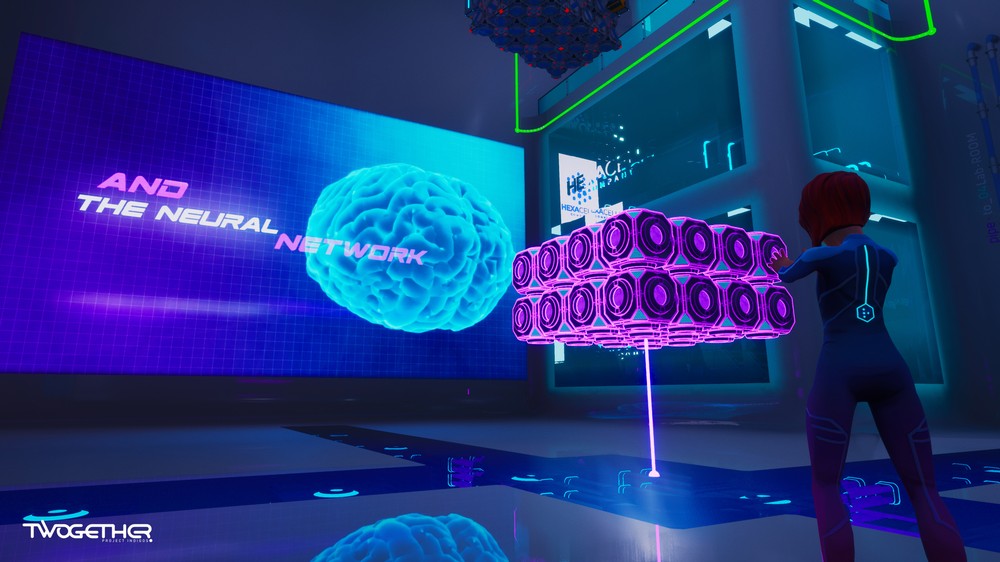 Each puzzle requires the use of both characters’ powers.  Sam might climb onto a box that Rafi will lift with telekinesis, putting Sam at just the right height to toss his Rubik’s Cube through a broken window, so he can teleport into the room and unlock the door from behind.  Or Rafi might lift a box to block one of the overhead radiation lights so Sam can walk underneath without being irradiated into oblivion.

The cooperative puzzles seem very unique the first few times you do them, but after a few levels they become a bit stale.  It might have helped if the characters had more than one supernatural power, but with each kid being a one-trick pony of sorts, the solutions quickly become obvious.  In fact, the after short while, any challenge comes only from the wonky controls and fussy level design, which require near-exact positioning to interact with objects or block the aforementioned lights enough so Sam doesn’t have to respawn a half-dozen times. 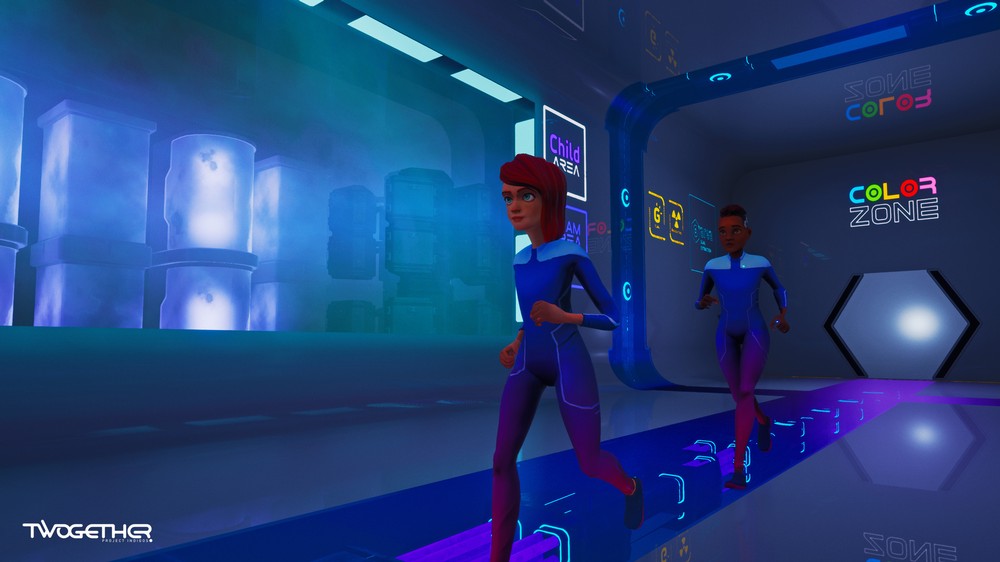 Looking very much like a classic 3D platformer with comic-book stylings, Twogether: Project Indigos is actually visually impressive for an indie title.   The atmospheric audio is quite impressive, with synthesized cinematic quality music thick with reverb that delivers a futuristic ambiance.  It’s only too bad that there are no voiceovers in the game – all narration and character dialogue is expressed via onscreen text. Still, other than some moody (but eerily accurate) teen speak that grates my nerves as a parent of teens, the text the job done.

As I alluded to earlier, Twogether: Project Indigos is quite short, only an hour or so of total play.  The full title includes the parenthesized “(Chapter 1)” which combined with its relatively cheap retail price of $9 is a pretty good indication that there are planned sequels to follow. 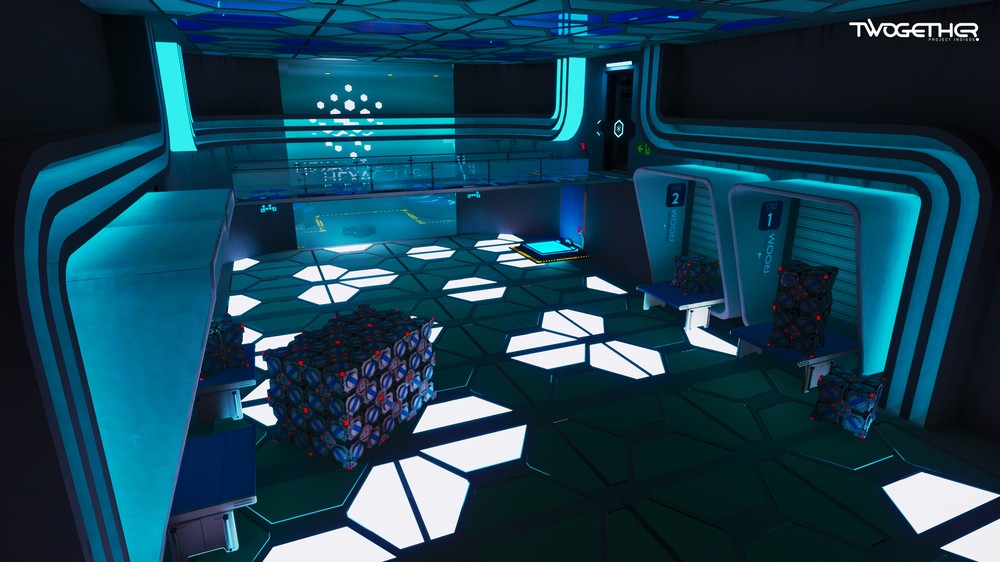 I sincerely hope that if Flaming Llama does come out with a sequel, that they take the time to make some tweaks to the controls and overall gameplay, because while Twogether definitely showcases promising possibilities, the overall experience is a bit lacking in depth.