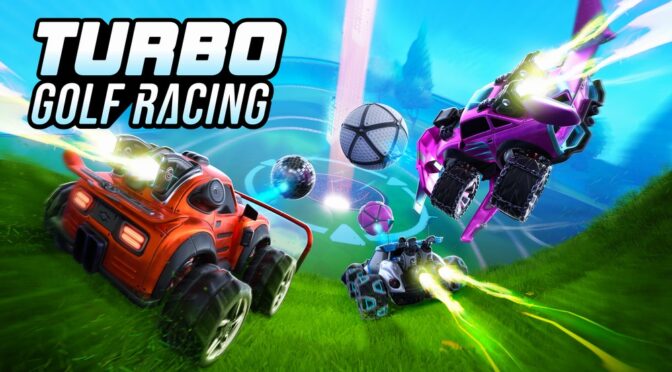 The future of motorsports is here. Developer Hugecalf Studios and publisher Secret Mode are pleased to confirm that Turbo Golf Racing is available now on PC, Xbox Series X|S, and Xbox One via Steam Early Access and Xbox Game Preview.

Turbo Golf Racing is a fast-paced, arcade-style sports-racing game for up to eight players online, where drivers charge down—or flip and glide over—twisting golf courses teeming with jumps and boost pads. It’s every racer for themselves in first-to-the-flag Grands Prix spread across 30 levels, as gameplay-altering Power Cores and devious shortcuts contribute to the chaos.

“It’s hard to comprehend that three-and-a-half years have passed since we first started prototyping our car-golf game,” says Jonny Hughes, director & producer at Hugecalf Studios. “We’re immensely proud of how far Turbo Golf Racing has come since then and we will be forever grateful to the tens of thousands of players who helped us refine the game during this year’s Beta tests. I’m excited for players to experience everything that’s in Turbo Golf Racing today, and to discover what’s to still to come in the months ahead…”

Hugecalf Studios currently anticipates that the Early Access and Game Preview period will last approximately 12 months, during which time Turbo Golf Racing will receive numerous content, feature, and balancing updates. Players can expect new levels, cars, cosmetics, and Power Cores in the coming months, with the first free content update due later in August. You could say there’s a… (drumroll) fairway to go, yet.

“Player feedback is central to everything in Turbo Golf Racing today and in its future,” explains Krystal Ramsey, product manager at Secret Mode. “The ridiculously talented team at Hugecalf Studios has already made an incredible game that’s exhilarating from minute one, but this really is the beginning of the ride. Without spoiling the surprises in store, we’re incredibly excited to see how the Turbo Golf Racing experience evolves throughout the Early Access and Game Preview programs in tandem with the community’s ideas.”

Turbo Golf Racing is out now on Steam and Xbox platforms.