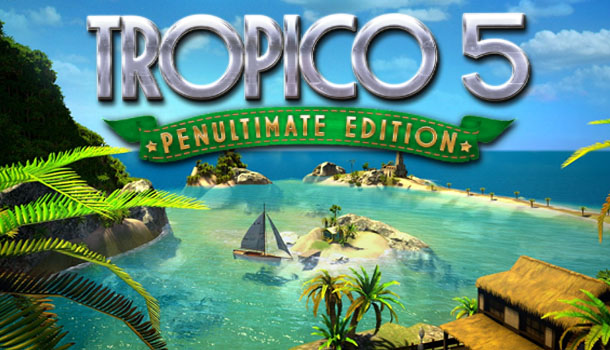 Kalypso Media is thrilled to announce the arrival of the world’s most beloved (and luxuriantly bearded) dictator on Xbox One with the release of Tropico 5 Penultimate Edition. So named after his overworked and under-appreciated assistant ‘Penultimo,’ Tropico 5 Penultimate Edition for Xbox One contains the full version of the acclaimed strategy game plus the ‘Bayo del Ofato’, ‘Big Cheese,’ ‘Mad World,’ ‘Generalissimo’ and ‘Joint Venture’ add-ons, as well as five new, exclusive Xbox One sandbox maps, a new controller-optimized user interface and of course Xbox Live Achievements. That’s a lot of content for your Tropican dollars!

To celebrate the long-awaited launch of Tropico 5 Penultimate Edition, the Tropican Ministry of Propaganda and Misinformation has kindly produced a trailer for the Xbox One title, as it prepares to welcome Xbox players to Tropican shores once again. So grab a bottle of your finest Tropican rum and light up a cigar for the return of our glorious leader! Order your copy today – that Swiss bank account isn’t going to fill itself up, you know…

You, as El Presidente, will first take control of the infamous island of Tropico during early colonial times and then guide it through the centuries as the world changes and moves ever forward. You must tackle the changing needs of your people, as well as opposing governments and factions, and thus lay the foundations for your own dynasty. As you move through your years in office you can promote members of your extended family on the island to positions of power: such as ambassador, commanding general or even Supreme Ruler, to ensure your legacy thrives through the eras. As your influence and wealth grows, so do the threats to your burgeoning island superpower. Can you survive both World Wars, prosper through the Great Depression, rule as an iron-fisted dictator through the Cold War and advance your country to modern times and beyond? From the 19th to the 21st century, each era carries its own challenges and opportunities.