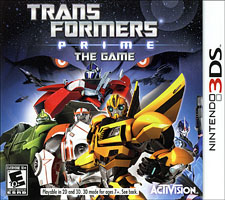 I’ve been watching Transformers in one form or another here in the States for as long as I can remember. I haven’t exactly liked every version out there over the years but Transformers Prime, one of the newest shows on The Hub, was an instant hit with me. Activision and Now Productions has brought the fantastic world of the show Transformers Prime to the even smaller screen with the release of Transformers Prime: The Game on the Nintendo 3DS.

The first thing that I noticed, to great avail, is that this adventure starts just like an episode of the show itself right down to the opening movie. The story this time follows the Autobots and their human constituents Jack, Miko and Raf as they must stop Megatron as the Decepticons uncover an ancient power to aid in their plans to take over the Earth. The story really takes off after a battle upon a giant meteor filled with Dark Energon breaks apart and sends the Autobots scattered upon the Earth. After their friends go dark their human partners take it upon themselves to come to their aid which often got them captured by the Decepticons. 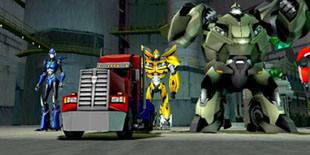 Players with get to play as all of the prominent Autobots from the show in a random order as you progress through the levels. You start with the mighty powerhouse Optimus, who fires powerful ranged blasts as well as painful blows in melee combat. You then get to take turns playing as the Bulkhead, Ratchet, Bumblebee and my personal favorite Arcee. While you might expect a title featuring giant robot warriors to be nothing but a giant slugfest with no real skill involved you’d only be right by a little.

Each of the Autobots is different when it comes to strengths and you have to learn how to use them effectively. Sure Optimus, Ratchet and Bulkhead are all heavy hitters but they all move and attack differently. For instance Optimus can move and attack faster than Bulkhead but just not as hard thanks to Bulk’s girth. On the other side of the spectrum you have Bumblebee and Arcee, who are both faster paced. Even they have their own flavor of speed. Bumblebee can be powerful in melee but he really shines with his dual rapid-firing guns. Arcee on the other side has fast mobility and quick agility to land more melee hits but also has a decent ranged attack.

As you progress through each of the levels, you will fight off plenty of Decepticons and usually a boss fight that features one of the signature villains from the show including Megatron, Airachnid, Shockwave, Dreadwing, Knock Out and of course the treacherous Starscream. Though that may seem like a tall order to fill there are a few features in place to help you. Throughout each level are crates that have either Energon or Synergon that can give you a boost when you need it most. Synergon is extremely valuable in this game as it fills a special Upgrade meter that once full allows any Autobot to perform moves of immense power against their enemies. This bar is filled normally through continued combat but at least one crate of Synergon can be found near most enemy encounters for an easy pick-me-up. 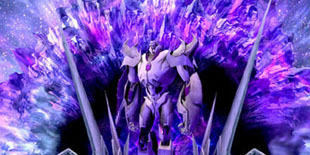 I have to say that navigating the 3D world of Transformers Prime: The Game at times was rather treacherous. This was mainly thanks to the occasional misstep or poorly timed jump on my part rather than bad controls. Despite that there were a few areas in the control department that I wasn’t exactly fond of. The first issue was the camera controls while in robot mode. You’re able to rotate the camera around the character by using the left/right directions on the D-pad but it is rather awkward at times when moving the character around at the same time or when trying to find who’s shooting you from off screen.

There is a lock on feature that aids in keeping track of enemies however and the same D-pad inputs function rather nicely as a means to switch between multiple enemies in a fight though. There is also the somewhat big matter of every Transformers vehicle mode (except Arcee) making you feel like you’re driving a tank if try to do anything but drive forward in a fairly straight line. Turning around normally in vehicle mode was practically a joke, especially in tight areas, until I realized that you can do a delayed 180 degree turn around with the double tap of the R button. You just have to be quick with your input as that button also activates boosting as well.

The 3DS version of Transformers Prime: The Game features pretty decent graphics all around. For starters there is the exact opening movie from the show and each of the concurrent videos that progress the story feature mostly polished character models and landscapes. When it comes down to the gameplay itself the graphics still retain an admirable level of detail. The character models, especially those of the Transformers lack the finer detail of the videos but you clearly tell one robot from another thanks to authentic colors, body designs and transformation animations. The use of 3D also flushes out the world, characters and videos giving everything a greater sense of depth. Now if it could only help with my depth perception while playing I’d be set. 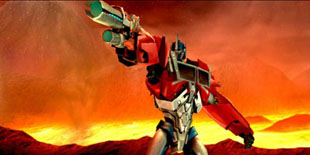 While the graphics lack a bit the sound department certainly does not. The sound effects and transformation sounds are perfectly recreated from the show and that’s not all that’s been brought over from the source. All of the show’s original cast of voice actors lend their talents to make this game as authentic as possible. The music for this game including the theme song in the opening movie created by film composer Brian Tyler (The Fast and the Furious: Tokyo Drift) is absolutely perfect. While Brian didn’t do the music for the game several others have stepped in to deliver pieces for the score including Jesper Kyd. The overall result is one that is decidedly authentic to this reviewer’s ear.

There is plenty to do in Transformers Prime: The Game besides the story but the story is definitely worth a few playthroughs especially if you missed some of hidden Cybertron Artifacts or want to get a higher ranking to unlock those emblems. By collecting them you can view unlockable character models and concept art to view in the Gallery. You can also view all of the cinematics as you complete levels here as well.

There are also three modes to enjoy via multiplayer. You can compete in the last man standing mode “Brawl” or the “Energon Match” mode where you have to defeat enemies to rack up points. Then there is the final mode “Energon Battle”, where you have to keep an Emblem in your possession as long as you can to rack up points in a sort of Oddball-style event. The cool thing about these modes is that you can play them with up to 3 of your friends locally or against up to 3 other AI competitors if you so choose. 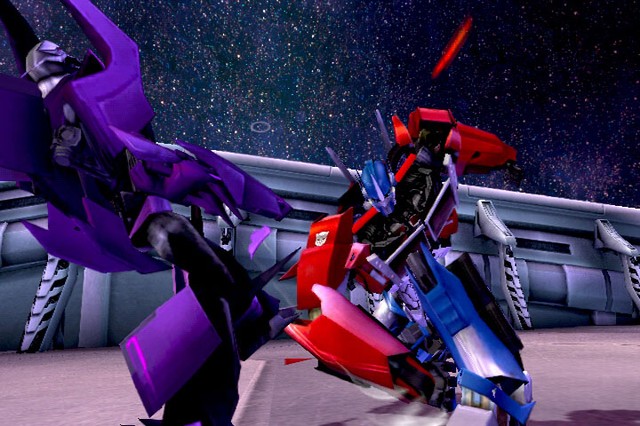 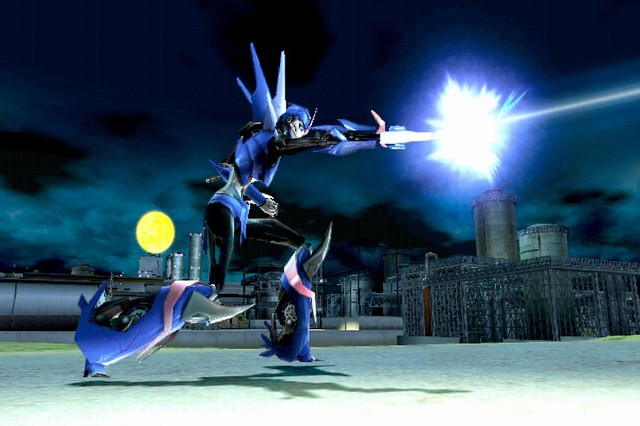 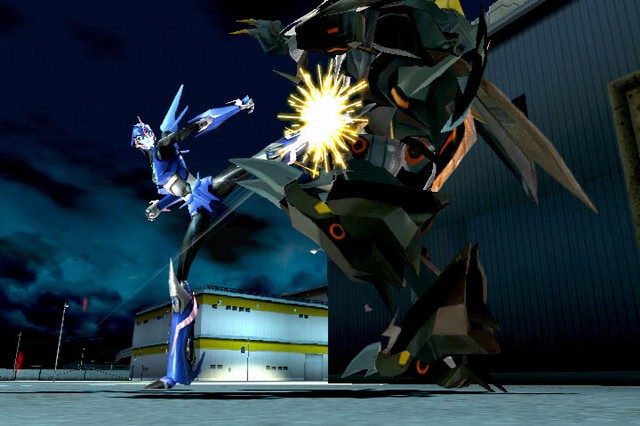 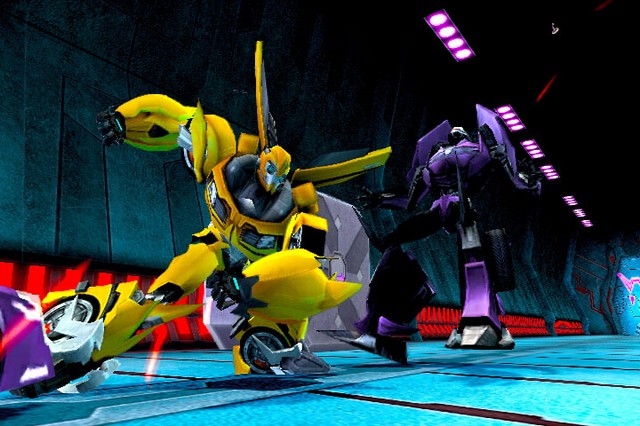