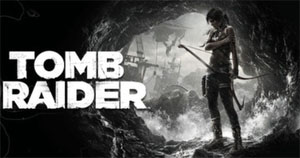 It’s rather poetic that the latest Tomb Raider game, simply titled “Tomb Raider”, is not only a reboot of the franchise but also an origin story for one of gaming’s most beloved and iconic heroines, Lara Croft. In many ways Game Chronicles “origin story” is uniquely tied to this game as Lara is singlehandedly responsible for the very website on which you are reading this review. Back in 1996, just as the Internet was making its way to the general public I started creating interactive HTML strategy guides and Tomb Raider was my first. Tomb Raider sequels followed and so did my guides, then I branched off into other game guides and then reviews, all leading up to today; where thirty-some strategy guides and 5000-plus game reviews later has evolved into my own little carved niche on the Internet and hopefully gaming history. Thanks Lara.

After a half-dozen installments in the Tomb Raider franchise the gameplay and even the novelty of a female heroine was starting to wear thin; even for this diehard fan. It was getting progressively harder to slog through cookie cutter sequels that had Lara doing pretty much the same thing, only in different places. Thankfully, rather than toss just another new adventure on the heap, Crystal Dynamics decided to reboot and slightly reinvent, not only the character, but also the core gameplay. Gone is the busty acrobat capable of killing a thousand men and endangered species while dashing and tumbling through exotic levels like an Olympic gymnast. This time we meet and play Lara Croft, the girl, on one of her first major adventures; a journey that will not only shape the character and morals of a relatively innocent young girl, but hopefully inspire and shape a new future of sequels that will flourish with as much success as her existing works.

Tomb Raider opens with a brief, yet informative, opening movie that ends with Lara being shipwrecked on a dangerous island, and ultimately being strung upside-down; a prisoner doomed to an uncertain fate. Thus begins the tutorial and your introduction to the new world of Tomb Raider. To be perfectly clear, the first 20-30 minutes of the game is by no means representative of what follows. The linear, on-rails, QTE sequence might make for a great E3 demo but it makes a lousy first impression. All I can say is “stick with it”, because it won’t be long before the game evolves into something much more next-gen and much more entertaining. 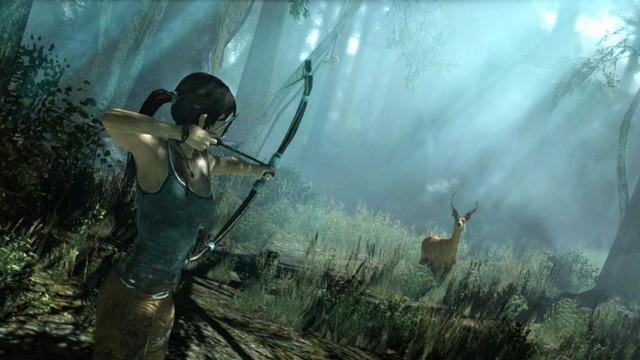 Tomb Raider is part Survivor, and part Lost, with Lara setting up various base camps that can be used to regroup and even “quick-travel” across the massive Yamatai Island. From there she will need to find food and supplies just to stay alive, but the more she explores this island, the more trouble, mystery, and danger rise to the surface. Standard adventure staples are in play from the beginning with loads of collectibles that will have completionists backtracking to previous section of the island in search of GPS markers, relics, documents, and sinister targets dangling from trees. These aren’t crucial to finishing the game but are paramount to your ultimate enjoyment of it.

There is a surprisingly emotional component to Lara as we witness her kill her first deer, an emotional conflict that grows exponentially when she kills her first human. It’s a refreshing take on the devil-may-care violence in today’s games and even Lara’s previous adventures where she blasted her way through hundreds of men and endangered wildlife in search of treasure. Now, she’s fighting for her life and it’s kill or be killed, but there are visible signs of remorse and even hesitation.

An interesting and evolving skill tree underlies the core adventure and allows the player and Lara to rise to the increasing challenges and demands of the island as you dive deeper into the story. You’ll be earning XP for just about everything you do, and this can be spent on various skills that shape Lara into a mixture of Survivor, Hunter, and Brawler. You pick the path and the skills that determine how you ultimately play the game. This RPG-like progression along with the traditional adventure game item collection is cleverly and seamlessly integrated into the narrative and gameplay, so you are never taken out of the fiction. 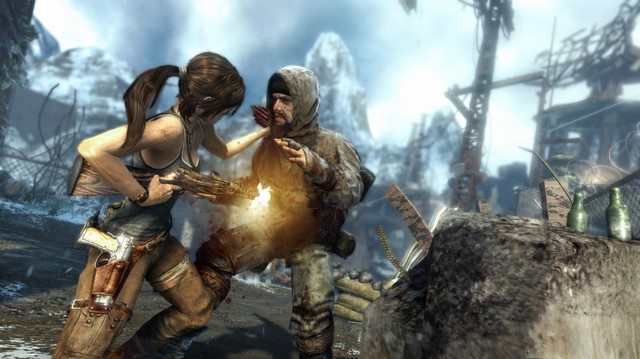 With violence thrust upon her, Lara must quickly learn to master her combat skills, and the game provides many opportunities to do so, but you are always free to explore various methods and tactics. Sure, you can go in guns blazing, but you can also take the more stealthy approach, sneaking around and dispatching enemies one by one with a silent takedown or a ranged arrow attack. Bows have become an increasing popular and recurring theme in video games as of late, but none handle the weapon with as much expertise as Tomb Raider. Gun play and even hand-to-hand combat all enhance the experience and help mix things up, but they aren’t the focus of Tomb Raider; merely just another facet of survival.

Comparisons have been made to the Uncharted series of games on the PS3 and rightly so. At first and even second glance there are numerous similarities to Lara and Nathan’s games, in setting, style, and even gameplay to a certain degree, but Nathan is more of that macho super-hero adventurer whereas Lara is just a girl trying to stay alive; and that core underscore sets a serious tone for the entire game – a level of tension and desperation you just don’t get in Drake’s adventures. Much of this is driven home through the numerous and horrific ways in which Lara can (and probably will) die during the course of the game.

And much like Uncharted, Tomb Raider also comes with its own completely unnecessary and failed attempt at multiplayer. There are four modes, none of them particularly fun or engaging assuming you can find anyone even playing them. Rescue and Cry for Help are objective-based team games and Survivor merely pits two teams against one another. Free for All is your standard deathmatch mode; all of which are entirely out of place for the game and the franchise. If you must have multiplayer, at least keep it within the theme of the game and have players racing through dangerous landscapes toward a treasure – kind of like Survivor meets the Amazing Race. 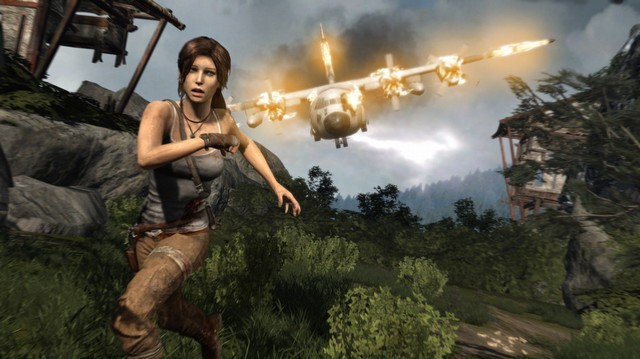 Despite a shaky pre-credit title sequence and its failed attempt at multiplayer, Tomb Raider succeeds on just about every other level with stunning sound and music design, incredible voice acting, especially by the new Lara Croft, and easily the best graphics you’ll find on any PC game in 2013. On a high-end PC the graphics range from stunning to breathtaking with so much detail in the environments, smooth realistic animations, and outstanding motion and facial capture performances. Tomb Raider is one of those rare games that is nearly as much fun to watch being played as it is to play it yourself.

Tomb Raider has not only set the bar incredible high for itself, as it prepares to launch what is hopefully a string of successors as immersive, challenging, and fun as the first, but also sets the new standard by which all action-adventure games will be measured for this and the next generation. Congratulations to Crystal Dynamics for having the vision to try something new and actually succeeding in creating an evolutionary masterpiece that is easily one of our first nominees for 2013 Game of the Year. 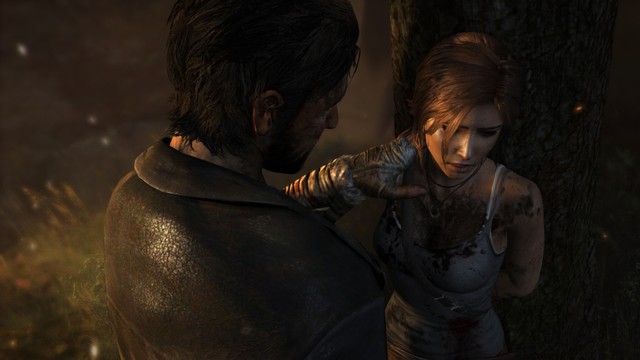 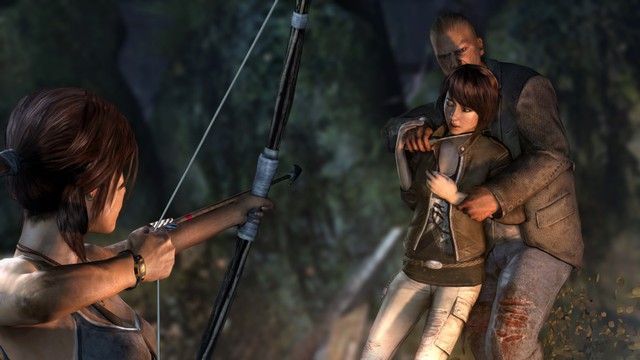 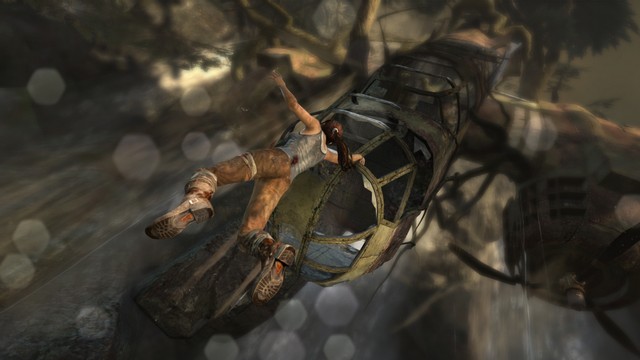 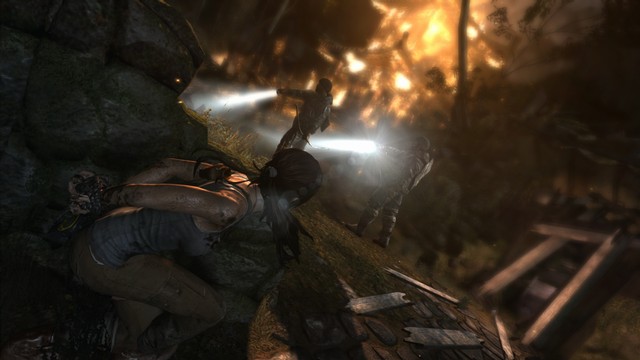 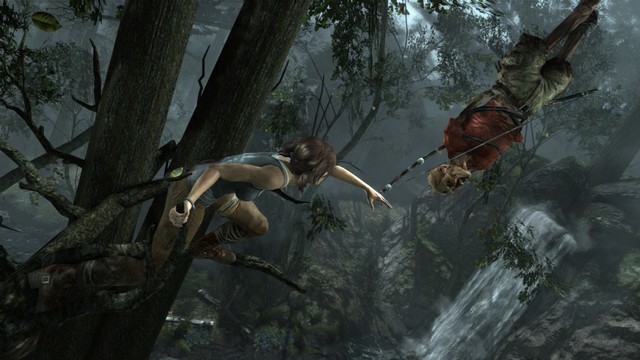 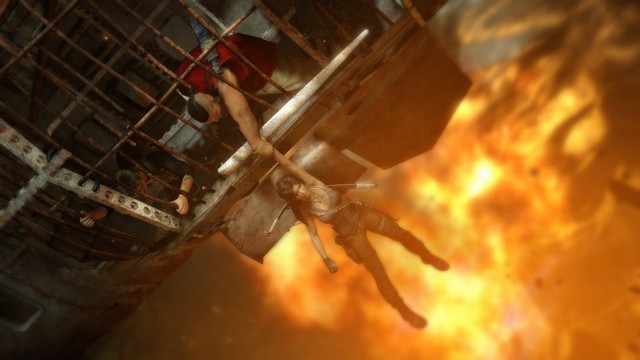 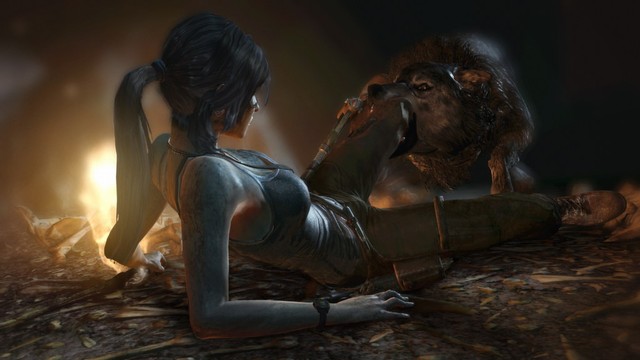 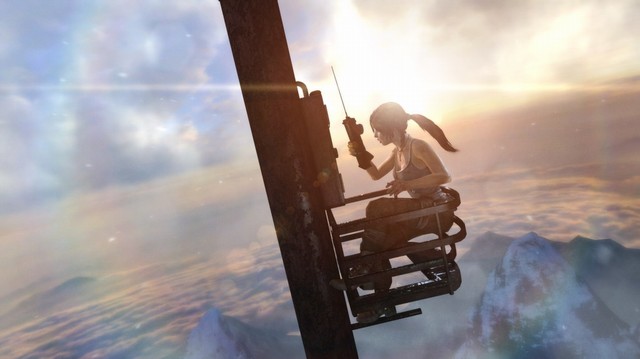 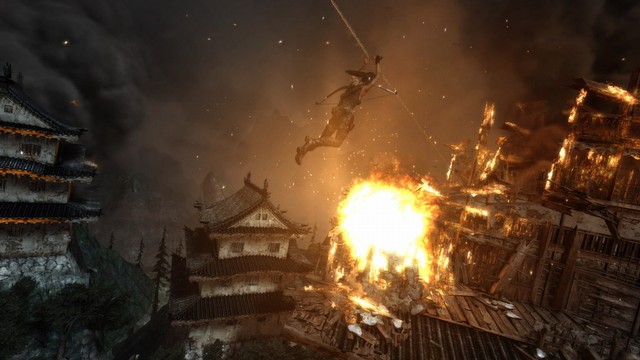 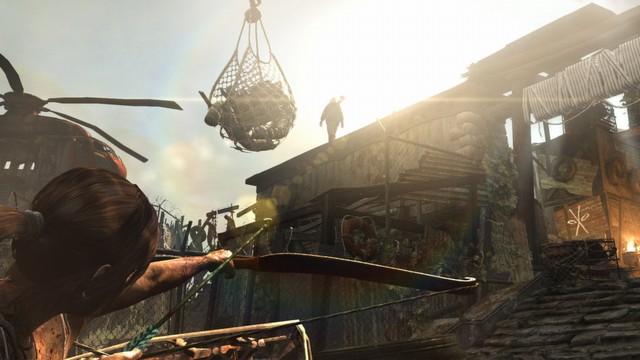 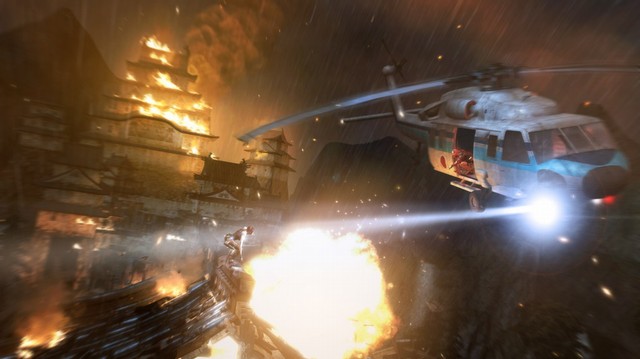 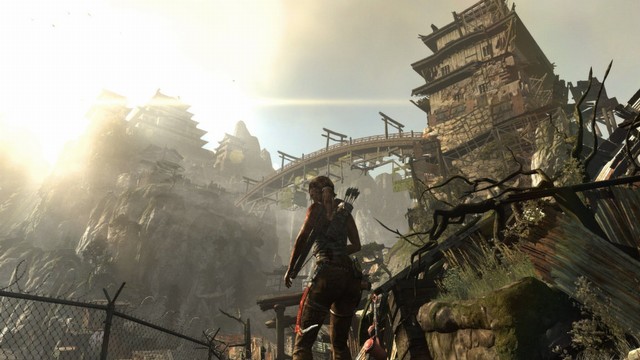 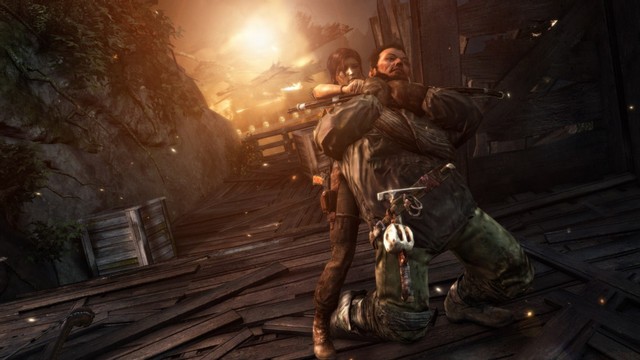 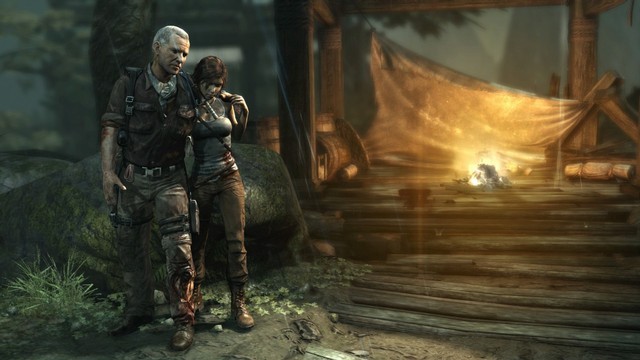 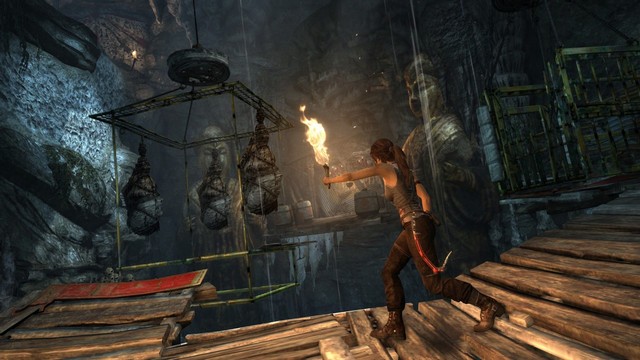 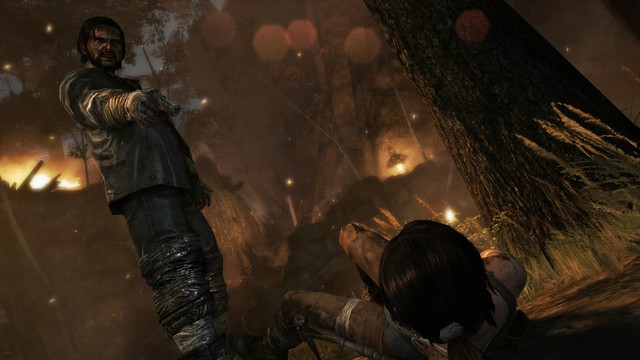 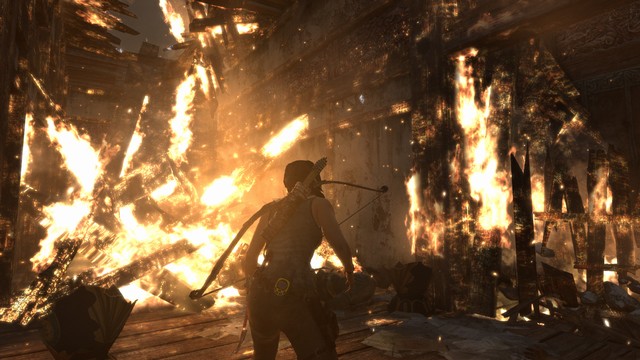