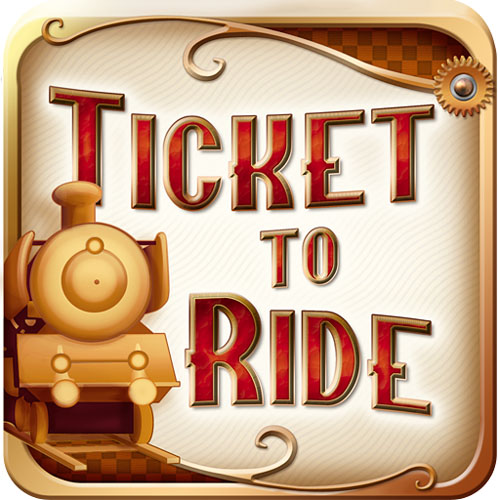 I’ve played the board game Ticket to Ride for over 10 years. We had a game night at a friend’s house and they got me addicted. It’s easy to learn but takes quite a few games to master. When the publisher Days of Wonder brought out an online version, it didn’t take long for me to get pretty good. I could play people all over the world anytime I wanted. At my best I was ranked in the top 20 players in the world. Good enough so my ‘casual game’ friends didn’t want to play the board game against me.

The various digital versions of Ticket to Ride had over 3.5 million players. Once Ticket to Ride made its way to iPhone and Steam it was an immediate buy for me. The interfaces were a little different between platforms and they didn’t connect but it didn’t matter to me.  The iPhone “pocket edition” was just the USA map (a separate Europe map “pocket edition” app was also available).  There was a separate version for iPad which had slightly different UI and graphics. The Steam version had 4 DLC’s for Europe, Asia, Switzerland, and USA 1910. It was good but the lack of cross-platform play really limited high level competition. Also when I upgraded from an iPhone 4 to a 5s, the graphics didn’t scale. So the increased iPhone 5s screen size wasn’t used effectively. 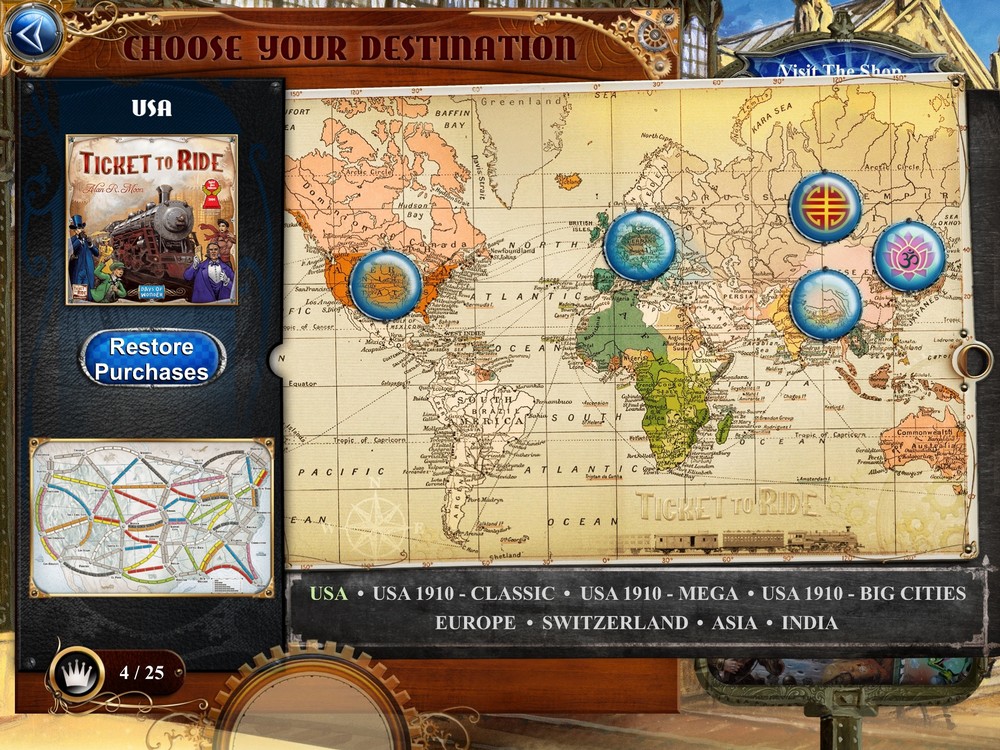 Any complaints I had about the iOS or Steam versions of Ticket to Ride were addressed on November 19 when Days of Wonder released Ticket to Ride 2.0.  The iOS version hadn’t been updated in well over a year so it was long overdue. Some of the new features include: 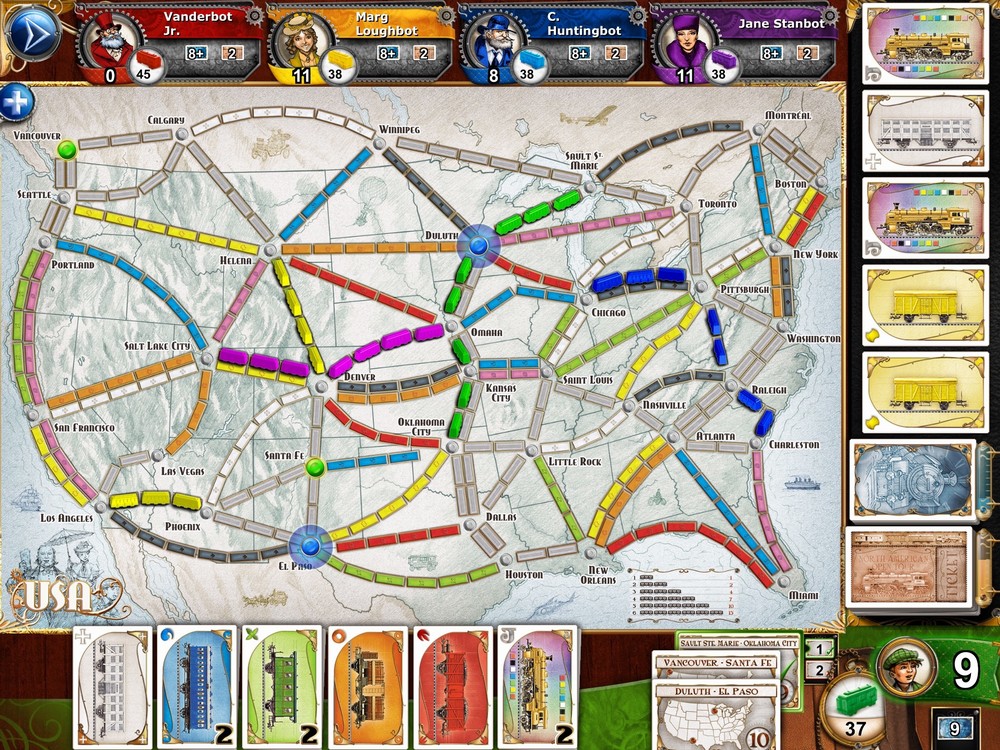 The big question is “how does it play”?  Well, casual players will probably not notice much of a difference. The graphics are better and there are some additional links to exterior website locations (forums and map information) as well as social network sharing capability. However the biggest thing I noticed was in single player mode. The bot AI has been upgraded significantly. It’s much more difficult to rack up points by piling up the long route tickets and getting the AI to keep pulling tickets. It also uses much better strategy by blocking frequently used stops and deliberately ending games as soon as possible to avoid anyone getting long routes. It might not be as “fun” because it’s more difficult to get a lot of points, but it certainly is better preparation for playing against real people, and in the end, beating a more difficult AI is more satisfying.

For multiplayer modes users can play (or watch) online, local network, or on one device using ‘pass & play’.  The biggest change is the addition of cross-platform asynchronous multiplayer mode so you can use your iPhone to play against others on PC, Mac or iPad. This may not seem like such a big deal, but for turn based board games it is a major feature. Being “cross-platform” increases the player base giving you many more potential opponents and many more opportunities for you to play at home or on the road. Anyone who likes Ticket to Ride and likes to play online will love this feature. It also gives you a much better player pool to increase your skills. 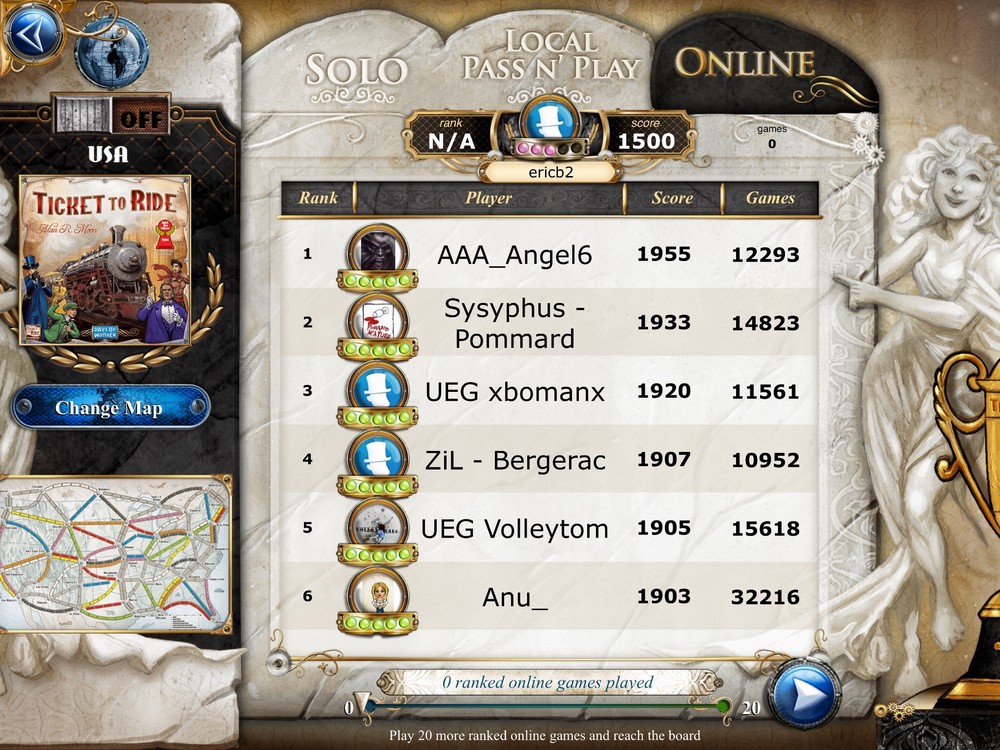 Ticket to Ride is one of the most popular board games in the past decade. The different maps have interesting gameplay variations that certainly increases the longevity of this great series. The $6.99 iOS universal app and $9.99 Steam versions are well worth the price. For a limited time the additional iOS maps are available in a bundle for $4.99 (maps normally cost $.99 to $4.99 each).

Sometimes game updates completely ruin a great game (see Mattel/Magmic’s “Phase 10” as a recent example). Days of Wonder has made Ticket to Ride even better and has set the table for even more great DLC’s in the future. Ticket to Ride is one of the few board games that translates well to digital.