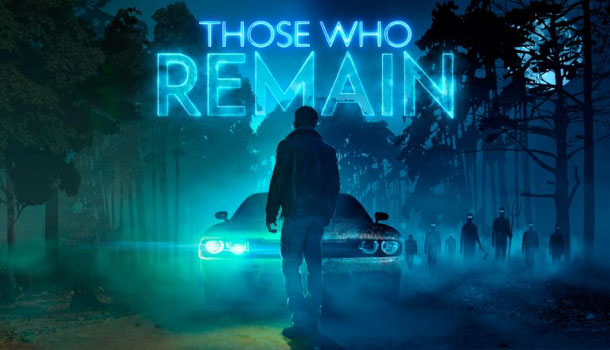 Those Who Remain is a surprisingly sinister adventure-thriller that comes off more creepy and mysterious than genuinely frightening, although there are a few jump scares peppered throughout the game.  Sadly, there are also more bugs, glitches, and scripting errors than I care to count, and when combined with the horrific gamepad controls I ended up rage-quitting about 5-6 hours into the game and decided to write my review as fast as possible to warn other gamers.

You’ll be playing as Edward, a man with a young daughter and a wife he is cheating on.  We meet up with him as he is headed to a hotel rendezvous to supposedly break off the affair.  His mistress is missing and his car gets stolen leaving him with a 13-mile walk back into town, which is bad enough but when you throw in a few hundred murderous shadowy beings lurking in the darkness , all carrying machetes and axes…well things just got real bad. 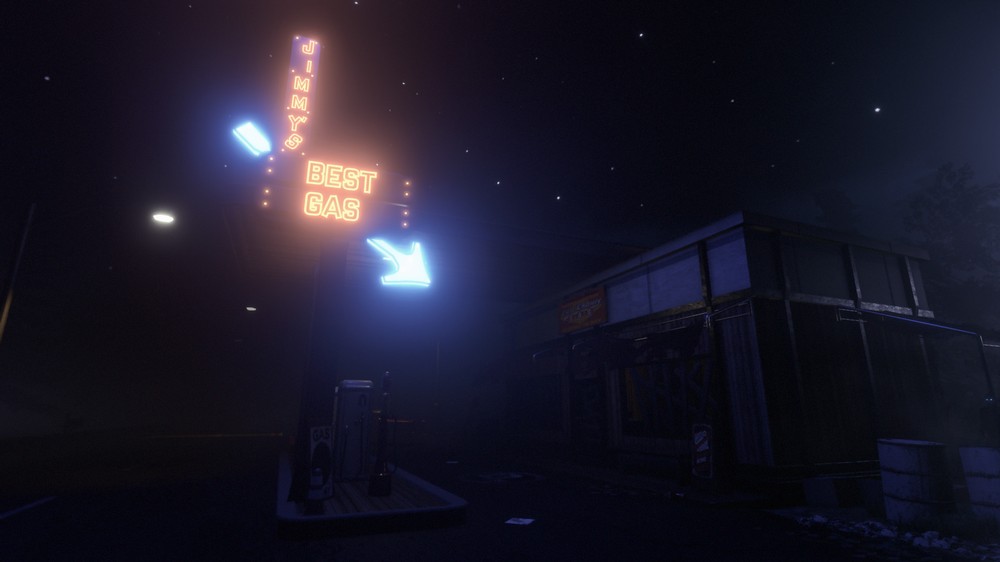 The game wastes no time in teaching you the key principles of gameplay.  Light is good and dark is bad so stay in the light, even if you have to create that light first.  This means turning on every light switch you find, fixing fuse boxes to restore power, and even using car headlights to create a path of safety.  Even a lighter is good enough to repel these shadow entities.  Along the way you meet Annika, the ghost of a young girl who died when she was 13 at the hands of some bullies from school.  Apparently one of the boys was the son of the sheriff who covered up the crime along with several others in town.  Now the town is cursed by a demon who has cast the town into perpetual darkness until justice is served, but this demon needs an earthly agent – you.  Edward must seek out the clues to find out what happened and why and determine if these individuals should be forgiven or condemned to hell.

It’s a pretty cool concept with elements of Resident Evil, Silent Hill, A Plague’s Tale, and even a dash of Sherlock Holmes.  The presentation is fairly simplistic with graphics that top out at 1080p yet often exhibit some nice detail with reflections, lighting, and shadows.  You basically wander around in typical adventure game fashion interacting with anything that glows.  Some items can be picked up and used elsewhere; usually not far away, but most items are textual in nature, letters, memos, diaries, etc.  You’ll need to read these, not only to learn the backstory of the town and its population, but also determine just how guilty key people are before choosing their fate. 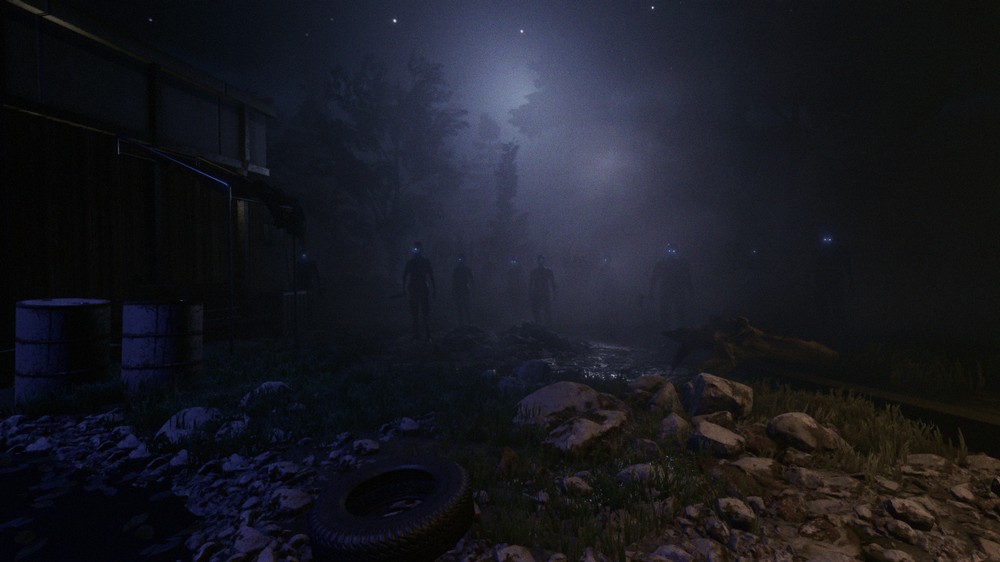 Much like Stranger Things, Those Who Remain has its own version of the Upside Down, a parallel dimension you can access with a glowing door that takes you to an alternate version of the level, sometimes with floating furniture or perhaps in a different timeline.  The first time you experience this you’ll need to get into a car where the doors are mysterious sealed shut.  Find the portal and travel to the alternate world to find that same car, all rusted out with vines growing across the doors.  Get rid of the vine in this dimension and return to the other to open the doors.  It’s a pretty clever concept and it’s used at least once per level.  Some of these other-world segments can be quite lengthy like trying to find lion head statues in a pumpkin patch and place them on altars while being stalked by a giant creature patrolling the area.

Those Who Remain starts off really good, at least for the first few chapters/areas, but around hour three the game starts to fall apart and only gets worse the more you play.  The house level just after the post office has a scripting error, and there is a part where a demented mother can (and probably will) kill you.  I guess this is supposed to be a “try until you get it right” encounter but due to the game’s terrible checkpoint system you are forced to replay this particular level from the start, but there are numerous flags and scripting bugs that visually have the house looking like you’ve already been there, quickly resetting the graphics as you interact, plus the demented mom will never reappear when she is supposed to.  The only way to force her to return is to exit to the menu and restart that level.  Somehow you doing this is different than the game doing it after you die. 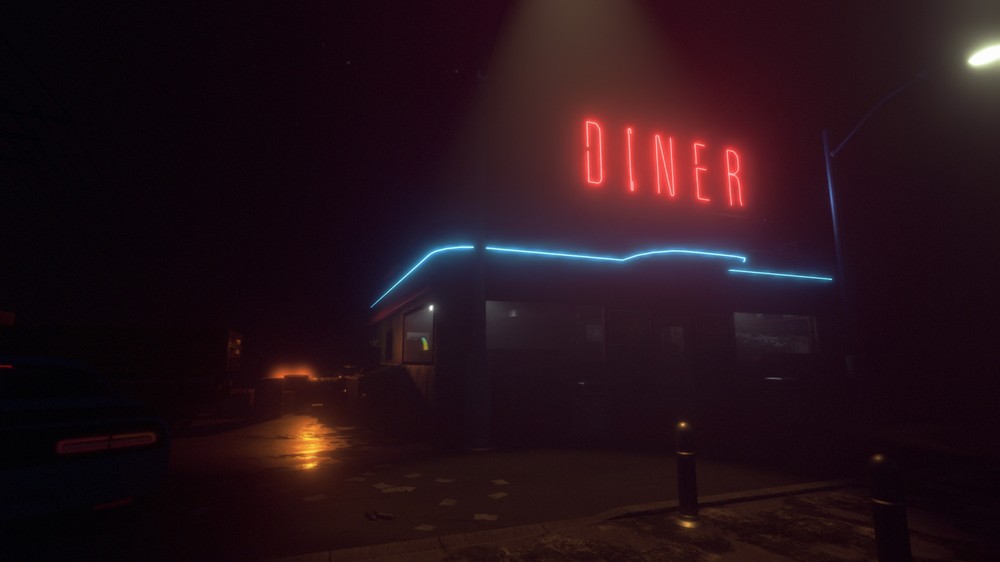 The next game-breaking bug happened shortly after this.  There was a short adventure with some statue puzzles at the local market then I was placed in this long hall with a dozen doors leading to a room where a kid had hung himself and the demented mom was back.  This kicks off a chase sequence down a lengthy hallway where furniture is getting tossed in your path to trip you up.  Stumble enough times and the mother kills you and you start over…not from the chase sequence but the entire trip down the hall through a dozen doors, interact with the suicide note, blah…blah…blah…  I repeated this sequence more times than I care to count and just when I thought I was going to get it the game totally screwed me by placing an immoveable cabinet lengthwise across the door so all I could do was stand there and get killed by psycho-mom.   I tried the same trick from the house glitch and returned to the menu and continued my game, but the cabinet was still blocking my path.  That triggered my first rage-quit of 2020.  I promptly deleted the game and sat down to write this.

I don’t like to write reviews without finishing the game, but in this case the game finished me.  Two major scripting bugs, one that forces to restart a level and another that I have no idea how to get past, all within a 90-minute window was too much.  It’s worse when you factor in some totally illogical gameplay where critical items or events won’t happen until you look in a certain direction first or you need to read a certain note before a door mysteriously unlocks itself.  You can thoroughly explore an area and have it change dramatically after a seemingly innocent interaction, so there is a lot of backtracking; most of it unnecessary, but you have to be sure.  The game also has countless drawers and cabinets to open; 99% of which are empty but 1% will have a critical item, so you have to open them ALL.  They even go as far as to place key items UNDER other items that you would never think to pick-up or move. 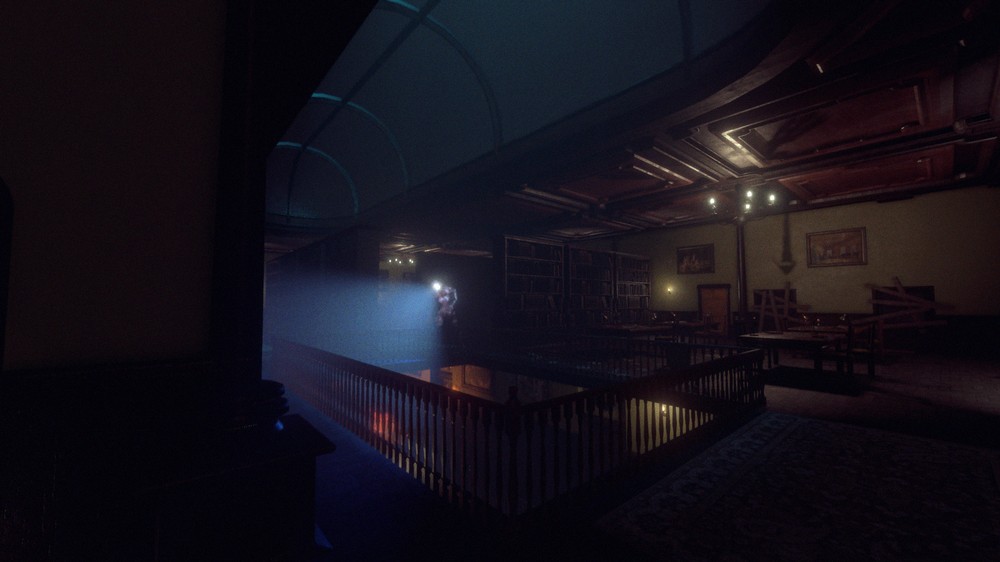 The audio was okay, with some below-average voice acting and some crazy spikes in volume that had me scrambling for the remote, especially when psycho-mom shows up.  The sound effects pretty good for both environmental and supernatural.  The hum of fluorescent lights bothers me just as much in this game as in real-life, so points awarded for annoying realism.  The actor who voiced Edward wasn’t very good, and the entire audio mix was improperly balanced with dialogue too low and no sliders to adjust in the options.

Controls were another issue.   Apparently they really want you to play with a mouse and keyboard because the gamepad controls were totally unplayable by default and even after tweaking they were still very touchy, making it hard to hover on smaller objects like candles and light switches.   There is one section in the post office where you are in a totally black space and need to find some lit furniture off in the distance.  This is impossible to do with a gamepad, and I was forced to switch to mouse to locate and center the bed on the screen before switching back to the controller. 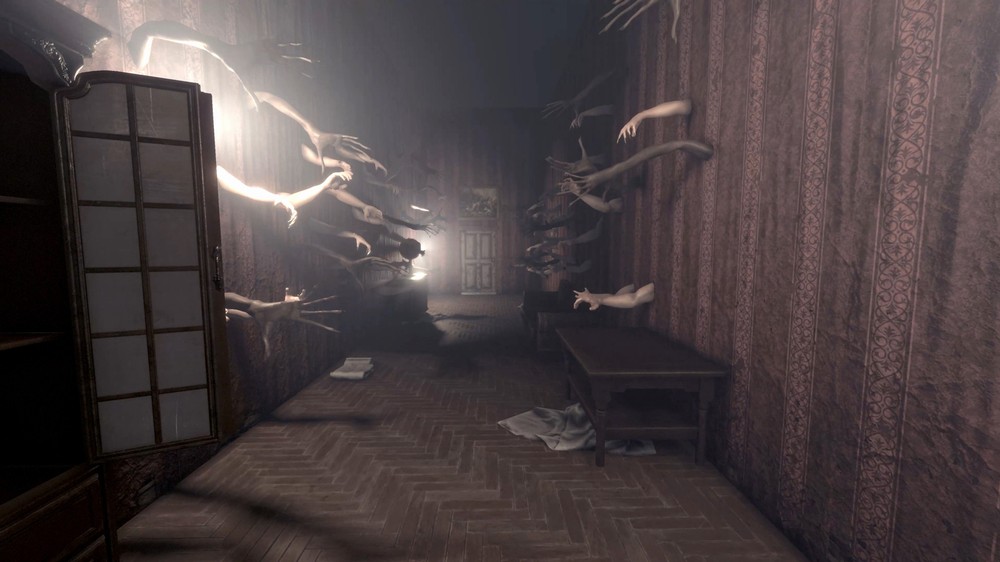 What started off as a thrilling adventure game, at least for the first 2-3 hours, quickly crashed and burned just when things were starting to get good and interesting.  I would love to see how this all ends, but it’s going to take a serious update/patch before I risk my sanity to try this again; especially when I fear I will have to start the entire game over, as there are no chapter breaks or ways to get back into the game other than to continue from my currently broken checkpoint.  Take heed my warning and skip this game, at least for now.

You are welcome to checkout my two-part gameplay video.  The first part shows why I really enjoyed the game and the second part is…well, let’s say it is unedited raw footage of how a broken game can crush the spirit of a 40-year gaming veteran.