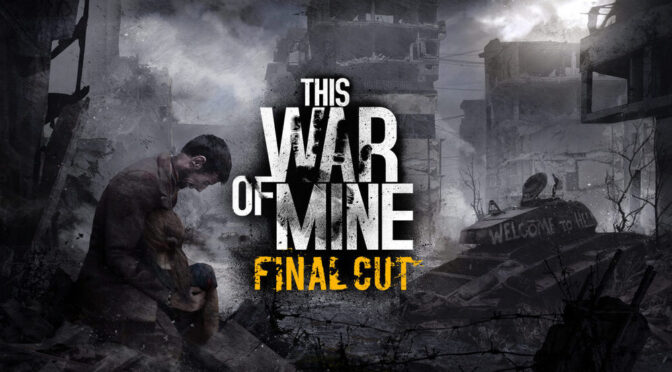 Everyone knows that stories are powerful, but stories that you co-create seem to stick to your bones and walk with you throughout your day. This War of Mine: Final Cut is a feature-complete version of the 2014 critically acclaimed survival sim that puts you in control of a small group of survivors in a besieged city. The artwork is grim, the decisions you make are desperate, and with each scenario, you lose a bit more hope that tomorrow will be better than today. The experience is so potent that the Prime Minister of Poland added This War of Mine to the official reading list for high schoolers in 2020 and 2021. What exactly is the constellation of systems and mechanics that makes this game so effective? 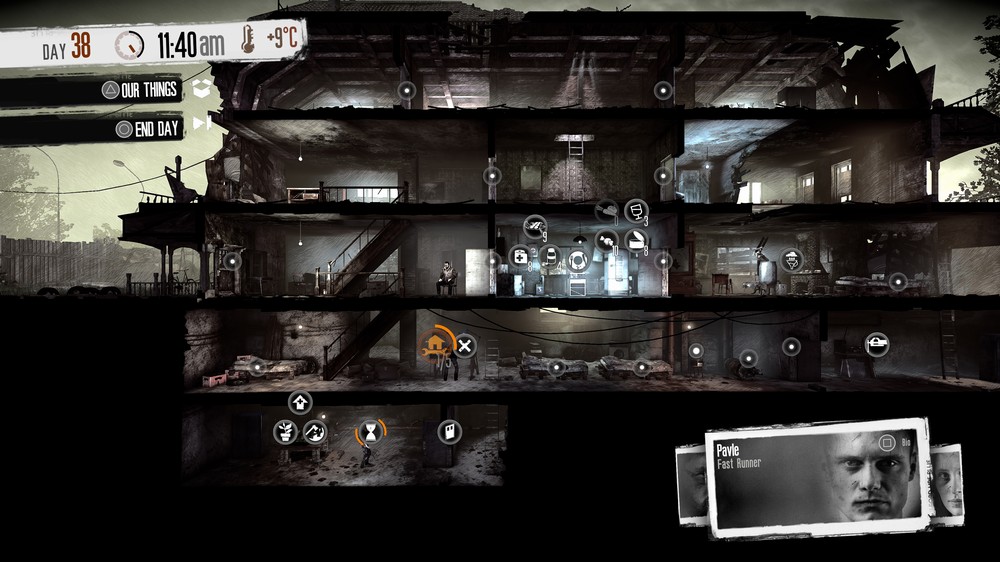 You are not a super soldier, instead, you manage three civilians in the standard mode who are tasked with surviving until the siege ends in their city. This Final Cut version also includes other curated story modes which have the 3 previously released DLC curated narratives. Far and away the best is The Last Broadcast. However, I preferred the standard mode as it let me make my own story. Each scenario starts with a brief setup via a text block that explains the current situation and who is living in the house that you now control. The goal is to survive as many days as it takes for the conflict to end and for the higher forms of government to bring back stability to civilization. In the meantime, you will forge, build, steal, and survive until hope once again breaks through your bleak circumstances. 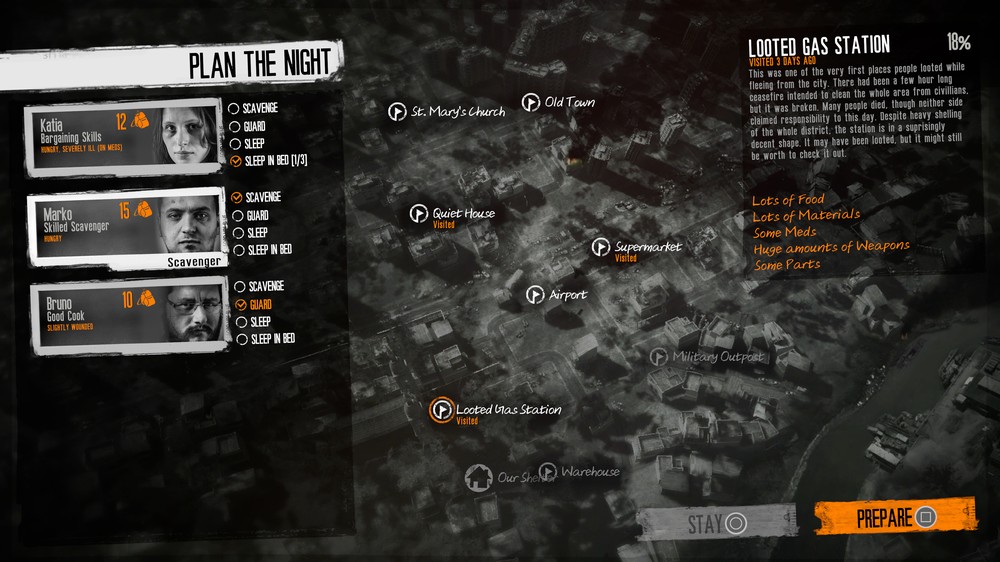 Each day is split into two parts, daytime and nighttime. During the daytime you’ll eat, nap, construct new workstations that unlock more sophisticated items and try to sustain your small troop of survivors. Occasionally you’ll be visited by people looking to trade or asking for help. A word to the wise is to always utilize the traders as you won’t be able to construct high level gear without their help. After you’ve prepared and maintained your shelter, you can either time-skip to the nighttime or a clock will reach sunset.

Nighttime is when burglars can come, and you can go steal or forage from others. You’ll select one person to go on a raid and post the other two to either sleep or guard the house. Even if you post a guard, it doesn’t mean you won’t be raided, and they run the risk of getting injured. It’s the nighttime raids that put you in high-intensity situations. Shortly after breaking into a house, I was seen by an old man who begged me to leave or at least leave his wife’s medicine. I had already stolen it and I was afraid he was going to attack me, so I ran away. 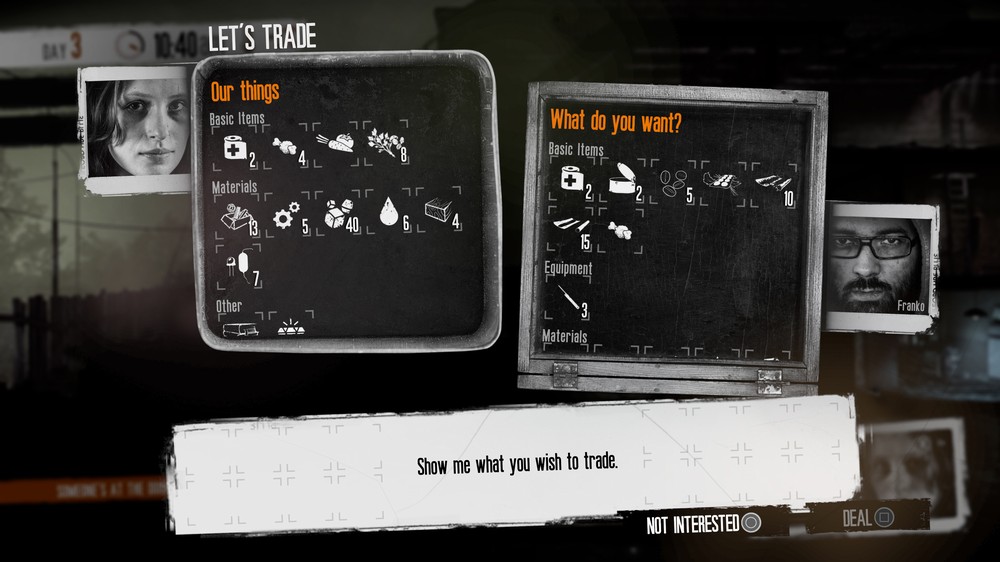 The second instance that stuck with me was looting at a school. I had two sick survivors back at my base. We desperately needed more food and bandages when a man started chasing me through the building. I wasn’t sure if he had a weapon, but I turned and stabbed him before he could attack. After running back to my base, I felt such a sense of weight as I considered how my house would eat at the expense of others. It’s such a profound game full of split-second decisions that haunt you in a good way.

You will interact with the world from the “ant-colony” view of a dissected house. My only complaint is that when daytime is ticking by, and I am trying to select the oven, it became difficult to wrestle with the controls until I executed what I was intending to interact with. It pains me to say, but a touch screen interface would be better in some cases. 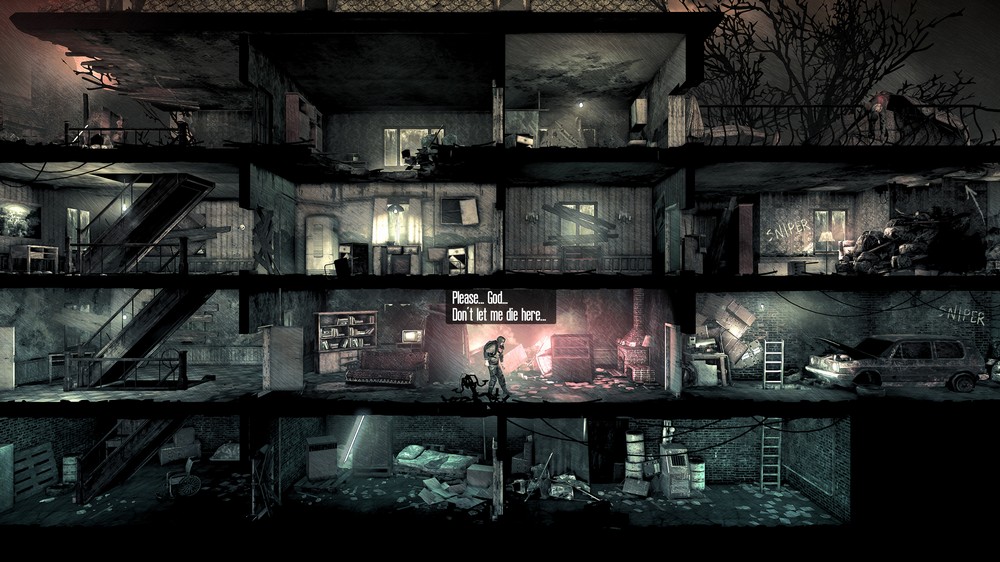 From just one screenshot you can see the art design of a bombed-out city with buildings on their last legs houses hiding alcoves of resources and survivors. It’s a clean and effective visual that is accented by the soundtrack of a lone guitar and a somber symphony.

This War of Mine sat in my backlog for years, and I’m sad I hadn’t dusted it off until now. While the studio seems to keep updating and releasing the game, it’s safe to say that now is a timely point in history to play a game about a besieged city in this region of the world. I will never forget some of the split-second decisions I made and regret. I would argue that it’s more than a hidden gem hiding in your backlog, it’s one of the best stories you’ve yet to participate in. If you are ready to have your heart broken in the best possible way, This War of Mine Final Cut is waiting to show you the real face of war. 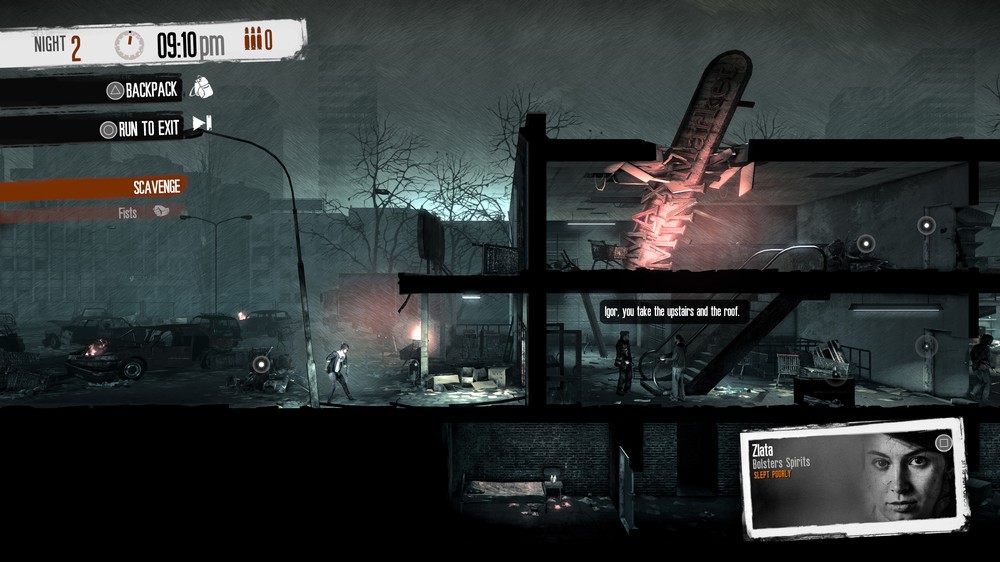 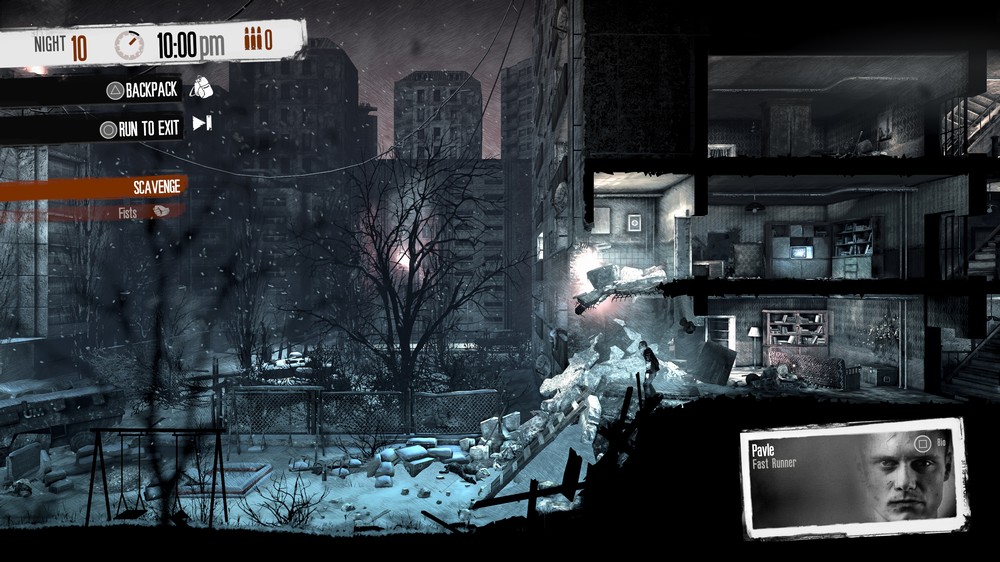 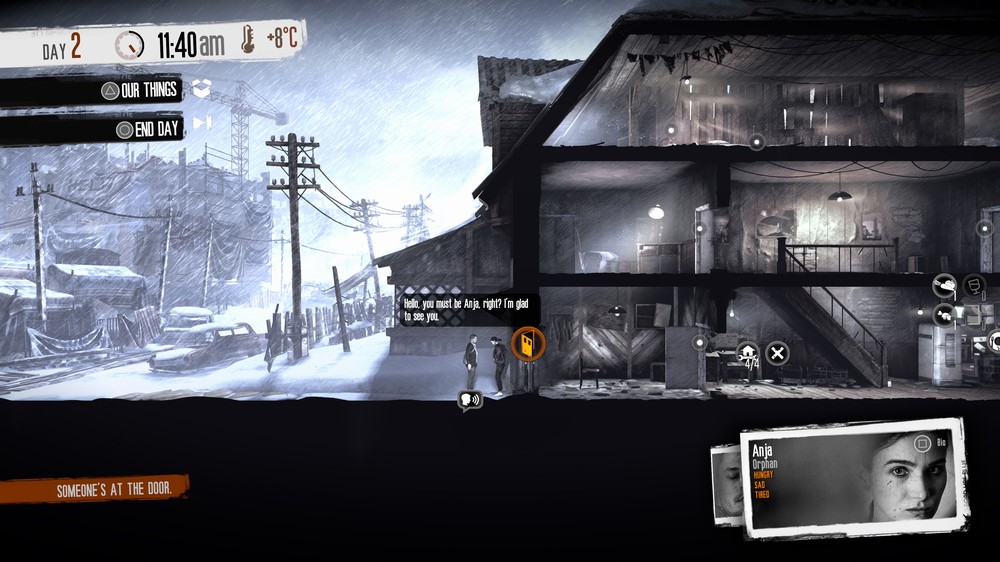 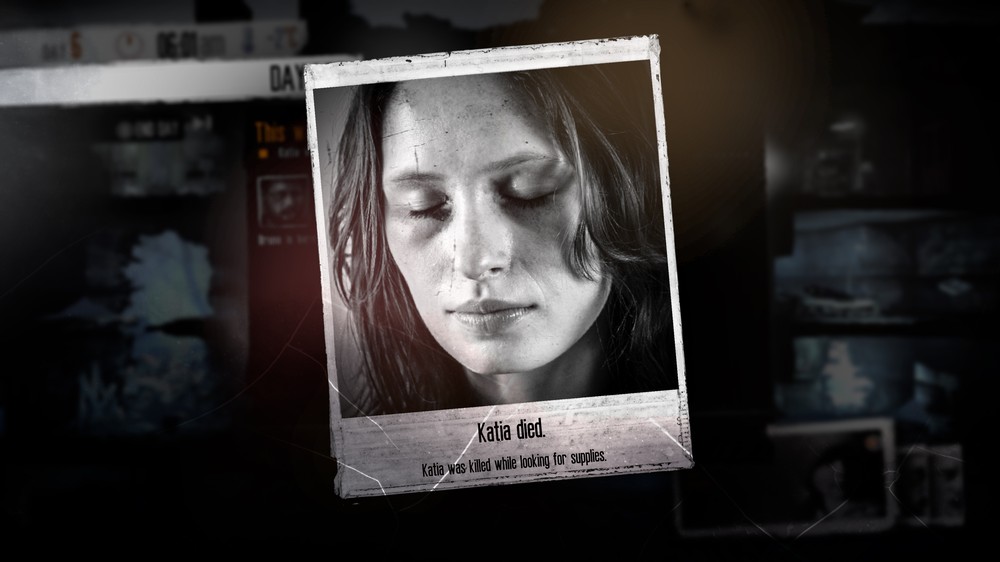