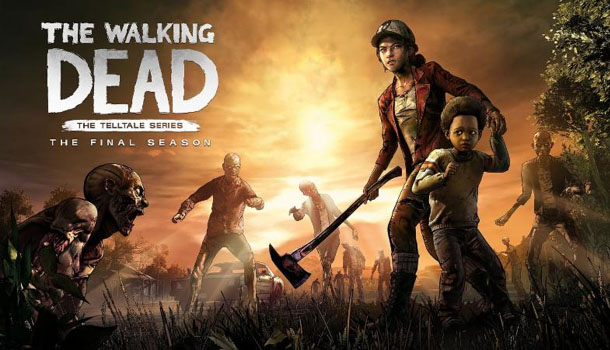 It’s been almost two years since I reviewed the third season of Telltale’s The Walking Dead franchise, and I admit to forgetting all but the most critical moments of that season. Thankfully, The Walking Dead: The Final Season starts off with the option to load in your key decisions from last season as well as offering an interactive prologue that recaps events from the first two seasons, giving you the chance to relive your past or perhaps rewrite it. While it may seem superficial, it actually does weave those decisions into the fabric of future conversation trees in this new season.

Once you lock in the past we join up with Clementine, speeding down an abandoned country road in a rusted roadster with a much older AJ fidgeting in the backseat. When we last saw AJ he was a baby, but now he is a gun-toting toddler with a dead-eye aim and a knack for instigating trouble that Clem usually has to resolve. There is an interesting dynamic between Clem and AJ, a boy who has known nothing but a violent post-walker lifestyle, which leads to some interesting situations in this and hopefully future episodes when they try to reintegrate with “civilized society”.  But before the main story kicks off we get to acclimate to the new gameplay style that makes the most of new cameras, freedom of movement within the world, and easily the most striking new visual art design of any Telltale game to date. 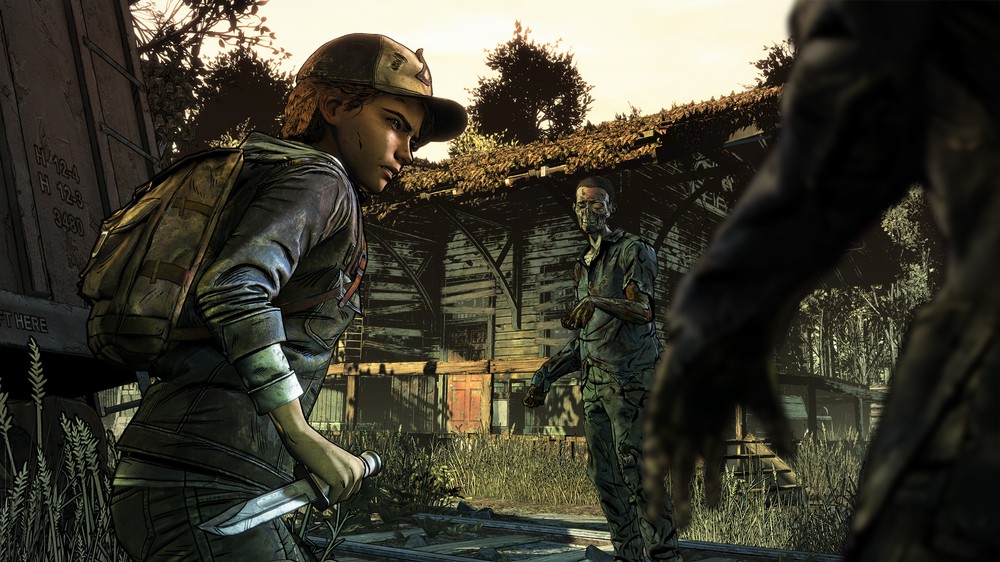 They call it Graphic Black; I call it incredible, with a style that looks like your comic book just came to life. It’s so good it’s distracting at times with incredible use of lighting and shadows and a heavy stroke outline to the characters and environmental artwork. Characters and backgrounds seamlessly merge together creating a super-clean look that can actually hide interactive objects if it weren’t for the pop-up dots indicating things you can do. The game also fully supports 4K and on my GTX1080ti the graphics were leaping off the screen with color and clarity, all the while maintaining a locked 60fps.

While we’re talking about presentation we may as well dive into the voice acting, which is just as outstanding as the graphics. About 30 minutes into the game we get introduced to a growing cast of characters, each with distinct personalities that are memorable in their own way, especially in a mid-installment section where you must interact with everyone individually and try to establish a positive or negative relationship. The acting is so good you can actually get a hint of deeper character elements that are going to rise up later in the story. 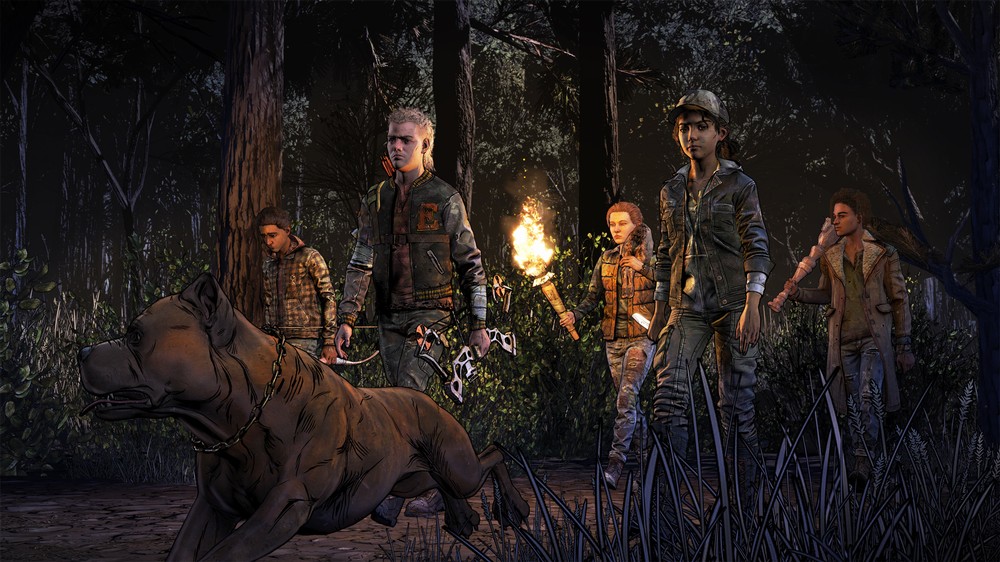 As far as a starter episode for a new (and final) season, “Done Running” is a slow burn that only gets exciting during the final 15 minutes of the two-hour episode. Everything up to that point is conversations, a couple of brief walker encounters, a fishing mini-game, and just a lot of day to day routine stuff. It’s like those boring episodes of The Walking Dead TV show before or after they blew the budget on a big SFX episode, so I can only hope things get more exciting in the final three episodes coming this year.

After the initial supply raid, Clem and AJ get into a car crash and are rescued by a group of teens who have taken over a local private school.   Clem and AJ must then decide if they want to stay and if so, prove themselves to the group. While the group of unsupervised teens have done surprisingly well for themselves, Clem and AJ seem to have an upper hand when it comes to overall survival skills and common sense, and before it’s all over all sorts of issues and community betrayal will surface. 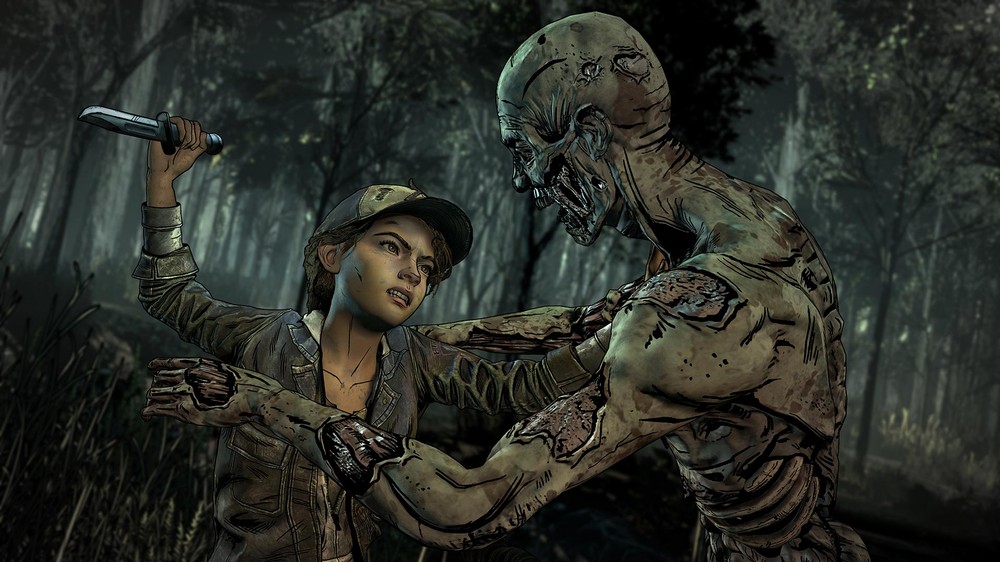 The Walking Dead: The Final Season does mix up the standard formula by adding collectibles. I only found half of these, which all appear to be items you can use to decorate your room at the school. For the first time in the series there is also a branching story path. As I mentioned above, I went fishing, but there is another option to go hunting, and if you do one you cannot do the other without replaying the game; a great way to encourage achievement hunters to replay a second time. Another new and interesting dynamic is that AJ is always watching what his “mom” does, and not necessarily what she tells him to do. Your actions as Clem will definitely have a profound impact on how AJ acts and reacts in certain situations.

This being the final season and all, I was hoping this first episode would have launched with more of a bang than a buzz. There were way too many extended cinematics and dialogue sequences that didn’t even require my input. A lot of actions and decisions that could have been interactive weren’t, and that feeling of watching a movie was greater than any previous installment in the series. Even the post-episode stats screen only had a few choices listed before displaying your relationship chart with all the kids…and the dog. This episode was clearly about setting up the characters and the situations we’ll have to deal with in future episodes, which makes me wonder if it wouldn’t have been better to release the first two episodes at once like they did in Season 3, so there would have been more action and actual gameplay. 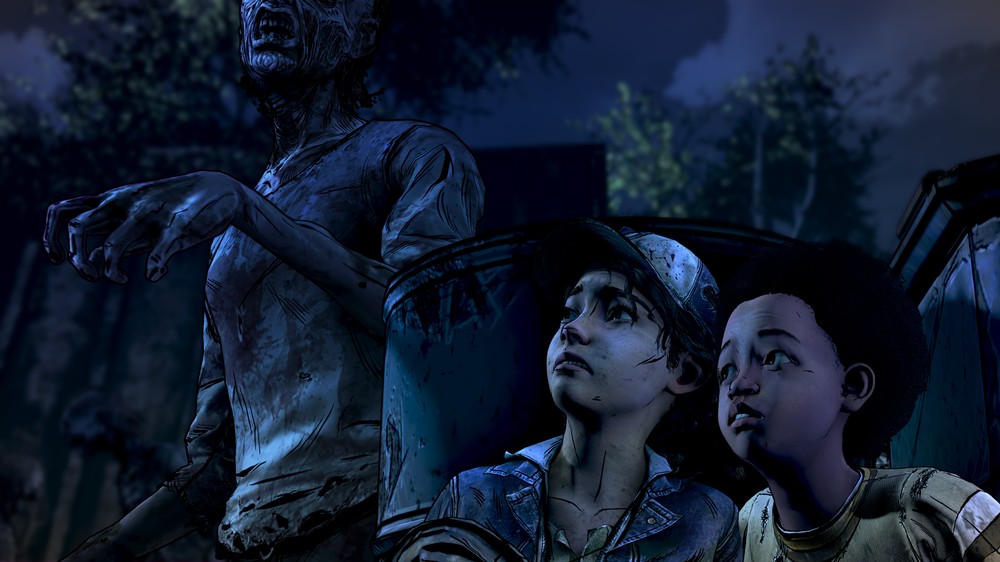 My score at this time reflects my opinion of this installment only and as always, I’ll reserve final judgement until I have played all four episodes that will trickle out between now and December. Considering this final season only has four episodes and they will all be out by the end of the year, it might be best to wait and play them all at once just to keep everything fresh. The plodding pace of this first episode combined with so many characters may make it difficult to remember what’s going on before the next installment. But even this forgettable episode is partially saved by an amazing new visual style and engaging voice acting that really drives home the story. We just need more interaction.

I’m finally back with the full season wrap-up for The Walking Dead: The Final Season.  Sorry for the lateness of this review but with all of the delays due to the studio closing and then the Epic Game Store vs. Steam debacle not to mention all the holiday releases that showed up these past months, I just now got around to finishing the season.  In fact, it was so long I even had to go back and replay the first episode over again, and I’m glad I did because I had forgotten most of it.  It also reinforced my belief that these episodic games are best played when the entire season has released rather than waiting months between episodes.  I finished all four episodes over the course of three nights and enjoyed it much more than any other Telltale game spread out over many months. 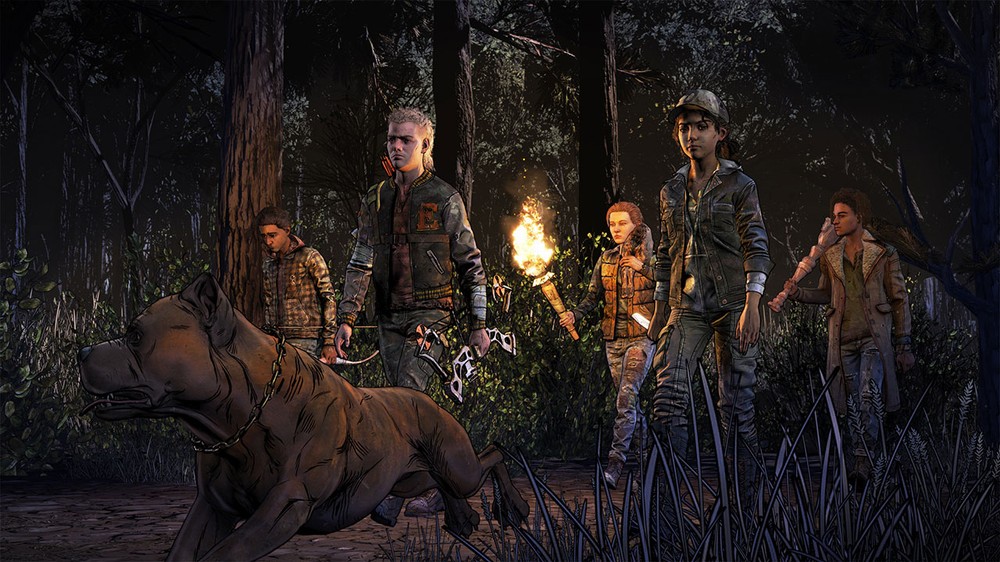 With all that said I still stand behind my initial review (above) for the first episode. It’s the weakest of the four mostly because it spends a majority of the time setting up characters and situations that will play out over the next three installments.  But even those installments seemed to be unbalanced with huge portions of minimal interaction on the part of the player.  And when the rare action sequence did insert itself into the narrative it was almost always some sort of arcade shooting gallery or melee focused clear-the-zombies sequence.

There were a few interesting surprises; especially when Clem meets up with a character from the first season as well as a touching flashback to that same season with Clem and Lee in the boxcar.  There is an interesting relationship drama that potentially unfolds between Clem and one of the other students, but the most dynamic relationship has to be with Clem and AJ.  This kid is living on the edge and watching and listening to everything Clem does and using that to shape his own life and moral code.  By the final chapter things can get quite scary depending on what kind of influence you’ve been up to that point.  Somehow I managed to make it this far without having the ending spoiled for me, and despite my predictions of what I thought was going to happen, the writers managed to surprise me with one of the most satisfactory endings of a franchise in a long time…perhaps ever. 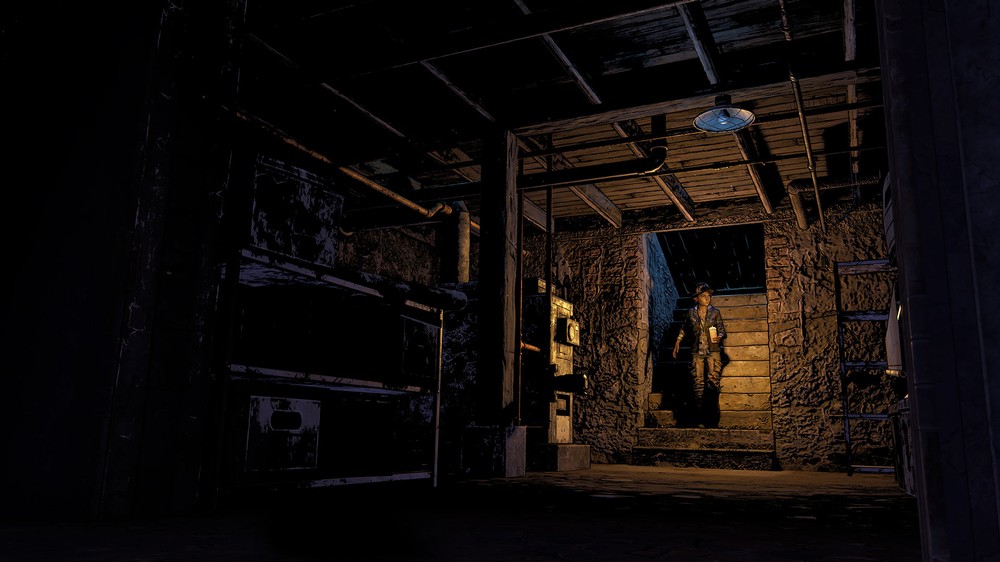 The final three episodes shared the same outstanding art style and fantastic voice acting for everyone involved.  The episodes flowed seamlessly and shared the same balance of interactivity.  It’s not until you get to those end-chapter stats screens where you realized just how little you participated in the game.  I was also surprised that most all of the critical decision were even split – I’m guessing people are playing twice to choose alternate paths and skewing the results.  Only a few obvious choices ever reached 70% or higher.

I enjoyed the entire season far more than any individual episode, and to that end I am bumping the score up to a 4 out of 5.  The game still lacks that level of participation and connection past seasons have shown to the point where this was like watching a TV show at time.  The collectibles were a nice touch and add a minor level of replayability for those going after Steam achievements (Epic Game Store has no achievements), and I really enjoyed how Clem had to maintain a certain level of diplomacy and relationship status with multiple students at once and stay a positive influence for AJ.  If you were ever looking for a parents’ guide to the zombie apocalypse this might be the closest we ever get.

The Walking Dead: The Final Season is a satisfying conclusion to a franchise that has provided a rollercoaster of emotions over the past several years.   You’ll smile…you’ll cheer…you may even tear up in a few scenes, but you’ll be glad you did when those final credits start to roll.