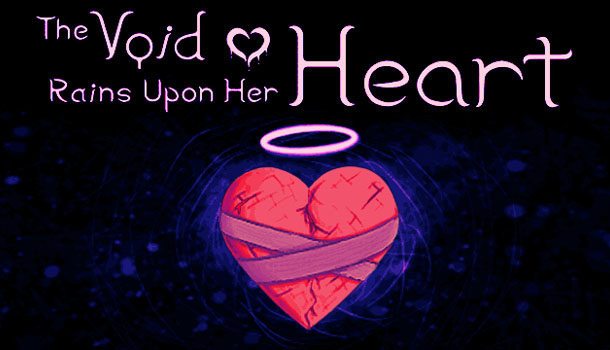 As a gamer, I love it when holiday events make their way into various games. The downside is that they are usually limited to mostly online titles. What is lacking however is standalone holiday themed games that are not just limited time events or add-ons to existing titles. While some indie games in the past have been mediocre at best, I’ve got a title this year that stands out as being rather unique by comparison. Enter “The Void Rains Upon Her Heart”, a currently Early Access title by developer Veyeral Games.

If the name doesn’t give you any hints to its particular holiday affiliation, well all you need do is look into your heart. That’s right the day of all days to show how much you care about someone special, Valentine’s Day. Released in Early Access on February 14, The Void follows an alien girl that is trapped in a cave with nothing but monsters constantly around her. Unable to fight these creatures, she instead tries to befriend them through the power of love. How does one show love to monsters that wish to destroy you? By shooting them with heart-shaped bullets from your own heart of course. 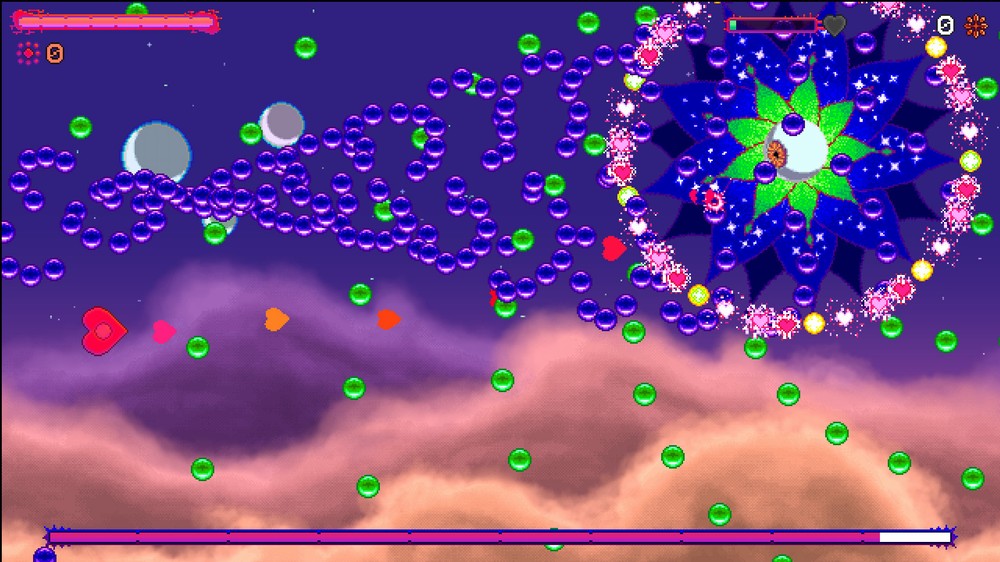 The Void Rains Upon Her Heart is a boss-rush experience using 2d bullet-hell mechanics for the combat. I’ve played many bullet-hells over the years and while I’m not an ace at them, I’ve gained a certain love for the challenge that they represent. The Void Rains Upon Her Heart is no different as I found myself going through its somewhat dark narrative. Ultimately players must fight one monster after another until they take on the final boss at the end. Getting there is a totally different matter as players can be their own worst enemies.

Relatively speaking, The Void Rains Upon Her Heart, so far, is a fairly short game involving three chapters each containing three fights. The trick is that you have to complete each one using a single life. Dying in any one of them makes you restart from the very beginning in true boss-rush fashion. Defeating monsters however can earn you gifts to aid you as you make it further and further such as being able fire two bullets at once or even behind you. 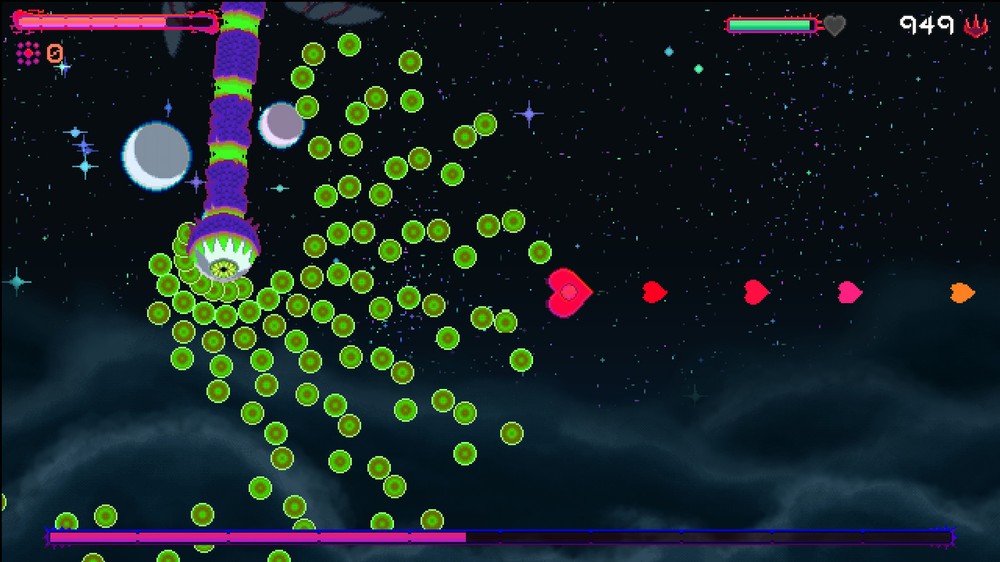 In combat, your heart is always firing heart bullets but you also have a charge attack that can be used to inflict heavy damage or defeat smaller boss elements quicker. You also have a focus ability that allows you to slow the game to help you pass through the torrents of enemy fire as you try and focus on the boss. For those particularly hairy situations you also have an ability called a Panic Attack which can vary depending on what gifts you’ve gained in a run. One such Panic Attack acts as both a short timed shield and an area of effect attack that damaged anything in its radius including enemy fire.

Interesting enough these abilities reset when you die but this is where The Void Rains Upon Her Heart gets interesting. Every time you defeat a monster with love you also earn Tetrids based on the monsters. At first, I wasn’t sure of their purpose as little is explained during the story. With a little menu exploring I found out that Tetrids are actually used to permanently reveal both monsters and gifts by radiating them. The developer and publisher also took the time to explain this almost overlooked feature via a Steam post for those who want a refresher. 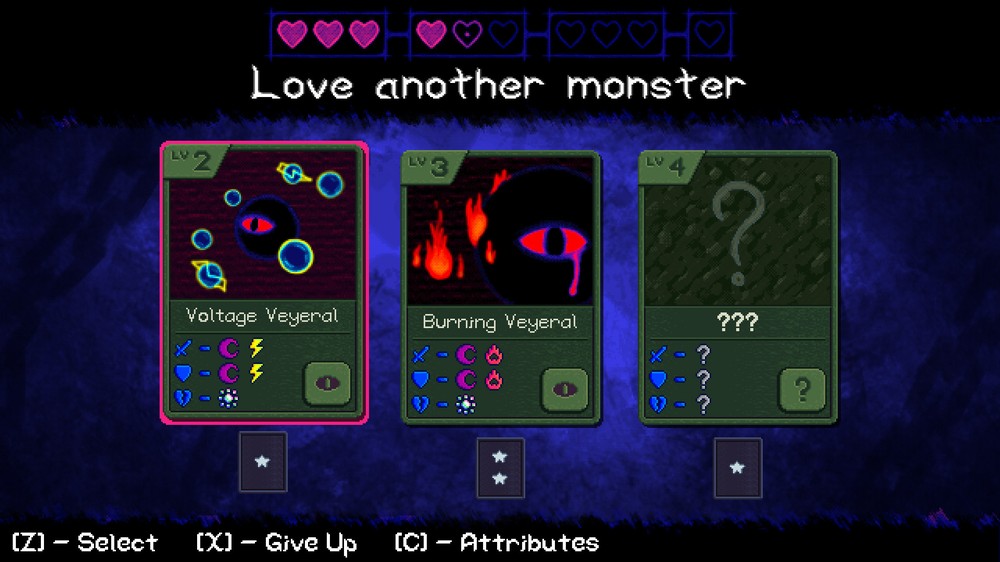 This not only serves to allow you fight any unlocked monster with whatever unlocked gifts in the unlockable Quickplay Mode but also makes them viewable in the story mode so you can plan your next fight according to the gifts you desire. As I mentioned before you can choose your next fight but by doing so you can actually make the game harder as you go. By selecting mystery or revealed monsters you will face off with harder versions of new or previously fought monsters. This can prove a challenge as a level 9 boss will have different sets of attacks than the level 1 counterpart.

It’ll be interesting to see all the new monsters that will be added as the game is developed but so far I got to say that the ones already present are quite diverse and rather cool in a monstrous kind of way. If it isn’t already apparent by your first death or rather “heartbreak” in the game much of The Void Rains Upon Her Heart’s subject matter is very heavy with subjects ranging from anxiety to suicide and its artwork including those of your gifts reflect as much. That said there is beauty in the retro designs throughout the title all of which is created by one person. The music so far is awesome and really fits with each monsters battle. Once you defeat a new monster or hit a particular goal you will unlock more and more music to listen to outside of combat in the music menu which is cool. 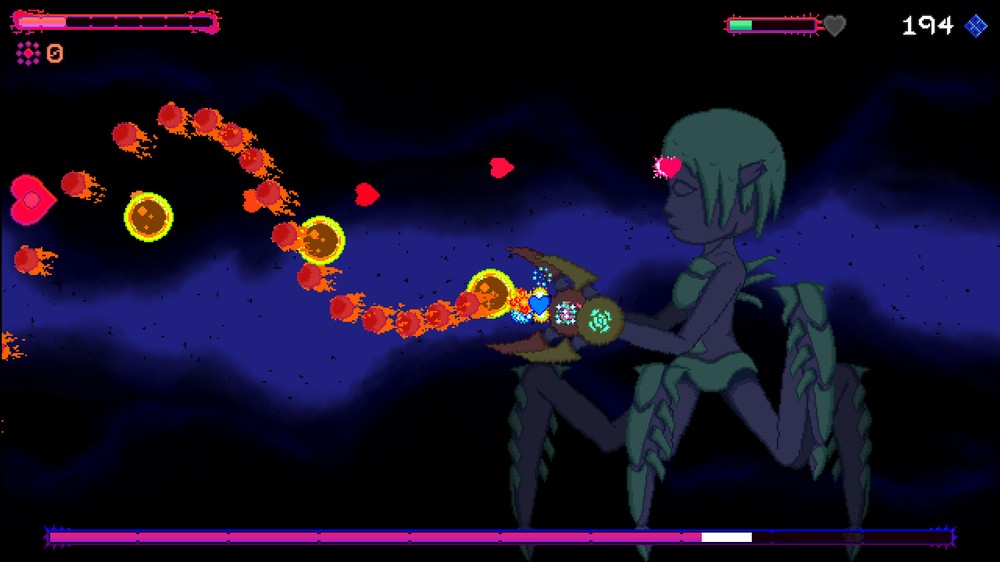 The Void Rains Upon Her Heart is a title that I’ve had a fun time experiencing so far. Even with its heavy subject matter it somehow doesn’t hinder the combat or the selected procedurally generated boss fights. This is one of those games that really makes you want to keep trying over and over again. There’s even story for those whose heart isn’t quite up to the challenge that you will discover the more you try. I look forward to see where The Void Rains Upon Her Heart goes when more content including monsters, gifts and even new characters in the future. If you haven’t heard about The Void Rains Upon Her Heart before now and if you love bullet-hell titles then I definitely recommend checking out this Early Access title today via Steam. 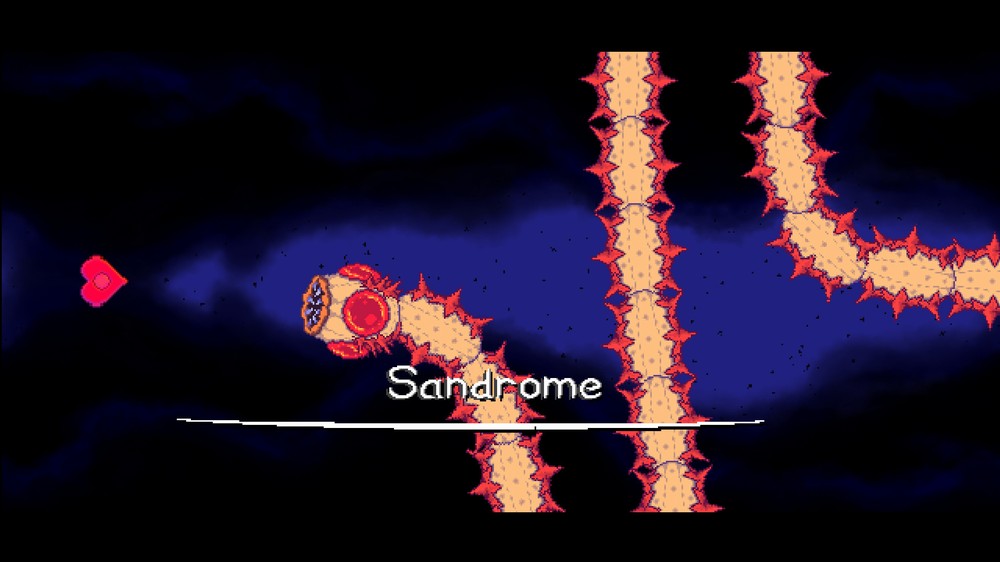 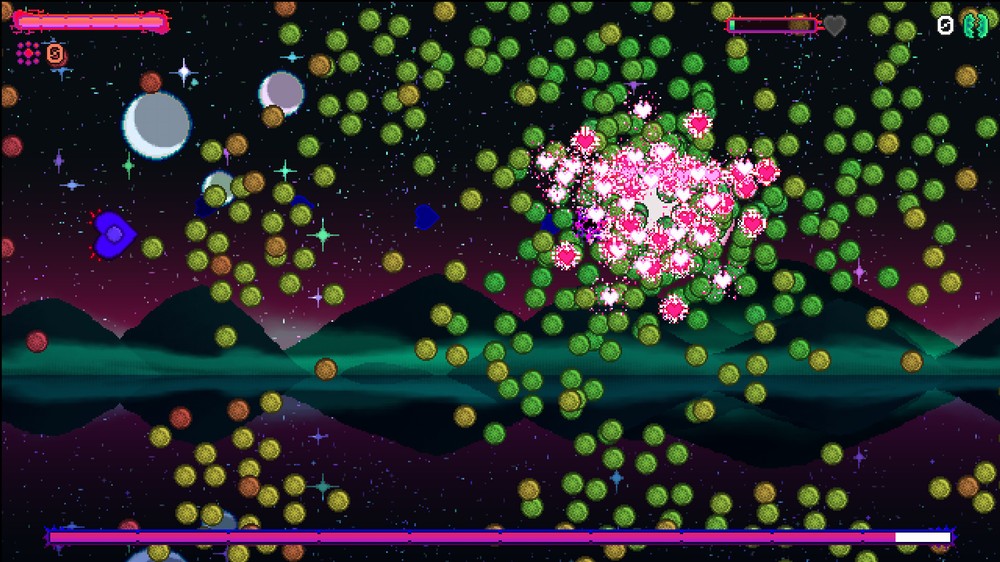