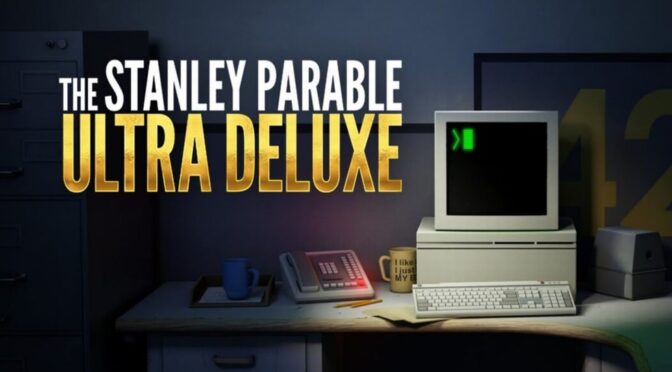 Coming up on its 9th anniversary, The Stanley Parable is perhaps one of the best examples of a “walking simulator” ever conceived.  The premise is simple; you snap out of your daily work coma to find the entire office building has been deserted.  Where did everyone go, and more importantly, how do you get out?  Those are just two questions that kept gamers glued to their PC’s back in 2013 and beyond, and with the release of The Stanley Parable: Ultra Deluxe remaster/sequel/follow-up, it’s time once again to lose ourselves in that twisty maze of office cubicles, hallways, and warehouses; now with nearly triple the content and just as much fresh humor. 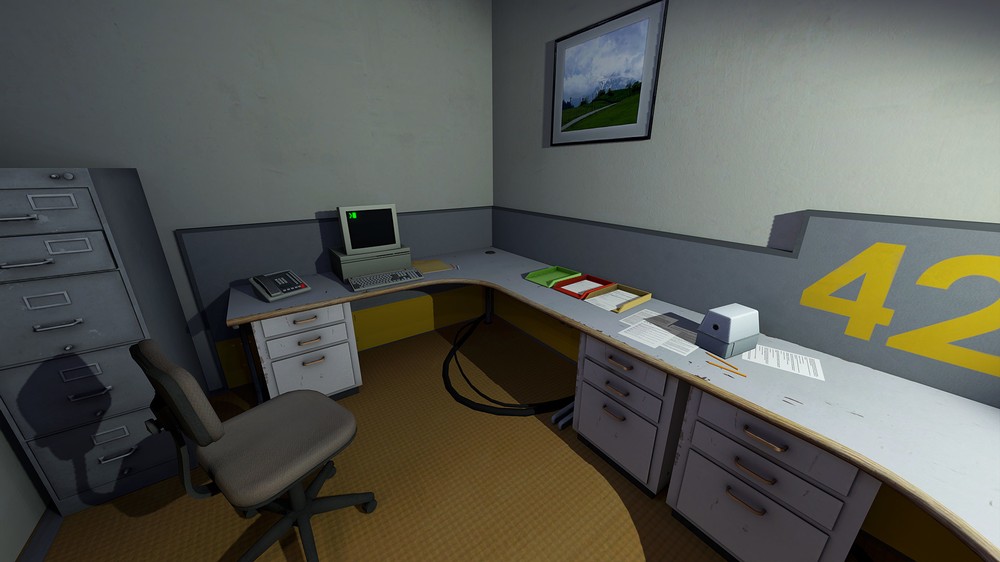 As the title hints, you’ll be playing Stanley, exploring a deserted office building filled with secrets and mysteries.  Along for the ride is the narrator (voiced by Kevan Brighting), a voice in your head that will try to guide you along your adventure with real-time narration that not only calls out your immediate actions but also hints at what you are supposed to be doing.  Obviously, this is where the potential for great humor and conflict comes into the mix, as you are not obligated to follow the narrator’s suggestions.  In fact, much of the humor and extended gameplay derives from explicitly ignoring and disobeying your verbal guide.  So when presented with two doors, right and left or red and blue, and the narrator tells you to go through one your first reaction is to do the exact opposite.  This contrary behavior pretty much carries over to ever decision you can make in the game.  When a sign warns of a $5000 fine for jumping off a cargo lift you are naturally going to jump off it. 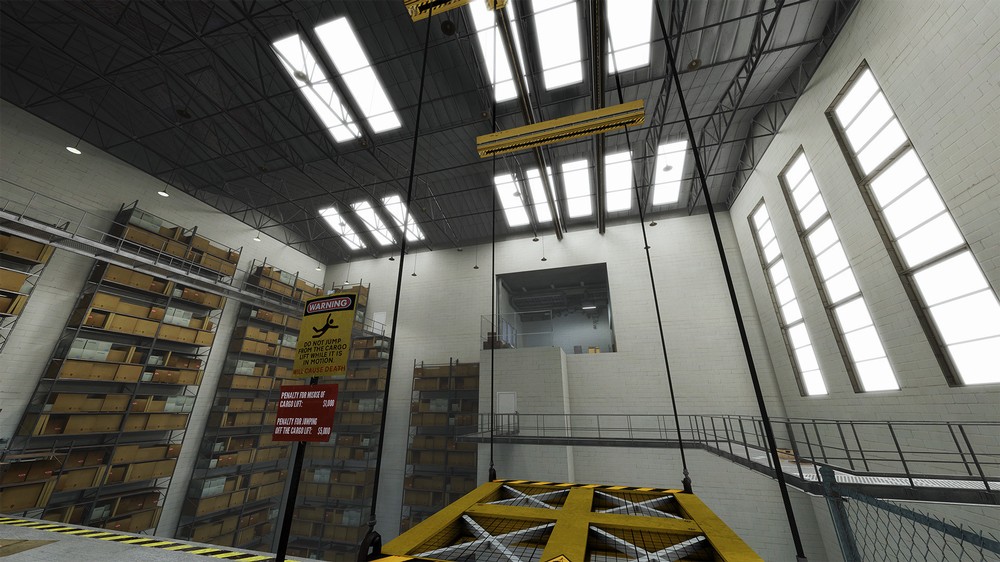 The story is constantly evolving due to these nearly non-stop decision points and seemingly endless branches in the narrative that will lead to just as many end-game moments and subsequent restarts, as per design.  There is no penalty for failure other than being sent back to your office to start your Groundhog Day nightmare over and over, but even then new events occur and fresh narration awaits, all influenced by the events from previous trips through the office.  While there is one proper ending to the game that you can easily reach in less than 10-15 minutes by simply following instructions, there is countless hours of content exploration beyond that simple ending, and just when you think there is nothing left to experience you will stumble on something new.

This new Ultra Deluxe edition asks you straight up if you have played the previous version and saying yes will grant you access to the new content a bit sooner.  Eventually a door will unlock with a big neon sign pointing toward the new content, which is just as hilarious, charming, and entertaining as everything you have experienced up to that point.  The game gets extremely meta as the narrator becomes self-aware and the whole concept of reality starts to fold in on itself.  No spoilers here, but you can watch my videos for both the original game and the new content if you want to see Stanley in action.  There will be spoilers. 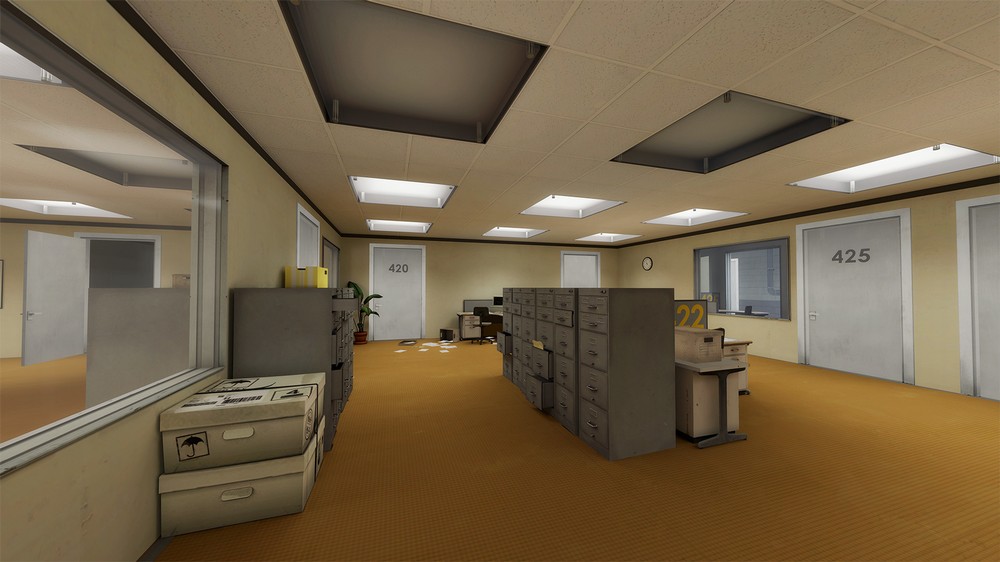 The Stanley Parable is one of the best narrated adventures of all time; perhaps only matched by Bastion, which achieved more mainstream fame and acclaim due to its presence on consoles.  This new Ultra Deluxe version of The Stanley Parable is also now on consoles and for my review I was playing on the PS5.  The game has been entirely remastered in the Unity engine and looks fantastic considering the limitations of the simplistic art style.  But nobody is here for graphics; this is all about story, presentation, and discovery.    To that end expect some fiendishly clever trophies that will keep non-cheating gamers from getting a platinum trophy until 2032.  Another trophy requires you to play (or at least have the game running) for 24 hours on a Tuesday.  It’s absurd content like this that makes The Stanley Parable Ultra Deluxe just as fresh and entertaining as it was nearly a decade ago. 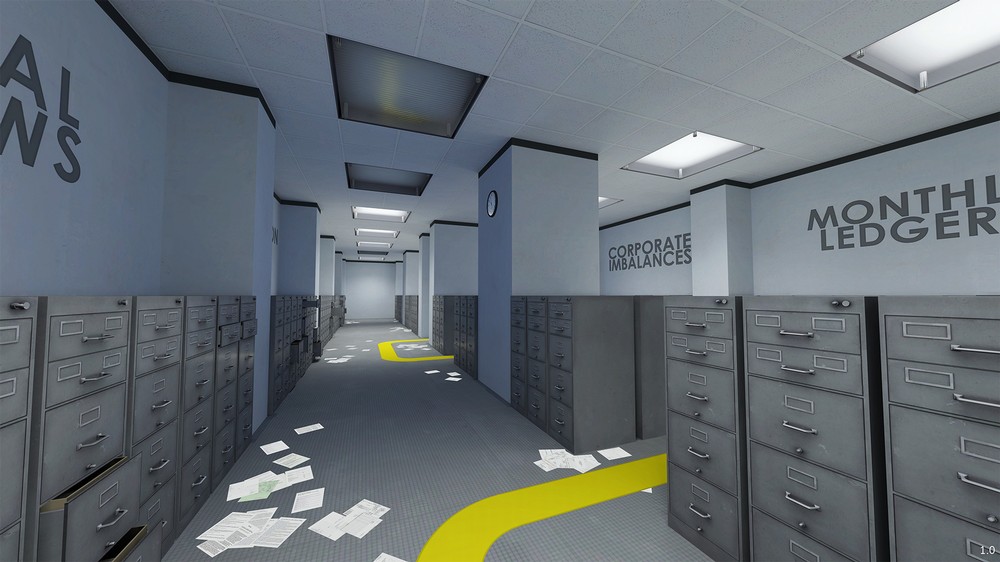 I never got around to reviewing the original game back in 2013, so I was very happy to get to review this latest version, and now that you can play The Stanley Parable Ultra Deluxe on consoles as well as PC the potential audience for this game has grown exponentially.  I really can’t recommend this game highly enough.  If you are looking to chill, laugh, and explore endless possibilities in a leisurely fashion while under the constant guidance of a narrator that will make you feel like you are trapped in a Monty Python skit then you’ve found your game.