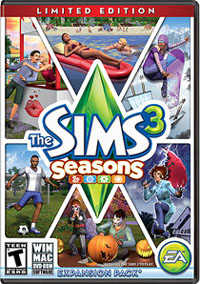 The eighth expansion pack for The Sims 3, The Sims 3 Seasons is my favorite of the add-ons released for the game so far. A reprise of the analogous fan-favorite add-on for The Sims 2, Seasons for The Sims 3 again introduces the refreshing variability of dramatic weather effects, cycling seasons, and seasonal activities and holidays to your Sims everyday lives—and it does so with the kind of humor and flair that we’ve come to expect from the Sims games.

More than that, though, it’s a welcome departure from several past expansions in that it updates the entire Sims 3 experience globally, across all towns, without requiring players to place new, gimmicky lots or move their families to new locations to fully enjoy the new content. Instead, each town’s central park is painlessly updated to feature seasonally rotating festivals that liven up a previously humdrum location. At these events, Sims can get their faces painted, bob for apples, try a kissing booth, join a spring dance, search for eggs, try the snowboard half-pipe, participate in eating contests, buy fair food, redeem festival tickets for prizes, or try other festive activities, depending on the time of year.

The seasons transition gradually and naturally, and weather effects like lightning storms, rain, and hail are all beautifully represented and accompanied by convincing sound effects that muffle nicely when the camera zooms indoors. Bodies of water freeze over, bare tree branches wave in the wind, and frost covers the windows in chilly weather. Additionally, weather patterns and the lengths of each season can be individually customized for each game, allowing you to create neighborhoods with different climates. The amount of thought that the developers put into imitating real-life weather conditions really shows, and fans are sure to appreciate all the quaint little details. 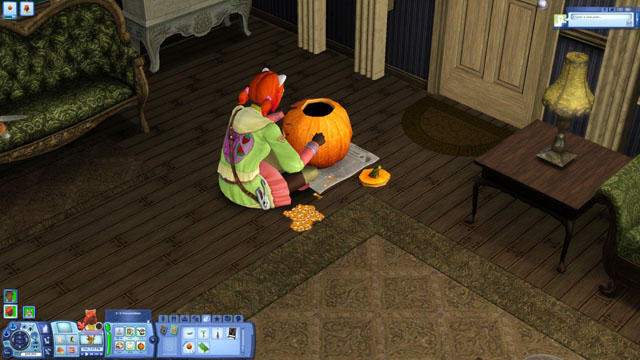 Each season has its own set of new interactions and opportunities, like swimming in the ocean, spray or sun tanning, ice and roller skating, water balloon and snowball fights, raking fallen leaves, building igloos and snowmen, hanging up holiday lights, trick-or-treating, and carving pumpkins, just to name a few examples. Sims can throw new types of parties, featuring costumes, feasts, or gift-giving, in celebration of several popular holidays.

On the flipside, Sims can suffer from allergies, sunburn, or catch colds. They can also be struck (and possibly killed) by lightning, spontaneously combust from extreme overheating, or freeze to death if they expose themselves to the elements too long, providing sadistic players with new ways to torment their Sims.

One of my favorite parts about the expansion, though, is the reintroduction of aliens to the game. Sims 2 veterans will remember the intergalactic scamps that occasionally abducted curious Sims who overused their telescopes, sometimes impregnating unfortunate Sim males. The aliens are back, and if lured to visit, interact like any other computer-controlled Sim—and can perhaps be convinced to move into your Sim’s household to become a playable character.

Alien Sims meditate to restore brain power instead of sleeping and have some interesting mental abilities that I won’t spoil, though it’s probably worth noting that if you own The Sims 3 Ambitions, they can summon meteors to devastate a location of their choosing. Another perk is their UFO vehicles that teleport instantly to locations and allow your Sims to abduct their hapless neighbors, attack community lots with laser cannons, and try some space travel (albeit rabbit-hole style). 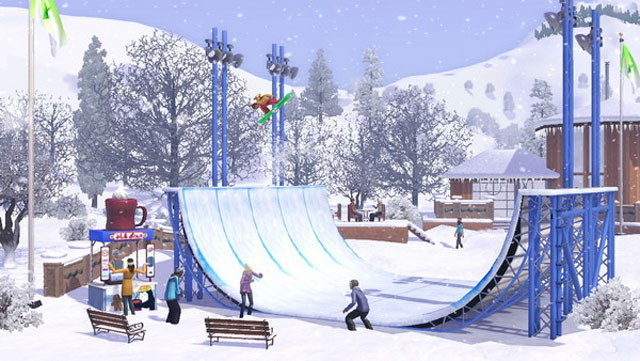 This add-on may not include a new town as most previous expansions did, but the new content is substantial enough that I hardly noticed. Besides the features that I’ve already mentioned, Seasons also adds a new outerwear outfit slot and a collection of new items, including a handful of outfits and hairstyles, umbrellas and parasols (which, incidentally, also protect vampire Sims from burning in the sun), snow cone machines, firecrackers, pumpkin pie, snowboards, and skating rinks. If you manage to get the Limited Edition, you’ll snag an extra Ice Lounge lot with some snazzy ice-themed furniture. Players who also own the Supernatural expansion pack will have added to each city a Weather Stone, which can be used by supernatural Sims to summon unique unnatural weather effects.

On the downside, Seasons does load slowly, the growing item catalog can be unwieldy enough to make finding specific objects difficult, the game’s interface feels increasingly pushier about selling you DLC, and there are sadly still many unresolved bugs. As of the time of this writing, I noticed that seasonal actions are sometimes available during the wrong season (e.g., water balloon fights in winter), butlers (from Late Night) are still problematic, and the game still sometimes freezes up for seconds or minutes at a time, to name a few. These problems aren’t absolute deal breakers, but they can be frustrating, particularly as some of these bugs have been around for a while.

Still, this add-on undoubtedly infuses a three-year-old game with new life, and it’s, by far, the strongest of the eight. At a suggested retail price of $39.99, The Sims 3 Seasons is one of the pricier expansion packs, but it’s hard to imagine a Sims 3 fan missing out on this one, even with its foibles. 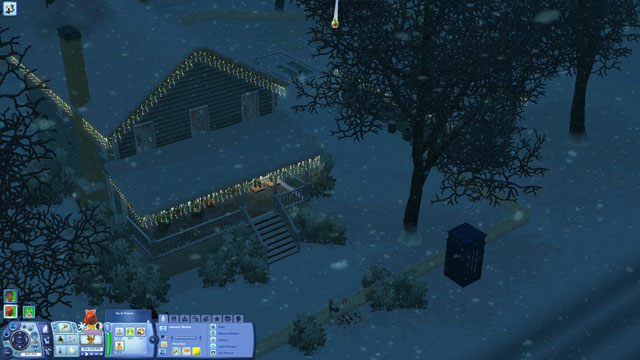 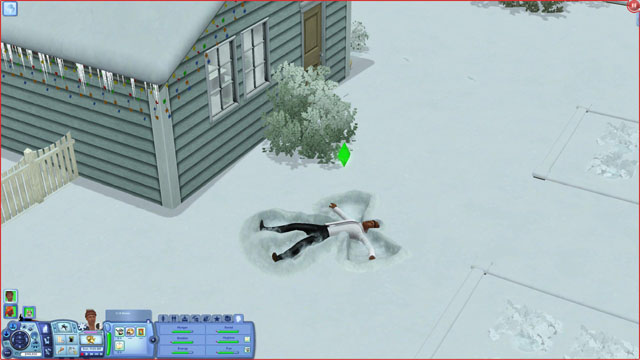 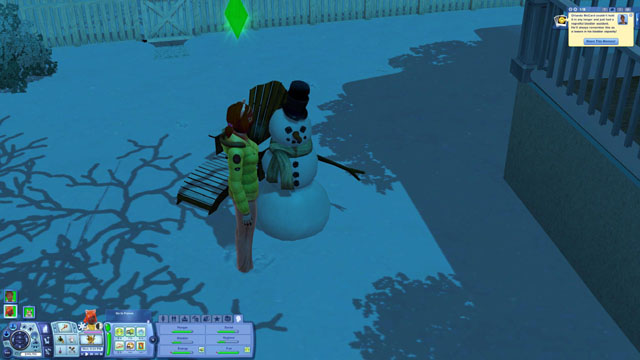 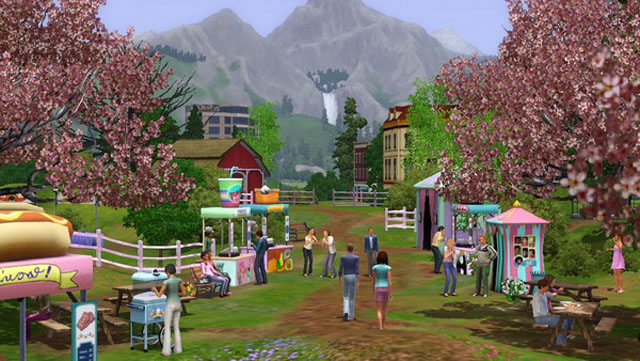