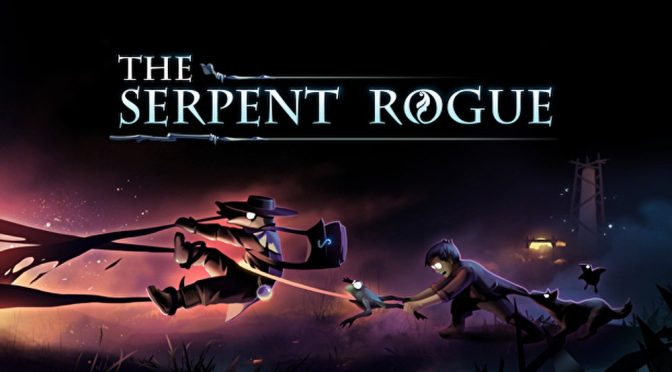 The Serpent Rogue was developed by Sengi Games out of Ukraine and published by Team17. After a few hours, I could tell this is a flawed but fun game where I just wanted to gather more resources to research more potions so I could gather more resources. It hooked me the same way as Animal Crossing does, just with teeth.  This is a mechanics-heavy game, with clockwork systems that govern the decayed beauty in a rogue-like world. It’s a shame that some combat mechanics and difficulty spikes weigh down the fun.

After choosing the body type you want as an avatar you will be transported to a land of “in-between” where you’re introduced to a guide, Solomon. There’s not a ton of setup, but essentially, it’s up to you to deal with a very “Gannon” looking sickness that has infected the world. 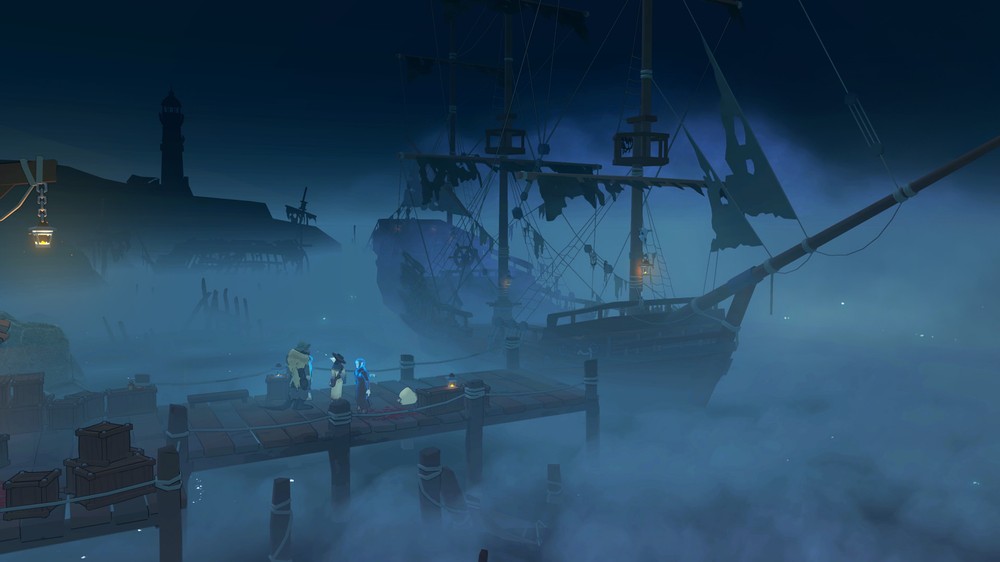 You play as a warden, a cross between medieval doctor and alchemist. While you appear to be a bit small and inexperienced as a warden, it’s up to you to brew the sweet healing medicine for a sick and infected world. Although the game has combat, we’ll get into that later, but your prime way of interacting with the environment is through alchemy. Namely, the study of items found in the wild and experimentation of mixing them all together. The system reminds me of the cooking system in Zelda: Breath of the Wild, but a bit more grounded and fleshed out. Overall, I dig it!

The first boss you fight will knock you on your ass, teaching you to first take the time to explore, craft, brew, and befriend some beasties before taking on anything too difficult. You’ll quickly learn, that upon each death, you’ll drop your inventory. It’s up to you to retrieve this or forfeit the contents should you die again. To keep it fresh, the “wilderness” outside of your camp has some randomization after each storm. Did I mention that the blight upon the land comes with contamination storms that reshuffle the raw materials you could scavenge and refresh the infected enemies? It’s fun to try and plan my outings in-between storms to harvest the most of whatever I was looking for. 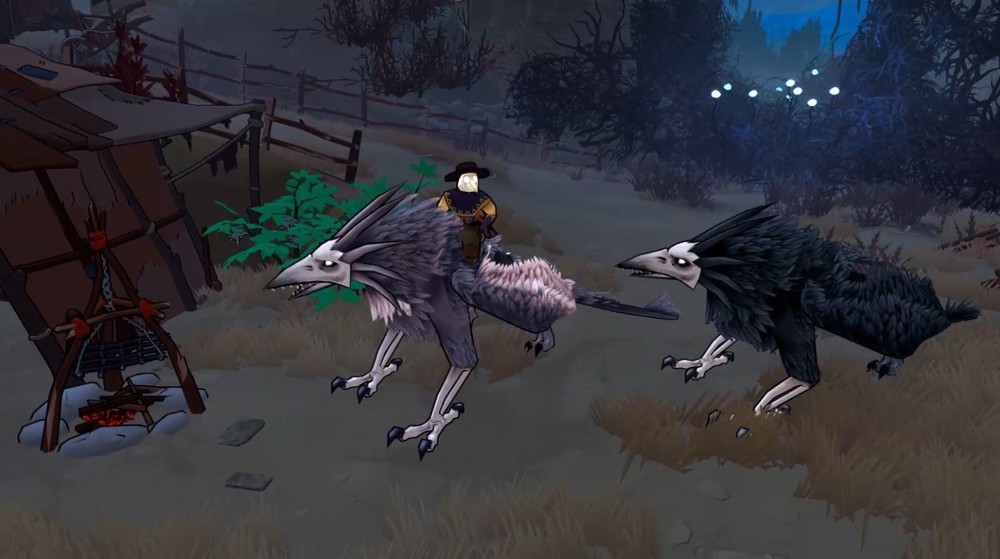 I appreciated the art design and sound of the world, with its Halloween vibe and renaissance-fair dressing. While I did have some hiccups with the sound bed not looping very smoothly, the sound design is simple but effective. It’s not going to blow your hair back, but given stylized graphics and interface, no single element gets in the way too much.

The movement and combat are the two areas I felt the game lags behind other titles of the genre. While your character’s locomotion is fine, not being able to move the camera took some getting used to. It isn’t that I can’t accept it as a creative choice, it’s that I enjoyed the world and wanted to examine it more. I understand an unlocked camera is probably a development choice made early on, but I keep finding my character running away from enemies that were just outside my view. It requires locking onto an enemy to tell the game to keep it in frame with the main character. This can lead to some unnecessary deaths and can be frustrating if you’re trying to get your inventory back. As a further warning, the only area map I saw was in the upper right-hand corner of your HUD, and it doesn’t do a great job of showing you to the nearest exit when the storm arrives. I would love a dedicated button to pull out a map and see where I was. 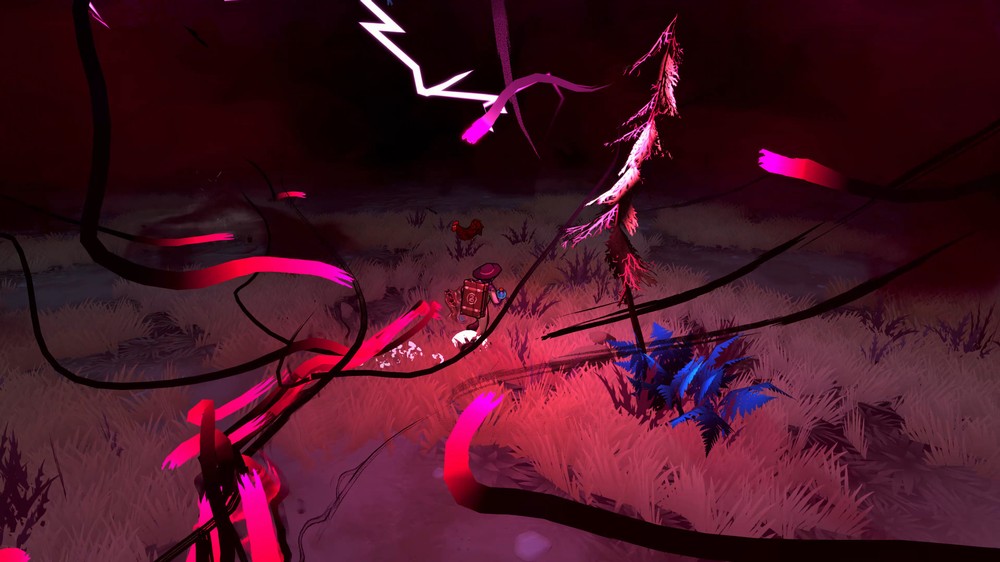 The main ways to buff up your character are through alchemy research to develop stronger buffs, forging weapons, and befriending companions. The latter is a much bigger part of the game than I thought. Much of the development is through growing your town and early on you’ll have a chance to make friends with a dog who can help you in combat and carry part of your inventory. It’s important to learn as much about plants as it is to learn different companion preferences to befriend them. Often times it is the difference between life and death.

I really enjoyed the rewarding practice of picking up a new resource and studying it to learn what I could make. I appreciate how crafting is central to The Serpent Rogue’s gameplay loop not supplemental. Oftentimes, I can ignore the crafting system, but I found myself enjoying it much more than the combat or minute-to-minute beats of the game. 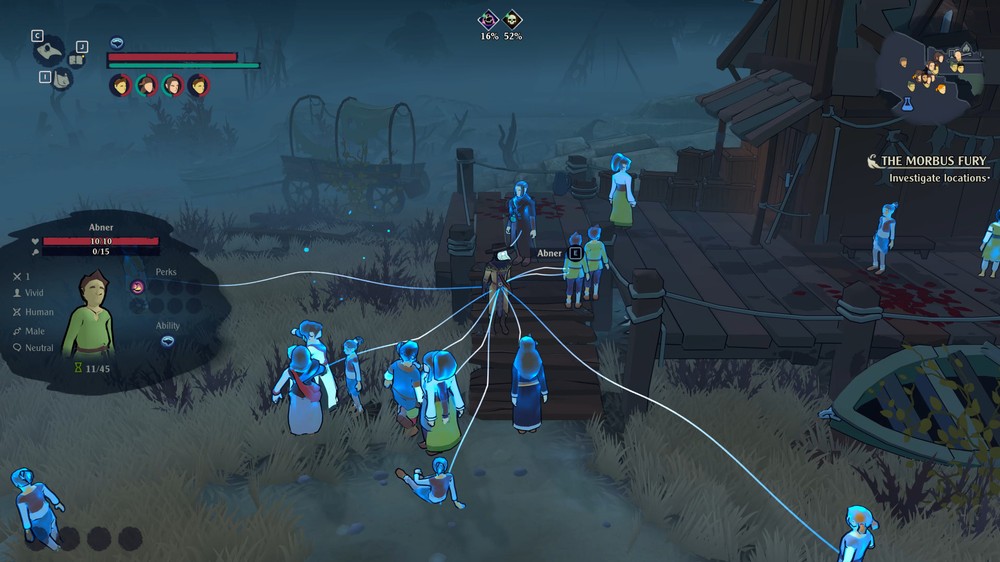 I will say that the combat is very simple and feels clunky. It would have been nice to have a bit more finesse in the one-on-one combat portions of the game, especially if it will be used as a gatekeeping mechanic. I have to admit that in addition to the combat not feeling very tight, it was a bit too tough for me. I will say I was not able to see as much of the game as I would have preferred because I got stuck numerous times with a difficulty spike that I could not overcome. Maybe I need to “get good” but I had to restart the game because I ran out of resources to craft a basic ax. Later, I learned that I could have killed some people in my camp and taken it from them, but I’d argue that there should be a basic set of equipment that never goes away as I lost a few hours of a save.

It’s not for everyone and the fun gameplay loop is a bit longer than in other games of the genre. I will say that the crafting and foraging mechanics are polished and fun. While I wish that, there was a bit more of an on-ramp for people who haven’t played the game before, I do see why they have developed a bit of a following. If Animal Crossing with teeth sounds like your kind of game, it’s worth the price of entry. 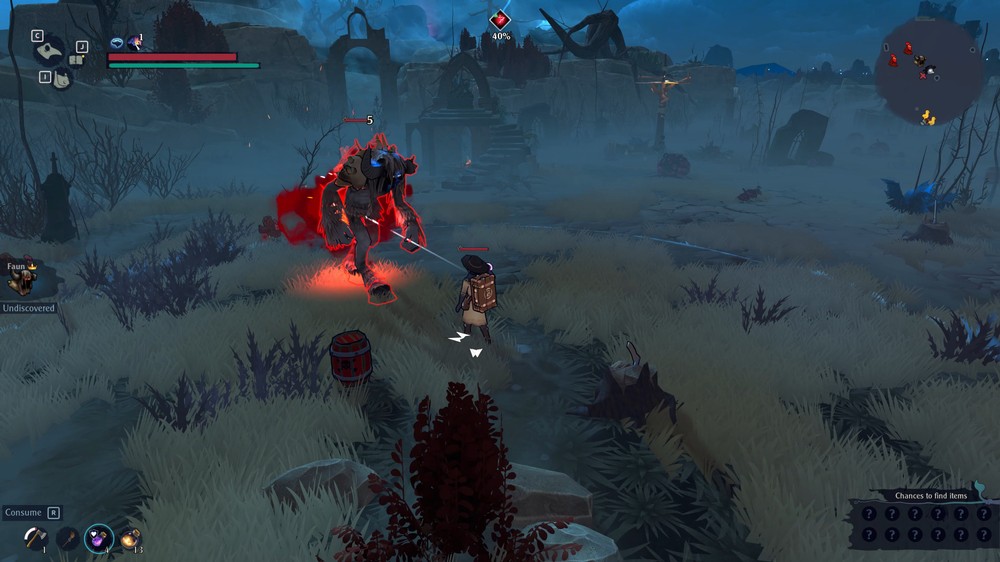 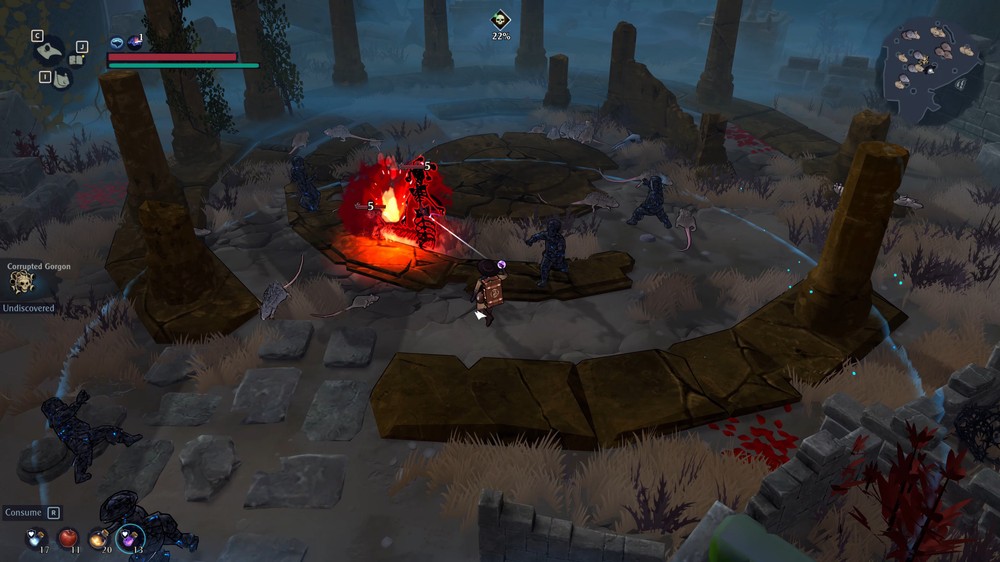 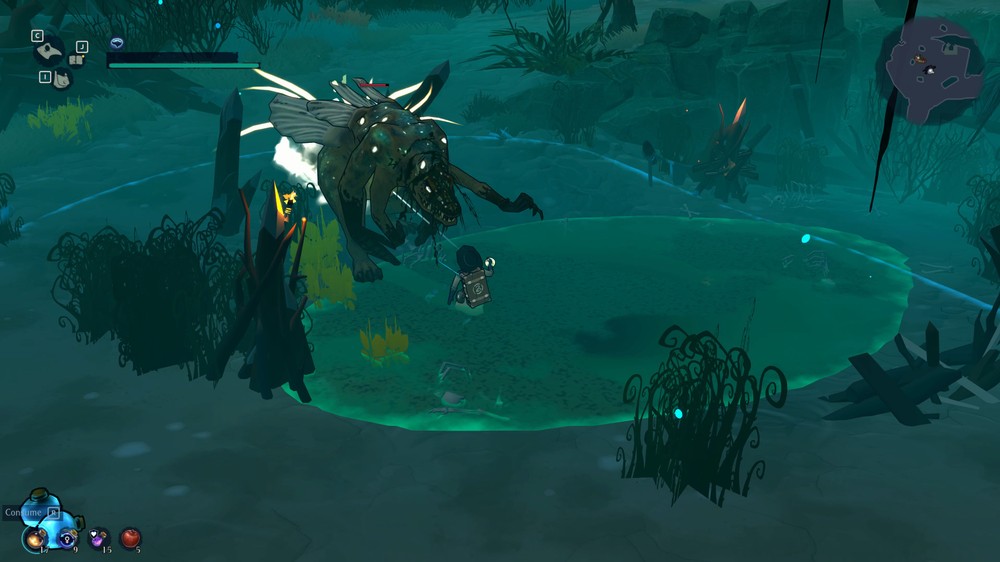