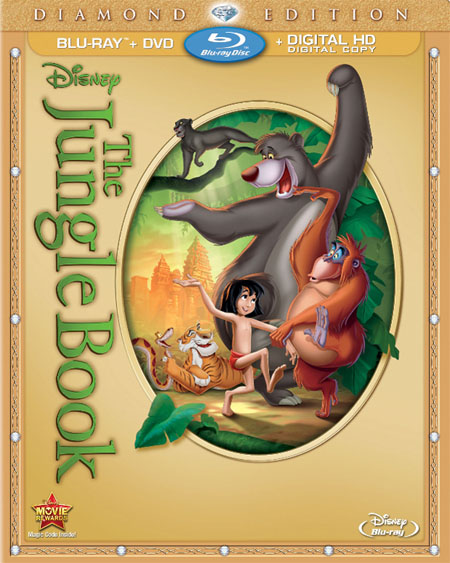 Disney continues to rummage through their bottomless vault of classics, this time digging up one of my personal favorites, the 1967 Jungle Book.   I was only three when this movie released but I distinctly remember seeing it in theaters when I was very young, plus I owned the 12” vinyl storybook LP as well as a VHS copy, a standard DVD, and now this gorgeous remastered  Diamond Edition on Blu-ray.  While a lot of Disney films targeted girls back in the day, The Jungle Book was clearly going after the “young boy” demographic.  No princesses or fairy godmothers here…just a boy lost in the jungle who manages to make some awesome new friends and sing and dance his way back home…with a few adventures along the way.

The plot is fairly simple.  Bagheera, the panther finds the young man-cub Mowgli in the jungle and has him raised by a pack of wolves.  Jump ahead ten years or so and we find Mowgli has grown into a spry young boy, but there are rumors that Shere Khan, the tiger who hates all humans, is back in the area and will kill Mowgli if he can find him.  Bagheera needs to get Mowgli back to his own village, but distractions like the Baloo the bear, Kaa the ssssssssnake, and King Louis of the apes, all manage to insert themselves into Mowgli’s voyage home, providing lots of musical song and dance interludes that will charm and delight audiences of all ages. 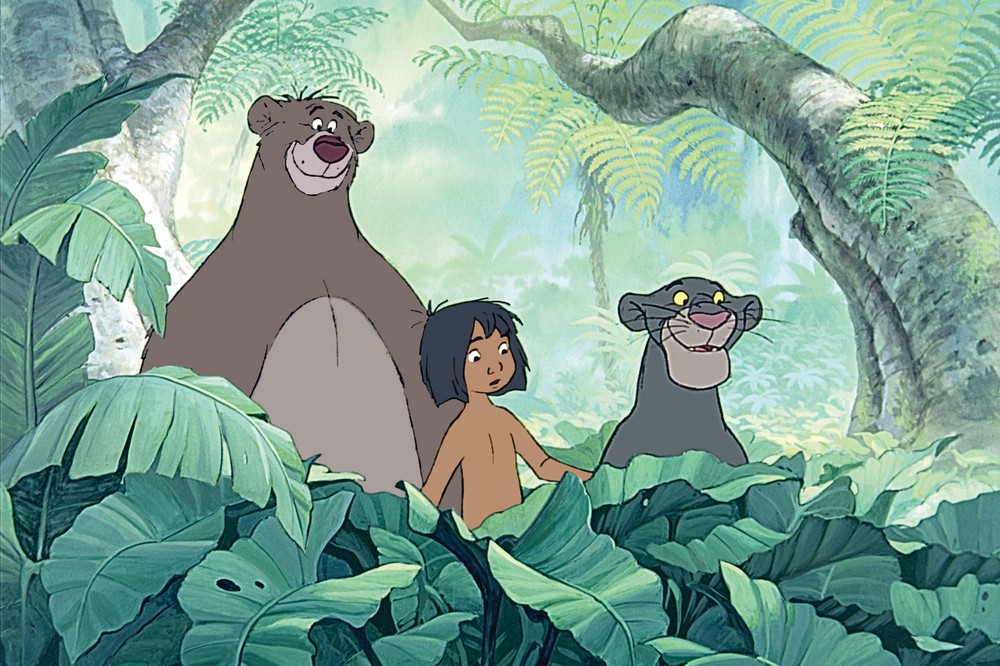 There are a few scary moments but nothing that kids old enough to understand the movie can’t handle.  Each of the characters has their own unique personality and perspective on life, and they all contribute into rounding out the character of Mowgli, teaching him valuable life lessons.  The songs are perhaps some of the most memorable of all Disney classics including Bare Necessities, which was nominated for an Oscar.

This remastered Diamond Edition is just amazing, although you do have to keep in mind these earlier works have more of a washed out watercolor look about them and are not as rich or vibrant in color as the more modern CG films.  I actually found the primitive nature of the art allowed me to appreciate the hand drawn animation that is loaded with subtle detail only possible by human artists putting pen to paper.  This remastered version is spotless with nary a speck, fleck, or sparkle.   The new 7.1 DTS-HD master track brings these songs (and everything else) to life in a way not possible in 1967, but for those who want to hear just how far we’ve come in sound design the original mono track is provided as well as a 5.1 Dolby Digital mix in Spanish, French, and Portuguese. 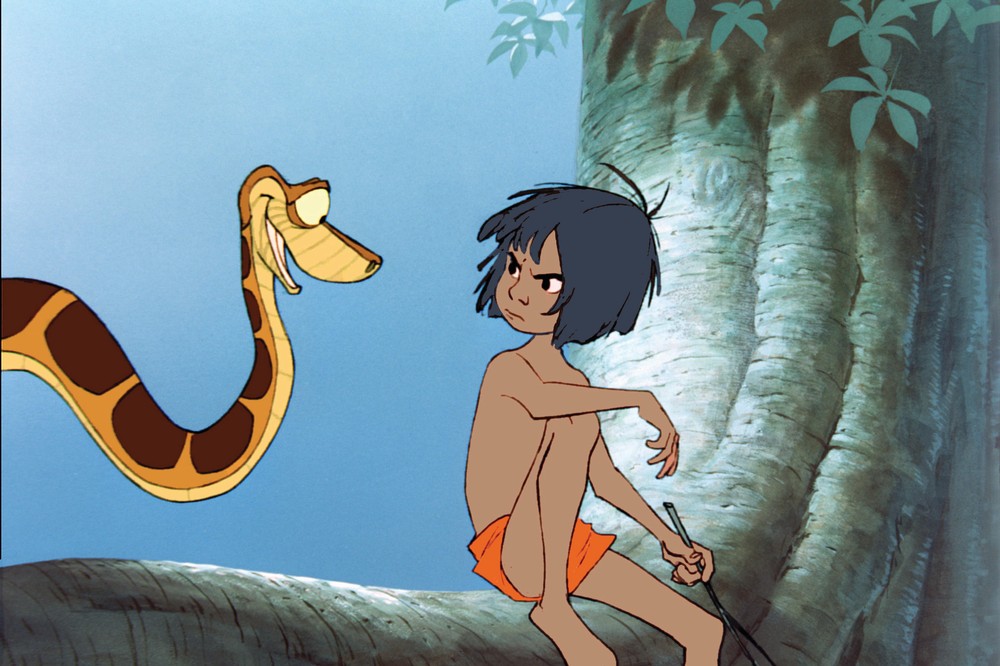 As far as bonus content you get everything previously available on the classic DVD as well as a few new items; more than two hours in all including a special introduction by Diane Disney Miller and Richard Sherman, @DisneyAnimation: Sparking Creativity that goes behind the scenes with several Disney animators, Bear-E-Oke that lets you sing-along with the five main songs in the film, a ten-minute conversation about Music, Memories, and Mowgli, and a new recently discovered Alternate Ending.  This set also comes with a standard DVD copy and a digital copy that looks fantastic on my iPad.

I can’t believe the rush of memories this movie brought back.  The Jungle Book is a truly timeless adventure for boys and girls of all ages and their parents as well, since they likely saw this movie when they were kids.  Loaded with exciting adventure, engaging characters, and some of the best singing and dancing from any of the earlier Disney movies, The Jungle Book – Diamond Edition is a definite must-own addition to your Blu-ray library. 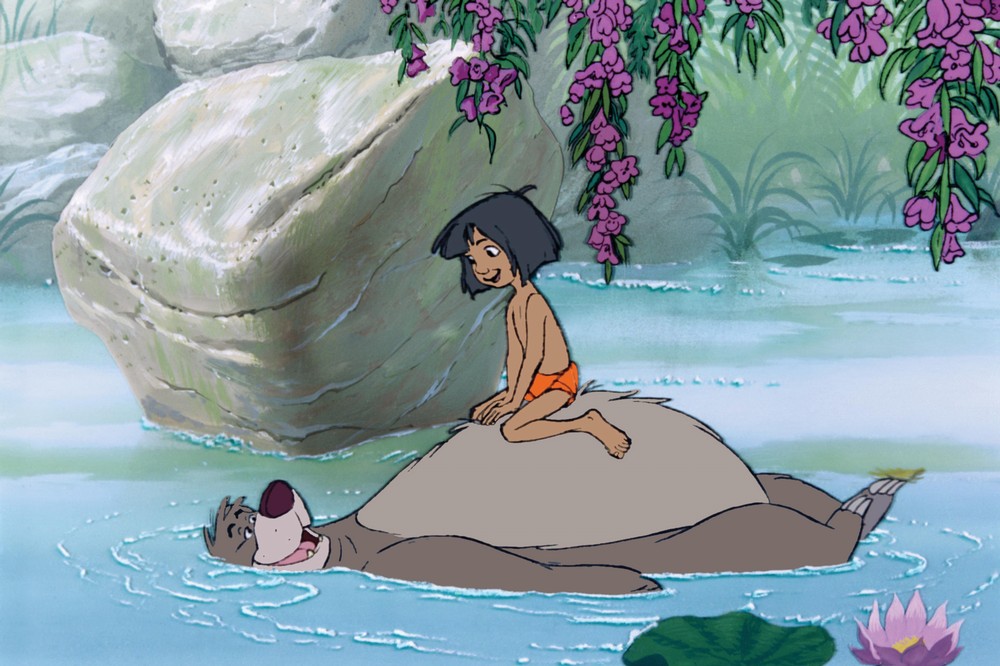 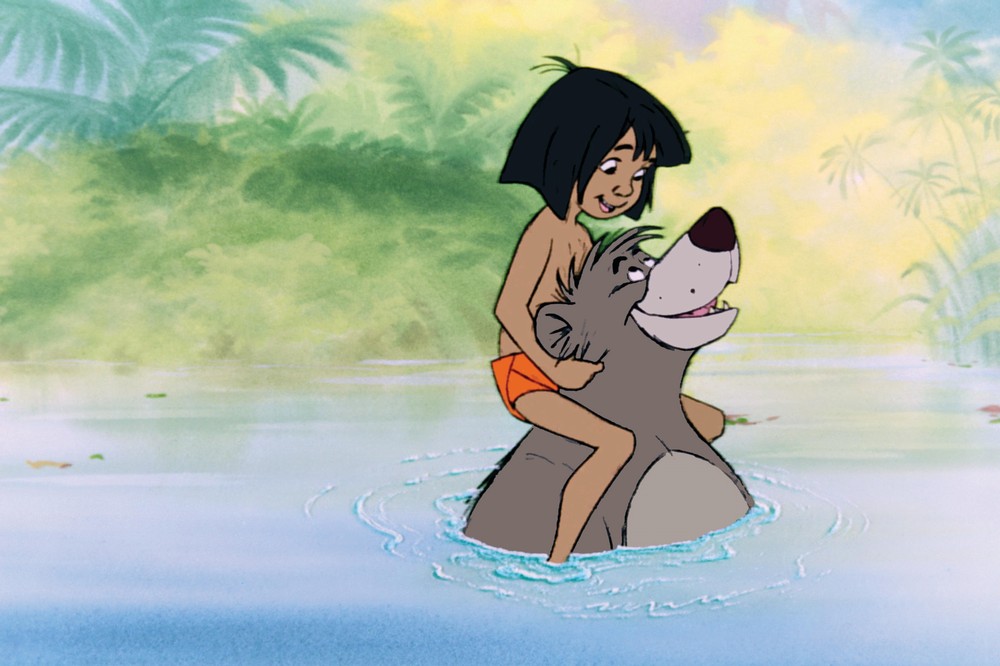 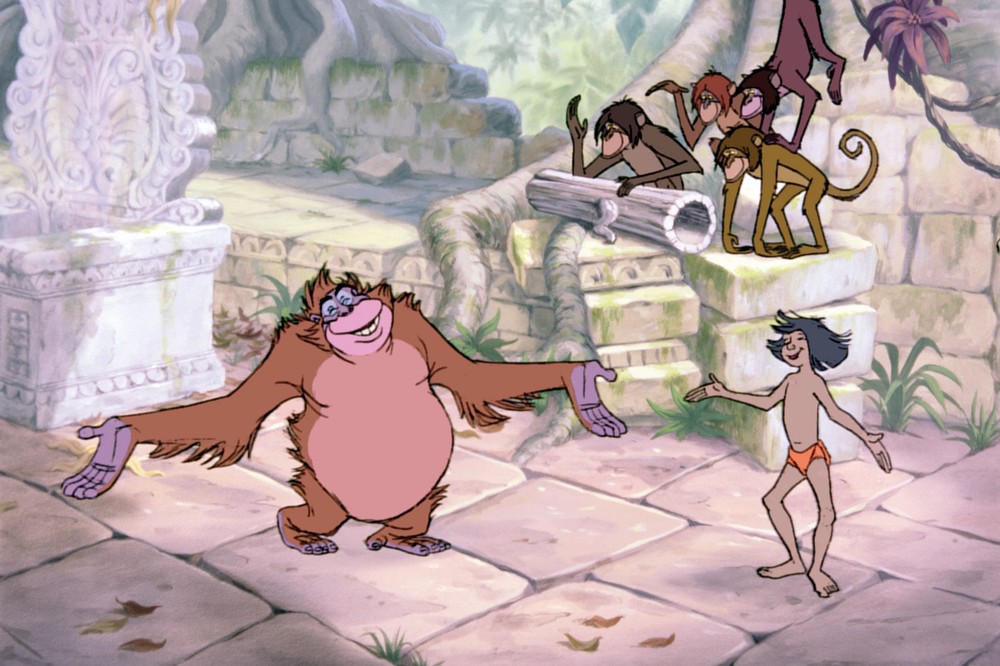 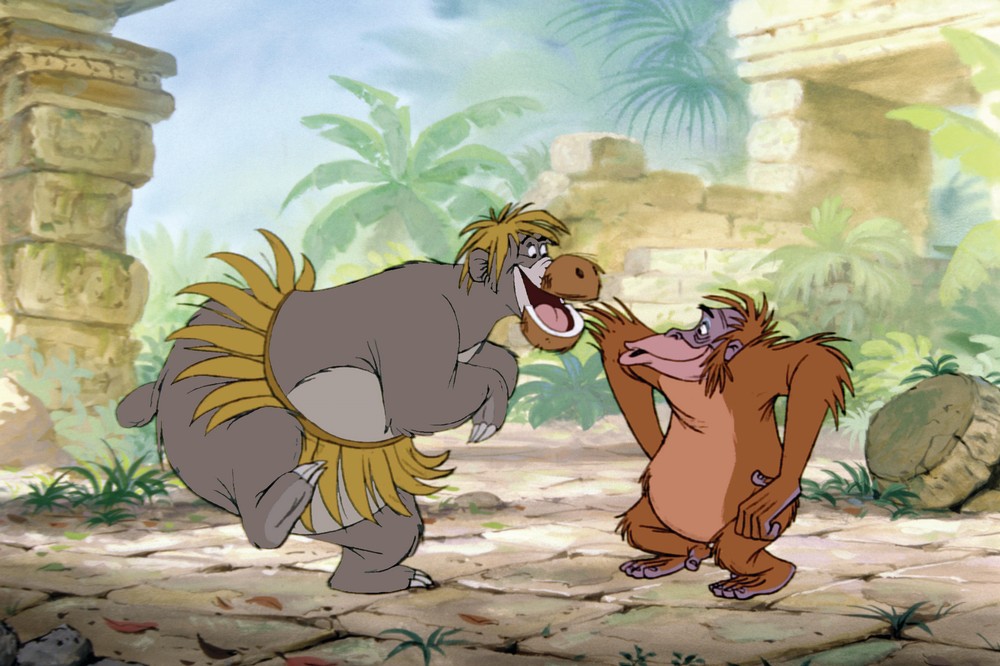 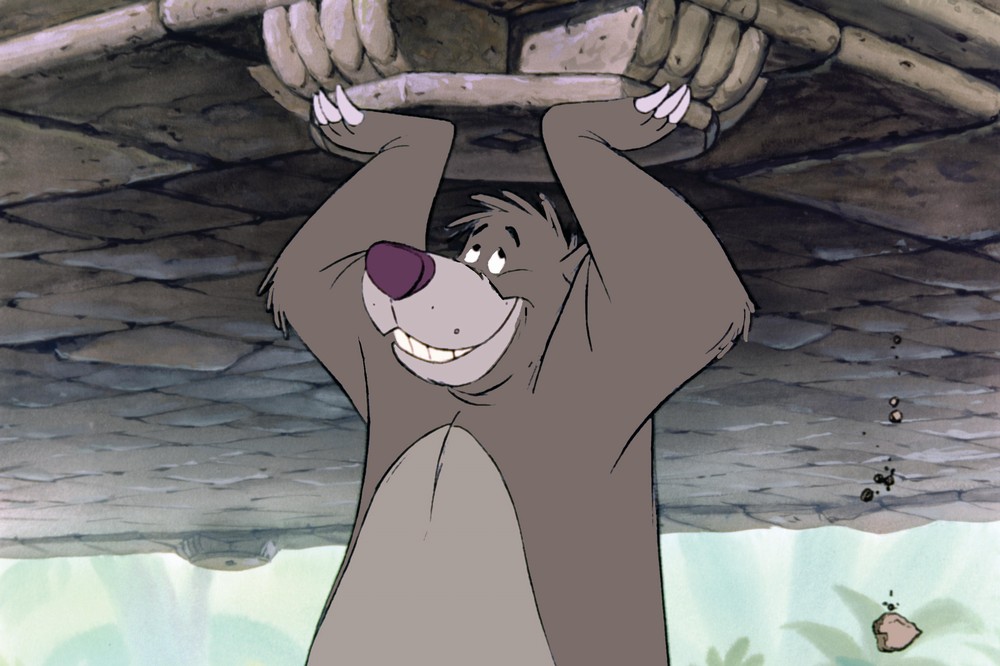 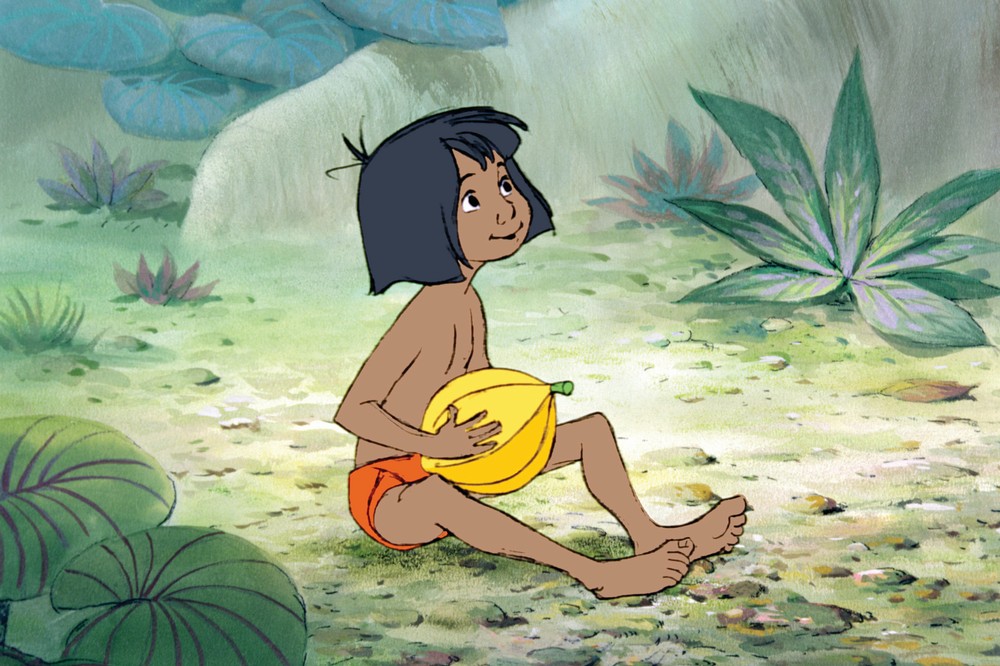