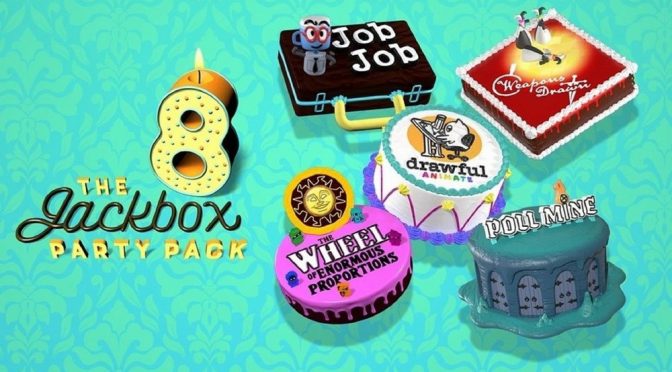 Jackbox Games has launched The Jackbox Party Pack 8. This newest fun-filled pack in the hit irreverent party game series is available today on PlayStation®5, Xbox Series X|S, PlayStation®4, Xbox One, Nintendo Switch, and PC/Mac/Linux via Steam and the Epic Games Store for $29.99, but Steam users can grab the title at launch for 10% off for a limited time!

Games in The Jackbox Party Pack series support phones, tablets, and computers as controllers. Just go to Jackbox.tv on your device and enter the room code to play. Up to 10,000 additional audience members can join specific games to affect their final outcome.

The Jackbox Party Pack 8 will launch on Amazon Fire TV, Apple TV and iPad, and Android TV later this fall. For more information, visit www.jackboxgames.com, and follow along on Twitter, Facebook, Instagram and TikTok.