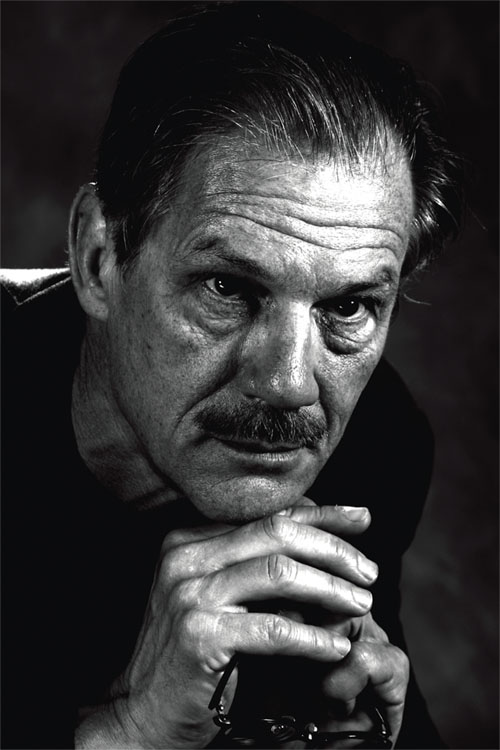 Paul Boor, M.D., is a scientist and professor at Galveston’s medical school, the oldest west of the Mississippi. His first novel, BLOOD NOTES, was a modern biomedical thriller. In THE ICE MERCHANT, Dr. Boor explores the history of the body trade, while plumbing the depths of the human frailties of those devoted to scientific discovery.  You can read our review for The Ice Merchant and check out our interview with the author below:

Q: When reading stories that place themselves within an historical context, I am always curious how much of the story is true and how much is fiction. I did some research on the ice trade of the 1800’s as well as the black market cadaver trade of the same period and found that there is a lot of truth to these events, but I was unable to find any specific account of the two things coinciding, though it makes perfect sense when presented in the book. Seeing as how you are a professor at the very same medical college in Galveston, TX as is featured in the book, I feel you probably had a unique historical perspective of events that transpired there. So, how much is true? Was there someone like Nicholas Van Horne who traded both in ice and, secretly, in bodies to the college during that time period? Without spoiling too much, how close to failure did the college come to during that time? How influential was the college in Galveston in discovering a vaccine for Yellow Fever?

A: All of the history is essentially as accurate as I could make it. The ice trade, the body trade, and the struggle of medical colleges opening as small endeavors populated largely by European-trained physicians and scientists — all pretty accurate. Did anyone ever ship bodies on ice? That was my invention, though ice was used to preserve bodies and I read where one US president (was it Lincoln or Grant) was iced (in between stops and showings) on the train that carried his body across the country. The names of the characters were in fact also Galvestonians, though I took great liberties in how i portrayed them, often combining well known historical Island figures under one name. Galveston was at the forefront of infectious disease (and still is — read about the Galveston National Lab; also THE BLOOD NOTES OF PETER MALLOW) and in fact mosquito research was active here, but more in the time period 1900-1920 (and in the present). I think all medical schools came near to failure, and many examples of town/gown issues, and actual attacks on schools exist. I give a talk to a medical student group interested in medical history on this very topic. Vaccines for yellow fever were not developed until much later, but the use of anti-serum from patient/animals and attempts at therapy (as by Rene Keiller) were time appropriate in the story. In fact, the basic ideas of research, self experimentation (Nicholas), and the idea of hypothesis testing as the basic approach in science, were then as they are now — that is one point of my writing that I continuously try to show.

Q: How did you go about researching the historical portions of the story? Were you initially drawn by how the school obtained cadavers or by the ice trade? What was the catalyst that brought all these fascinating things together for you into the story of The Ice Merchant?

A: The two ideas collided in my mind. I had written a short story about a medical school attack; it was always one of my favorites and after I left BLOOD NOTES behind I turned historical. I grew up in upstate New York and still have the family cottage on White Lake two roads down from a street call “Ice House Road.” This lake was the site of the Utica Ice Co until the 1920s, so the memorabilia of ice harvesting etc. (and harsh winters) —- something I grew up with.

Q: One of my favorite things about the book was how specific you were in describing the medical techniques of the time, and how surprisingly barbaric the world of just over one hundred years ago was. What resources did you use to describe the instruments and techniques of the time in such detail?

A: Gosh, various old medical texts I have from the period. At one time I thought about an academic “reference list” for the novel, but opted to not. Actually, I read a lot of period GALVESTON DAILY NEWS via microfiche at our wonderful local library archives. the advertisements themselves, as well as the happenings of the day (for example, medical school news, lynchings, etc.) inspired much in THE ICE MERCHANT.

Q: At one point you mention that the main character has a unique arterial aberration, but don’t go into much more detail about it. I feel like that was a reference that only medical students would understand. Could you explain what you were referring to for a layperson such as myself?

A: That was relative to Nicholas’ beat up veins from his IV drug addiction. Nothing specific except that Renée is so talented she was able to find a vein for injection… and such a thorough scientist that she would report it in the Scientific literature.

I thought this showed a lot about Nicolas’ wayward son, and how he’d changed.

Q: The simple fact that people had to get ice shipped to them from northern climes before such amenities as refrigerators, freezers, and climate control was fascinating to me. It made me realize just how much we take things like this for granted. I think the corollary, medically, is just how much we take for granted that our doctors and researchers have access to cadavers in order to aid in furthering the study of medicine. What other things, in your opinion, do we take for granted in our modern-day lives?

A: Antibiotics (now quite controversial regarding overuse).

Q:  What’s next for you? More historical fictions, or something else entirely?

A: I am working on a story set in Galveston’s med school in 1900; the Great Storm plays a major role.