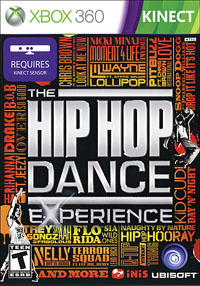 It’s only been two years since the Kinect’s release, but not surprisingly, dance games taking advantage of the sensor’s capabilities have been successful enough to warrant three Dance Central titles and four Just Dance games as of this writing. If you’ve played any of these games, you’ll find that The Hip Hop Dance Experience is basically the same deal with hip hop tracks and visuals.

The concept is simple and very similar to that of other Kinect dance games: one or two players stand in front of the Kinect and mimic the movements of their on-screen avatars (whose backs are to the players) or mirror another set of characters demonstrating the front view of each move. The game’s movement recognition seems to be at least decent. I hit a few snags here and there that I can’t tell are issues with the game, the Kinect (which was fully calibrated but doesn’t always seem to read movements perfectly in other types of games, either), my lack of “mack skills,” or a combination of the above, but I was at least still able to score in the 70s, even with hiccups. Of the other Kinect dance games, I’ve only played the Dance Central franchise, and HHDE seems roughly comparable in terms of performance.

HHDE’s songs are rated from one to five flames, and they seem accurate in terms of the complexity of the dance moves. Each song also has three difficulty levels that are set independently by each player before the song starts. At higher difficulty levels the game also adds additional dance moves that smoothly ramp up the challenge in a way that feels natural, much like other Kinect dance games. 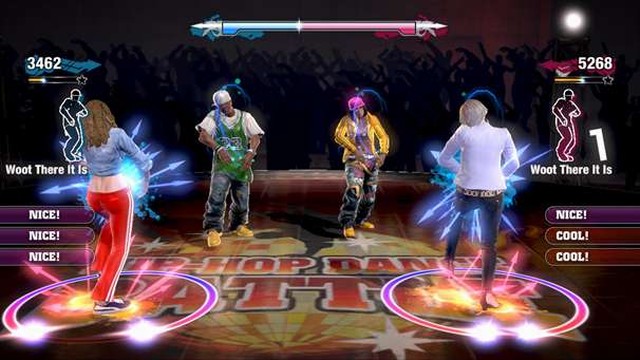 Conveniently, the game lets you know which of your body parts aren’t in line with the choreography, at least according to the Kinect. There’s also a Power Skooling mode that lets you practice the moves one at a time, at both the normal speed and a slower learning speed, which you can switch between at will. I found this to be particularly helpful, and potentially, you might be able to pick up some real hip-hop dance moves you can use outside of your living room.

The 40 music tracks come from a variety of artists, like Chris Brown, Flo Rida, and Rihanna, and are choreographed with what the game touts as “real dance moves developed by top celebrity choreographers.” I’m no hip-hop dancer myself, but at least to my eye, the animations look fluid and motion-captured from professional dancers. The avatars are also attractively rendered and, of course, match the hip-hop theme and have customizable appearances and outfits that are saved by individual Xbox profile. Overall, the flashy and colorful visuals match really well with the flavor and genre of the game.

The only part of the game that I wish had been designed better is the menu interface. Though the menus are easy enough to read, I found it inconvenient that I could not swipe the screen to scroll. Instead, HHDE scrolls when the Kinect senses your hand close to the edge of the screen, and it’s a bit oversensitive, which made selecting songs, avatar accessories, and other items somewhat frustrating at times. Otherwise, the Kinect verbal and motion commands seem to work just fine. 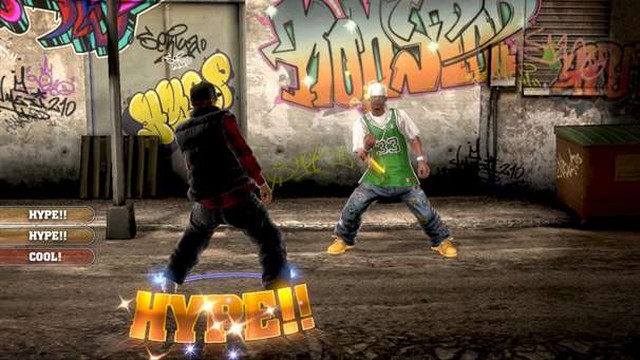 In all, The Hip Hop Dance Experience is an enjoyable game, a fun workout, and, perhaps especially because it centers on the hip hop genre, makes for a great party game. I had this going during a party recently, and it was a hit with the guests, who had some good-natured laughs at each others’ booty-shaking while burning off the birthday cake.

At a suggested retail price of $39.99, it’s priced the same as other Kinect dance games and is just as entertaining. For fans of music and dance games, it’s likely to be a welcome addition to the library. As for you parents out there: the songs appear to be the non-explicit versions, from what I’ve seen, but they’re still hip hop songs with some mature themes, and the game is rated Teen for the lyrics, partial nudity, suggestive themes, and use of alcohol and tobacco.

So, what do you all think? How does The Hip Hop Dance Experience compare other Kinect dance games for you? 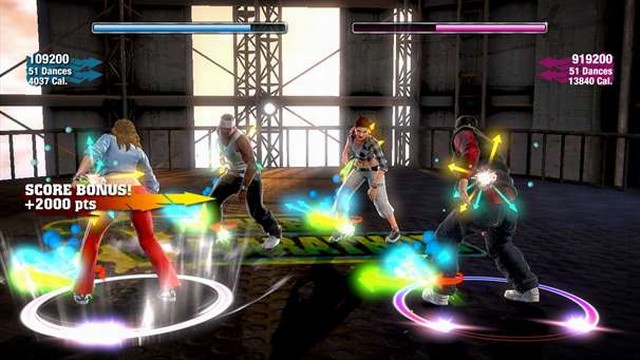 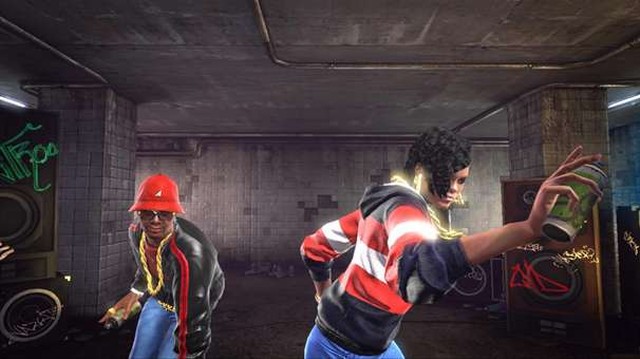 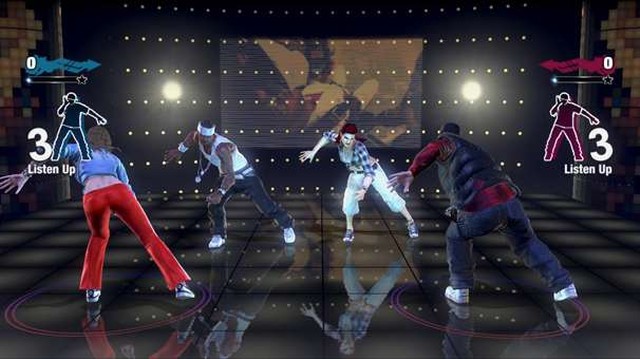 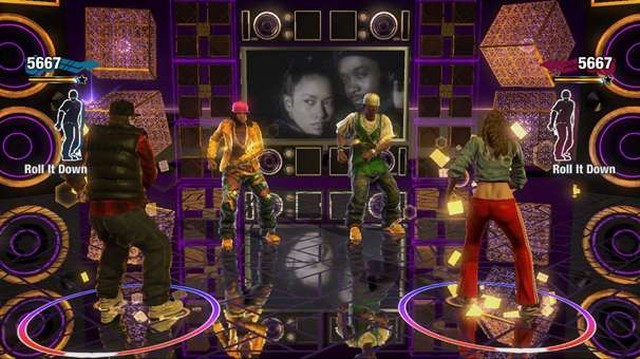 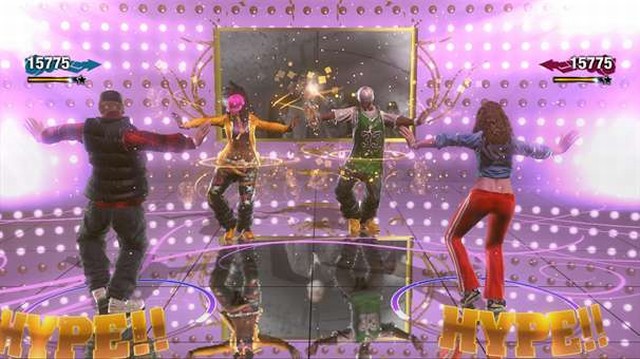 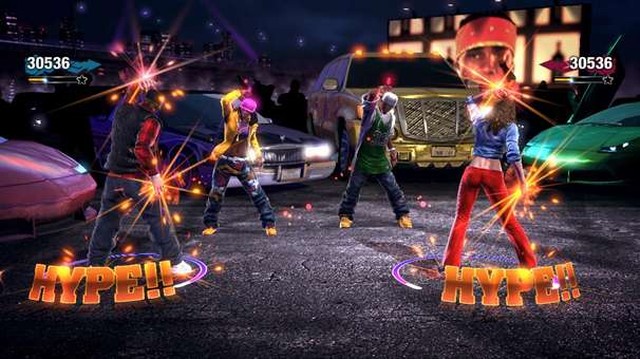 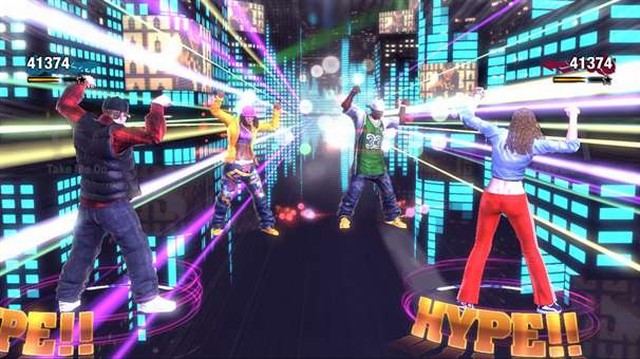 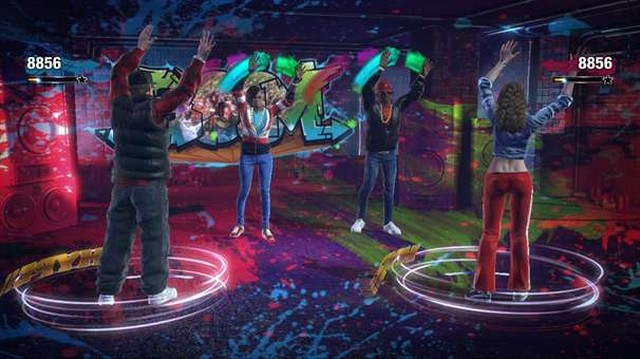