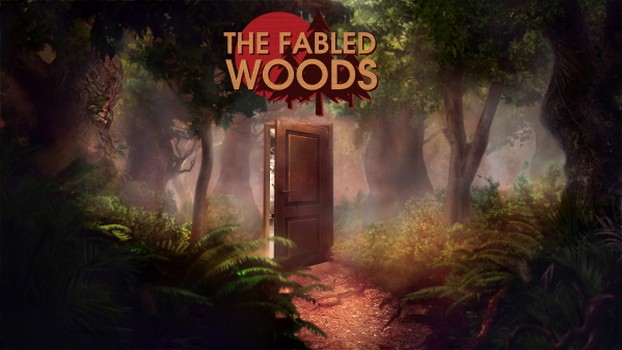 I’m a sucker for next-gen graphics.  I spent nearly two months trying to procure an RTX3080 card, and now that I have one I pretty much jump on any game that supports it including The Fabled Woods, a new walking-adventure that turns out to be more of a tech demo than an actual game.  Making the most of  NVIDIA’s latest tech, The Fabled Woods supports ray-traced foliage, shadows and reflections, as well as RTX Global Illumination with full DLSS enabling smooth 60fps 4K gameplay.  I can confirm all this to be true, as I had the game cranked to highest settings and it was smooth as butter and one of the most surreal and gorgeous games I’ve played this year.

It’s really hard to explain this game without spoilers, but I’ll do my best.  You start the game at the beginning of a trail leading into an almost fairytale-like woods, alive with color and textures, gorgeous lighting, god rays streaming through the trees, rivers and lakes reflecting like mirrors, and this unique fog filter that keeps everything just slightly out of focus; like somebody breathed on the camera lens.  It gives the game a dreamlike quality that turns out to be fairly significant. 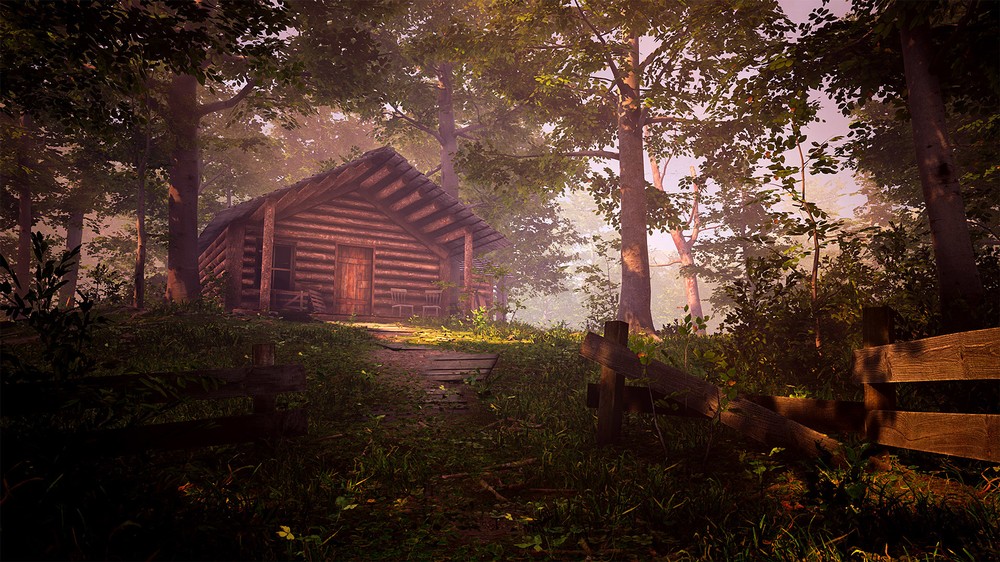 There is not a lot of actual gameplay in The Fabled Woods.  You walk around a lot and click on anything with a glowing outline.  90% of what you click on is superficial, despite being able to rotate and examine a wide assortment of objects, but then you will eventually come to an object that sparks some dialogue and advances the story.  Exploration periodically ends at a blocked path forcing you to use your “memory vision” to hunt for clues.  This usually transports you to a dreamlike world where you must navigate a narrow path over a bottomless void while listening to a lot of exposition.  Once you reach the end of that path you are back in the real world and whatever blockage is gone.

There are three short sections that make up the game, named after their narrators, Larry, Sara, and Todd.  Learning about these characters and how their stories all interconnect is the primary objective.  Aside from examining dozens if not hundreds of objects you will occasion need to use items; mostly keys in doors.  That is the extent of anything resembling puzzle-solving.  It’s very much like Gone Home, only not as long and sadly lacking a strong narrative, at least until the big reveal near the final chapter where everything starts to fall into place.  The game is fairly linear with no exploration off the main trail and blocked advancement until key story elements are revealed. 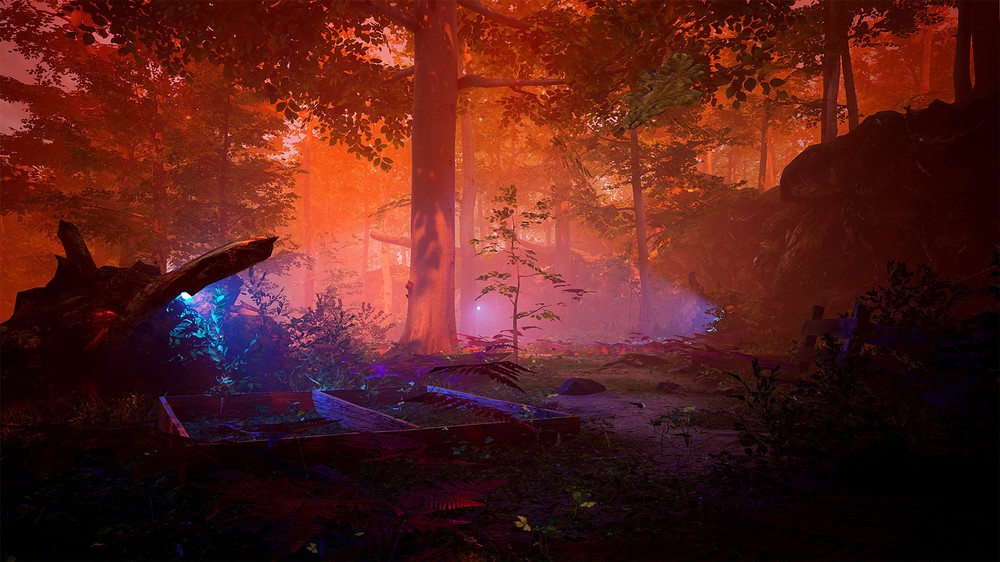 The Fabled Woods suffers from several issues, all of which seem to be getting address almost in real-time by the developer who has a strong and positive presence in the Steam forums.  These issues range from technical glitches to some poor game design decisions, including no onboarding sequence to let you know what you are supposed to do beyond simple button prompts.  Once you understand how the game works it gets easier in later sections, but it was a rough start for me and many other gamers who struggled to get past the first campsite.  I did have one game-breaking issue about 60 seconds from the end of the game where some sort of force field was preventing me from entering a door.  With no other way to continue I simply walked into the void in hopes the game would reset me.  No such luck.  I had to manually restart from checkpoint in the menu and play over 10-12 minutes of the game, listening to all the same narration required to trigger the sequence of doors to end the game.  If you want the achievement for both endings (yes, there are two) you will also need to replay from that same checkpoint.

Despite these issues I did enjoy my trip through The Fabled Woods.  There is a pretty awesome story of forgiveness and redemption being told to you with excellent voice acting from all the narrators.  Sara did seem to freak out a bit too much about her messy office, but it was all good.  The music and sound effects are awesome and really helped set the mood, especially in the dream world.  The outdoor graphics are breathtaking and nearly photorealistic in some situations while the interior locations are simply okay.  There is heavy recycling of textures – every campfire has the same pack of smokes and two lighters lying in the ashes, all of the computer screens have the Windows BSOD, and every desk in Sara’s office has the same set of four clickable file folders, one of them with MY name on it.  Kudos to the fantastic RTX implementation that makes this indie adventure look like a major studio release. 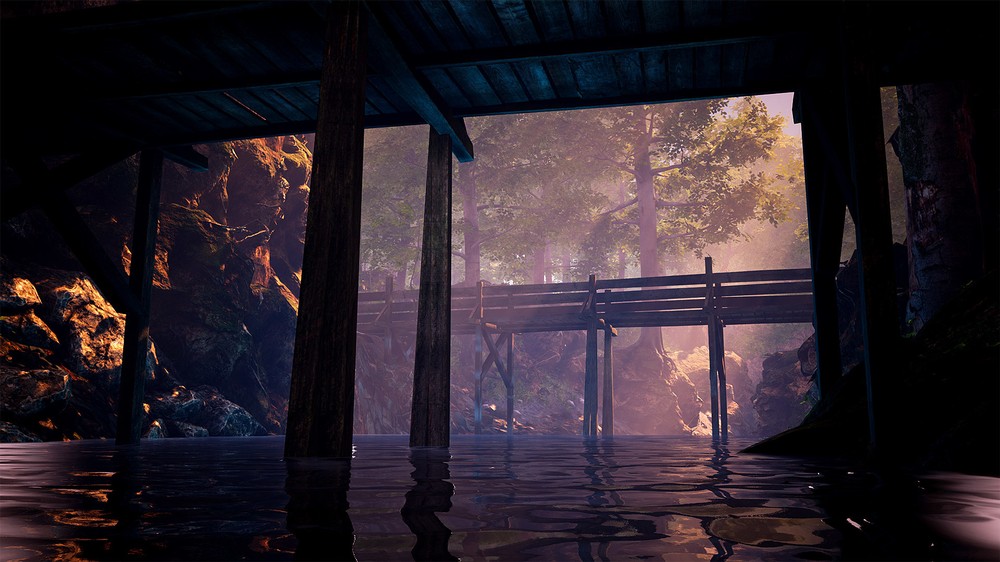 You can finish The Fabled Woods in about 90 minutes and spend another 10-15 picking up that alternate ending achievement.  Sadly, there just isn’t much of a game here beyond simply walking around and clicking discovery items.  Despite the engaging narrative, adventure gamers are likely to get bored with the lack of activity or frustrated by the awkward opening.  For non-RTX owners, this is a tough recommendation at $17, but worth checking out if it ever drops below $10.  For those with high-end video cards, definitely toss CyberPunch Studios some cash so they can keep polishing this gem and hopefully work on something more substantial and equally as beautiful down the road.