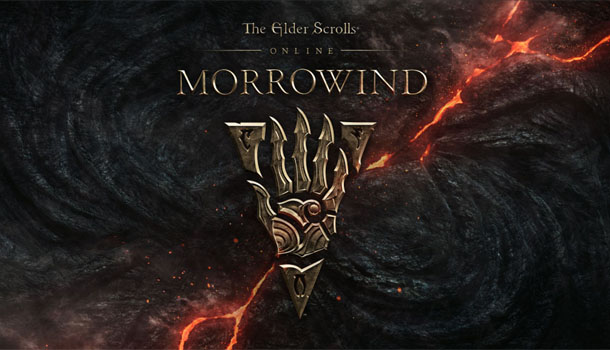 Stop. Take a moment to steady your gaze upon the wooden boards that stretch before you. Taking your first steps off the boat in Seyda Neen you gaze upward at the clock tower in front of you. Sound familiar? For many of the loyal Elder Scrolls fans around the world it should. For those new to the world of Elder Scrolls and more importantly the newly released The Elder Scrolls Online: Morrowind for PC they are but your first moments into one of the most memorable worlds in Elder Scrolls history.

From the moment I started up a new character set on trying out the included new Warden Class, I found myself suddenly feeling like I was meeting up with a friend I hadn’t seen in years. For me it’s been a 15 year absence since I’ve departed from the shores of Vvardenfell and my return to its shores again in ESO’s newest chapter has kicked up more than a little nostalgia. Depending on which version of the Morrowind chapter you get there are a couple ways to embark into this new story and location. 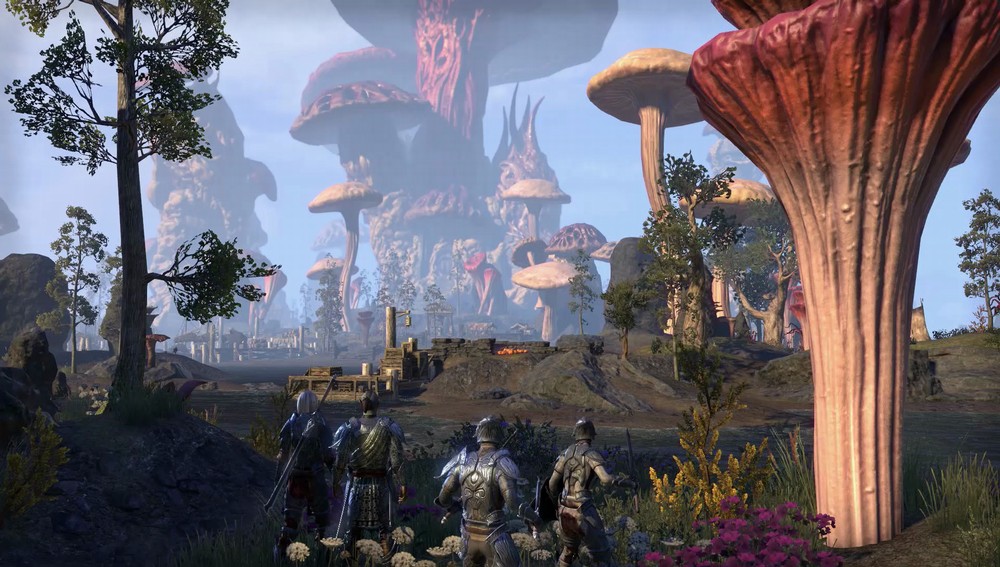 If you’re like me who already owns ESO then you can choose to embark to Vvardenfell via a Shrine to start exploring this new content with an existing character after purchasing either of the two currently available upgrade options. But if you’re just joining in on the Elder Scrolls Online experience for the first time you can pick up a physical or digital copy of The Elder Scrolls Online: Morrowind which includes the base game ESO: Tamriel Unlimited for around $60 dollars. For those of us who have already been playing ESO traveling to Vvardenfell seems like the obvious choice, however I found creating a new character like many newcomers is the more immersive option for a few reasons.

For starters, creating a new character gives players the opportunity to experience the newly created tutorial that fits right into Morrowind’s political and societal stances. The other reason is that you also miss out on meeting an important character very early on if you skip this tutorial. While ESO has been an enjoyable experience for me thus far there was just something special about Morrowind that drew me in more. At first I thought it was how closely ESO Morrowind resembled Bethesda’s original Elder Scrolls III world but after a while I found that it was more than that. 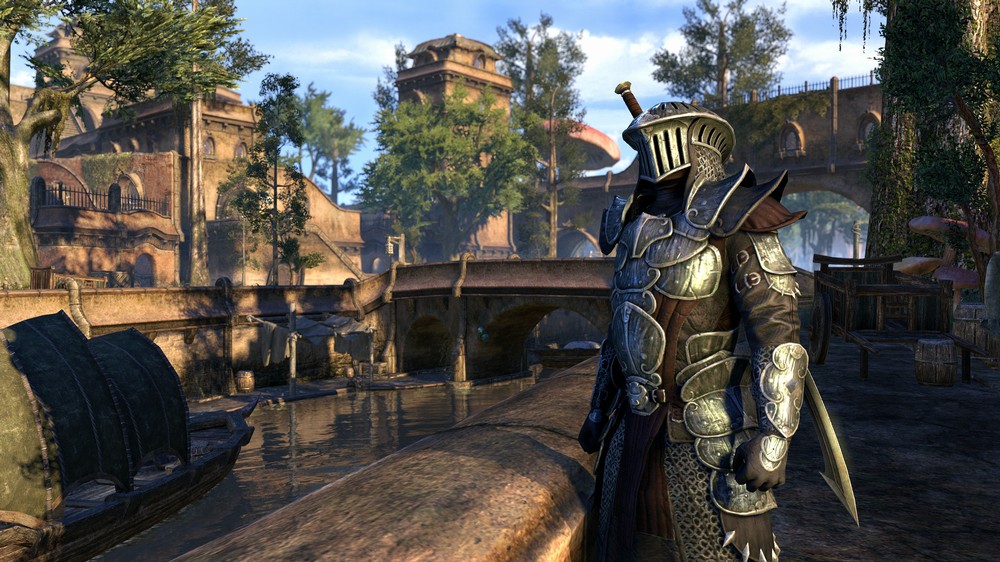 ESO Morrowind’s combat isn’t what drew me in either aside from the new class. The newly added Warden Class utilizes nature-based magic in one balanced package. Of course players are free to play this new class as they choose. Will you be a tank with Winter’s Embrace, a healer for groups with Green Balance or the damage dealer with Animal Companion. Honestly I found being well rounded using skills from all three skill lines to be the best option for survivability especially in mostly solo runs. It’s also quite adept in PvP including the newly added Battlegrounds that pits pairs up players in short fast paced 4v4v4 combat. These new smaller arenas feature three multiplayer favorites: classic Team Deathmatch and objective based Capture the Relic (Flag) and Domination (Capture and Defend).

Now I’m not one to really dive into PvP experiences but couldn’t help but see how these classic modes compared to the larger scale Cyrodiil experience. For the most part I found them enjoyable but there is some room for adjustment like limiting sprinting or changing the flags timers in CTR and Domination to make thing a bit more competitive especially since it not your classic Red vs Blue setup with the added 3rd team. 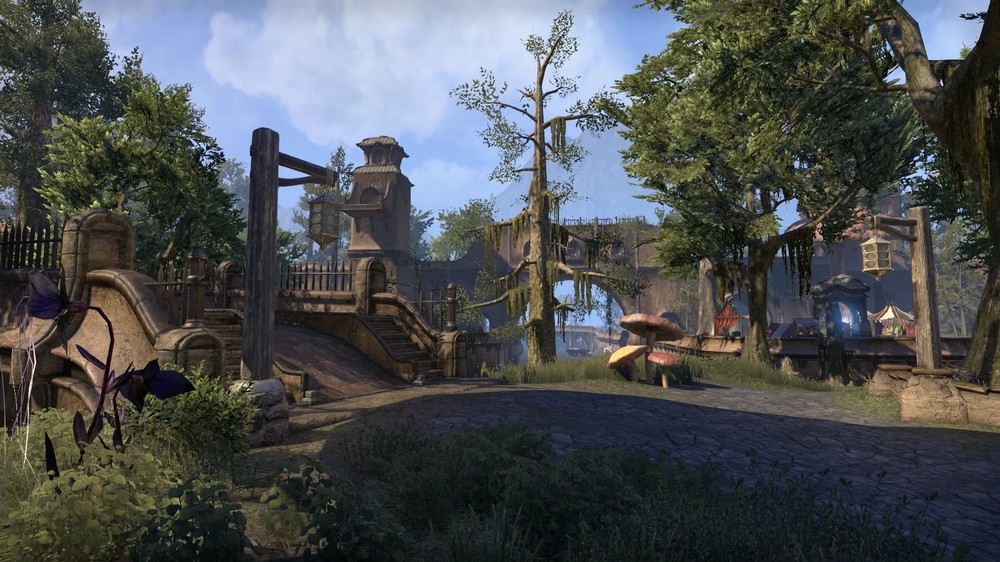 Across all of Vvardenfell, it is clear that there was an essence of a labor of love digitally sewn into its recreation. Many of its iconic locations exist in nearly the same locations that they do in the offline Morrowind experience. It’s one of the reasons that I also don’t like to call ESO: Morrowind an “expansion” because it’s really not. Sure the core game of Elder Scrolls Online incorporates bits and pieces of the Elder Scrolls world as a whole to set the foundations of each faction like Morrowind’s own Mournhold.

To recreate nearly all of Morrowind’s island visage is something else entirely. While the Vvardenfell featured here is smaller than its original counterpart it is a stunning recreation that is just as if not more alien in nature than the original with its mushroom towers and exotic wildlife. It’s not just the flora and fauna that impress either but seeing Vivec City as it is being built is spectacular. Yeah this look into Morrowind actually takes place 700 years before the events of The Elder Scrolls III so this story is entirely new with some common elements. It gives me hope for what ZeniMax and Bethesda have planned for ESO in the future. Oblivion…please!! 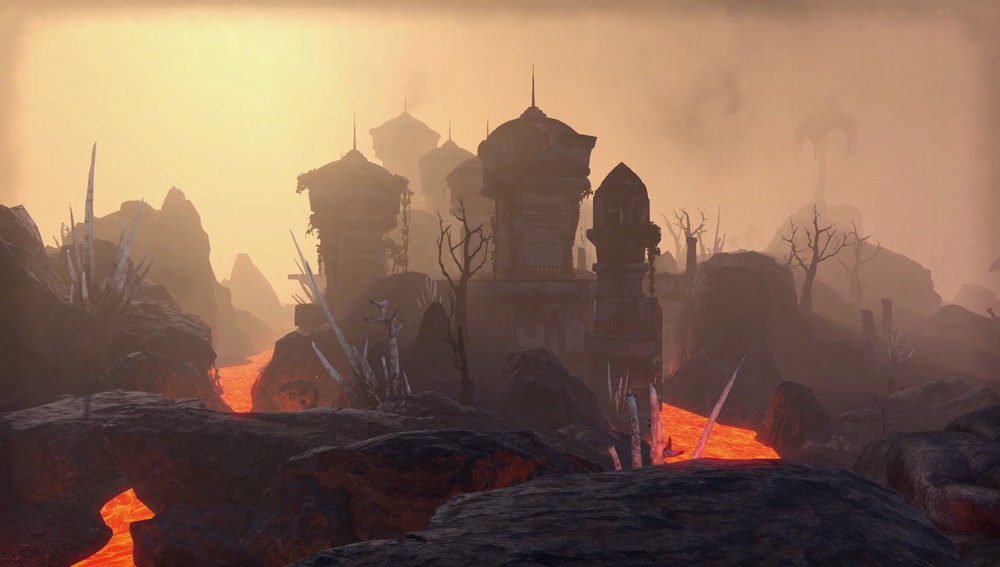 So in the 30 or so hours that it took me to get through Morrowind’s main content, minus more than a few diversions, what was it that really drew me in? Really it’s the one thing that all Elder Scrolls titles have done to entrance me…Storytelling. Yeah the secret to The Elder Scrolls Online: Morrowind’s hold on me is not found in its beauty or its combat but in its beautifully crafted story. From the very start where you aid a very formidable ally you are drawn into Morrowind’s culture, the good and the bad.

For new characters, being a recently liberated individual you can’t help but get invested in the lives of those that you encounter and ultimately wish to help. One quest early on captured my attention features a love torn noble and the apple of his eye that as I progressed and more was revealed that I felt tugs at my heart as I had to choose what I thought was best. This is the kind of material that you expect in a traditional Elder Scrolls release and not in an MMO. While many MMOs have created great premises they often wander into kill fest territory but here the story was the driving force. 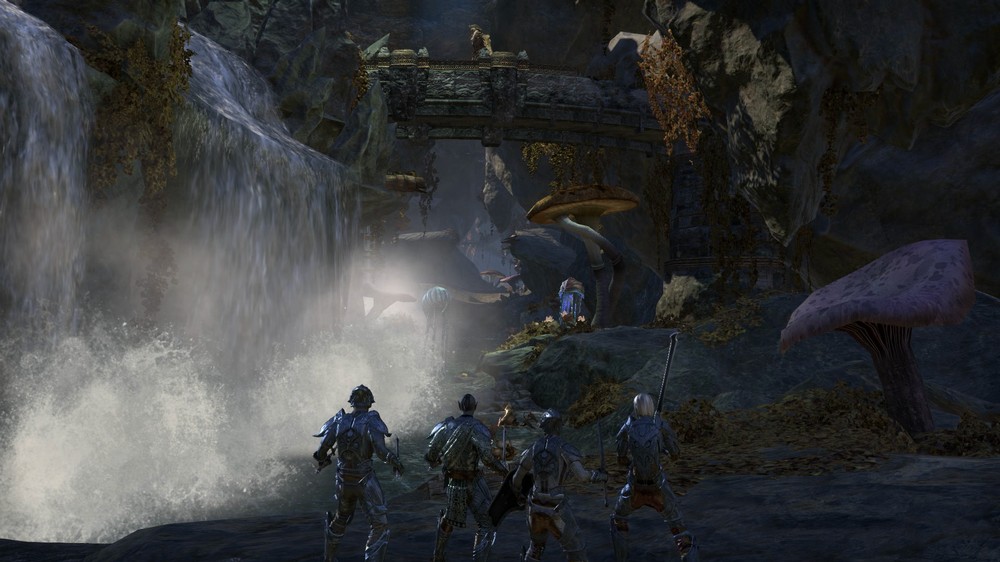