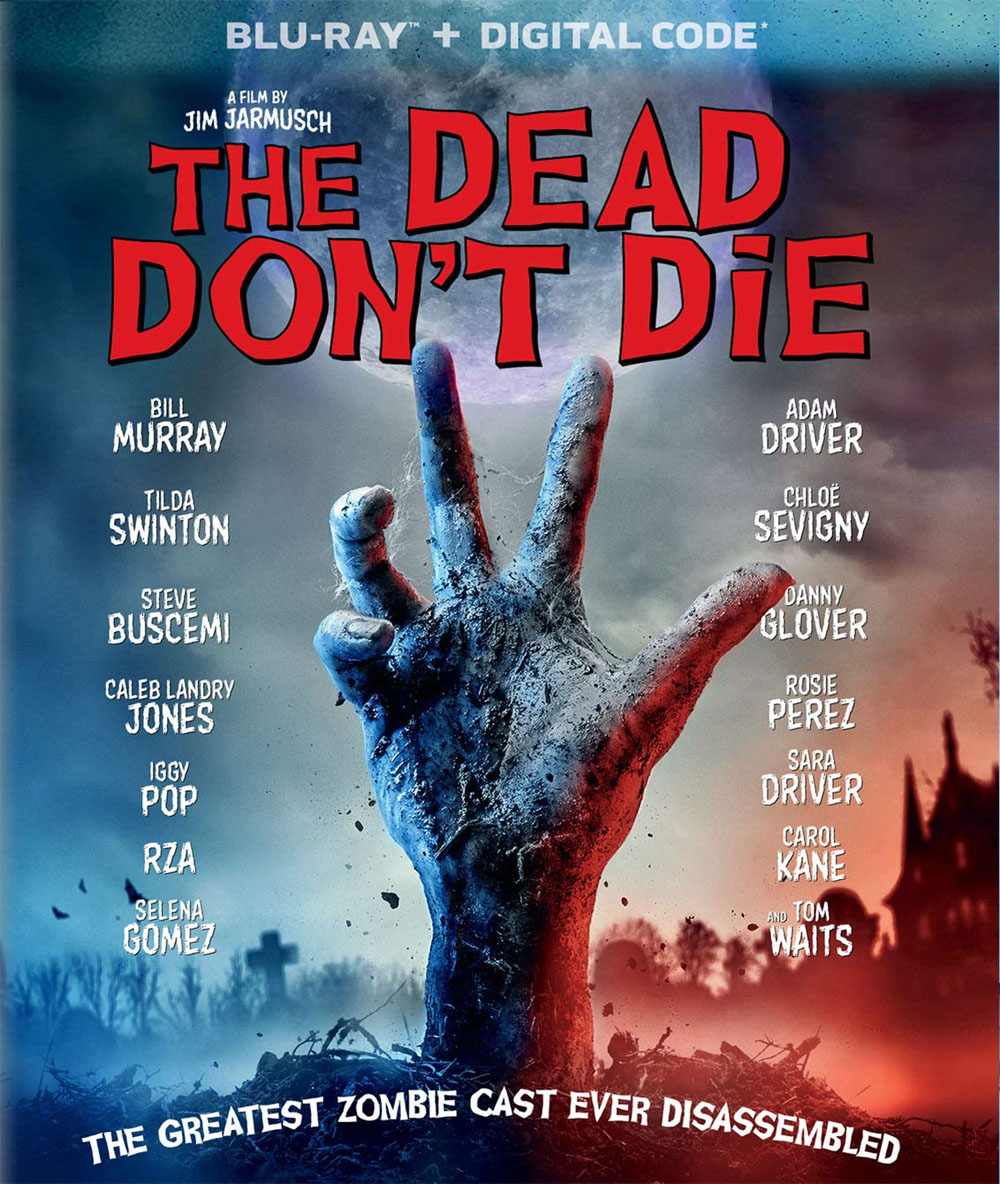 A quiet town finds itself under attack from the undead with the greatest zombie cast ever disassembled in the comedy, THE DEAD DON’T DIE, arriving on Digital on September 3, 2019 and on Blu-rayTM, DVD and On Demand on September 10, 2019 from Universal Pictures Home Entertainment. Showcasing exclusive bonus features not seen in theaters including insight from the cast and filmmakers, as well as a closer look at the making of the film that takes fans deeper into this “giddy apocalypse with no way out” (Richard Brody, The New Yorker). Starring Academy Award®† winner Bill Murray (Olive Kitteridge, Lost in Translation, Ghostbusters), Adam Driver (Star Wars Sequel Trilogy, BlacKkKlansman) and Chloë Sevigny (“The Act,” Boys Don’t Cry), THE DEAD DON’T DIE is a “hilariously fun” (Adam Patterson, Film Pulse) and irreverent film unlike any you’ve seen before.

In the sleepy small town of Centerville, something is not quite right. The moon hangs large and low in the sky, the hours of daylight are becoming unpredictable and animals are beginning to exhibit unusual behavior. No one foresees the strangest and most dangerous repercussion that will soon start plaguing the town: THE DEAD DON’T DIE – they rise from their graves and savagely attack and feast on the living – and the citizens must battle for their survival.

THE DEAD DON’T DIE will be available on Blu-rayTM, DVD, Digital, and Movies Anywhere.