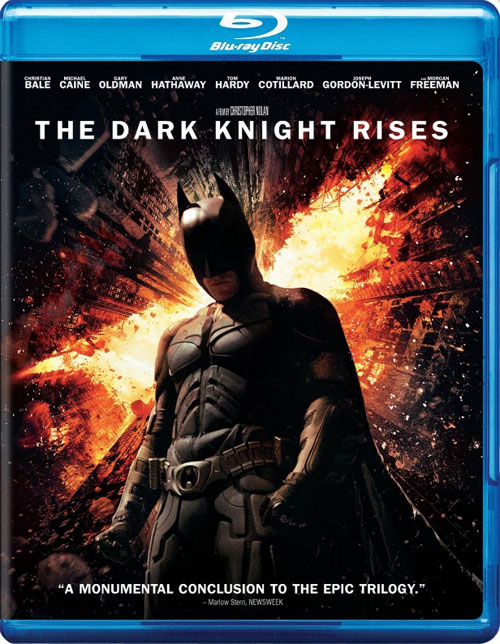 I have a love-hate relationship with Christopher Nolan’s Batman trilogy; I hate them in the theater and love them a few months later when I watch them at home. Don’t ask me why, although I do know I didn’t like The Dark Knight Rises in the theater mainly because I couldn’t understand what Bane was saying beneath his mask. I left the theater muttering that I would at least be able to turn on captions when I had the chance to revisit the film on Blu-ray but thankfully; somewhere between my local multiplex and my living room, the sound engineers worked some serious magic, and now Bane’s poetic tirades sound like a mix of Darth Vader and Sean Connery and are completely intelligible.

With that major obstacle removed, The Dark Knight Rises is a crowning achievement in this darker and more brooding adaptation of the Batman saga. While nothing will ever top the iconic Joker (Heath Ledger) from the second film, Bane is a formidable nemesis with roots that creatively link back to characters and events from the first film. Other prominent links like Harvey Dent’s fabricated legacy tie this sequel neatly to the previous installment, a legacy that has created a virtual crime-free Gotham where all the major criminals are locked away in a super-max facility and Batman is still a fugitive in hiding.

Bruce Wayne (Christian Bale) has become a recluse, a figment of speculation and rumors as Gotham’s finest gather at his very mansion to memorialize Harvey Dent. It will take the seductive cat burglar, Selina Kyle (Anne Hathaway), posing as a maid to rob Bruce of his mother’s pearls to bring him out of hiding. Along the way we have the delightful banter and chemistry between Bruce and Alfred (Michael Caine), as well has his main gadget guy, Lucius Fox (Morgan Freeman). But even before all the Wayne Manor drama we get to meet the main villain, Bane (Tom Hardy), as he performs a daring mid-air kidnapping of a nuclear scientist; the only man in the world who can turn Bruce’s clean energy source into a neutron bomb and setup the main plot of the film. 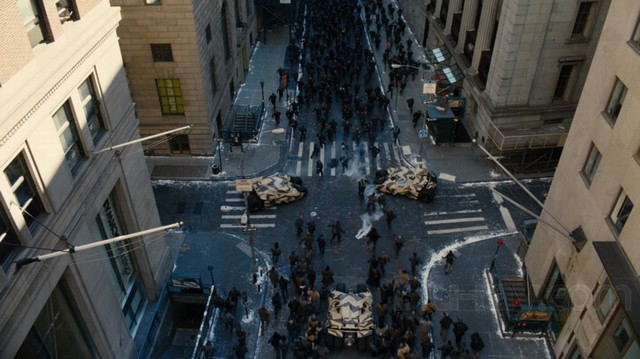 The Dark Knight Rises takes some daring risks. It not only removes Alfred from the story by the second act, it removes Bruce/Batman from the equation for nearly an hour, as we get to watch anarchy descend upon Gotham under Bane’s till-doomsday rule. This gives the third act a unique feel of desperation as we watch a rebellion slowly simmering beneath the tyranny only to come to a full boil when Bruce returns to Gotham to save the day. The story is delightfully complex with plenty of twists, at least for the first-time viewer, and many of the scenes are loaded with so much action this will be one Blu-ray you will be watching multiple times just to appreciate the details.

Videophiles will be delighted with the marvelous 1080p AVC transfer that brilliantly preserves and seamlessly transitions between the 2.40:1 letterbox and the 1.78:1 IMAX sequences. Contrast is sharp and perhaps even boosted to create a darker and grittier Gotham, but the black levels are solid and when color does make it into the picture, it is warm and lifelike. Textures are detailed and sharp and everything from set design to wardrobe to gadgets like the Bat-cycle and the Wing are meticulously crafted and become an integral part of the film. Even the city of Gotham becomes a prominent and evolving character in the overall story.

Ironically, my biggest complaint with the theatrical viewing is my greatest joy with the Blu-ray version; that being the outstanding audio presentation, and not just Bane’s powerful dialogue that seemed to emanate solely from my subwoofer and vibrate the bones in my body. The DTS-HD MA 5.1 mix is superb at complete 3D audio immersion with all channels firing in perfect harmony while perfectly balanced dialogue comes from the front and Hans Zimmer’s score permeates the room with its emotionally manipulative music. When my subwoofer wasn’t trembling beneath Bane’s formidable presence, it was working overtime for scenes like the opening mid-air hijacking and any of Batman’s cool motorized gadgets; especially when the Wing comes roaring out of that dark alley. I was as stunned as the cops. 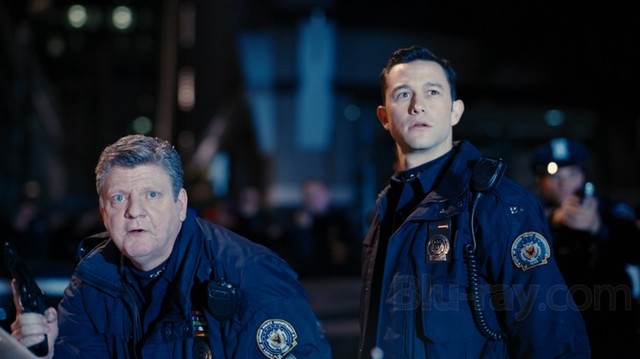 The Dark Knight Rises is loaded with bonus content starting with the Second Screen Experience that you can download to your favorite mobile device and sync to the film for all sorts of exclusive content that can be enjoyed while watching the film. The bulk of the content is on the second disc and includes a 68-minute Production feature that goes into great detail on many of the major scenes and stressing just how little CG Nolan used to create this film. Also on the disc are three Character featurettes totaling 28 minutes and going into greater detail on Bruce, Bane, and Selina. Reflections is a 15 minute piece that focuses on the cinematography, sets, locations, lighting, and IMAX specifics. And perhaps my favorite extra on the disc, a 58-minute documentary on the Batmobile, every version and variation from comics, TV, and all the films; not just Nolan’s military-style Tumbler. There are four theatrical trailers as well as a standard DVD copy and an UltraViolet digital copy, but sadly, no iTunes copy.

The Dark Knight Rises is a fantastic movie and the perfect way to simultaneous cap off the Batman trilogy and, unless I was completely mislead by hints and the events at the end of the film, usher in a new hero for a new age. I may just have to give up the theater entirely, as the Blu-ray presentation of The Dark Knight Rises is a far superior and much more enjoyable experience that my initial viewing. With gorgeous visuals and one of the best sound mixes of 2012 this is one movie that deserves a place of distinction in your Blu-ray collection. 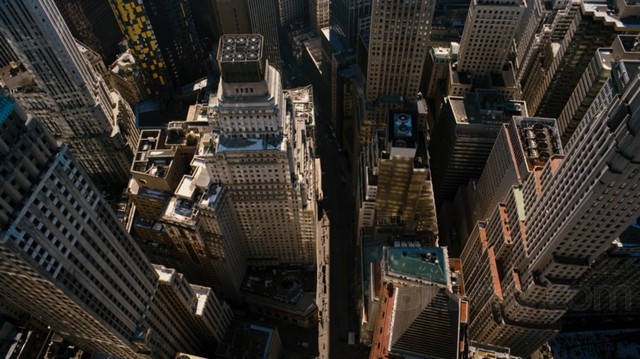 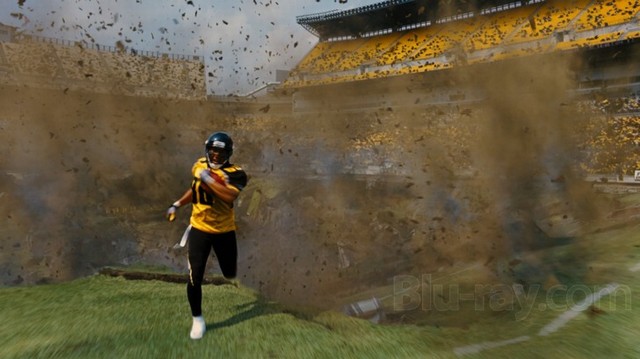 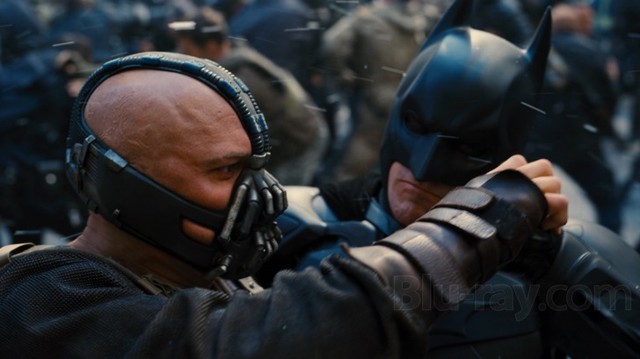 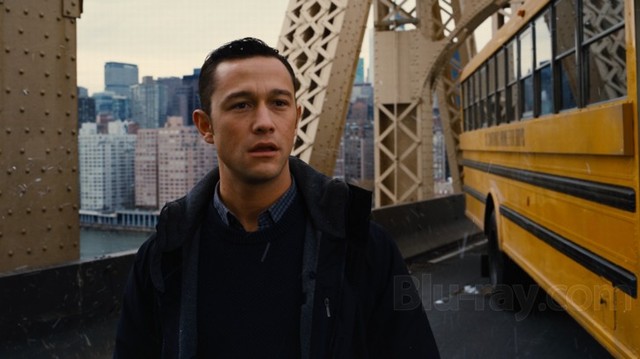 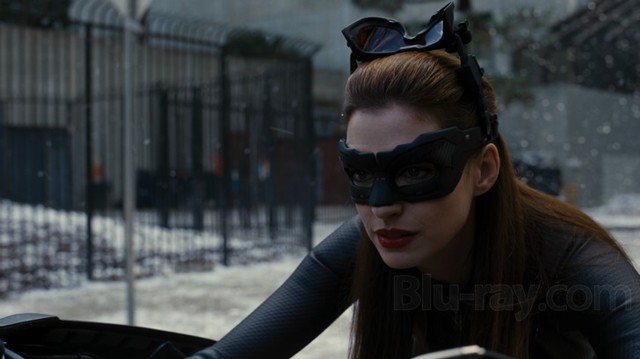 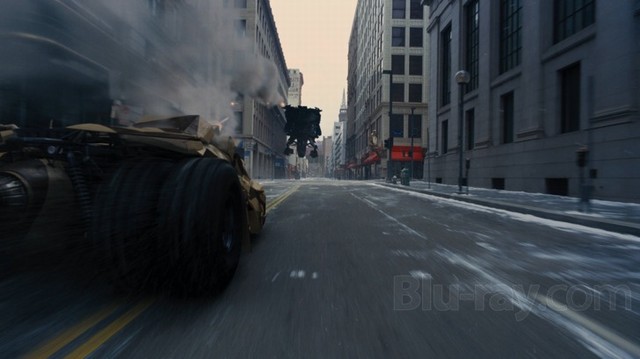 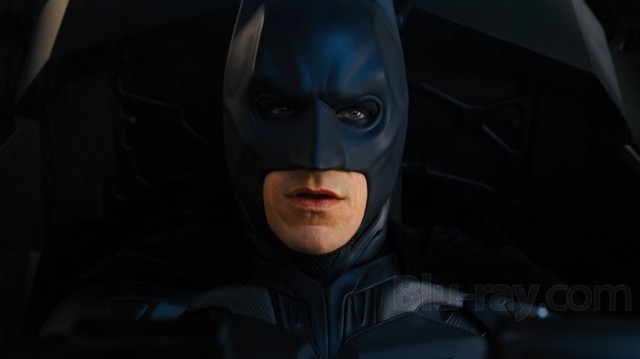 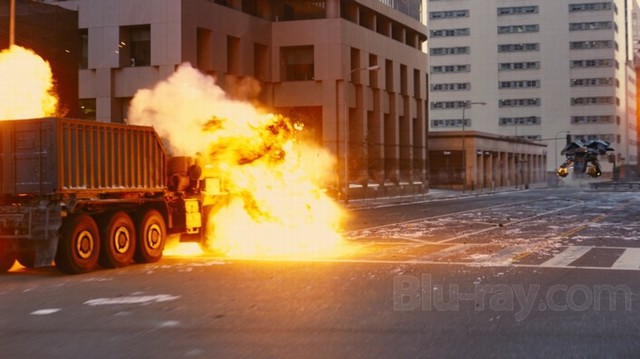 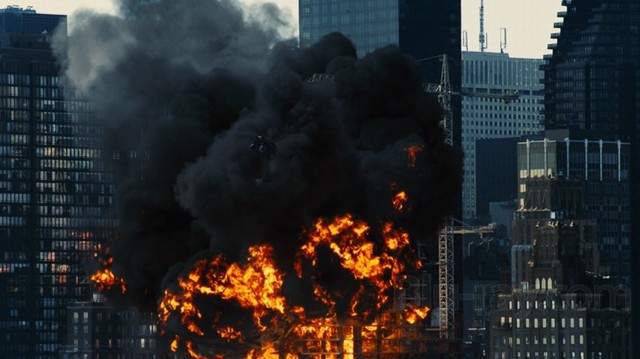 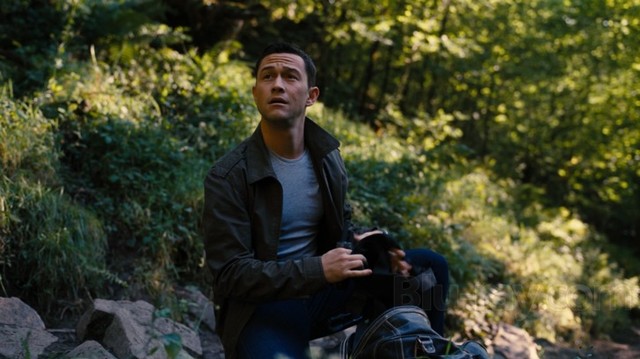