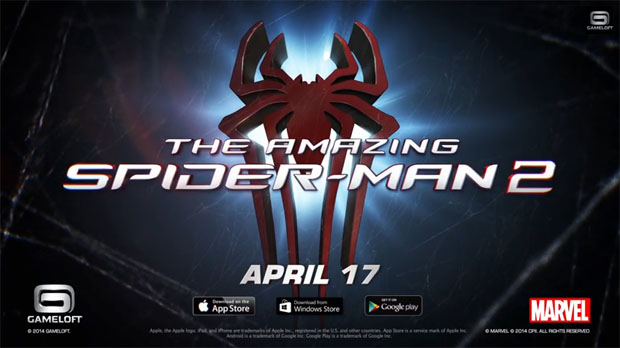 The Amazing Spider-Man 2, due out for smartphones and tablets on April 17th, is the sequel to Gameloft’s 2012 hit The Amazing Spider-Man, and is the official mobile game of the upcoming movie from Sony Pictures. Set in the open-world playground of Manhattan, TASM2 is a web-slinging adventure that has you, Spider-Man, fighting to clean up the city of crime and defeat the menace of Electro.

THE OFFICIAL GAME OF THE AMAZING SPIDER-MAN 2 MOVIE

MASSIVE ENHANCEMENTS TO THE ULTIMATE PLAYGROUND