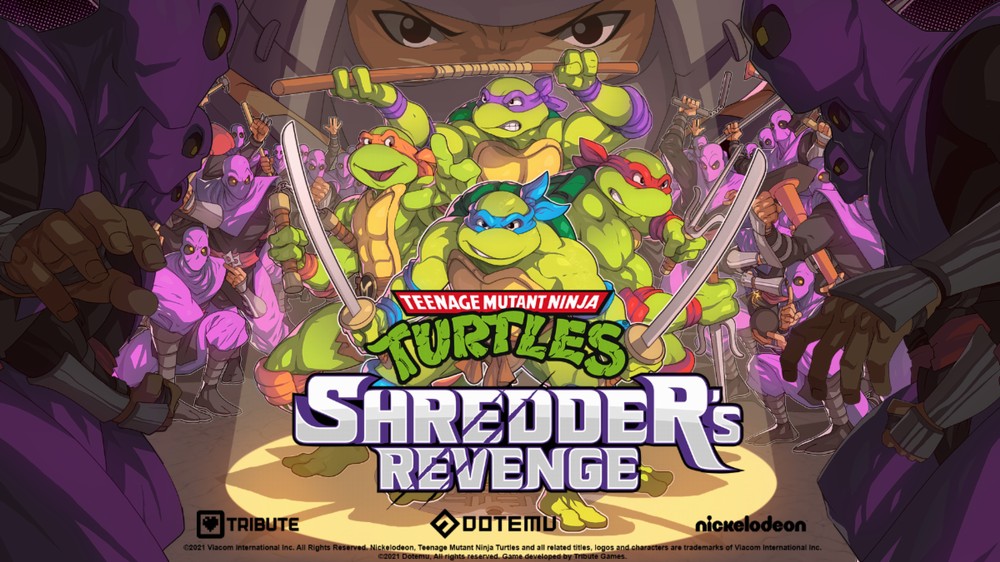 I never thought I’d be so excited to play a retro-beat em up game as I was when I found out that Ninja Turtles was getting a new game with Shredders Revenge. Developed by Tribute games and published by DotEmu, Teenage Mutant Ninja Turtles: Shredders Revenge is a great throwback to the days of arcade cabinets and lining up with your friends at the arcade or playing with your NES. My first turtles’ game was on the NES and to my young eyes, looked amazing, looking back its crazy to see how much not just these games but all games have evolved. It’s nice to see Tribute Games giving us something so close to so many peoples childhoods and keeping the fun factor intact. 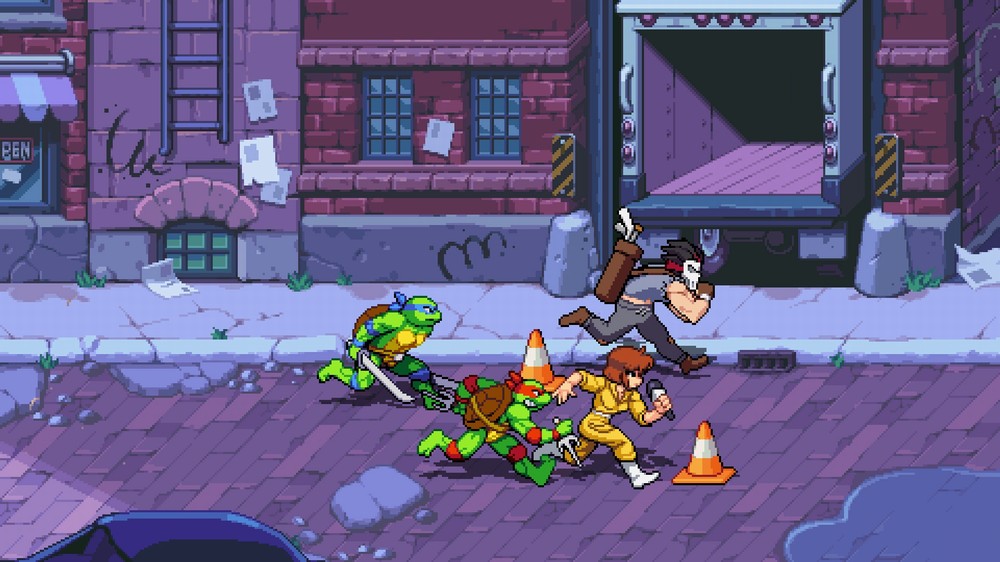 Teenage Mutant Ninja Turtles: Shredders Revenge takes place across 16 stages and takes you from locations ranging from the typical New York streets and Zoo to outer space locations where we are fighting towering enemies called Triceraton, killer robots, and of course the typical foot ninjas. Did you think turtles was where they drew the line? Heck, they even have their own toad allies that spring up as scattered collectibles too. As you progress through the game you will fight so many classic enemies from the previously mentioned Triceratons to a reprogrammed robot turtle called Metalhead, regular ole foot soldiers and of course killer robots.

The story is explained via still images that pop up between each level, so dialogue is pretty much nonexistent. What I would like to point out is that we did get a few of the original voice actors from the show with the voice actors for the four turtles coming back to reprise and get new dialogue for the game. It’s pretty great to hear those voices pipe up during the levels and take you right back to days long gone. Another welcome addition is throughout the levels there are hidden items and characters to find that have small throwbacks to the TV show that act as collectibles.

As with most turtle games you have access to the full lineup of our favorite teenage ninjas including Splinter. A great addition to the game is that fact that one of playable characters is April, The turtle’s human reporter friend. There is a 7th unlockable character with Casey Jones, who from my experience was incredibly overpowered in every single aspect, so he is of course locked behind a game completion to unlock. All of the characters have the same attack inputs and once you play as one character you can jump to another and understand how to fight. Characters do matter though in regard to gameplay. While all characters fight the same, not all are equal in range, power and speed. Characters are graded on their stats with a star system, the more stars the better they are in a stat.  A great example is Mikey, who uses nun chucks and has great speed stat but low range. He can rack up combos much quicker than a character like Donatello who uses a staff and thus has better range but slower speed. 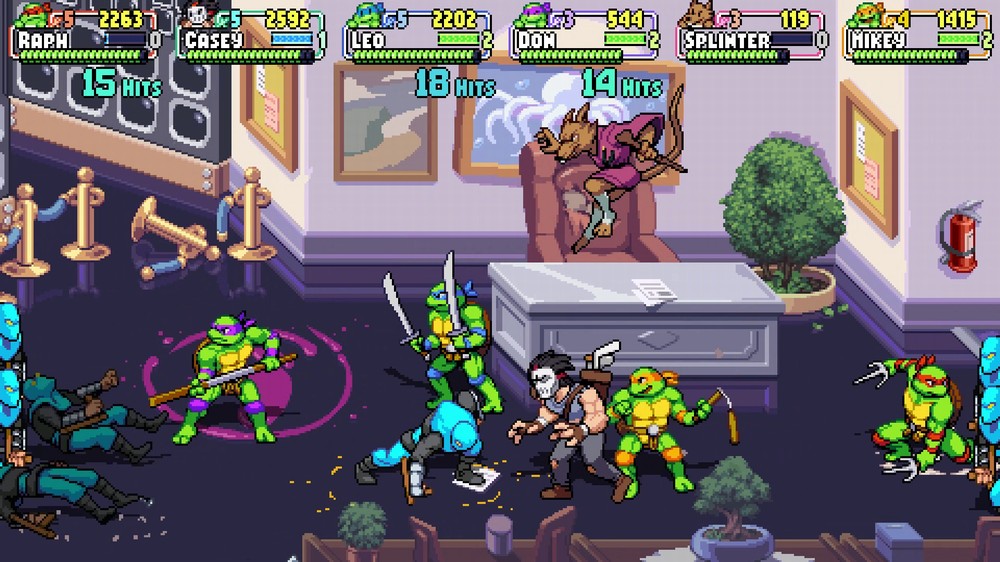 As you play each character you will upgrade them at certain score thresholds. Each level up is tied to a specific character, so you can’t gain rank ups with Leo and transfer to Casey for example, they were smarter than that. For my first playthrough I stuck to Leo, as he was the most balanced and found that I was keeping up in power as the enemies got stronger. At one point I swapped to Ralph who I had not played and found myself feeling very weak in comparison due to losing out on health points, super attack tiers and ended up swapping back. It’s a great motivator to play the game more than once and also replay levels to power up some lesser-played characters. 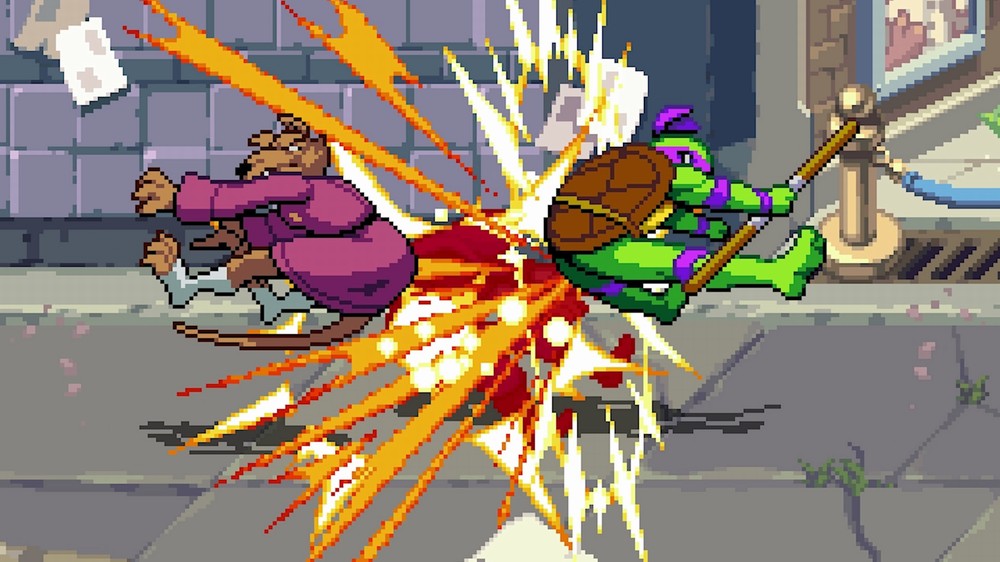 If you have friends, this game is an absolute blast to play with up to six players utilizing a single purchased copy on steam using Remote Play Together.  I was able to invite five other friends to join me in my turtle adventure. I won’t deny that with that many characters on the screen, we had no idea what was happening and who was doing what aside from when we used our super attacks, due to how flashy they were. It doesn’t seem like the game scales to how many players there are, so we pretty much smashed through the levels we played. Setting up remote play was pretty interesting because the first time we attempted it, and I was playing on my PC with my controller, it tried to force the same input on all my invites. It didn’t seem like we could change it for just one person, so we had to restart the process and use mouse and keyboard. Overall, a very fun experience if not severely overpowered. 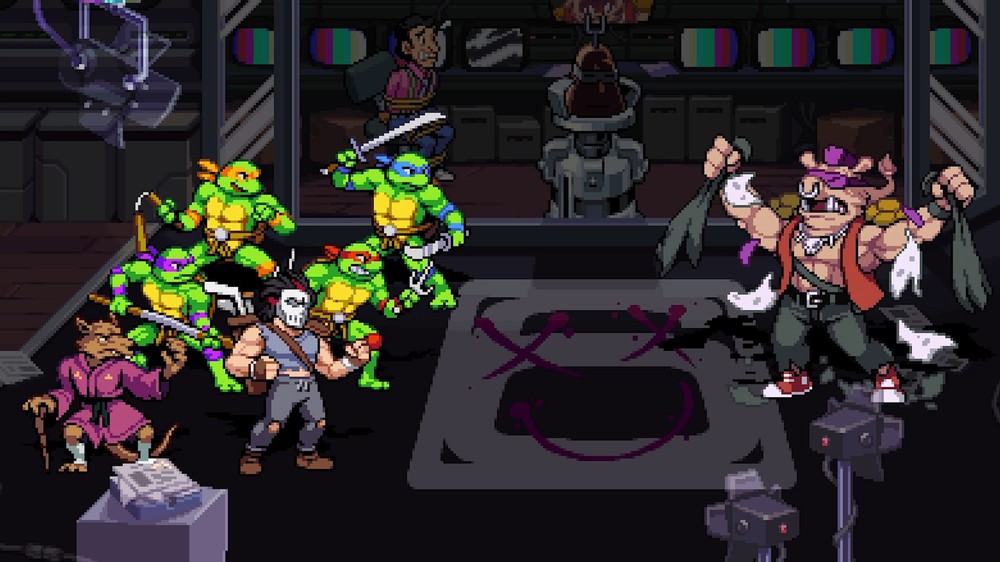 Some things to point out are that you have two game modes to choose from Arcade or Campaign.  Difficulty options are pretty lacking as well with only three to choose from, and once its selected, you are stuck with it unless you restart it all. Partying up can also be done via cross-play, so if you can’t find real friends to play with using your remote play options you can party up with the many people already playing online and absolutely shred through the stages. I was glad to see that enemies were pretty varied, not just in enemy types like robots and ninjas, but that they all had different methods of attacks and you had to be able to deal with all of them differently. You wouldn’t attack the guy holding a shield the same way you’d attack a different ninja using just regular swords. It seemed like every stage also had a boss battle at the end you had to beat to advance and there are even skateboarding stages where you have to fight while on the move. 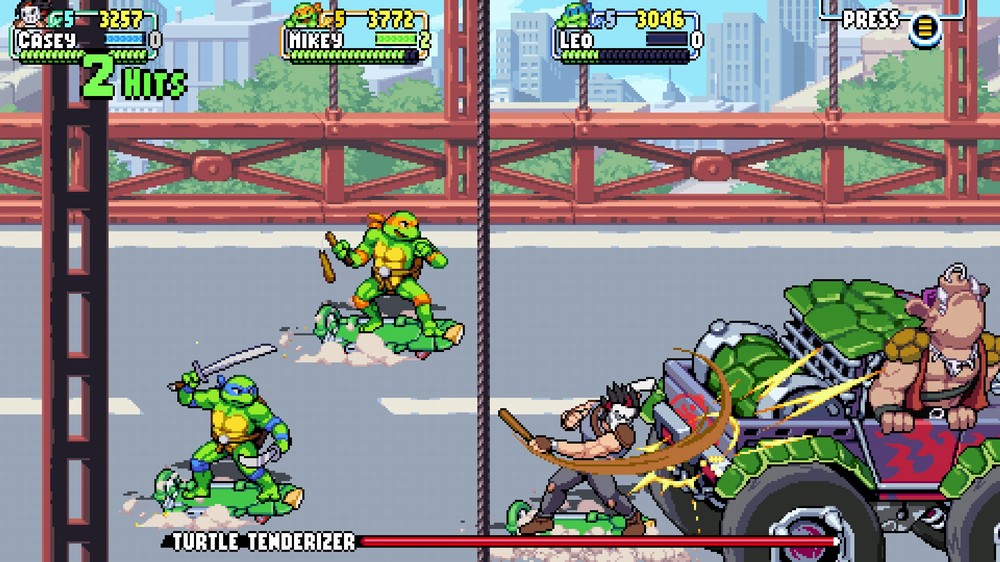 Overall, I found myself powering through Teenage Mutant Ninja Turtles: Shredders Revenge in about three hours and then replayed again with some friends and going through it again in half the time. I enjoyed every part of it and would recommend this game for any fans, new and old, of the turtles to experience that arcade feeling where you play with friends all on one screen and have a blast.  It’s a different experience than many games that we all play now.  Teenage Mutant Ninja Turtles: Shredders Revenge released June 16, 2022, and is available on Windows, Switch, PS4 and Xbox one, and is backwards compatible with the newer PS5 and Xbox Series consoles.