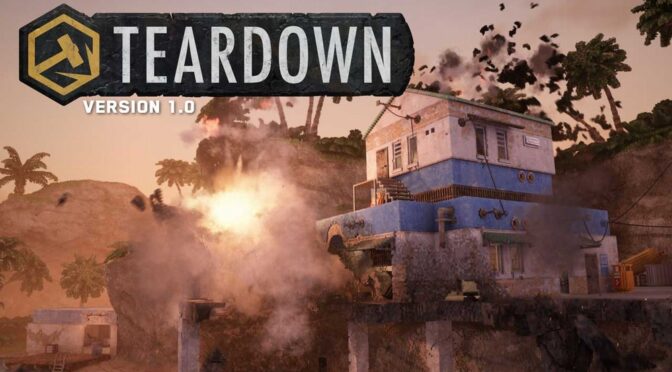 Let’s face it, blowing stuff up and breaking stuff is fun. Unfortunately, there are tons of laws and stuff that make blowing stuff up IRL pretty hard to do without a lot of licenses, training, permits, etc, which kind of takes all the fun out of it. And most games that let you blow stuff up only really let you blow up the stuff they want you to blow up. Like, if a game says that it has destructible environments, usually that means that there are predetermined types of things that you can blow holes in or destroy. The only games that do allow full destruction are voxel-based games like Minecraft, or Space Engineers, or 7 Days to Die. Even then, though, these destructible environments have their limits and often feel a bit unnatural. 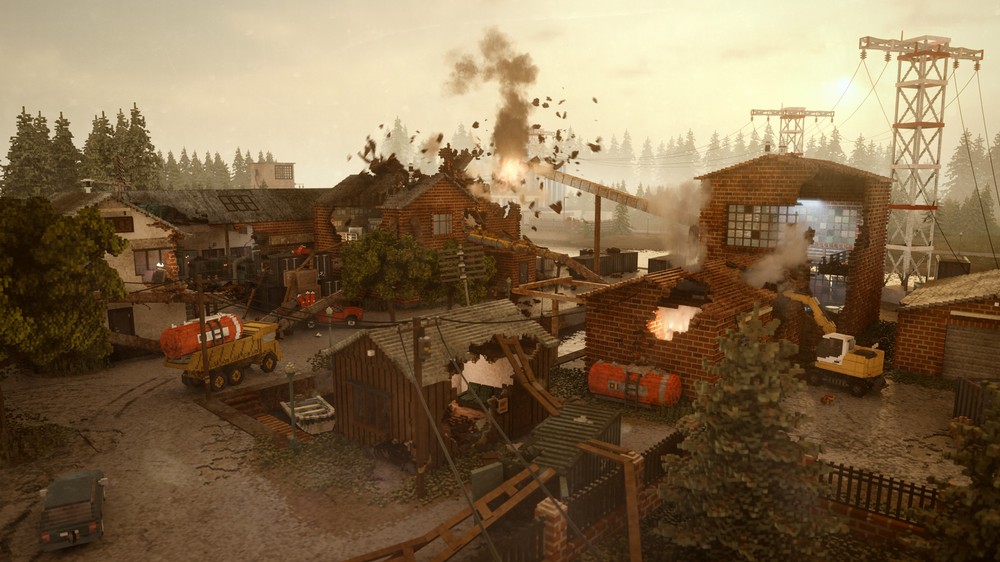 Teardown, as its name implies, set out with the goal of creating an entirely voxel and physics-based game that is completely destructible. Also, unlike the other games listed, the individual voxels in Teardown are about a tenth the size of those in the other games, which creates a much more detailed and granular environment to interact with.

When Teardown was in early access, there was a sandbox mode with different maps that gave you a series of tools and vehicles that you could use to interact with the map in various ways, breaking things, blowing things up, making interesting things happen, but with no real goal other than just to enjoy yourself. Now, with the release of the final version of the game, they’ve added a full campaign mode that adds quests, characters, and a story to the game. 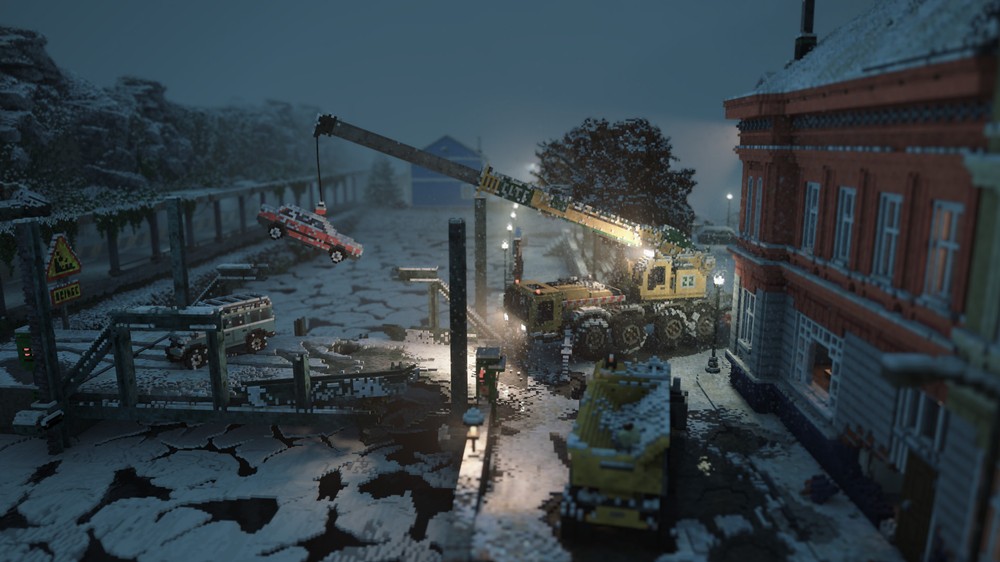 Essentially, you’re an unscrupulous demolition expert that various people reach out to to hire as the guy that gets things done without asking questions. You then have various specific tasks that you need to complete, like destroying a house, or breaking into a building to steal evidence, etc. These quests start off fairly simple and then ramp up in complexity, adding more layers and also alarms that will trigger and give you a countdown until the police arrive. This forces you to look at the map in different ways and figure out optimal paths in order to accomplish all the goals in the very limited amount of time you have once you trigger the alarms.

The destruction mechanics in the game are really smooth and satisfying. When you knock down a support for something, you can watch it bend, break, or collapse the way you would expect for whatever material it is made out of. Wood, metal, brick, etc, all react in different ways and require different tools to maximize the destruction. 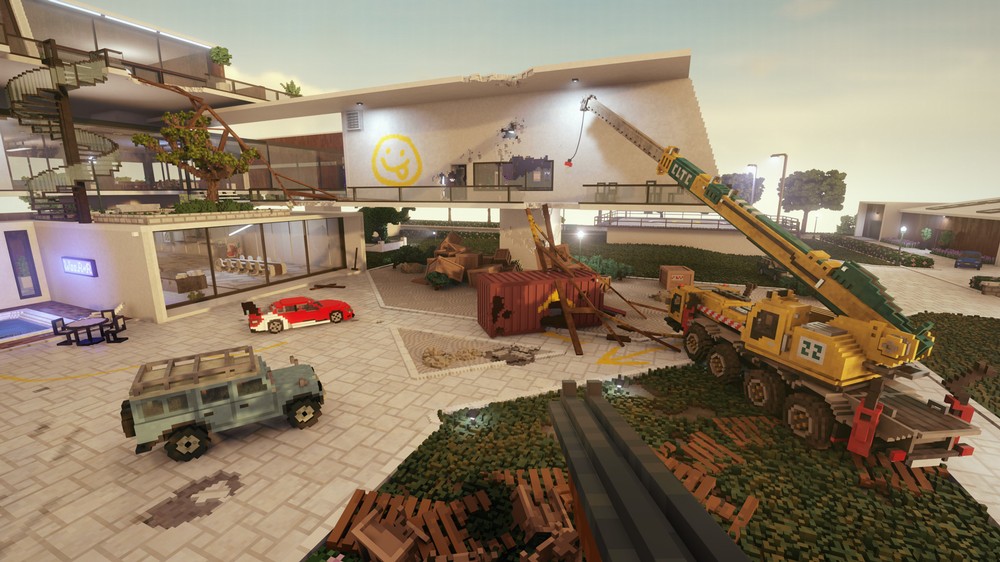 Speaking of tools, you begin the game with a sledgehammer, a fire extinguisher, and a spray can. As you go, you will unlock a number of other things, like a blowtorch or a shotgun that will allow you to interact with the world in new and different ways.

The physics system is not just impressive with solid objects, either, but there is smoke and water that will react to the environment in interesting ways too. Like, if you set fire to a house, smoke will accumulate within the building if there’s no way for it to escape, but then if you break a hole in the ceiling, the smoke will billow out through that hole. It’s all very impressive and leads to limitless combinations of how you manipulate the various maps. 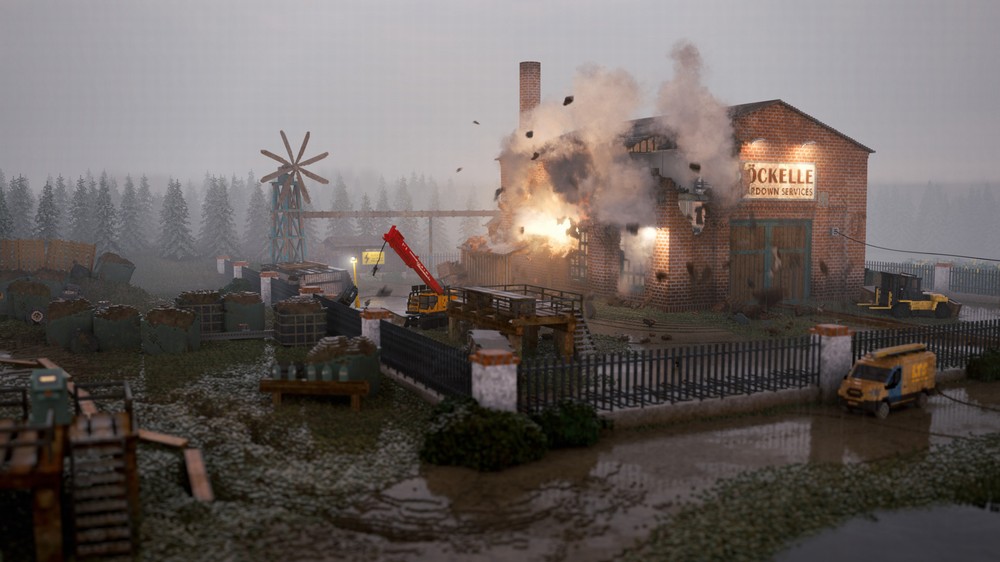 The sandbox modes still exist as well, so once you complete the campaign, you can revisit all of the areas and have fun messing with them in whatever way you want. Also, the game fully supports modding and has a pretty active modding community on Steam, which allows you to play even more community designed missions, maps, and other game modes that modders have come up with. Since the game is so fundamentally versatile, it is pretty much up to the modders imagination what types of things they can create with the impressive engine.

The long and short of it is that Tuxedo Labs have really created something impressive with Teardown. It feels like an evolutionary leap from its voxel-based predecessors and would be a welcome addition to anyone’s library who ever had the desire to just watch the world burn.