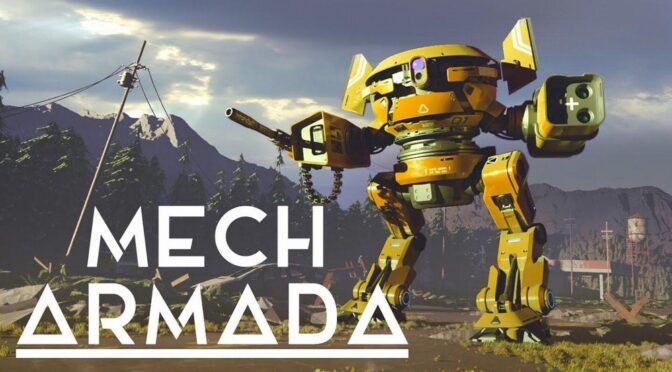 Mech Armada officially has officially launched into 1.0. Solo developed and in Early Access for 12 months, Lioncode Studios are celebrating the launch with a brand-new gameplay trailer. Mech Armada offers players a heavy dose of deckbuilding (with robots, not cards), resource management, fast tactical grid-based combat, perma-death and fully customizable mechs to take on the Swarm.

With sweeping improvements made throughout Early Access, across almost all areas of the game, Mech Armada has used its time to react to player feedback. Players can expect a refined economy, vast swathes of quality of life improvements, new parts, fresh enemies and an all new Campaign map. Leverage the terrain, refine each Mechs unique loadout and use strategy and resources to survive a series of battles that culminates in a boss encounter.

Offering deep tactical play, Mech Armada is inspired by Slay the Spire and Into the Breach and  gives players the opportunity to play across procedurally generated post-apocalyptic biomes, through unique encounters where no two are the same. With death resulting in game over, a restart means all new parts, enemies and bosses that are designed to challenge you all over again.

Launching its 1.0 build on Steam today and currently enjoying a “Very Positive” rating, players will be able to deploy their Mechs for £17.99 / $19.99 while making use of a 20% launch discount. Those wanting to learn more about the game can head to its official Discord to chat to its developer and community.