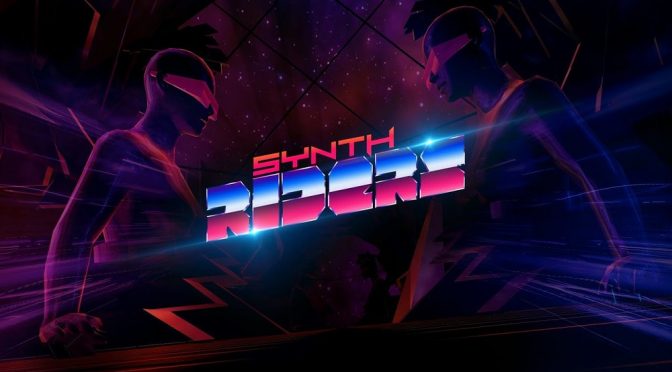 My PSVR getup has been collecting quite a bit of dust this summer, so it was a real chore to get all the cords and cameras and controllers set up again to give the newest rhythm/dance/exercise title Synth Riders a go. But oh boy was it worth it, because Synth Riders might be the best game for the PSVR this side of Astro Bot.

First off – I already can hear you the grumblings of “it looks like Beat Saber” – and yes at first glance there are a lot of similarities between the two VR-based rhythm/dance/exercise titles.  But with only a few minutes of playing, it becomes obvious that Synth Riders is far more about mastering the groove and becoming one with the music, than it is about hacking and slashing your way through a grueling workout.  Synth Riders had me feeling like I’d been transported into a wholly-immersive universe existing somewhere dead center of the classic Rez and Frequency, and maybe well…the world of Tron. 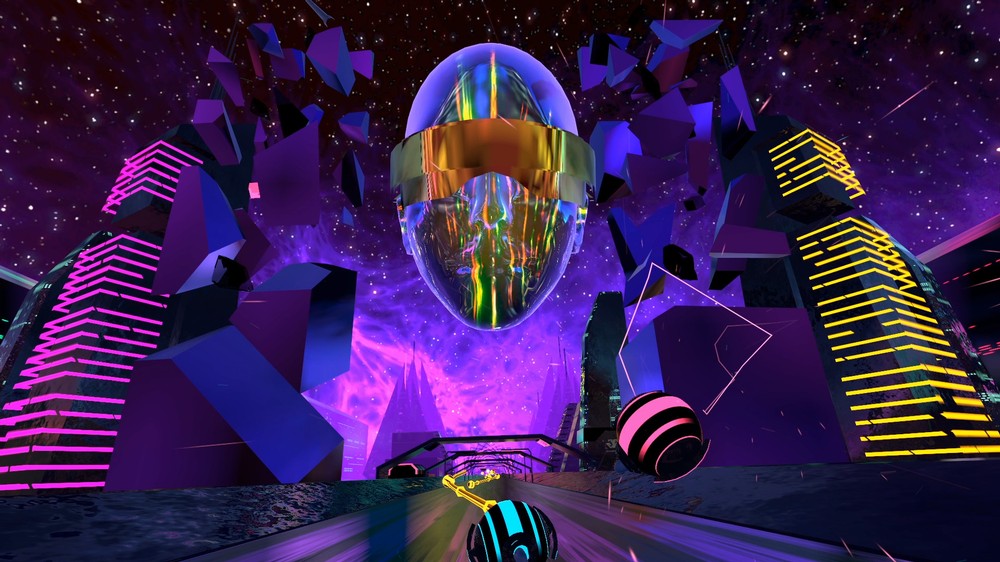 Gameplay is simple – using a pair of color-coded move controllers, the gamer makes contact with similarly color-coded musical notes that appear along the path.  These notes come in the form of single-note spheres to be batted, or as sustained-note rails that must be tracked as they meander up, down and around.  There are obstacles set up along the path that must be avoided by ducking or leaning, adding a bit of whole-body physicality to the groovy dance that inevitably ensues.  Of course, the score is awarded for accuracy, but the real reward is the euphoria you feel from being totally in-tune with the music.

Visually, Synth Riders is incredibly basic, but that’s perfectly OK.  I earlier alluded to the likes of Rez, Frequency, Tron, and Beat Saber, and they all fit into a similar visual aesthetic: a huge, hypnotic, neon-soaked space eliciting a feeling of being stuck inside the innerworkings of a .  Synth Riders shares many of these attributes, but with a bit more background 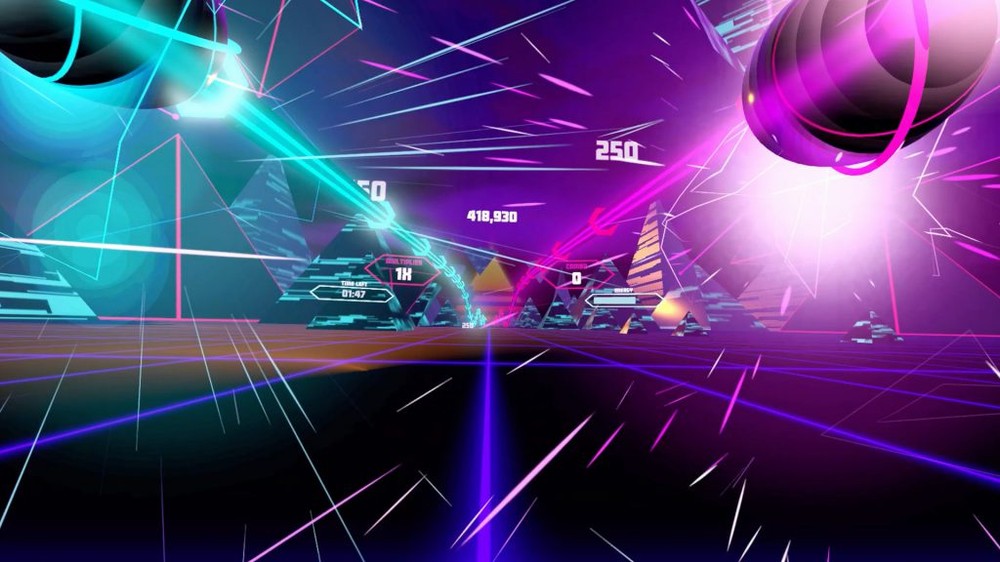 Offering over 50 songs out of the box (MSRP $25), with an additional 25 available via DLC, there should never be a shortage of music for gamers to enjoy.  While most of the tracks fall into the EDM genre, there are a smattering of punk and rock thrown in to spice things up a bit.  If the 25 DLC songs, they can be purchased either individually ($2 each), as part of one of a handful of multi-song packs ($8 each), or as a complete package with the original game and all the DLC ($52).

Synth Riders also offers gamers the ability to modify their gameplay from the accuracy-based “rhythm” mode, to a velocity-based “force” mode, which is more akin to the likes of Beat Saber. In force mode, it’s the speed and force used to bat the notes away that determines the score.  While this does add another dimension to the gameplay, the rhythm mode was far more rewarding. 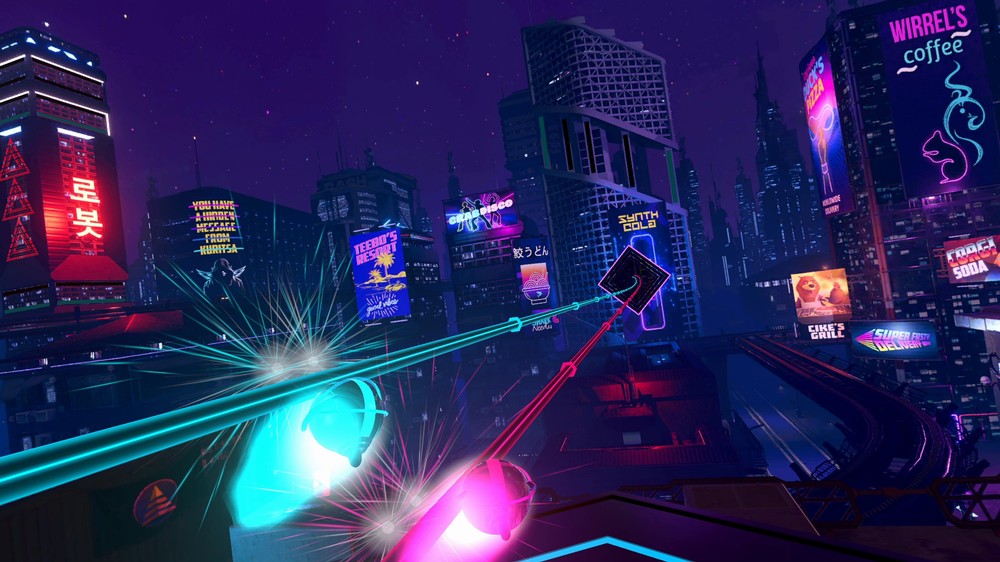 If you couldn’t tell already, I had an absolute blast with Synth Riders – and I have to say it’s all about the VR.  If it has simply been a typical screen-based rhythm title, the simplistic visuals and repetitive gameplay probably wouldn’t have kept my interest for longer than an hour or so – but the fact that the Synth Riders universe becomes such an immersive experience under the VR headset, I found myself lost in the game’s unassuming beauty. 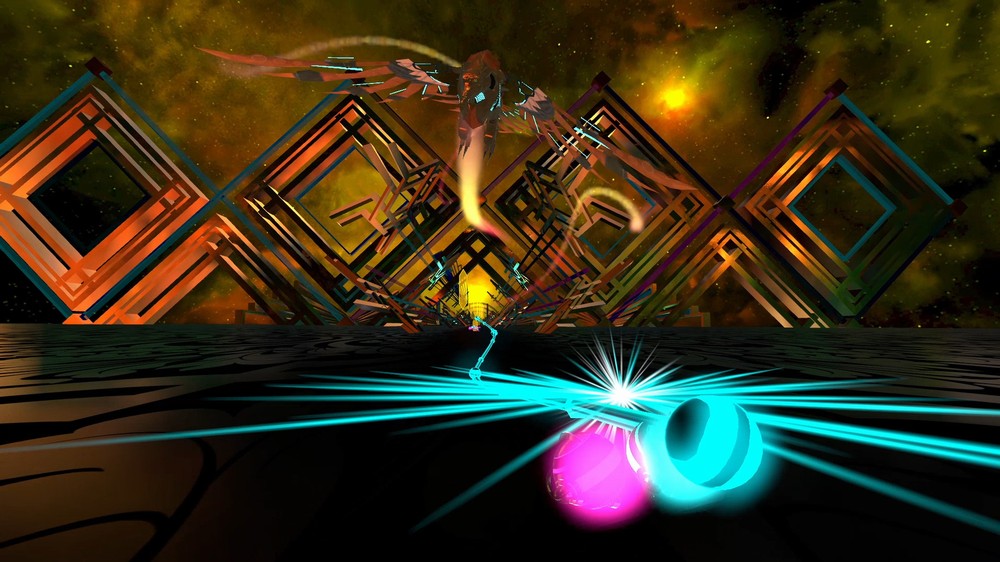 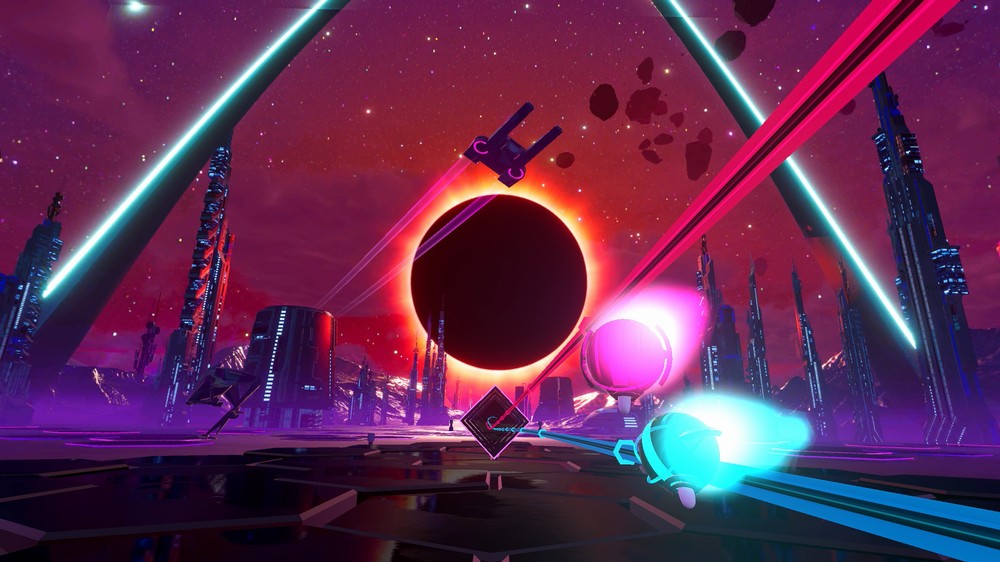 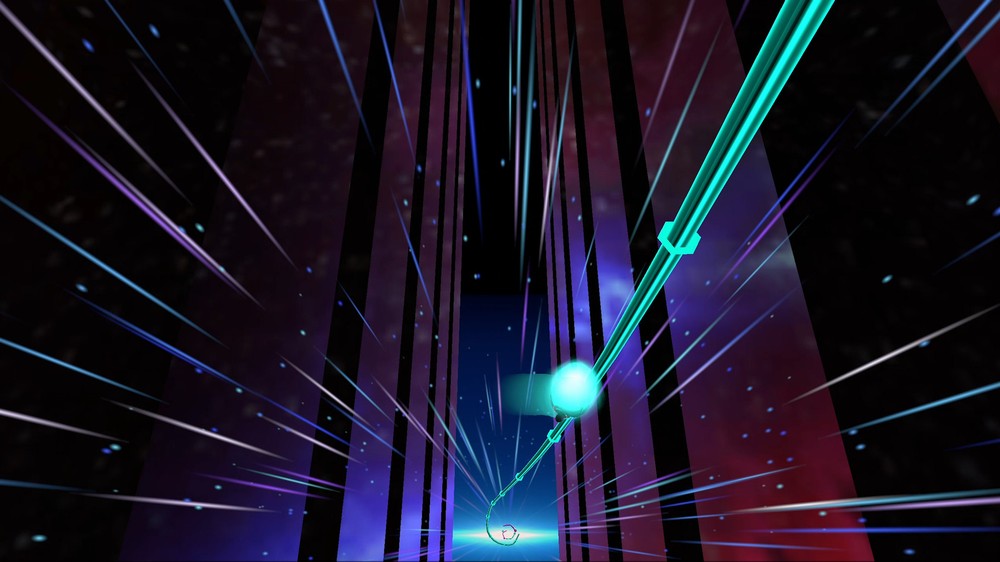 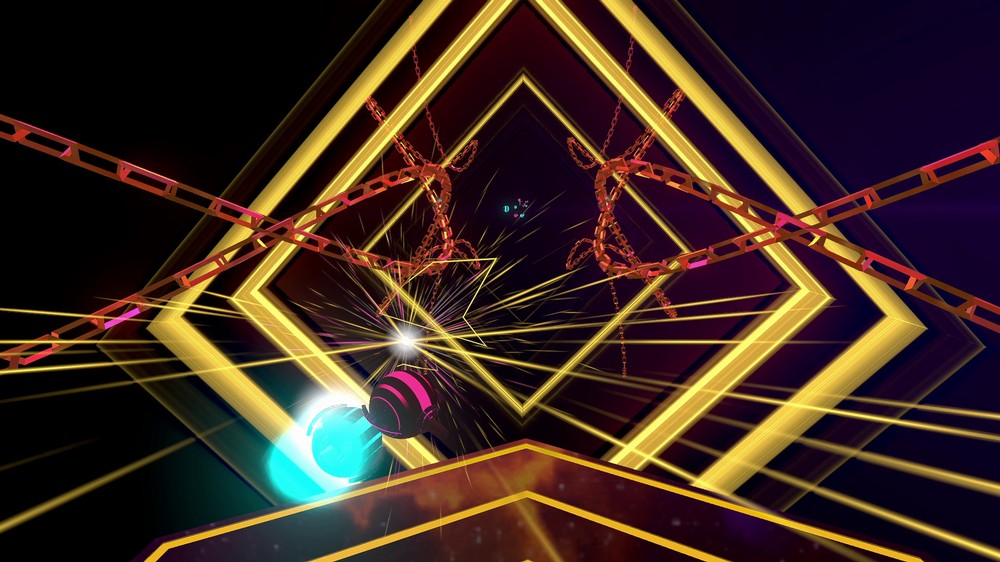 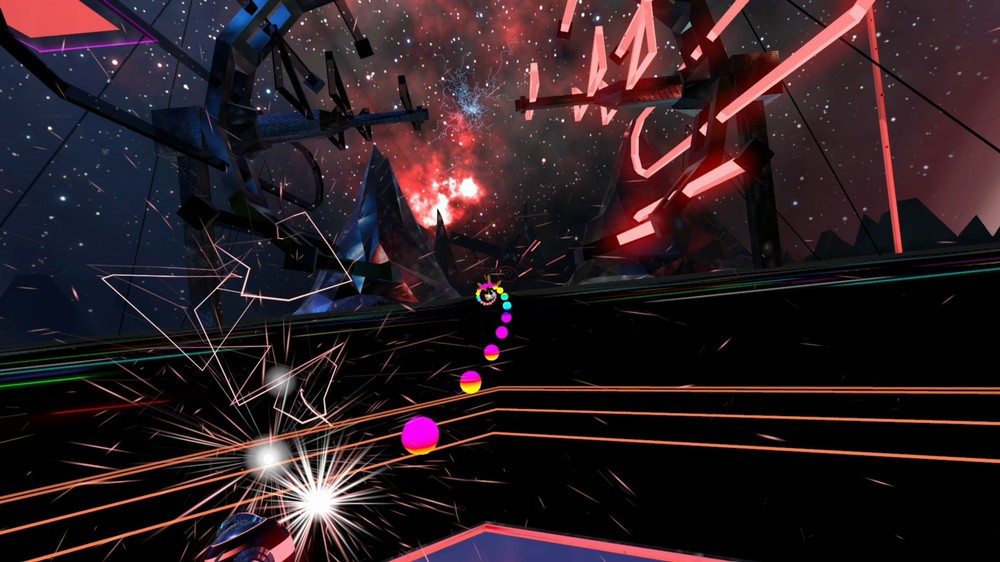