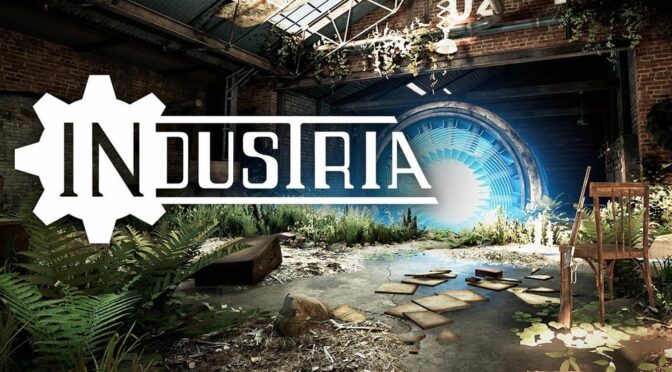 Praised by The Gamer as “the best four-hour game of the year”, INDUSTRIA uses its inspirations from the narrative shooters of the early 2000s as a jumping off points to deliver a unique vision that combines the imagery and themes of surrealism and science fiction to build an unforgettable world ravaged by an enigmatic menace. INDUSTRIA focuses on story first, with intense FPS action sequences driving the player through the narrative and a fascinating city that merges East Berlin’s brutalist architecture with strange technological apparatuses and futuristic robots.

INDUSTRIA is set in 1989 on the eve of the fall of the Berlin Wall. Playing as a scientist named Nora, you set out to search for your missing friend and lover, following a mystery that takes you into a parallel dimension to the city of Hakavik. Armed with four firearms and a melee weapon to deal with the various mechanical monstrosities roaming the game’s dystopian landscape, you must carefully manage your resources as you gather intel if you hope to survive long enough to decode the mystery at the heart of this intriguing tale.

Developed by a small team that started out as a two-man operation before later bringing four other individuals into the project, all working on the game in their spare time, INDUSTRIA has been praised for its impressive visuals and strong sense of atmosphere.

“As our debut title we wanted to make something ambitious in its visuals and narrative, but also streamlined in its mechanics and experience,” said David Jungnickel, Co-Founder at Bleakmill. “After releasing the game on PC our next goal was to always to harness the power of PlayStation 5 and Xbox Series X|S and deliver the intriguing world we’ve worked so hard to create to a console audience and we’re delighted those players can finally jump in!”