Super Pixel Smash is one of the most fun and addictive VR games I’ve played in 2017. Okay…so we are only 24 days into the year but still, this super-slick TRON-inspired version of racquetball is so much fun I was barely able to pull myself away from it to write this review. Thankfully my controllers needed to recharge.

The premise is so simple; especially if you have ever played racquetball or just knocked a tennis ball against a wall. You are armed with a gravity device that can suck the “ball” (energy orb) toward you allowing you to set it up for the perfect serve or return. In your other hand is a futuristic and somewhat oversized racket that is surprisingly accurate when it comes to making contact with the ball and even aiming the return shots by angling the deflection. The controls are super-precise and feel great! 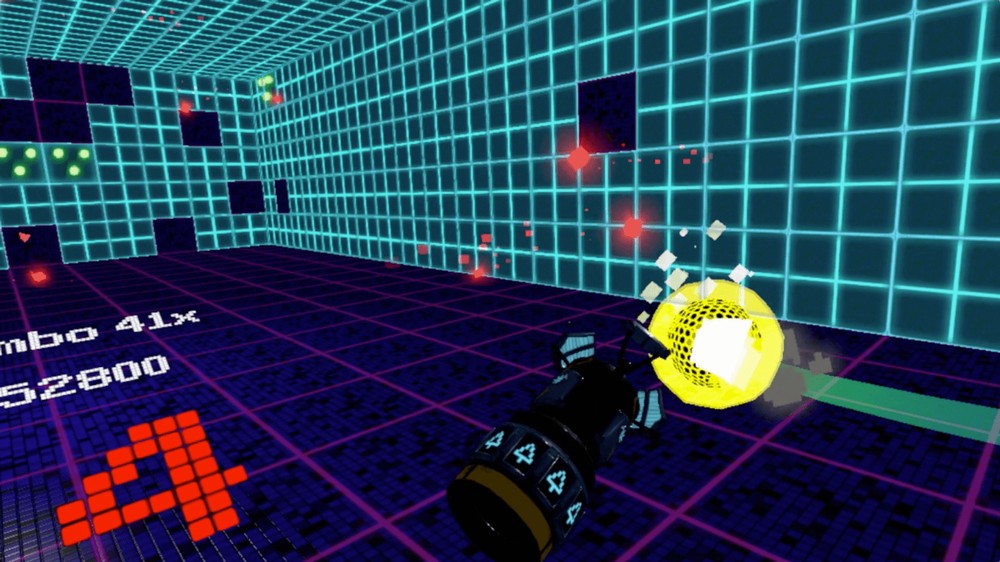 For the most part you are knocking the ball against the far wall which is sectioned off into a grid of assorted icons and normal tiles. Some tiles you want to hit and others you want to avoid, which means if the ball is headed for a red skull you might want to suck it back. Other tiles multiply scores or increase the speed of the ball. My favorite is the multi-ball tile that creates three new purple balls to track along with your gold ball.  It’s like the insanity of multi-ball in a pinball game.  What’s really cool is that just like the real sport you don’t necessarily have to hit the ball every time. If it flies by you just let the wall at your back handle the return for you.

In later levels the side walls and even the ceiling come into play allowing for some pretty awesome combos and big scores, which is the main objective of the game – rising up through those leaderboards.   I managed to get the #10 spot just before writing this, so I’m sure I’ll get knocked down eventually, but I have no intention of quitting this game anytime soon, and the more I play the better I get. 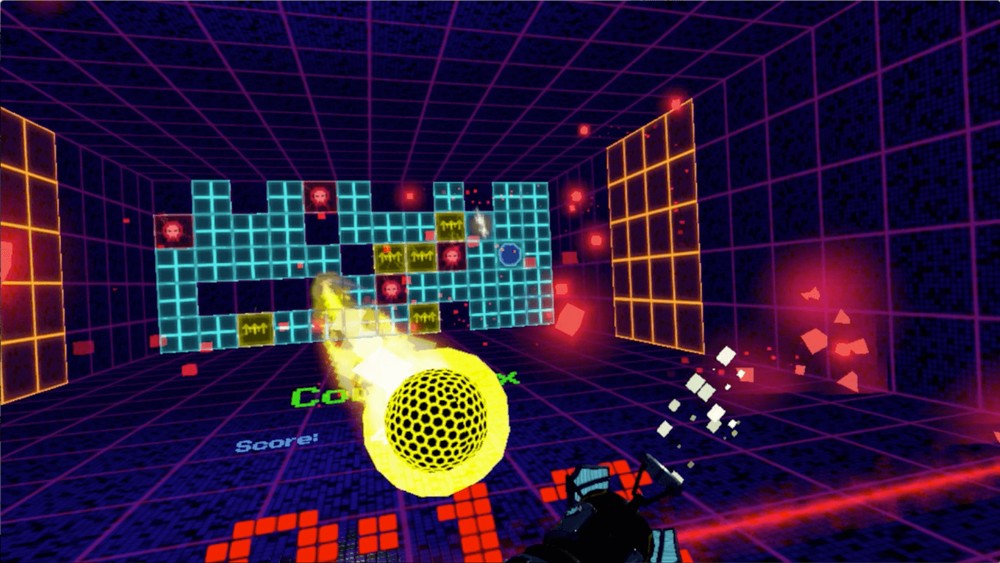 My only issue with the game is that you only have the one game mode, which is basically a timed session and quest for high score.  Maybe if they had a mode without the back wall where you had to return a fixed number of balls, or anything to mix things up, this would get a perfect score.

Priced at only $8 you are easily going to get your value out of this game, and Super Pixel Smash is being discounted to less than $5 during launch week. There are so many causal indie games out there for the Vive, but this one is truly outstanding with simple, colorful graphics, great controls, and a deep-voiced announcer that will boost your ego with his incessant shots of SUPER SMASH! If you want some great TRON arcade action and even work up a sweat while playing then check out Super Pixel Smash. 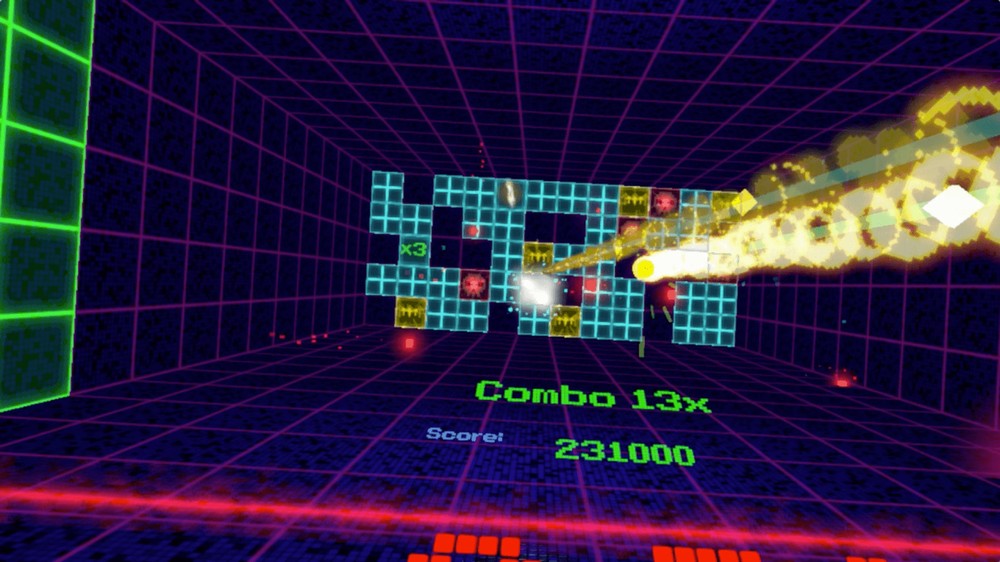 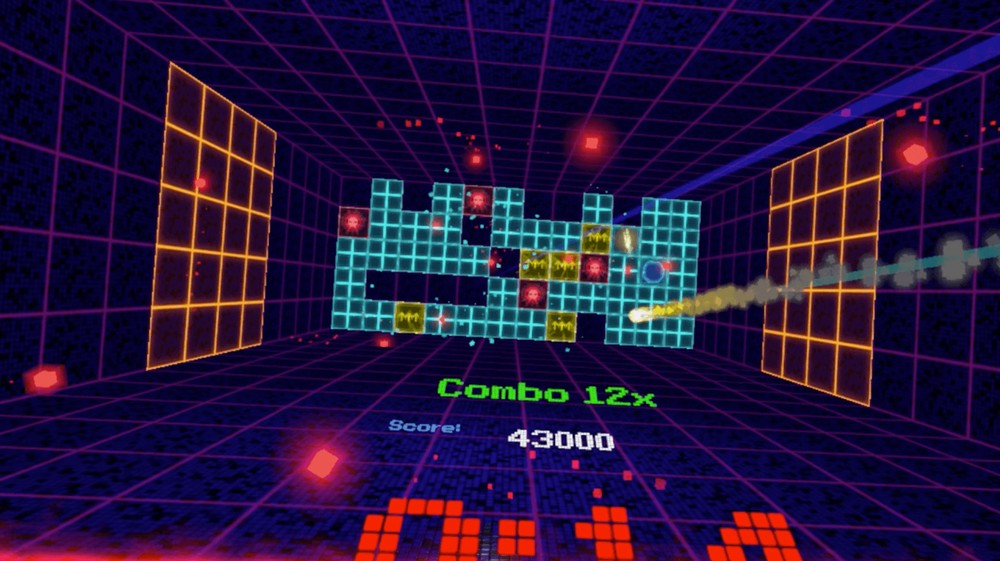