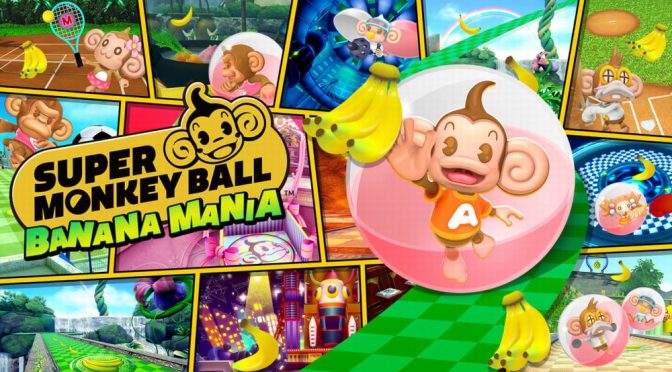 I’ve played so much Super Monkey Ball over the past twenty years on PlayStation, GameCube, Wii, and even portable systems like the Nintendo 3DS and Vita I can hardly keep them all straight.  As a big fan of Marble Madness it only makes sense that I would find so much fun in this franchise; what’s not to love about moving a giant sphere around a puzzle-board play space, even if there is an annoying little monkey inside? 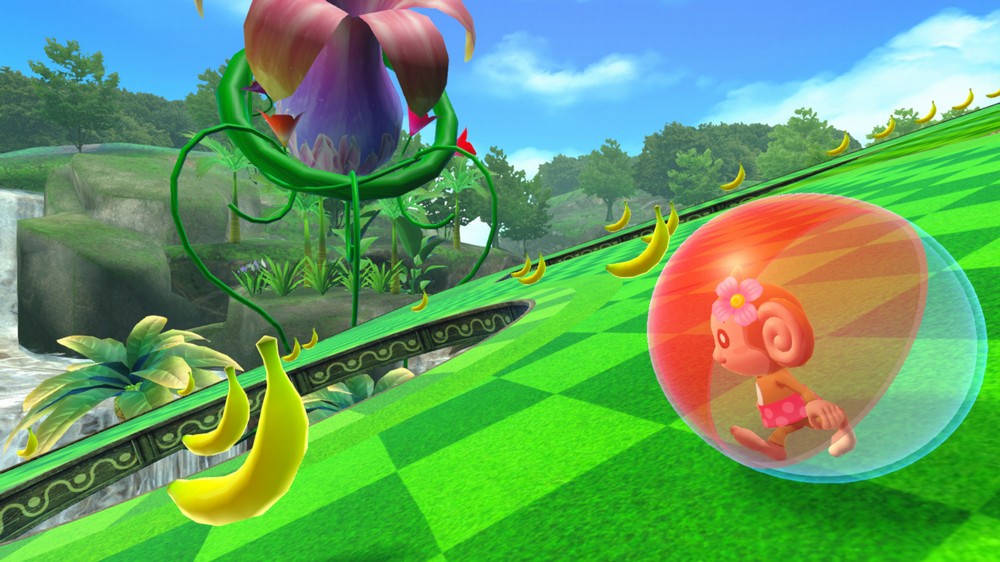 Super Monkey Ball Banana Mania is all about reliving the magic of those originals, bringing all the content from the original three games into the current gen with updated visuals, improved gameplay, and a host of new features, mini-games, and a cast of videogame all-stars from many of your favorite SEGA games and pop culture.  Beat from Jet Set Radio, Kiryu from Yakuza, and beloved duo Sonic the Hedgehog and Miles “Tails” Prower arrive on day one as free unlockable characters. Adorable pop culture icon Hello Kitty®, Morgana from Persona 5, Suezo from Monster Rancher, and SEGA Legend consoles (Game Gear, Saturn and Dreamcast) will also join the gang as new DLC characters.

Take this dream team roster into more than 300 remastered levels collecting as many bananas as you can before the clock expires.  When you’re done setting records in the main game you can grab your friends and family and explore the dozen Party Games; always a highlight of the franchise, with racing, flying, arcade shooting, kayaking, and crazy monkey versions of your favorite sports like baseball, soccer, bowling, tennis, billiards, and more.  While all games aren’t equally as good as others there is more than enough here to find something you like that will offer up competitive party gameplay with friends or even setting records in solo party play. 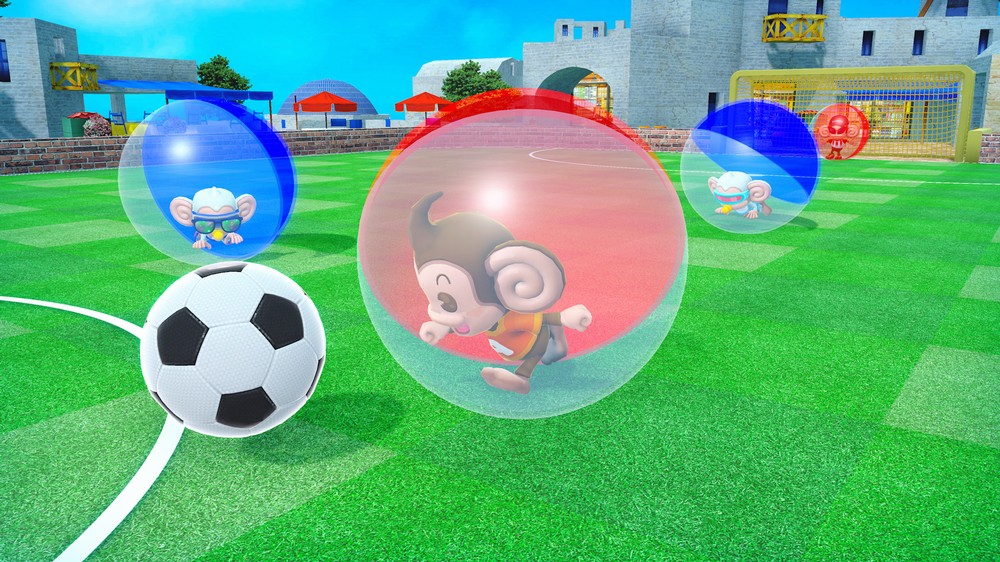 There is a dizzying amount of content to be found, unlocked, and explored in Super Monkey Ball Banana Mania ranging from new characters to a massive wardrobe of fashion items and accessories, photo mode elements like frames and backgrounds, and even creative visual modes so you can play the game in monochrome, sepia, or other creative filters.   There is a 4-player co-op mode, online challenges, leaderboards, and a fun story mode with delightful cutscenes to keep Monkey Ball lovers entertained for months to come.

The power of the PS5 does a great job of delivering all of this updated content in smooth 60fps gameplay with awesome camera controls and ball movement; although keep in mind that in Super Monkey Ball Banana Mania you aren’t moving the monkey or the ball but rather tipping and tilting the world, which in turn moves the ball.  This can and has been a sickening experience for me on previous systems, but the PS5 manages to avoid any hint of motion sickness thanks to smooth movement and fluid framerates.  The game loads super-fast and menu navigation is instant.  The gameplay is all about replays and restarts and these are near instantaneous on the PS5 thanks to its SSD.

Rather than try to explain this wacky game in words I would recommend you check out my live gameplay video that covers every mode, party game, and bonus content this game has to offer.  It’s a 2+ hour video but there are chapter breaks, so you can find the part(s) you’re interested in.  Super Monkey Ball Banana Mania can be challenging at times and frustrating at others, as you will clearly see as I make my way through the first world of the Story play before diving into mixed bag of party games.  It’s a wild ride.

Super Monkey Ball Banana Mania comes in several flavors ranging from the standard version to the deluxe edition offering up an assortment of bonus characters, skins, items, and classic soundtrack options for only $10 more.  There is also a 20th Anniversary physical release packed with all sorts of bonus items, as well as a 40-page art book now available at your favorite retailer.  The game is available on all the consoles and PC and those who get the older Xbox and PS4 versions can upgrade to current gen versions for free.  Whether you are playing alone or want to bust this out at your next game night or family gathering, prepare for loads of challenging gameplay with a delightful monkey-inspired theme, fantastic visuals, great music, and endless charm. 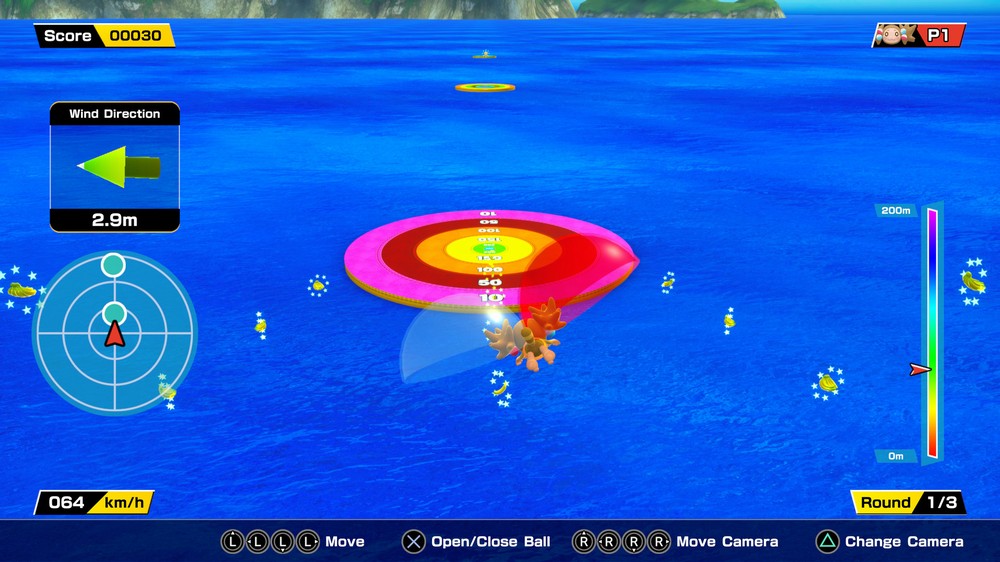 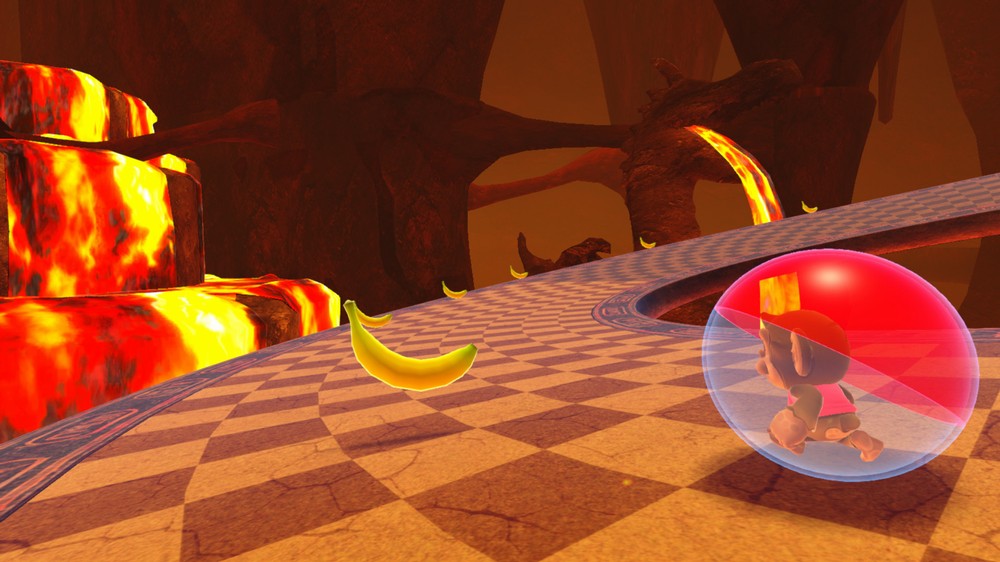 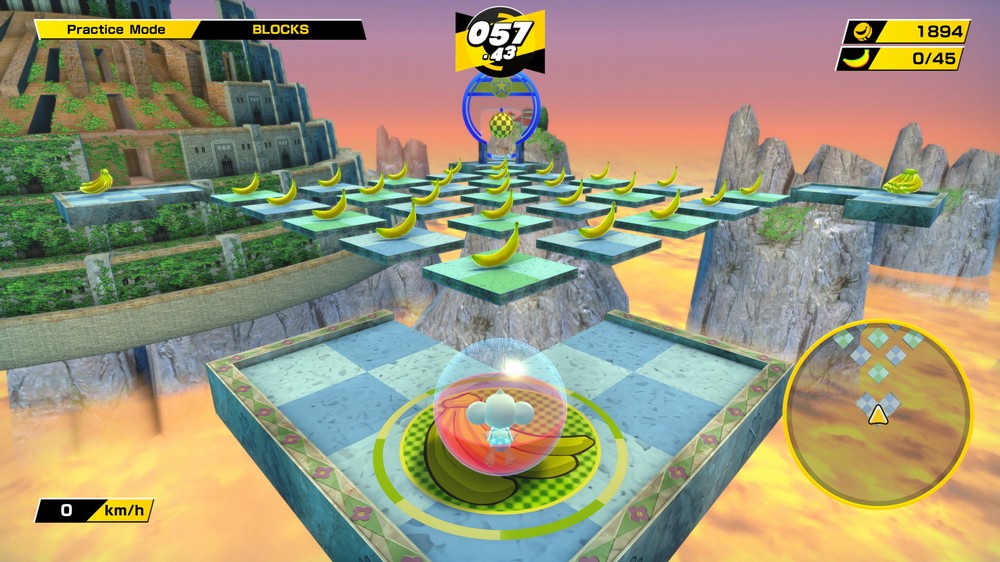 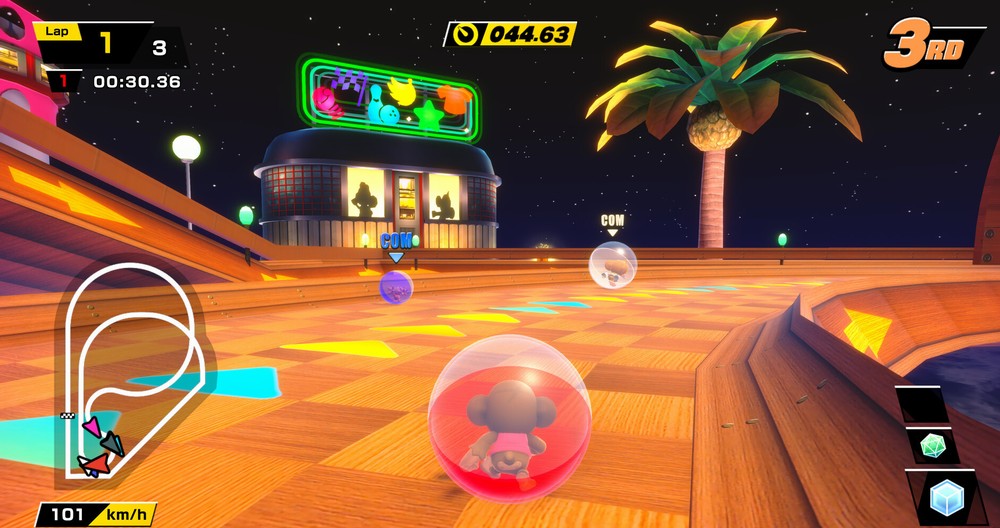