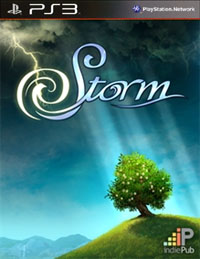 Storm is one of those indie games I would expect to play on the PC – and the game is available on PC/Steam for those who do – but for some reason the code that arrived for our review was for the PS3. No worries though, as there is no real difference between console and PC aside from some slightly improved graphics and textures on the PC version and possibly better control with the mouse. This environmental physics and weather based puzzle games is just as original, entertaining, and addictive on any of its available formats. I truly hope a Vita version is in the works, as this game would be perfect for that system.

Storm takes you through the various seasons with a singular goal – maneuver a rather large seed from one tree to its ultimate destination using nothing but weather. Along the way you can create other trees (checkpoints) in fertile patches of soil. The PS3 version can be played using the PS Move or the controller, both of which have their own issues, but either gets the job done. I ended up using the DualShock for the most part. Moving the cursor around with the analog stick is a bit sluggish and it’s easy to see how a mouse (or a PS Move) would offer faster and more direct input. 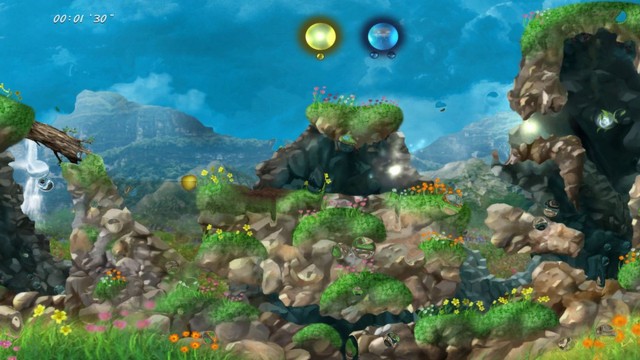 So, using wind to blow your seed, rain to float your seed or carry it downhill in a post-shower runoff, or lightning to zap your seed causing it to jump over gaps and obstacles, creates a lot of unique potential for puzzle creation and thoughtful gameplay. You aren’t always locked into one specific solution, but given the confines of the rules and the available elements for each level, your options are a bit limited. Weather also affects and changes your landscape. Lightning strikes can break away loose rocks creating openings or filling in pits with rubble. Lightning can also cause brush to catch fire, which can then be spread using wind to clear away dry obstacles. Water can flood over air vents creating bubbles that can capture and float your seed to new areas – you can even maneuver those bubbles with careful use of the wind.

There are 48 puzzles spread across the four seasons and despite a few post-puzzle hints there is very little instruction or clues provided and no real story – not that I was expecting one…it’s a seed after all. There are numerous ways to “screw up” a puzzle that, even restarting from a checkpoint can’t fix; some your fault and others resulting from a slightly flawed and overly exaggerated physics engine. As the levels get longer and more complicated simply warping your seed out of a dead-end pit won’t respawn other necessary pieces of the puzzle that have been moved or eliminated up to that point. 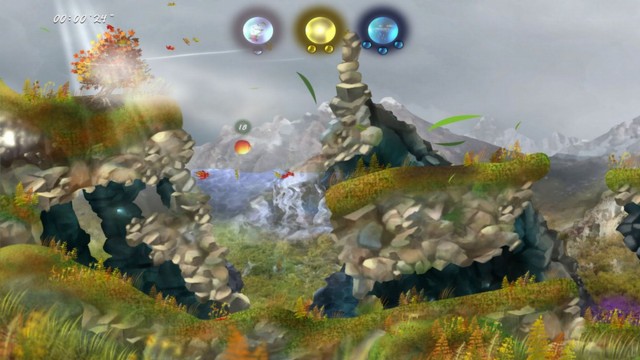 The visuals are quite pleasing; even soothing at times and I loved the way the storm clouds rolled in and the backgrounds darkened whenever you activated the appropriate weather effect. Textures are nicely detailed and there are seamlessly integrated effects and animations. Even the menus are nice. The music by Terence Lee is ethereal in quality creating this naturalistic ambience that is only shattered by the clap of thunder, the howling of wind, or the trickling of water.

Storm will really tax your problem-solving skills in a whole new way as you take control over the forces of nature to move a not-so-tiny seed across increasingly more complicated landscapes in four distinct seasons. It’s a great game for the whole family – even played together – and works just as well with the PS Move as a gamepad. Free Mode offers up a time trial experience adding some competition and replay, and the Spirit Mode adds collectibles to each level that you must collect before time runs out. Storm offers countless hours of Zen-like meditative gameplay and challenging puzzle-solving for those willing to master the elements. So go plant a tree… 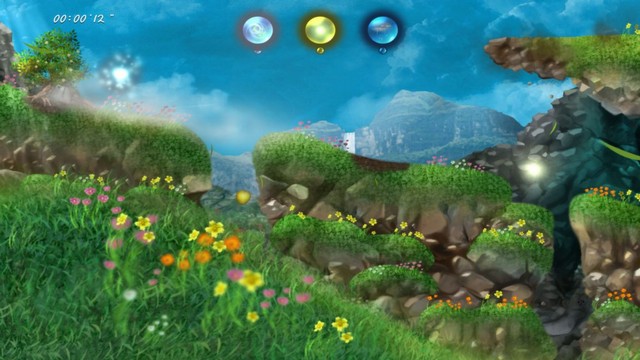 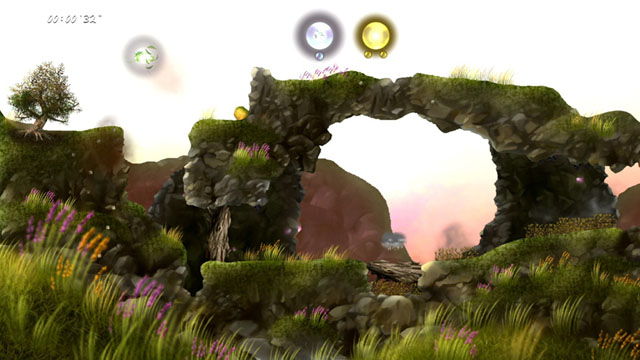 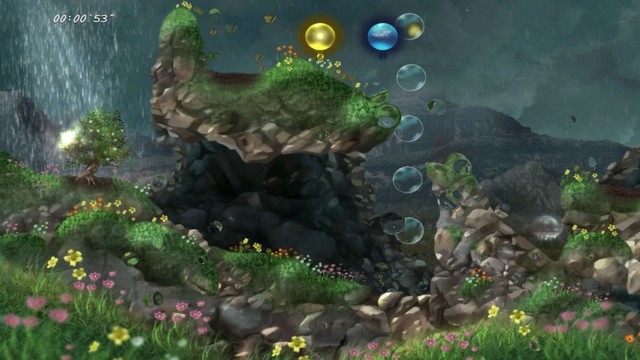 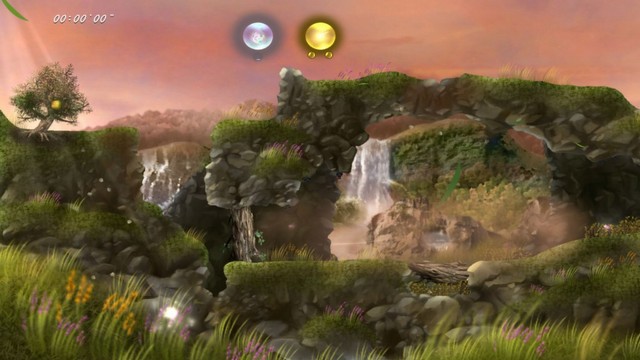 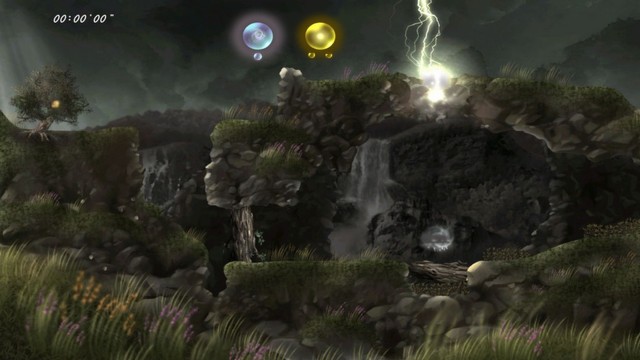 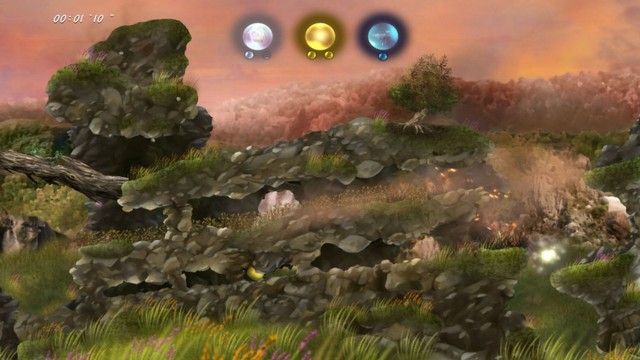 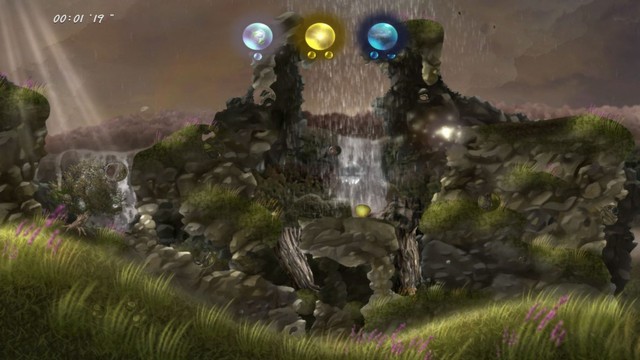 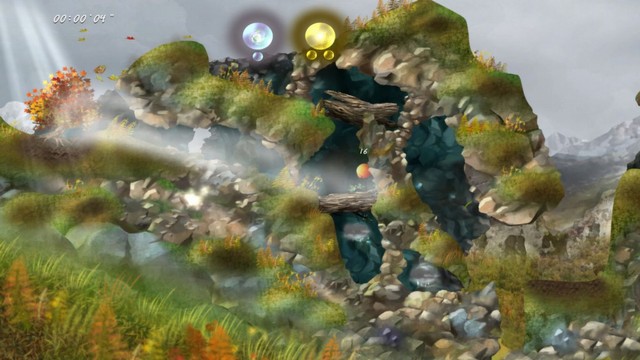 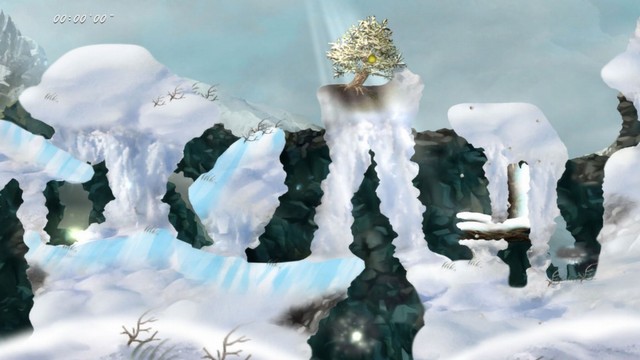 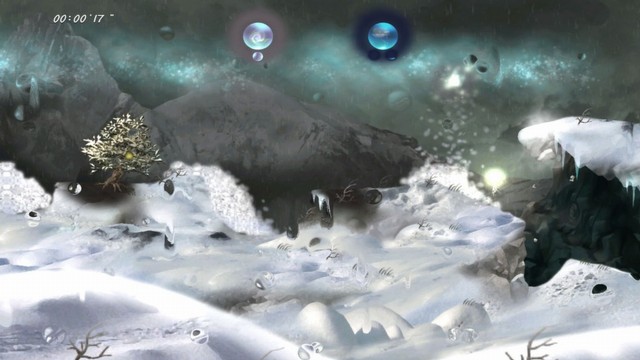