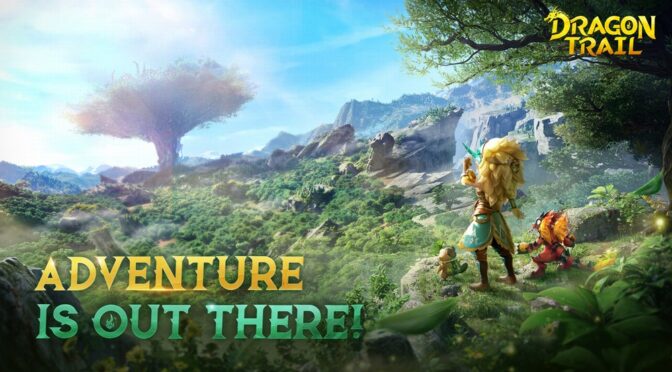 A brand-new CG trailer for mobile MMORPG Dragon Trail has just arrived. The new trailer highlights the beautiful landscape of Star Island in which the game is based as well as a closer look at a few of the creatures that players will encounter on their adventures.

Welcome to Star Island! A diverse island with beautiful, lush forests, home to a diverse population of both humans and fantastical creatures alike. Here players will take on the role of a young tribal boy following in the footsteps of his missing father. His goal is to reveal the prophecy of the Book of Loyat and all the mysteries that it entails while growing and evolving his crew of Star Island pets.

Assemble your squad of powerful dragons and other distinctive creatures such as the Icy Bear or the Fire Wyvern and use them to take out the evil dragons that threaten Star Island’s tribespeople. Form bonds with each pet and soon they’ll be able to evolve into even stronger allies. A mentor-disciple system even allows players to train with an instructor to complete missions and earn currency to collect gear to help the team.

Choose between four different classes of characters: the powerful warrior, the lovely priest, the clever ranger or the sneaky assassin. Each class has their own unique abilities making it so that players can enjoy the game using their favorite playstyle. These different classes allow for players to use different strategies and find what fits them best. Dragon Trail is set to release this year on iOS and Android.