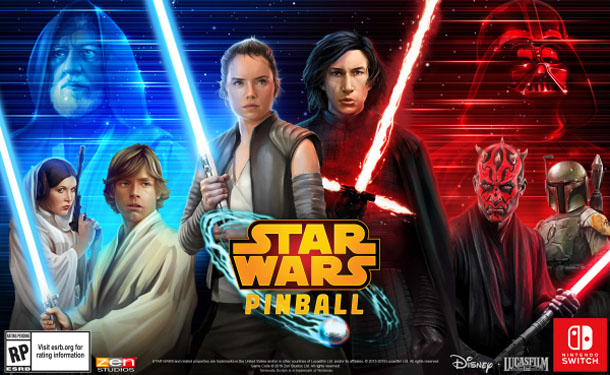 “As soon as we announced Pinball FX3 for Nintendo Switch in 2017, the main question we always received from fans was ‘where’s Star Wars?’,” says Mel Kirk, Vice President of Publishing at Zen Studios. “We’re thrilled to bring the Star Wars Pinball experience to fans who have been eager for its arrival on Nintendo Switch. Combining the amazing Star Wars Pinball collection with the innovative hardware features available on Nintendo Switch provides a really outstanding experience in the home, on the road or anywhere else in the galaxy.”

For more information on Star Wars Pinball and the rest of Zen’s library of digital titles, please visit ZenStudios.com or StarWarsPinball.com.