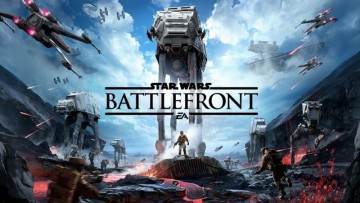 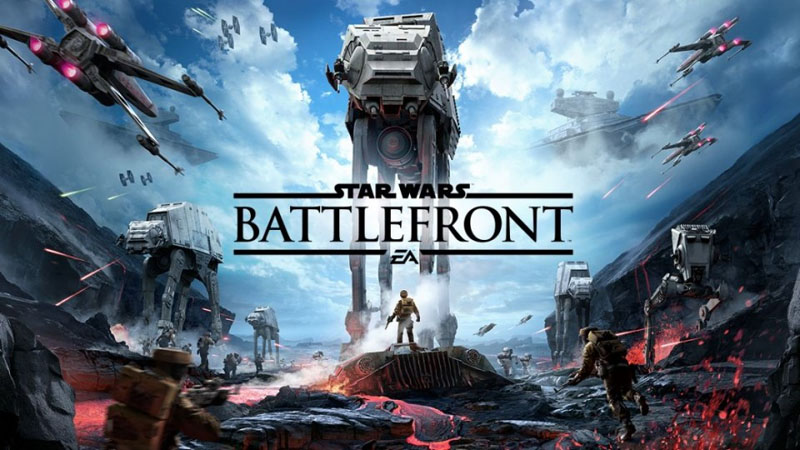 From DICE, an Electronic Arts Inc. studio, and Lucasfilm Ltd. comes the highly anticipated video game, Star Wars™ Battlefront™. Winner of more than 50 awards worldwide including the Best of Show recognition* at E3, gamescom, Eurogamer Expo and Tokyo Game Show, Star Wars Battlefront delivers the epic Star Wars battle fantasies fans have always dreamed of, while allowing them to create all new memories of their own. The game is available today in North America and Asia, and in Europe this Thursday, November 19 on PlayStation®4 computer entertainment system, Xbox One, the all-in-one games and entertainment system from Microsoft, and Origin™ for PC. “Star Wars Battlefront is a game made by Star Wars™ fans for Star Wars fans of all generations,” said Sigurlina Ingvarsdottir, Senior Producer. “Our vision is to give fans a game that is truly authentic to this amazing universe, to allow them to immerse themselves in these worlds with stunning visuals and remarkable sound, and most importantly, to make sure the gameplay is exciting and fun.”

In Star Wars Battlefront, players will live out the battles between the Rebellion and the Empire in the time period of the original Star Wars trilogy. From large-scale multiplayer matches for up to 40 players to exciting Missions that can be played alone offline or with a friend, the game delivers a wide variety of the Star Wars experiences fans have been clamoring for. Drive speeder bikes at breakneck speeds through Endor, crush Rebel scum in an AT-ST or AT-AT, take to the skies in the Millennium Falcon or even become the ultimate boss of a multiplayer match as one of the Star Wars universe’s most iconic Heroes or Villains – Boba Fett, Leia Organa, Luke Skywalker, Darth Vader and more.

“We have given DICE unprecedented access to the original source materials and our creative teams and in turn, they have done an incredible job of capturing the essence and spirit of the original trilogy,” added Ada Duan, Vice President of Digital Business and Franchise Management, Lucasfilm. “With Star Wars Battlefront releasing this November, and Star Wars™: The Force Awakens coming to theaters in just one month, there’s never been a better time to be a Star Wars fan.”

Starting on December 1, 2015, fans that pre-ordered Star Wars Battlefront will be among the first players to experience the Battle of Jakku, the pivotal moment when the New Republic confronted key Imperial holdouts on a remote desert planet. Taking place in the aftermath of the Rebel victory in the Battle of Endor, players will experience the events that created the massive, battle-scarred landscape of Jakku in Star Wars™: The Force Awakens™. All other players will get access to this content, for free**, on December 8, 2015.

Ring of Pain Now Available for PC, Mac, and the Nintendo Switch

JUST DANCE® 2021 WILL LAUNCH ON PLAYSTATION®5 AND XBOX SERIES X|S ON NOVEMBER 24
Be the first to comment!
Leave a reply »

1
765
The Walking Dead: Saints & Sinners Review – Oculus Quest
2
706
Synth Riders Celebrates Anniversary with a Month Full of Treats and an Oculus Ques...
3
704
Worm Jazz Review – PC
4
704
Take to the Skies and Choose a Side in the New Trailer for Next Generation Air Com...
5
704
CRASH BANDICOOT 4: IT’S ABOUT TIME IS AVAILABLE NOW
6
704
Join the Galaxy’s Finest as Star Wars™: Squadrons Soars Into Homes Today
7
704
The Falconeer First-Look Preview – PC
8
704
Metamorphosis is 33% Off on Steam!
9
704
Werewolf: The Apocalypse – Heart of the Forest launches on October the 13th
10
703
Frictional Games Shows Off First Gameplay Footage of Amnesia: Rebirth
All Original Content on Game Chronicles is Copyright (c) 2002-2020
Sinjin Solves Walkthroughs Copyright (c) 1996-2020 by Mark Smith