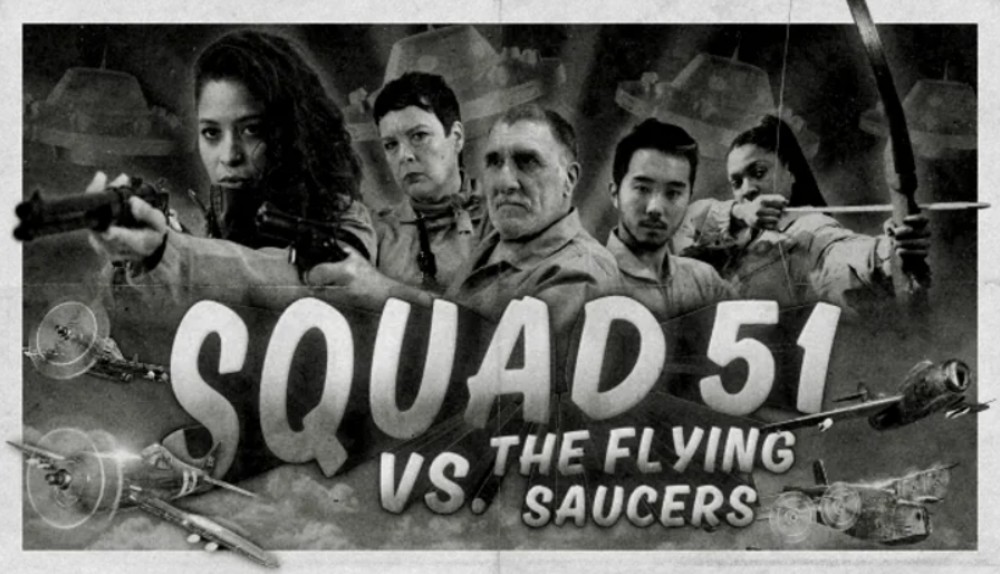 I don’t necessarily need a story or even cutscenes when I settle down to play a bullet-hell arcade shooter, but if you are going to include one with your game then Squad 51 vs. the Flying Saucers just set the bar impossible high.  Combining the difficulty of Ikaruga with the cinematic brilliance of 1950’s sci-fi movies, Squad 51 blends traditional 2D gameplay set inside photorealistic 3D environments presented in a vintage black and white style for both the gameplay and the insanely cool live-action videos that propel the story between missions.

Take all your favorite Saturday afternoon sci-fi flicks and combine them with a few seasons of MST3K and you’ll immediately recognize the vibe the developers were going for.  The story videos are expertly produced and provide a suitable reward for completing each level, which is no easy task because Squad 51 is brutally difficult.  You’ll get to fight off waves of alien invaders using four different aircraft, each with unique weapons you can customize. 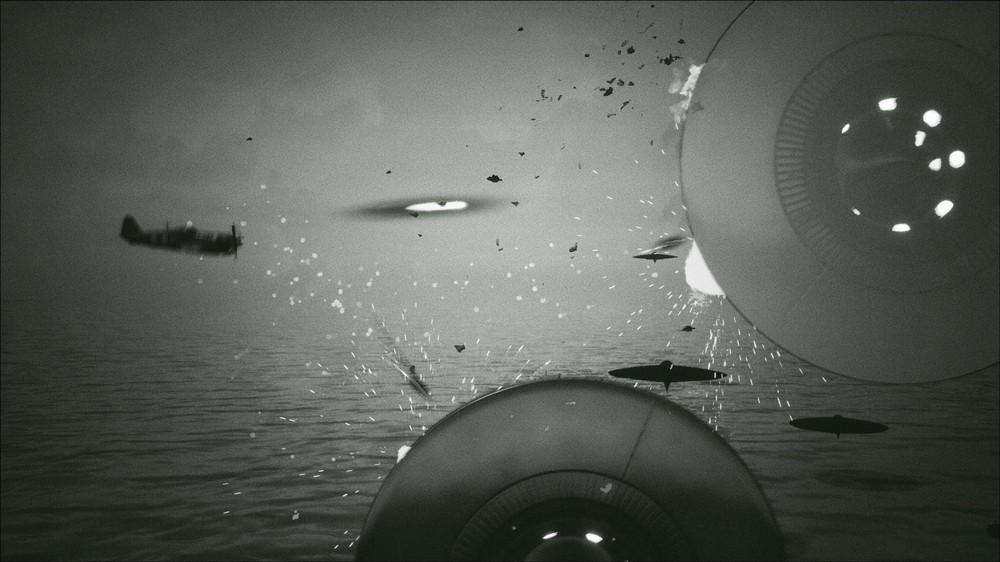 The game has a unique dynamic difficulty, which basically means that everyone can enjoy the game, even if you suck.  You can also choose to play in Normal mode or in the endless looping Resistance mode where the difficulty ramps up with each game loop. As with most games of this genre a lot depends on trial and error, learning the enemy locations and firing patterns while trying to figure out the best mix of weapons to get you through the firestorm.  If things prove too tasking for one pilot a second player can pop into the game at any time and join the fracas, including cool cooperative elements you can only unlock with a friend.

Squad 51 vs. the Flying Saucers is surprisingly lengthy for a SHMUP with 11 unique levels taking you across a variety of landscapes and scenery, all loaded with countless UFO’s and the occasional boss fight.  Your performance is ranked at the end of each level with a score and star rating, and for observant pilots you can find three collectibles in each stage.  Earning high scores will unlock new weapons, abilities, and upgrades that can be slotted into your ship prior to each mission.  Controls were flawless using my Xbox controller, offering responsive movement and fast firing options.  I particularly enjoyed the on-screen blips that would indicate where off-screen enemies were about to appear.  You could even fire at the blips and often destroy ships before they even appeared.  There is even an auto-fire option where your aircraft just fires endlessly without you even using a button. 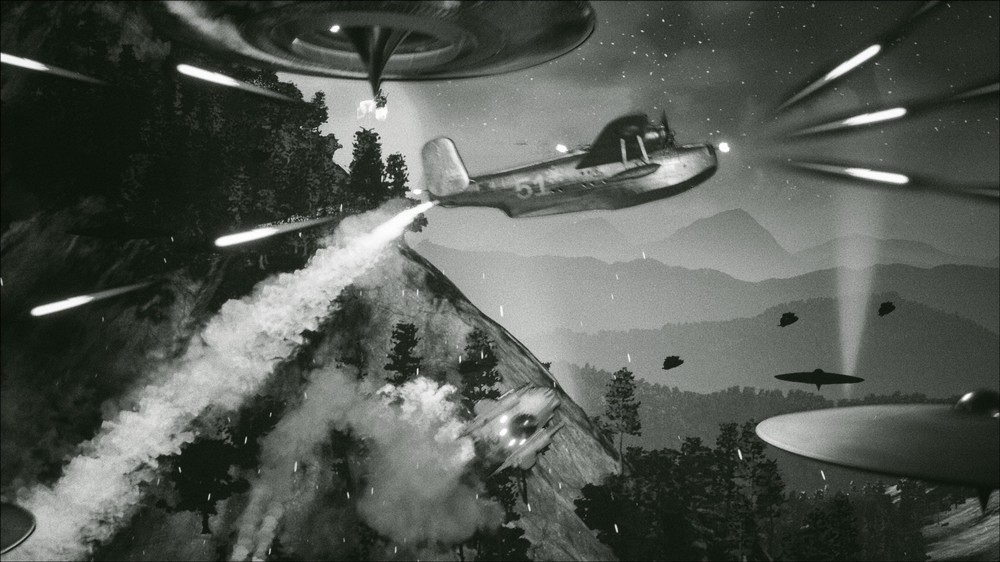 Those wanting to showcase their latest graphics cards might grumble at the 1080p max resolution option.  I know playing on my 85” even with Sony’s awesome internal upscale processor had things looking a bit fuzzier than I’m used to, but the retro presentation helped take the edge off.  The game looks no worse than watching a 50’s movie on a new TV.  You can scale the playback to either 30fps or 60fps based on your setup.  I was surprised they didn’t offer a cinematic 24fps mode.  Keeping in sync with the vintage video is an era-appropriate soundtrack complete with authentic sound effects from the time and a powerful sci-fi score that energizes the action.

The developers really nailed the 50’s aesthetic, and I eagerly awaited each new stage and accompanying FMV.  The entire game can be finished in 3-4 hours, and there is decent incentive for replay with the endless mode and of course replaying for better scores and ranks, which in turn unlocks more weapons and abilities.  It’s a standard arcade shooter design that works just as well here as it does in the arcades.   Yes, there are dozens of shooters just like this but none with the style that Squad 51 manages to convey.  It’s something I haven’t experienced since Cuphead, and I hope to see more games get more creative in their presentations.    It’s a great way to add some flair to what would otherwise be just another shooter.  Great job by the developers, and I highly recommend to any bullet-hell fan that enjoys retro sci-fi. 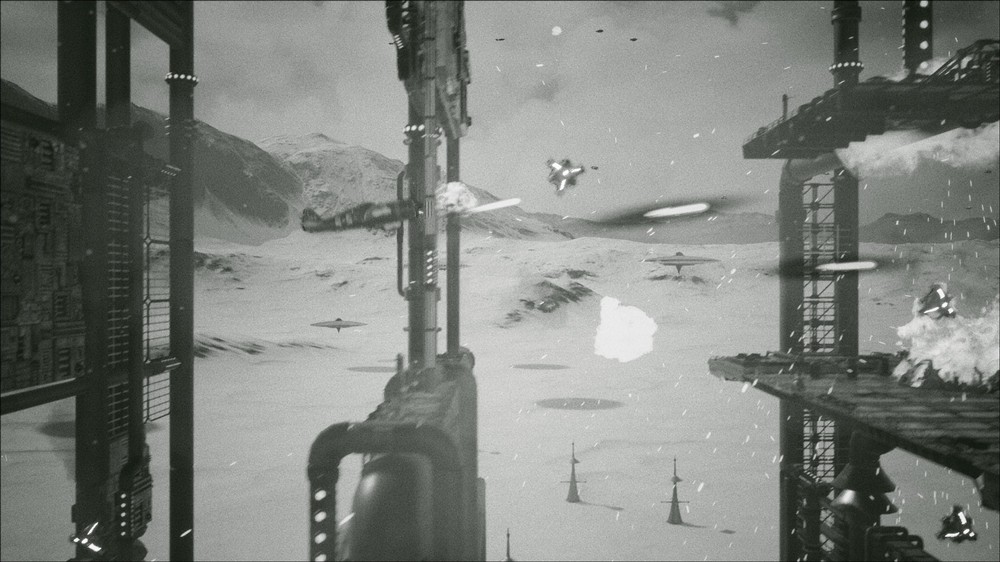 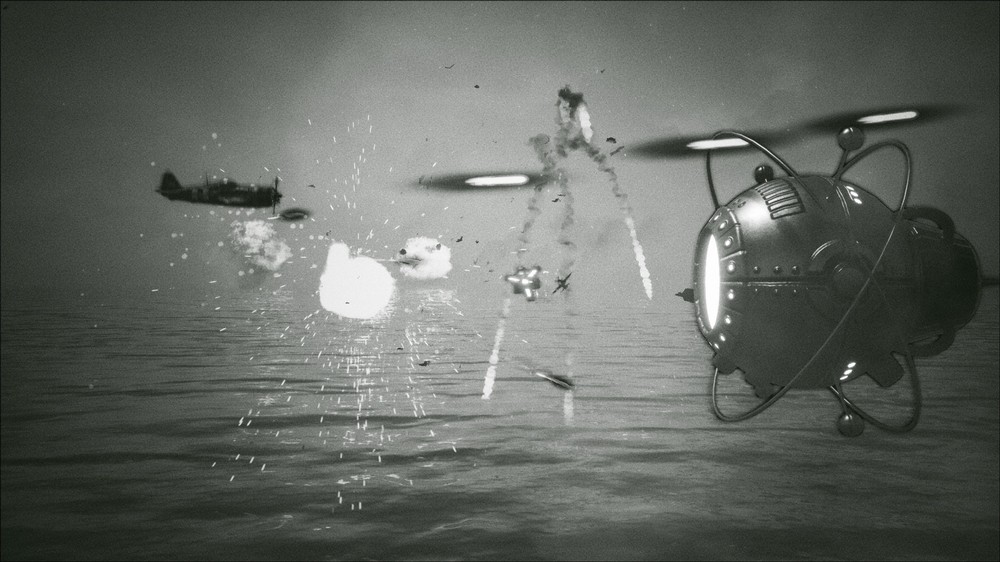 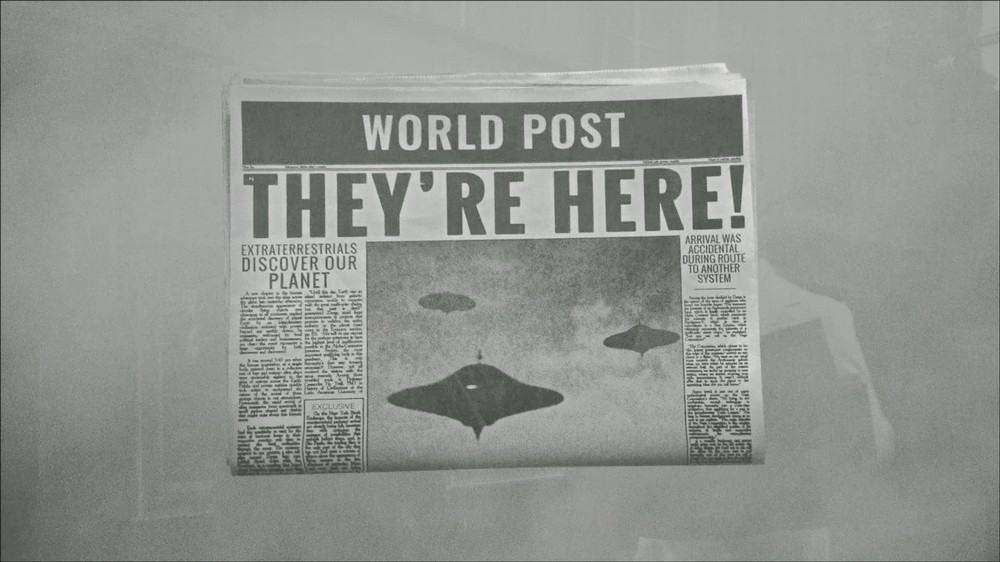 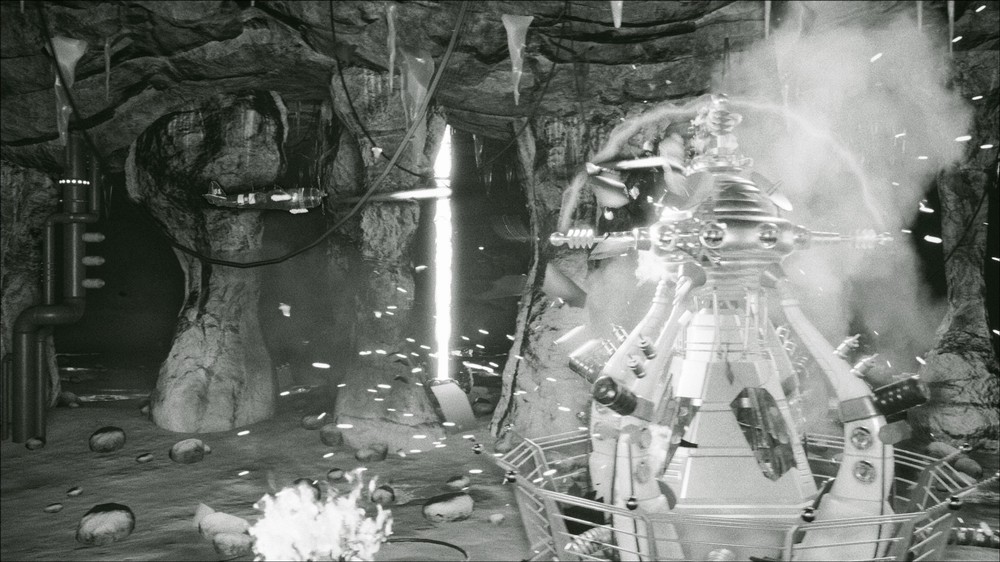 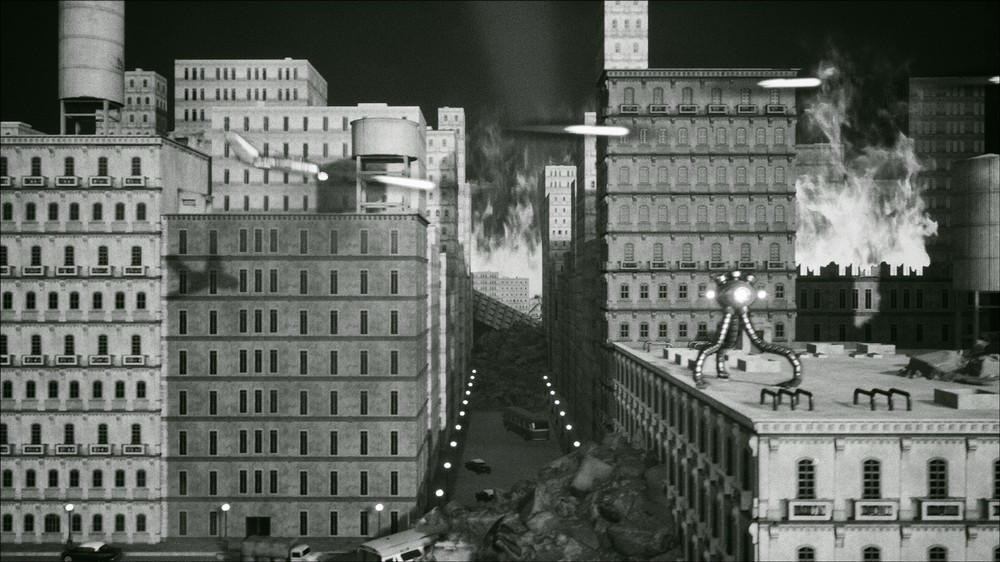