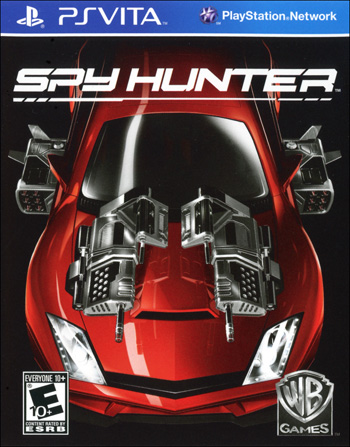 When I heard that Spy Hunter was coming to the PS Vita I immediately had images of the original top-down video game from my high school arcade days.  “Perhaps they will even let me play vertically”, I secretly wished.  Alas, the Spy Hunter I got is pretty far removed from the one I grew up with and has much more in common with the reimagined games that Midway produced back in 2001 and 2002 for the PS2 and original Xbox.

Spy Hunter puts you behind the wheel of the G-6155 Interceptor, the ultimate James Bond gadget car able to break speed records while unleashing all sorts of devastating firepower such as machine guns, missiles, flamethrowers, shotguns, mines and more.   The arsenal is diverse and once you acquire additional weapons beyond the starting four you can pick and choose and assign up to four weapons to the Vita face buttons between levels.   This control scheme works incredibly well and allows you to mix and match your weapons instantly without having to stumble through some awkward menu interface. 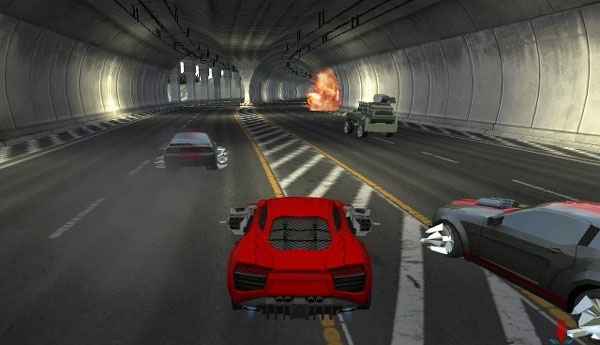 Driving controls work well enough with the analog stick providing smooth steering while the bumpers handle your gas and brakes.  A double-tap on the gas activates a momentary turbo boost useful to catch an enemy or escape a pursuer.   You’ll also need to monitor the “health” of your card.  Powered by six energy cores, these cores will regenerate when not taking damage, but if a core should take full damage it will explode and no longer regenerate.  Think of it as a six-part health bar where each part has an individual recharging shield.

One of the cool moments from the original 80’s game was driving into the back of the truck to resupply your car, and Spy Hunter continues that tradition by having a truck available at certain parts of the mission allowing you to reconfigure your weapons based on changing mission parameters.   While inside the truck you also have access to some new gadgets like a weapons turret to defend the truck and a satellite view allowing you to order airstrikes and fire mortar rounds to clear the road ahead.  This is one of the few times where the touchscreen comes into play, and it works really well. 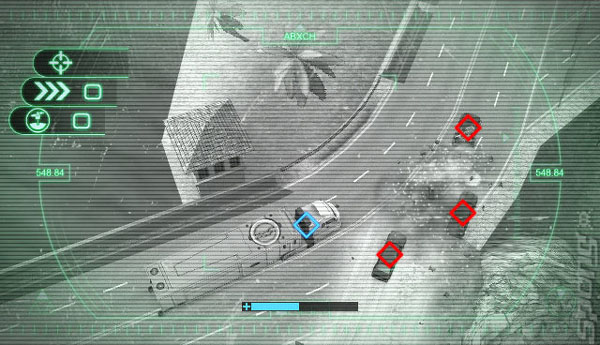 Sadly, the presentation for Spy Hunter is as dated as the license.  The opening movie is laughably bad and the menus and interface screens are totally boring; even primitive.   There is no voice work in the missions and only static drawings for the characters.  Once in the game things get slightly better with car graphics that look good and lots of explosions and effects, but the environments lack the detail and polish that the Vita is capable of delivering.   This honestly looks like a PSP game that was ported over at the last minute.   Sound effects are a droning mix of engine noise interspersed with weapons’ fire and frequent explosions, all set to the non-stop repetitious “Peter Gunn Theme”, or some sort of remix.

Admittedly, the Vita is starving for titles, but that doesn’t mean that we should have to settle for mediocrity such as this.  Spy Hunter would have been an okay game as a $10 online store purchase, but $30 is a bit extreme for a game that can be finished in 4-5 hours, especially when you will have seen all of what this game has to offer in the first hour. 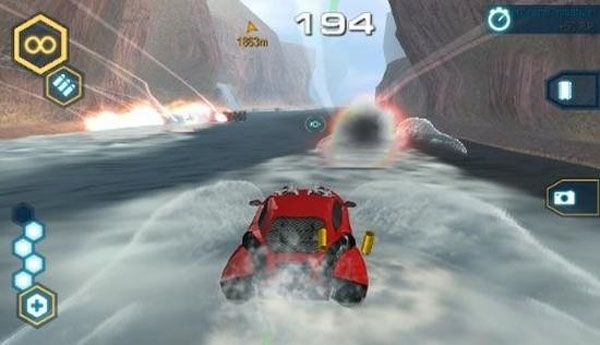 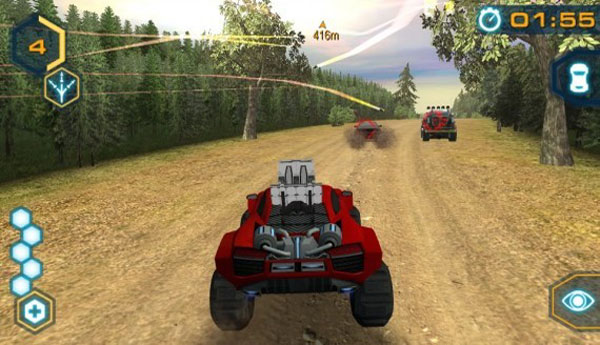 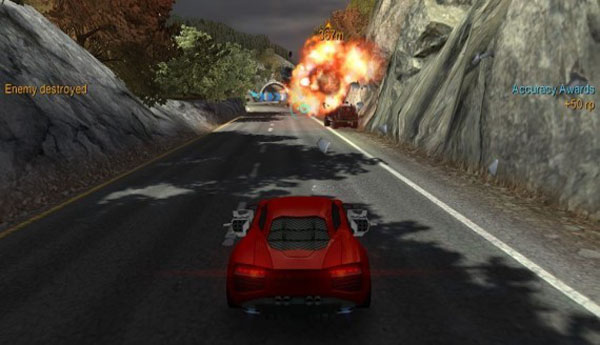 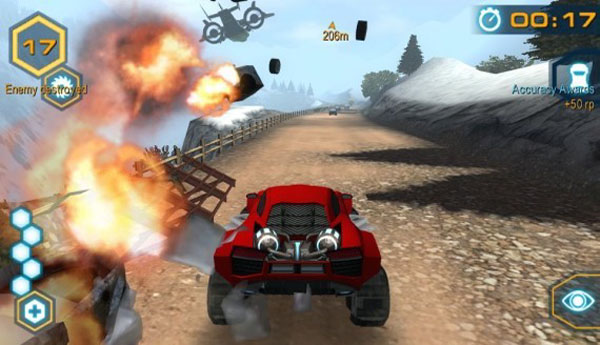