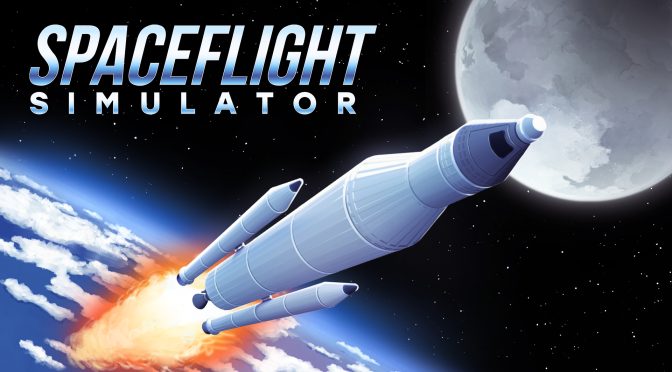 Spaceflight Simulator, a game with real-life physics where astronauts and engineers build their own rockets and explore the universe developed by Stefo Mai Morojna, initiates a space race on Steam Early Access for PC on Tuesday, Jan. 25. More than 20 million rocket technicians have escaped gravity’s pull via the App Store and Google Play, and a Nintendo Switch version will release in tandem with the 1.0 release on Steam later in 2022.

Put together a space program from scratch to explore the solar system and reach the vast unknown. Build finely crafted rockets from essential parts, including propulsion systems, fairings, capsules, and more, and aim for the stars. Scientifically accurate rocket physics paves the way for realistic flight sequences, where it will take more than one attempt to get the first rocket in orbit.

Land on planets in a solar system realistically sized to simulate the grand scale of celestial objects, with accurate terrains, climates, and gravity pulls for a true-to-life experience. Aspiring astronomers can oversee a maiden voyage to the Earth’s Moon before taking off to Mars, Mercury, and beyond.

Android and iOS players have sent a combined 300 million rockets to space, and more than 30,000 are part of an active and helpful Discord server to help new rocketeers get their bearings. Included with the Steam Early Access launch is the Parts, Skins, Planets and Bundle DLC. Already available as a paid DLC for mobile, the content update allows explorers to survey Jupiter and its four moons right off the bat alongside new parts for rocket-building and exclusive ship skins for the PC version.

“I’m very happy and excited to see Spaceflight Simulator taking shape on Steam Early Access,” said Stefo Mai Morojna, lead developer. “More space enthusiasts can start their own rocket programs, fail over and over, and finally reach the stars! And with the release on Nintendo Switch coinciding with the 1.0 PC launch, we’ll see more aspiring rocketeers than ever before.”