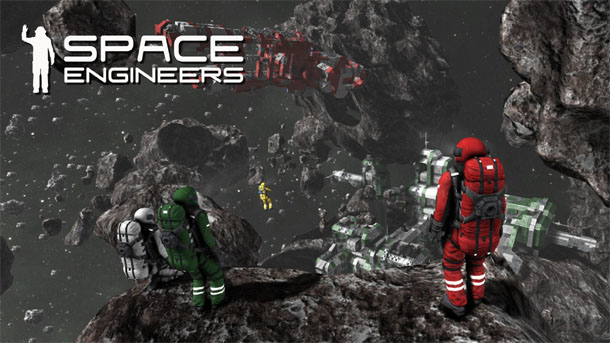 I am a DayZ fan and keep up with a lot of what its creator, Dean “Rocket” Hall, talks about. Over the course of the last year or so, he has recommended several games that I have then gone on and enjoyed myself. What can I say? I’m a fanboy. Among the titles I have played based on the recommendation of Mr. Hall: Project Zomboid, Space Station 13, Rust, and, most recently, Space Engineers.

I knew very little about Space Engineers prior to booting it up the first time. I knew it was basically “Minecraft in space”, though that analogy doesn’t really help me out all that much for having never played Minecraft. But, I don’t live in a hole, so I understood the gist of what that meant.

My first steps in the world of Space Engineers were filled with a sense of overwhelming confusion and uncertainty. First thing I did was open up a single player world. I found myself on a platform surrounded by several things of which I had no idea their function. A huge red ship loomed somewhat invitingly in front of me and three other smaller ships of varying design and function floated behind me. Off to my right was a huge-ish asteroid that my platform was moored to.

“I guess I’m supposed to build stuff here,” I thought. So I started placing a couple of blocks at random, with no purpose or direction. I stopped, though, because I had no idea what I was going to do. The possibilities, I know, are endless, but I had no frame of reference. No idea what I should be doing. 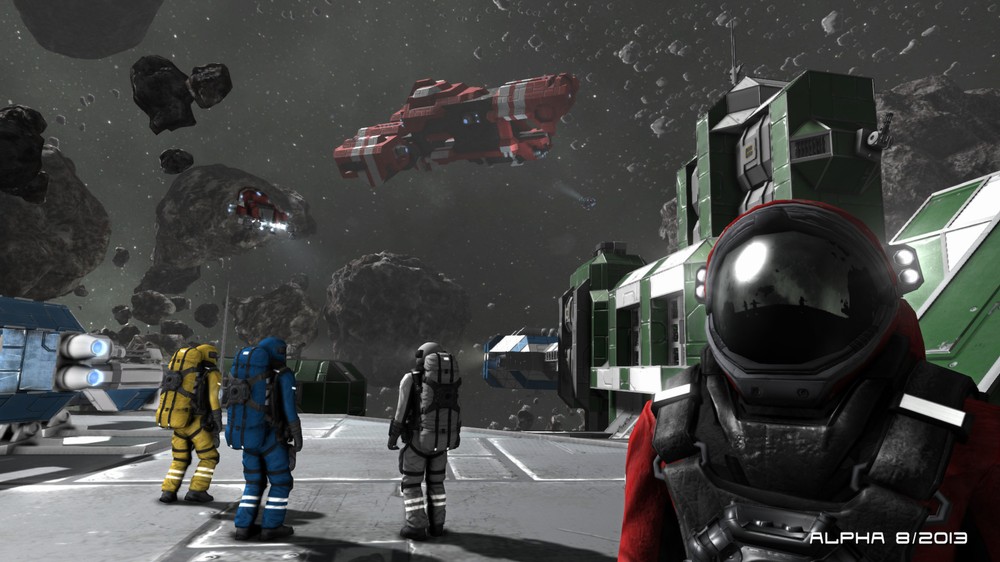 Then, I started scanning the multiplayer servers. I figured, maybe if I join a server and play with a few other people, they can guide me in the right direction. Maybe I can just be a helping hand and jump in on someone else’s project.

So, I found a server that had about 17 out of a maximum of 30 players and a decent enough ping. I jumped in. Many of the servers had sets of mods that were used, but the game integrates mods very seamlessly and downloads whatever you need prior to joining that particular server, which is very nice. The downside is that the initial time you log onto a server, it may take some time.

I spawned in to the server. I was given the option to spawn in one of about 5 different craft. I chose the first “Respawn Ship” from the list and found that it placed me out in the middle of deep space, about 60,000m from the nearest marked sector.

I throttled up to the maximum speed, turned off inertial dampening, and began my long journey toward the distant asteroids. Meanwhile, I started looking up some basic beginner guides and chatting with the other people on the server asking if there was anything I could do to help once I reached my designated target.

There was some disturbance on the chat about another player ramming his own respawn craft into one of the other players. He claimed to not know how to slow down. I really hoped that I wouldn’t be that guy. 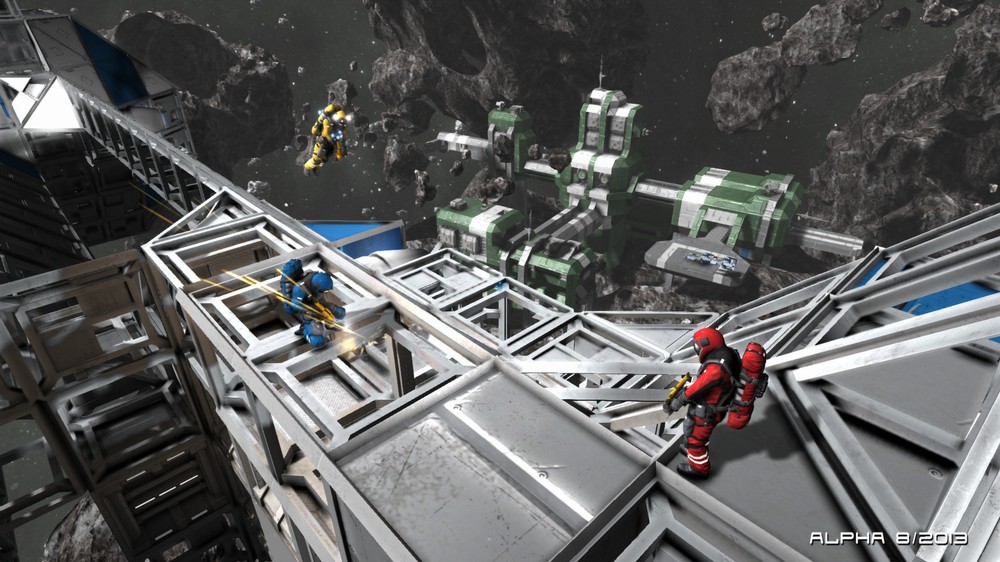 I didn’t ram into any other players, but I did ram into the asteroid after flying for about 10 minutes. Slowing down in space takes a while. Especially when you forget to turn your inertial dampening system back on.

So, there I was, floating on a barren space rock, trying to get my bearings and figure out what I could do to help, when I see another player floating up behind me with a drill. He then proceeded to drill me to death.

I asked him on chat why he did that and his response was, “welcome to the jungle”.

I had gone into the game a little naïve, apparently. I thought it would be a group effort to build something in space. But apparently, it’s more like some of the other games that I play, like DayZ or Rust. At least, on that particular server.

So, I went back to single player and decided to start learning how to function in the world by myself for a little bit before I jumped back online and started trying to survive the harshness of deep space. And other people.

After familiarizing myself with the basics of gameplay a little more, I will say that my second foray into the online mode was much more interesting and much less frustrating. I met a few other engineers who were mining an asteroid and I just kind of hung out and watched for a bit, asking if I could help them in any way, but since I wasn’t a trusted member of their faction, they kind of kept a wary eye on me the entire time, which was still kind of cool. 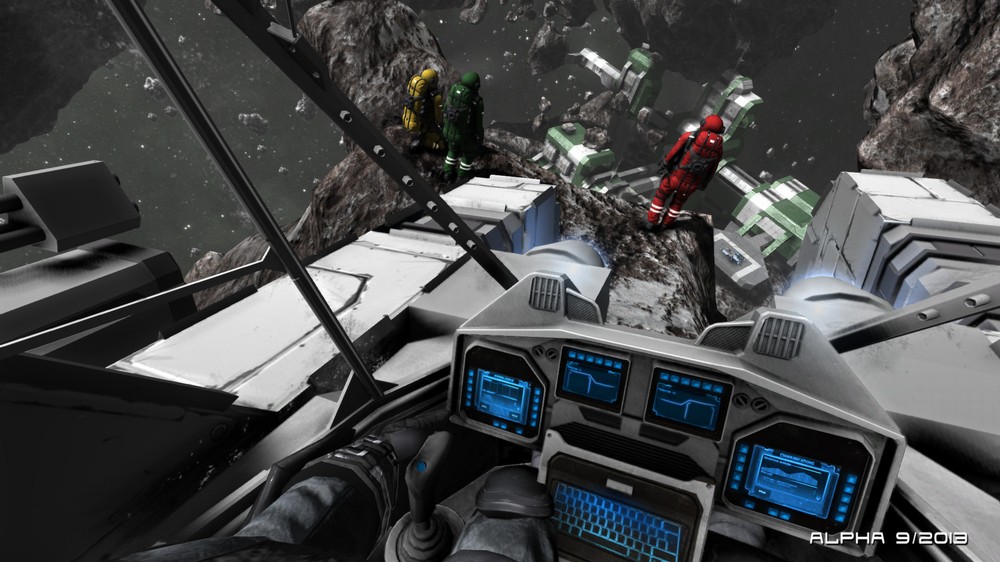 I was wrong when I compared it to the “sandboxes” of DayZ or Rust. These games are games that exist in a fairly well-defined world with well-defined rules, even if among those rules are “there are no rules”. But everyone playing is basically going toward the same goal, which is survival. Space Engineers is more of a sandbox than these. More freeform. You can decide all you want to do is find an asteroid of your own and build a base by yourself, or a ship, or something completely different that I haven’t even fathomed. Or, you can build that ship, arm it to the teeth, and go out hunting other players, or destroying their creations.

People have built just about every space-related iconic ship or structure that you can imagine. The Steam Workshop is littered with such mind-bogglingly complex constructions as a full-scale Galaxy Class Vessel (i.e. the Enterprise), many of the recognizable Star Wars ships, even the massive Battlecruiser from the Halo series. All of these, then, are available for download so that you can place them into your own game, have fun with them, or even change them to your own liking.

The phrase “the sky is the limit” is meaningless with this game. Really, it seems that the only limit with what you can create and what you can do is your own creative imagination and your willingness to turn whatever you imagine into a reality. 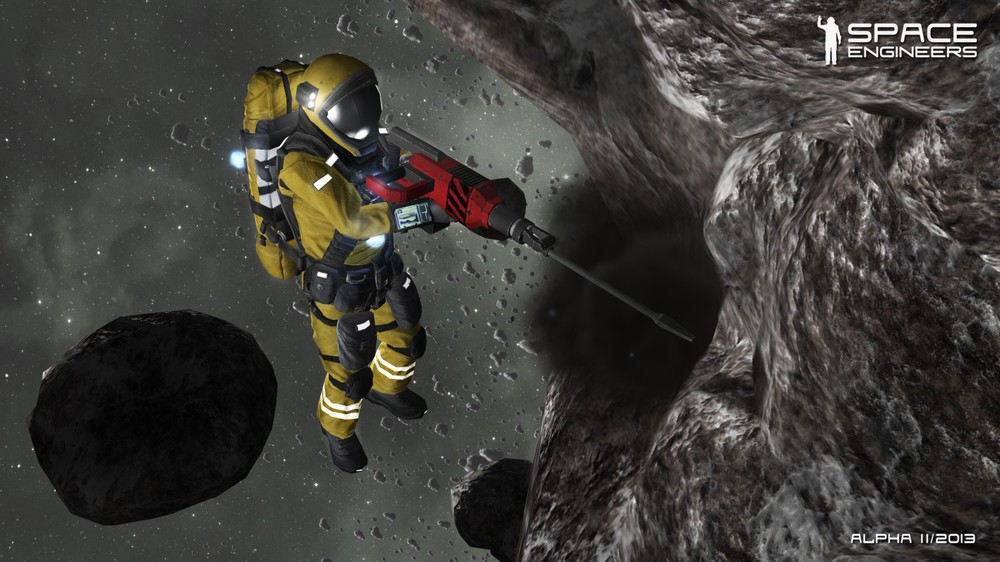 Also, for a voxel-based building game, where the blockiness and pixilation of Minecraft is the gold standard, this game manages to blend the voxel mechanics and a really detailed, beautiful environment. I was pleasantly surprised with how good the game looks and feels. They also managed to convey the weightlessness of deep space. You can build gravity generators that will give you an artificial “down” to whatever you’re building, but if you are outside of that generator’s area of influence, you will float indefinitely in one direction unless you apply thrusters or engage your inertial dampening systems.

Even the sound is very well done, which is hard for a game that is focusing on trying to be a fairly authentic space-based simulation. There is an emptiness to the sounds, but it works. It makes you feel like you’re really out there, floating around some asteroids, mining for ores so that you can continue building your very own Death Star. There is also a really ambient soundtrack that fits very well into the game.

I feel like I have scratched the surface of Space Engineers, but I also feel like there is so very much that I don’t yet know about it. I am highly impressed with how seemingly feature complete and well-polished this game is for being an Early Access title. I have high hopes that this will be quite an amazing game once it is fully finished, as it already is quite a refreshing jaunt into the realm of open, sandbox-style gameplay. 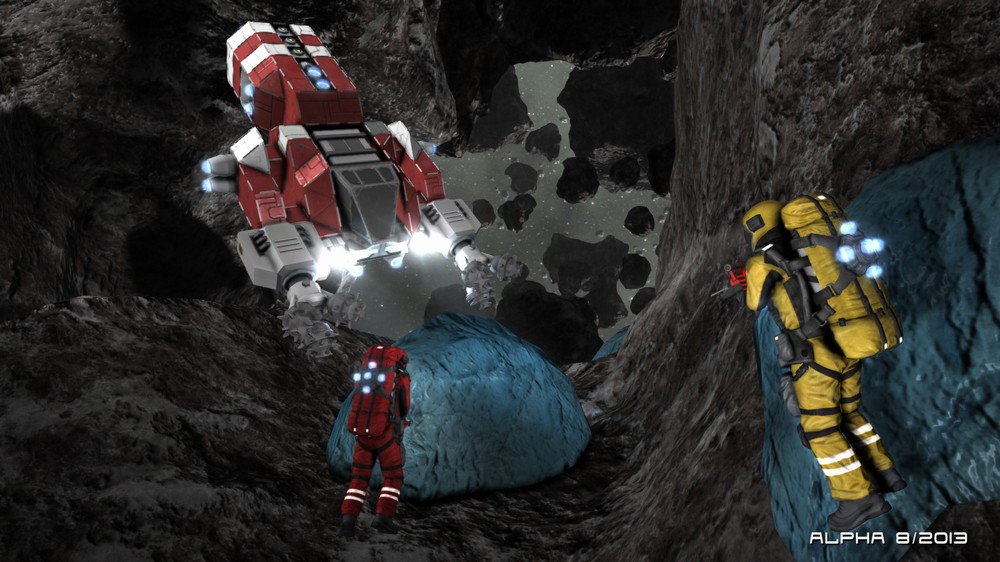 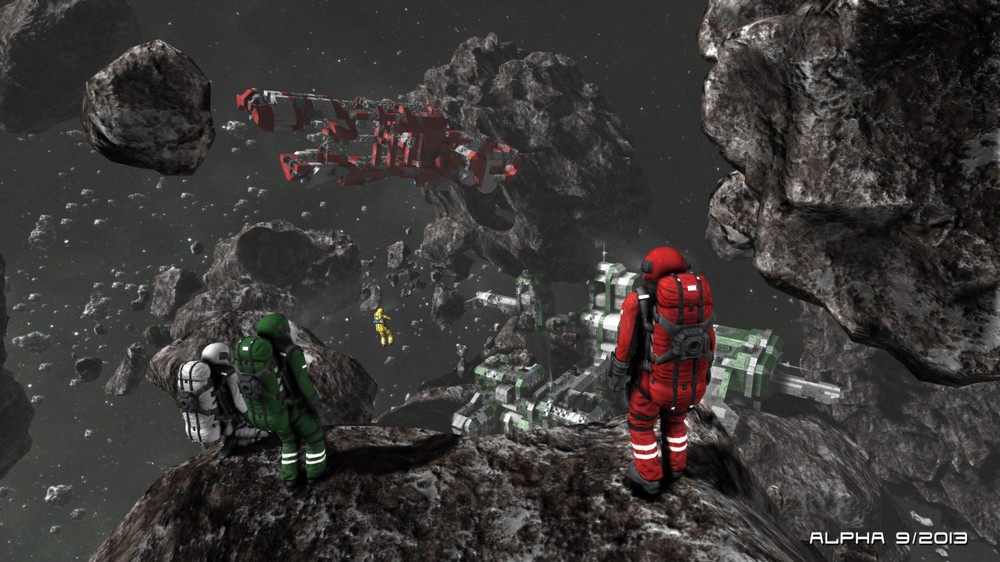 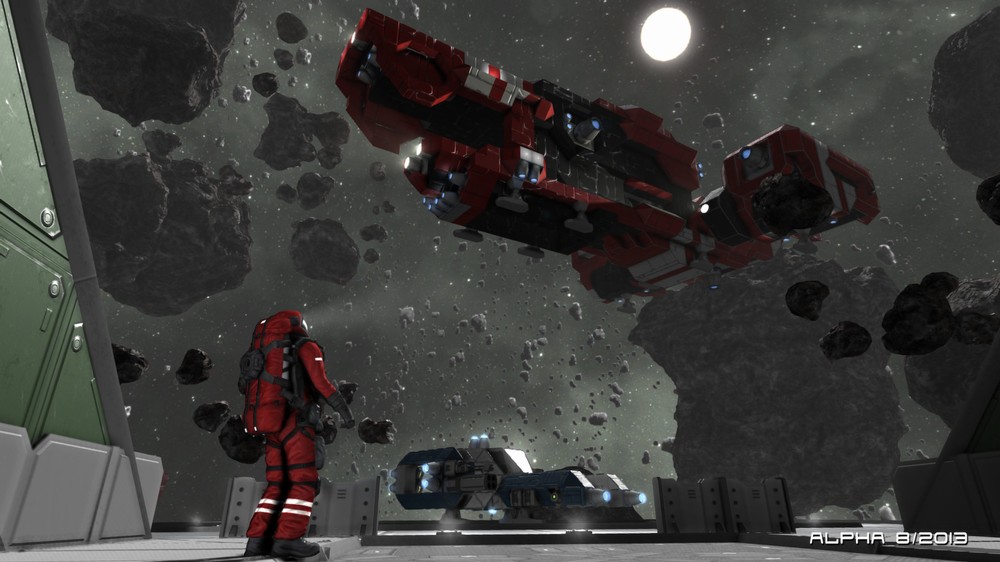 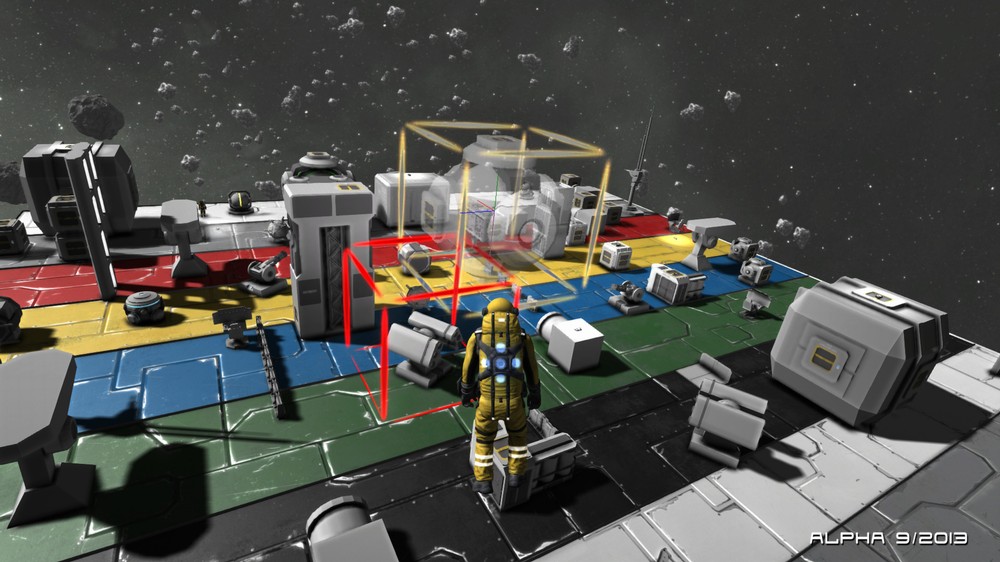 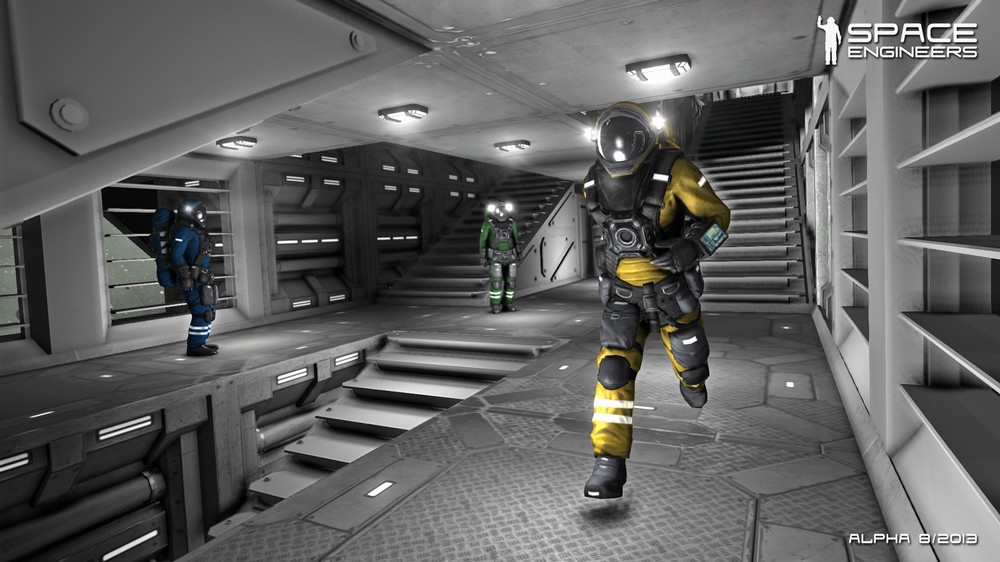 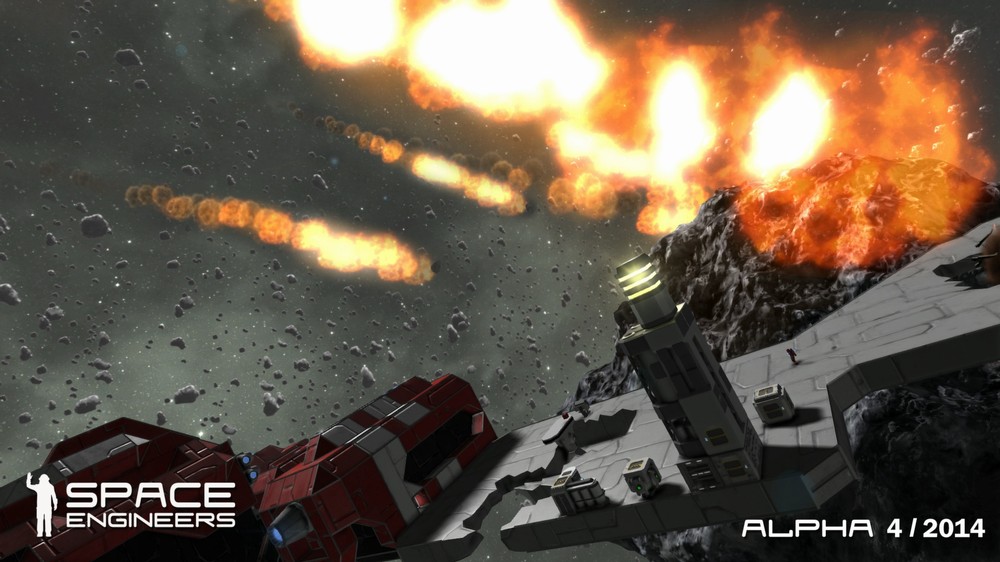