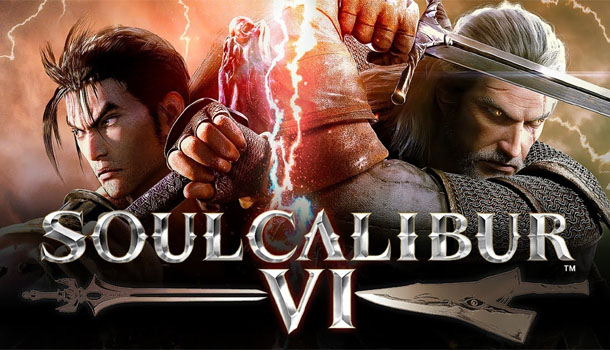 I’ve been playing Soulcalibur games for nearly two decades now; ever since the original game debuted on the SEGA Dreamcast in 1999.  Since then we’ve had numerous sequels on a variety of game systems often with special guest appearances from various licensed characters from games and movies like Star Wars, Assassin’s Creed, Tekken, Zelda, and Spawn.  Usually spaced years apart, each new installment in the series was always something to look forward to, and with six years separating this latest release from the previous I had reasonably high expectations.  After all, this was going to be the first Soulcalibur game on a next-gen platform.

Interestingly enough, Bandai Namco decided to reset the clock on their aging franchise, turning Soulcalibur VI into more of a reboot of that Dreamcast classic that kicked everything off back in 1999.  This latest installment does add a few new features to the classic formula while maintaining a modest design aesthetic that favors fluid 60fps fight moves and smooth animation versus super-flashy or photorealistic graphics. 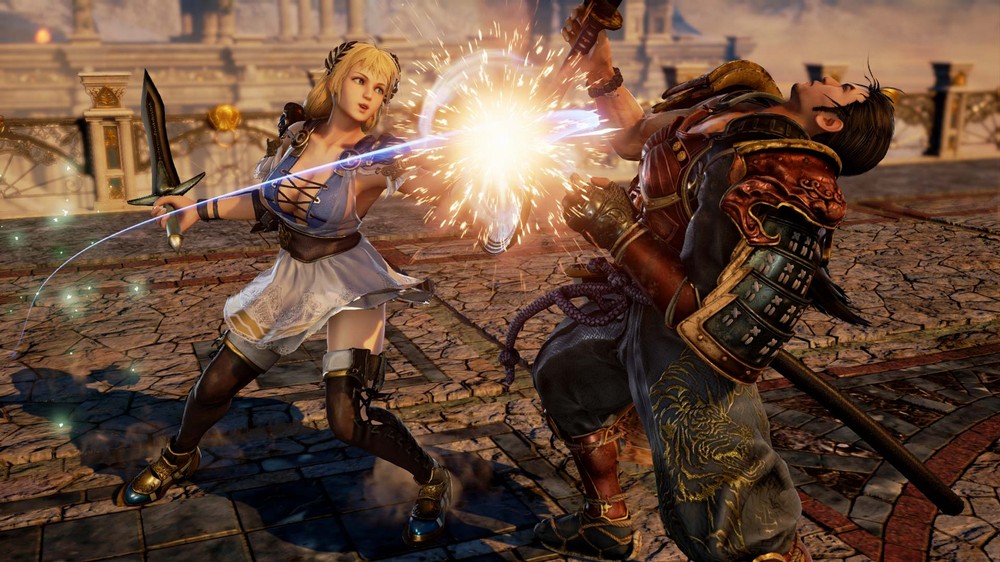 There are more than 20 fighters spread across the fight roster that include built-in fighters as well as guest and DLC characters.  Geralt from the Witcher franchise makes his debut guest appearance in Soulcalibur VI along with numerous others that can be purchased separated or bundled in the Season Pass.  I did find it mildly annoying that one of my favorite characters, Tira, who was normally part of the core cast, was now being sold separately.

Before you can even get started there are two separate legal documents that you must agree to, but only after scrolling through reams of digital documents.  While I supposed I don’t mind the additional 30 seconds to do all this it’s ludicrous to think that anyone is actually reading these documents let alone declining them.  Once I had dismissed my legal team I eagerly dove right into the game to see how much of a fresh twist had been given to a 20 year old game. 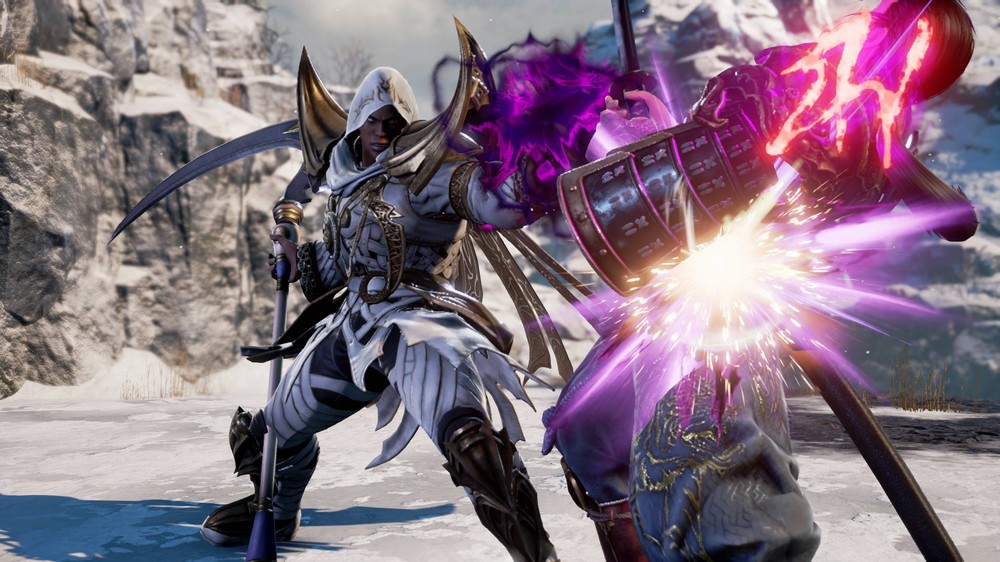 From the main menu you have several choices; Mission, Story, Creation, and Battle.  Libra of Soul is the single-player mode that allows you to create your own custom character by choosing the fighting style of an existing character, then slowly exploring a large map, engaging in fights, and leveling up.  There is a lot of backstory in this mode; all of it presented in pages and pages of text that you’ll likely stop reading a few minutes into the game simply because it’s boring.  There are a few interesting moments and cool quests, but it’s mostly a lengthy series of fights in a slog you’ll complete only for the trophy.  At least the fights are plentiful and fun with enough variety to keep things interesting and even a bit challenging.

Soul Chronicle is the other story mode that tells individual character stories all wrapped into one massive narrative.  This multi-chapter quest can take several hours to complete but most of it will be spent reading story panels with character art pop-ups or reading text of static wallpaper art.  The gameplay to presentation ratio is skewed to the point where during the first 24 minutes of the game I actually played for two of those minutes.  On average, chapters had 5-7 minutes of cutscenes before you get to fight for 20-40 seconds. The entire story is 20 chapters; seven of them with no fights.  It took 135 minutes to complete the entire story with actual gameplay/fighting taking up 20-30 minutes of that time.  Thankfully you can skip the story pages with rapid button presses on future replays…or even the first if you get bored.

For those just wanting to fight you still have your battle mode for one or two players to pick a fighter and simply fight.  There is also the standard online content for casual and ranked play as well as leaderboards.  Matchmaking seemed to work well, putting me up against players within my skill bracket, and the net code provided for smooth gameplay in most cases provided everyone has a reasonably good ping. 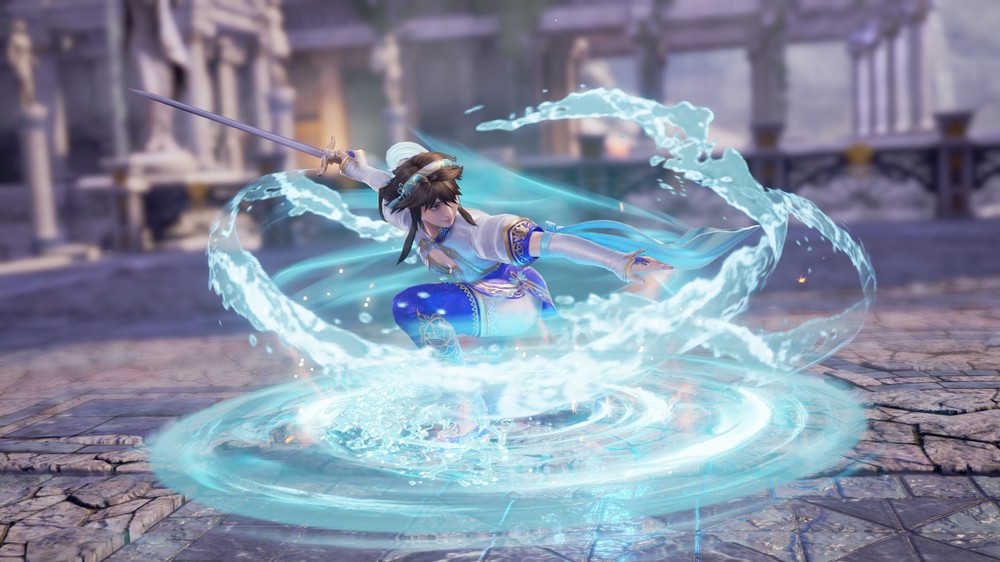 Soulcalibur VI not only takes the series back to its roots in story, the controls are refreshingly responsive thanks to the locked 60fps.  This prime directive means that the game will dynamically scale back on whatever it must to maintain that flawless framerate providing you with instant feedback to your button presses.  All of the classic low/high kick and punches are back along with character-specific weapon combat and this new Reversal Edge move that creates some unique attack/parry strategic moments.  A standalone tutorial will refresh your memory on the core moves and introduce you to the new and modified ones like the precision timing for guard moves and the new Soul Charge.  As always, there is a global learning curve as well as learning the specifics for each character.

While Soulcalibur VI isn’t a flashy as some of the competition it does remain rooted in the visual style from past games.  The background paintings are gorgeous with this cool canvas texture to them, and the 2D character portraits were also nice with two or three facial expressions that would try to match the emotion of the script.  The 3D character art is gorgeous and loaded with textures and wardrobe details combined with great animations that all flow together seamlessly.  The fights take place on a variety of visually compelling arenas, also loaded with background detail.  The levels are 3D allowing you to move freely while the camera tracks to maintain that sideview perspective.  My only minor complaint with the graphics is just how overpowering the special effects can get.  Every parry, deflection, or combat strike seems to be enhanced with this crazy lightshow of lightning, swirls of color, or some other techno lightshow that can often detract from the purity of the combat., while the freeze frames and constant replays can break your fight momentum. 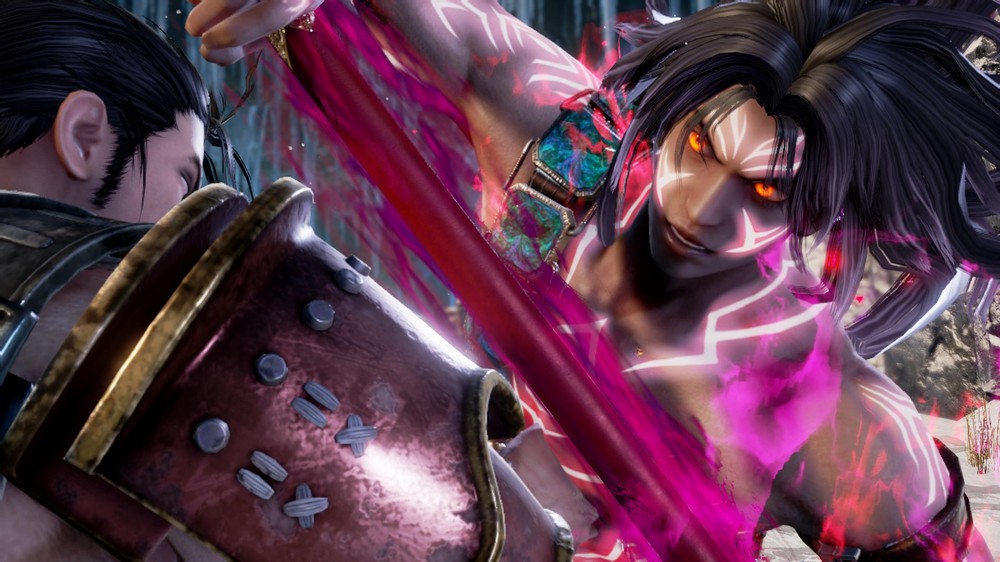 The voice acting is really good for nearly all the characters and the main narrator.  Sound effects are spot on to match the thrill and intensity of the combat and the soundtrack can only be described as epic, although the song from The Witcher 3 steals the show.  This is certainly a soundtrack I would listen to outside the game.

Soulcalibur VI is a fantastic reboot of a timeless classic.  I think the last time I played the original Soulcalibur was in 2008 when it was released for the Xbox Live Arcade.  Now, another ten years have passed and once again Soulcalibur VI proves this series is just as good today as it was two decades ago.  There is a lot of quality gameplay and countless hours of challenging and fun fighting ahead, even if you do have to wade through a lot of verbose storytelling.  It’s also a shame that so much core content is being packaged into the DLC.  For these reasons you may want to wait for a sale or some bundled offer, but all true fighting fans must eventually play Soulcalibur VI. 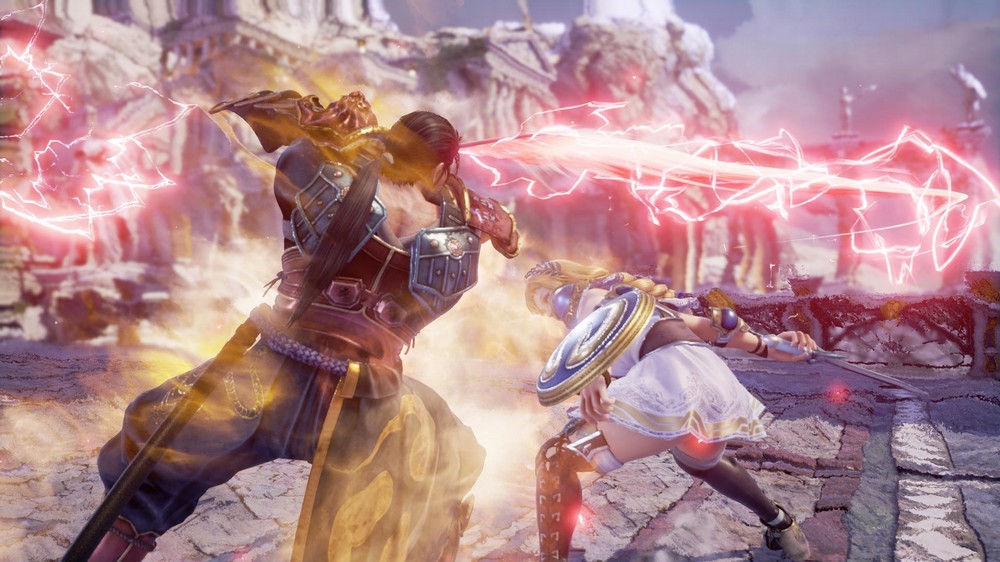 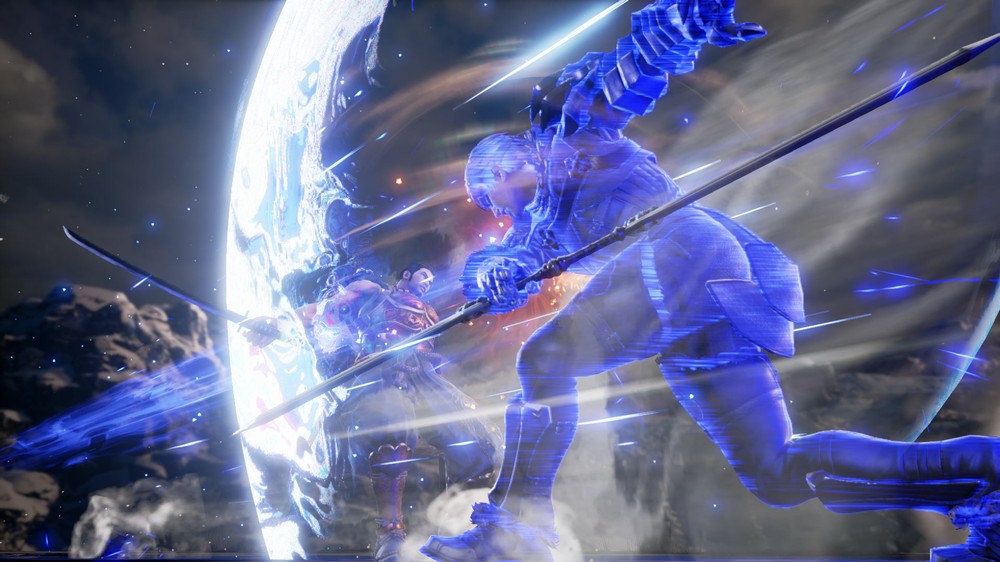