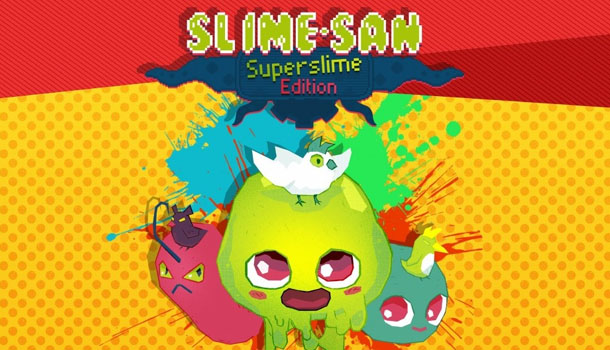 They always say not to judge a book by its cover, and Slime-san is the perfect example of why you shouldn’t.  At first glance it’s Gameboy-era visuals and single-screen level-based gameplay had me thinking that Slime-san was little more than a class project for a Game Design 101 class from the local community college that would allow me a quick and simple review.  But after just a few levels of its high intensity gameplay, it quickly became apparent that Slime-san is one of those unique gems that hides a wealth of innovative and enjoyable gameplay deep within its kitschy, lo-fi presentation.

What, or who, is Slime-san?  Well, he’s a glob of goo that has been swallowed by a giant worm and must puzzle his way through said worm’s digestive system in a race against rapidly approaching flood of stomach acid.  Sounds weird, and maybe a little gross, right? Yes, Slime-san; Super Slime Edition is definitely conceptually weird (and gross), but the rapid-fire, white-knuckle, twitch-based gameplay quickly takes its hold on the gamer and doesn’t let go for the entirety of its 10-plus hours. Yes, I said that right; 10-plus hours – even though Slime-san looks and plays like a simplistic indie platformer, its 100-plus levels and side missions offer a very deep and lengthy gameplay value for its $15 MSRP. 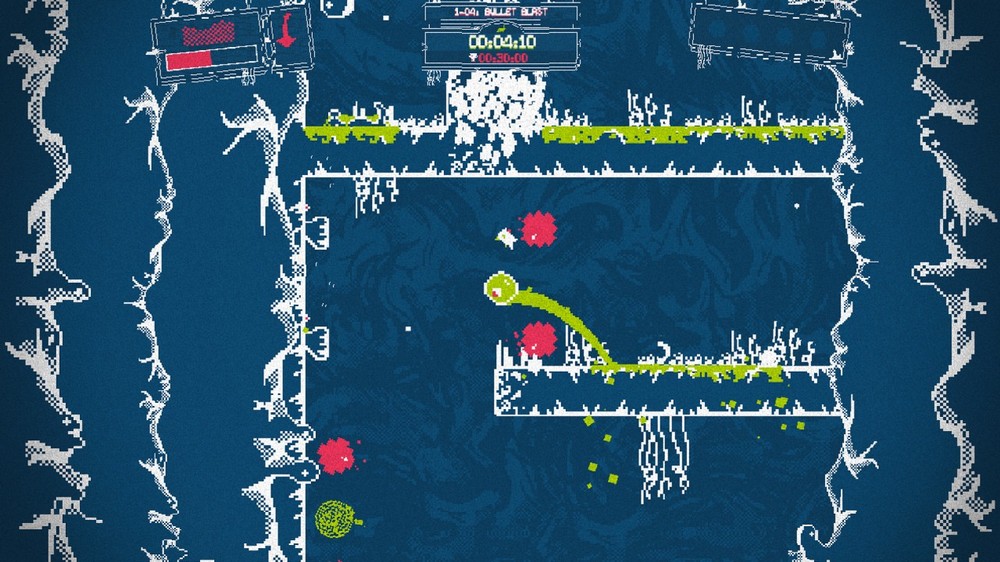 Each level consists of four separate screens, each of which is basically a race from the start line to finish line before the timer runs out and the stomach acid engulfs our globular hero.  Each screen has vertical and horizontal surfaces that Slime-san must precariously navigate based upon their color – white is good (neutral), red is bad (danger), and green…well green is goo that Slime-san can slither through.

Each level poses a variety of obstacles that require creative jumping and dashing combos that allow Slime-san to avoid pitfalls, wall-jump over obstacles, or otherwise avoid danger.  The nature of the “puzzles” in this “platform puzzler” is simply figuring out what combination of moves, on which combination of surfaces, will most quickly navigate our gooey friend through this game of gastronomical parkour. 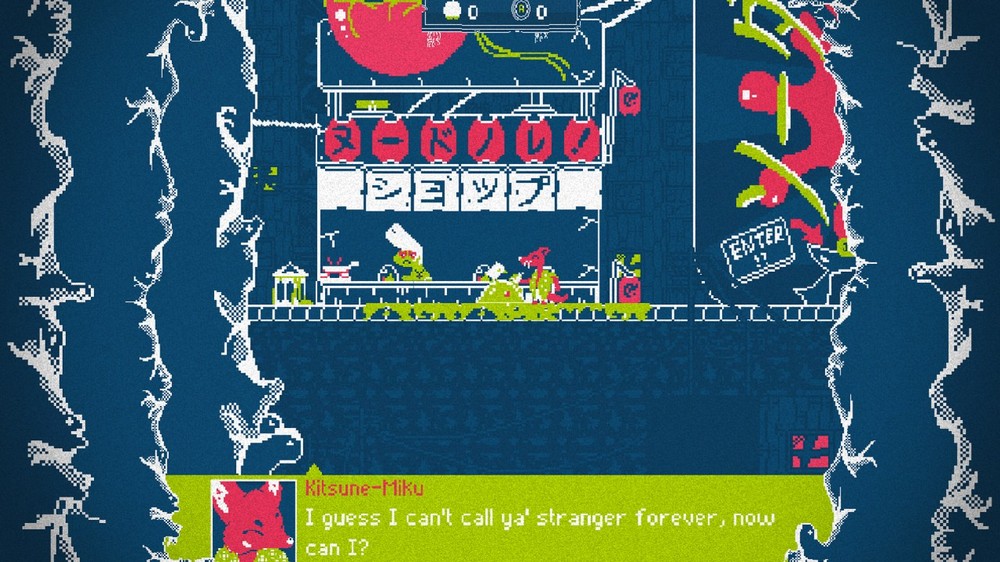 Between levels, Slime-san can visit Slumptown, where he can use the apples collected on each screen to buy new accessories and artwork from the various shops in town, talk to other characters, and even play a couple of games in the arcade.

Once the central story is completed, new levels and modes become available – including two extended storylines that were released as DLC for the Nintendo Switch but are included as part of the Super Slime Edition.  Other options include additional Boss Rush and Speed Run modes, as well as the ability to tweak difficulty and level designs to make second and third run-throughs feel completely revised. 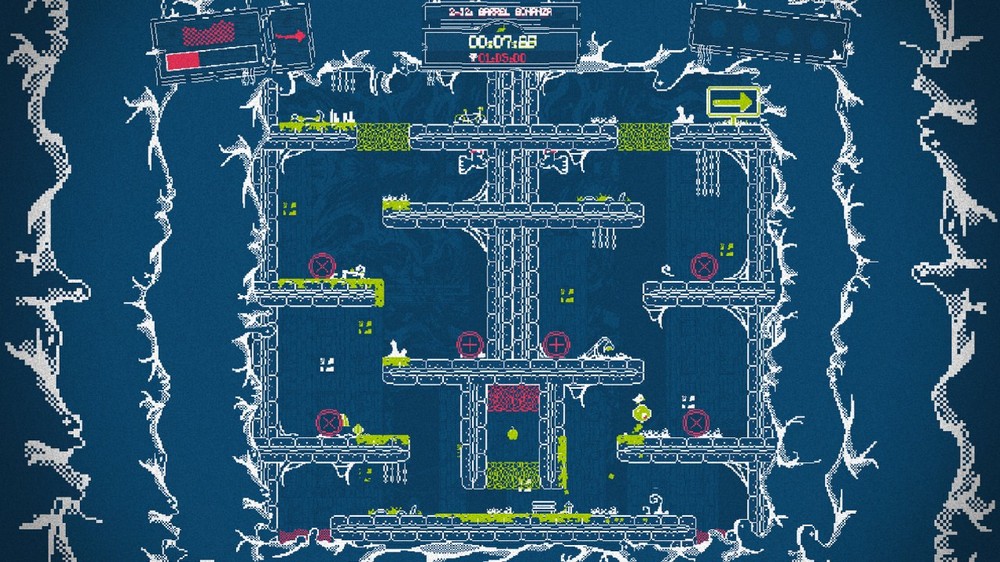 While my initial impression of Slime-san may have been a bit lackluster, I found myself quickly immersed in the white-knuckle old school arcade-style gameplay.   Veteran gamers are sure to find some real enjoyment in Slime-san: Super Slime Edition and younger gamers will appreciate the retro-style presentation. 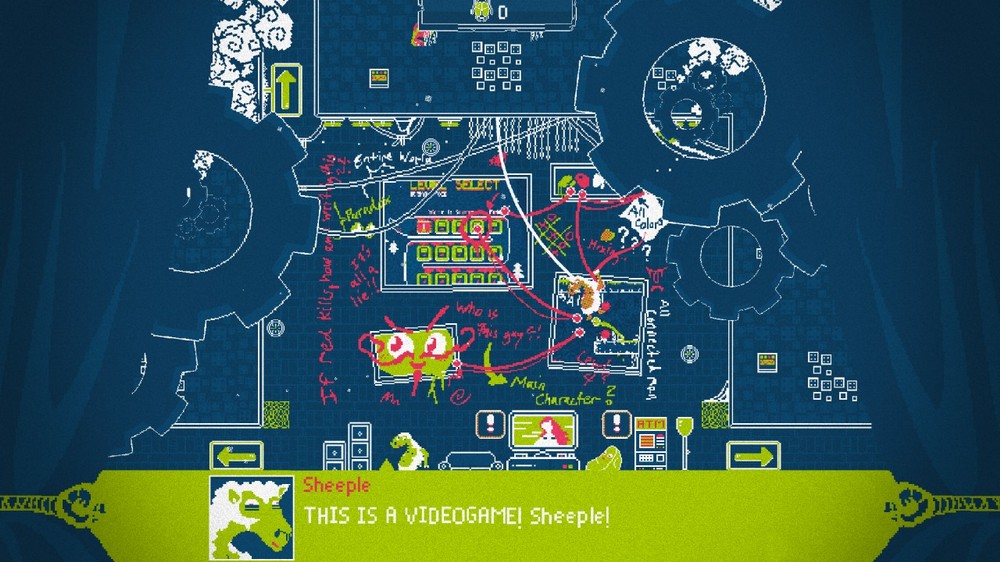