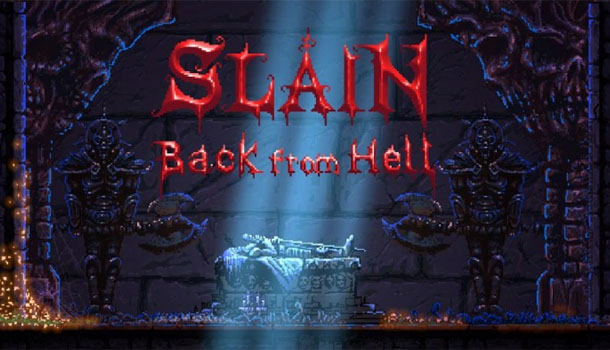 As I’ve mentioned before, we live in the age of developers recreating their pasts. This phenomenon can have both positive and negative effects. On the bright side of the equation, old genres are having life breathed into them for the first time in years. Genres that haven’t been improved and iterated upon in more than a decade are seeing new players coming to them. However, phenomenons can also lead to repetition. There are so many “RETRO 8-16-BIT HOMAGES” that it can be difficult to tell one from the other. Thankfully, Slain avoids this pitfall, but stumbles a bit in the process. 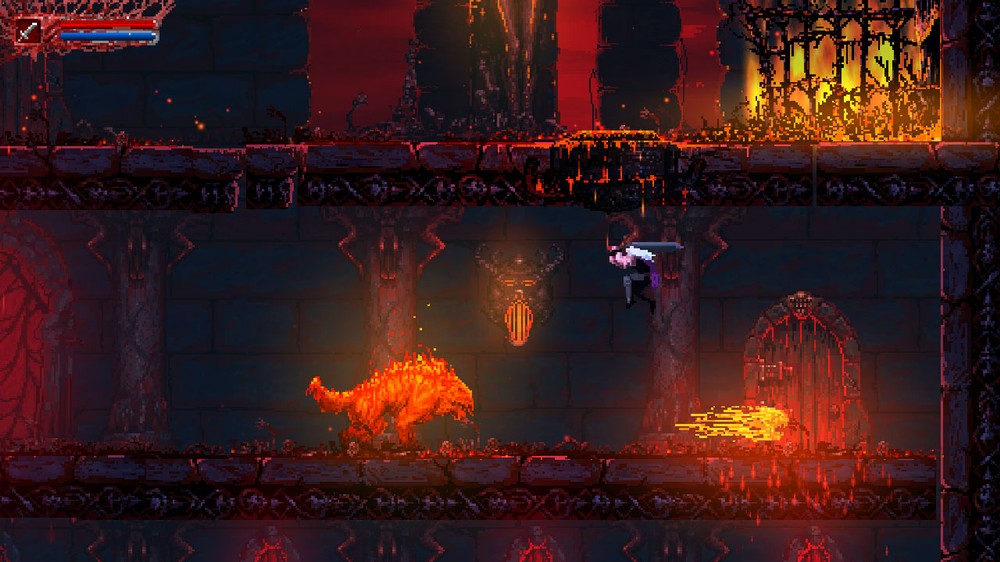 Slain harkens back to the 16-bit Castlevania era of side-scrolling difficult platformers, but seperates itself by adopting a heavy metal/blood and guts asthetic. It wears it well, and the game benefits greatly from the look. As mentioned, it’s a difficult game that seems similar in tone to Volgarr The Viking; enemies are methodical and punishing to those seeking a quick run through a level. It can be a rocky road for those with less patience, but for those who have the patience, it’s a somewhat-rewarding experience.

The game is at it’s best when there’s just enough enemies on screen to lead you in a ballet of block, parry, attack, and repeat. It can be almost elegant at times, but when the enemy timing is off, or there’s too many on-screen to keep track of, that timing goes out the window and it becomes about damage management- “how many hits can I take without dying while I struggle to take each of these monsters out in order of whatever I can reach first?” 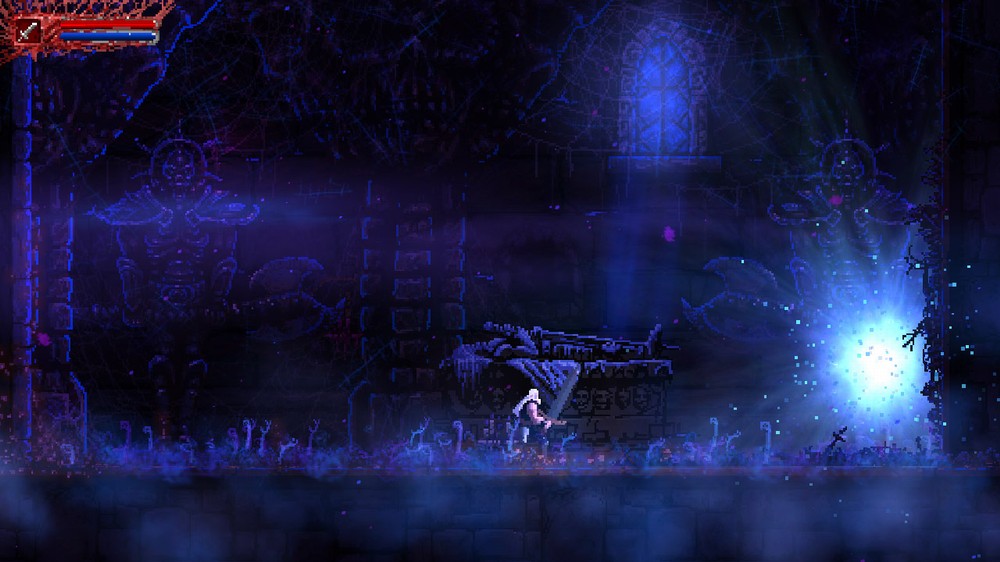 Additionally, the game can feel like it’s trolling you at times. Sure, there’s the Soul’s approach of punishing the player for not paying attention to their environment, but Slain takes it a step further by tossing 1-hit-kill traps your way directly after tough boss encounters or at the very end of a grueling level, leaving you having to replay the entire thing all over again.

The combat is fine, as are the controls. I could have done with fewer platforming sections, but that may just boil down to personal taste. All in all, the game is a huge improvement over it’s previously-released version. Still, it’s a tough game that loses it’s appeal the longer it goes, and can leave lesser-steeled players turned off. 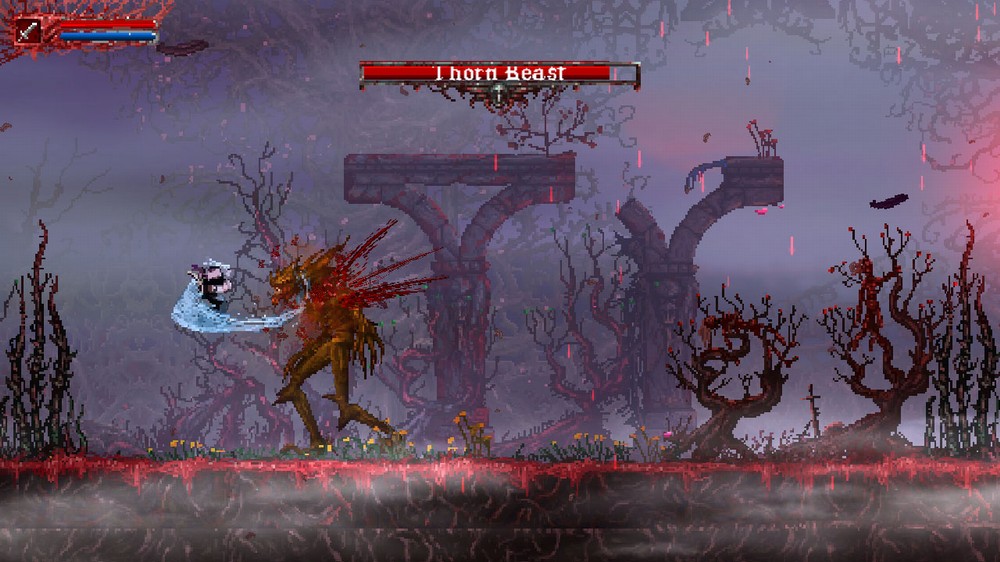