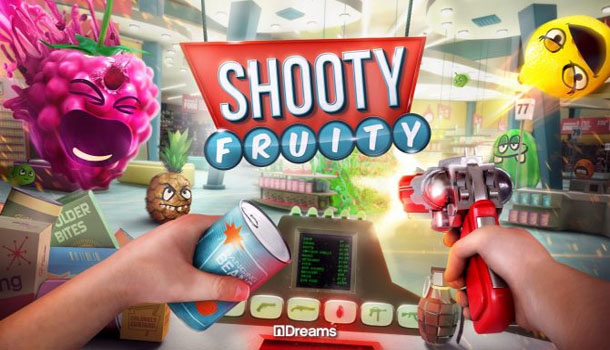 The time has come. The day has arrived. To shoot. The fruit.
Playable on PlayStation VR, Oculus Rift and HTC Vive.

Progress through your career from a produce scanning, pistol-wielding inductee to a Gatling Gun-firing human blender!  Newly revealed content, hot off the Super Megamart conveyor, include the game’s third job role – Packing parcels in the warehouse – and the Slow-mo power-up, which takes bullet-time combat to a new level of berry-bursting depravity.

In between the numerous shifts, new weapons can be purchased in the staff room, the game’s central hub where players can also customize and test their loadout, including, automatic shotguns, rocket launchers and more, or check out their high scores on the leaderboard arcade machine.