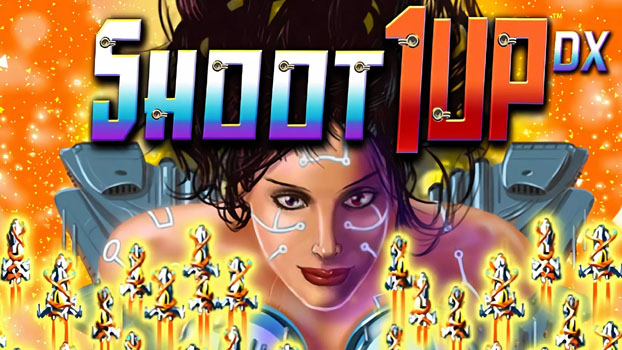 Shoot 1UP DX is now available for PS5 and PS4 in the Americas and Europe. Developers Mommy’s Best Games and Super Soul have taken special care to port their shmup darling to Sony’s consoles.

Shoot 1UP DX is an award-winning twist on the shmup formula: instead of hoarding each 1UP, you now may play all your ships at the same time. Starting with three ships, players can continue to build an armada of fighters, and deftly blast their way through 8 wild levels of alien forces.

Shoot 1UP DX is now available in the Americas and Europe on Playstation 5 and Playstation 4. Shoot 1UP DX has been remastered, with higher resolution art, new enemies, more levels, on-line leaderboards, and a locked framerate of 60fps. Exclusive to the Sony consoles are the exciting Trophies.

And despite a challenging process, developer Mommy’s Best Games managed to release Shoot 1UP DX to both Nintendo Switch and Xbox One, last year, to positive acclaim.

Key Features for Shoot 1UP DX in 4K